Anna Wintour On Vogue’s Political Leanings, Fur, and What She’s Wearing to the Met Gala 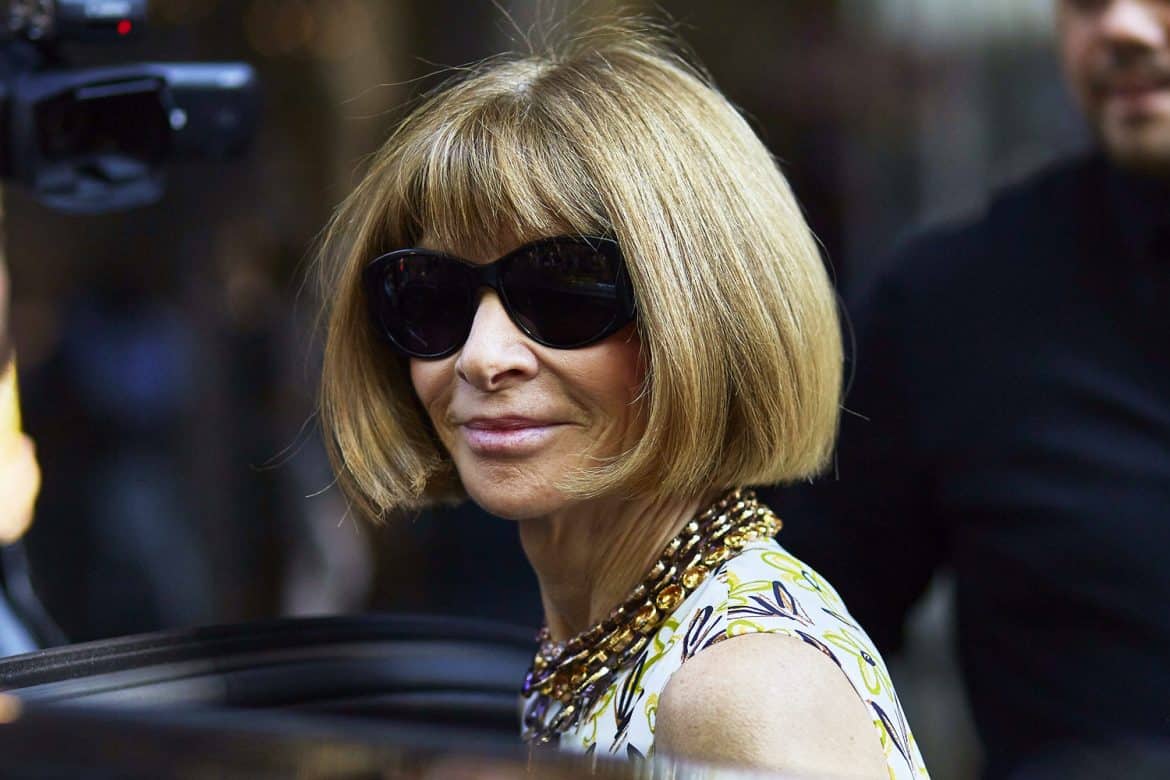 On Friday, CNN’s Christiane Amanpour sat down with Anna Wintour, interviewing the legendary editor and Condé Nast artistic director about some of the fashion industry’s most pressing topics. In the 22-minute long video Amanpour got Wintour to speak on everything from the women featured in Vogue, to playing tennis with Roger Federer.

When Amanpour asked whether or not climate change was an urgent issue for her, Wintour responded that it is a topic everyone she has spoken to in the industry is aware of, mentioning that she recently discussed it with an unnamed CEO of a major European company. “Everybody is making a five-year plan,” Wintour said. “Everybody is concerned about the climate crisis and what should be done to help. And obviously we’re very aware, as other industries are, that we have been at fault and what can we do in the relatively short amount of time we have to course correct.”

Amanpour also asked Wintour about fur, which has become a hot topic in recent years for environmentalists, animal rights activists, and the fashion industry at large. “Fake fur is obviously more of a polluter than real fur,” said Wintour, who went on to highlight the upcylcing of vintage fur as a sustainable alternative. Ultimately, Wintour said she thinks that the responsibility to be ethical and follow best practices is up to fashion houses. “We will make sure on our end that we are doing exactly the same thing.”

Vogue has long featured First Ladies in its pages, but it wasn’t until Hilary Clinton that one was given a cover. Wintour revealed that most First Ladies are cautious about how they want to be presented. “[They] nearly always [wear] a jacket. Maybe some pearls if you were Mrs. Bush,” she explained. However Michelle Obama, who appeared on the cover three times, changed the game. “She was fearless,” Wintour gushed, praising Obama’s ability to mix high and low fashion, and her support of unknown designers. “It was just such a joy for all of us that work in fashion.” 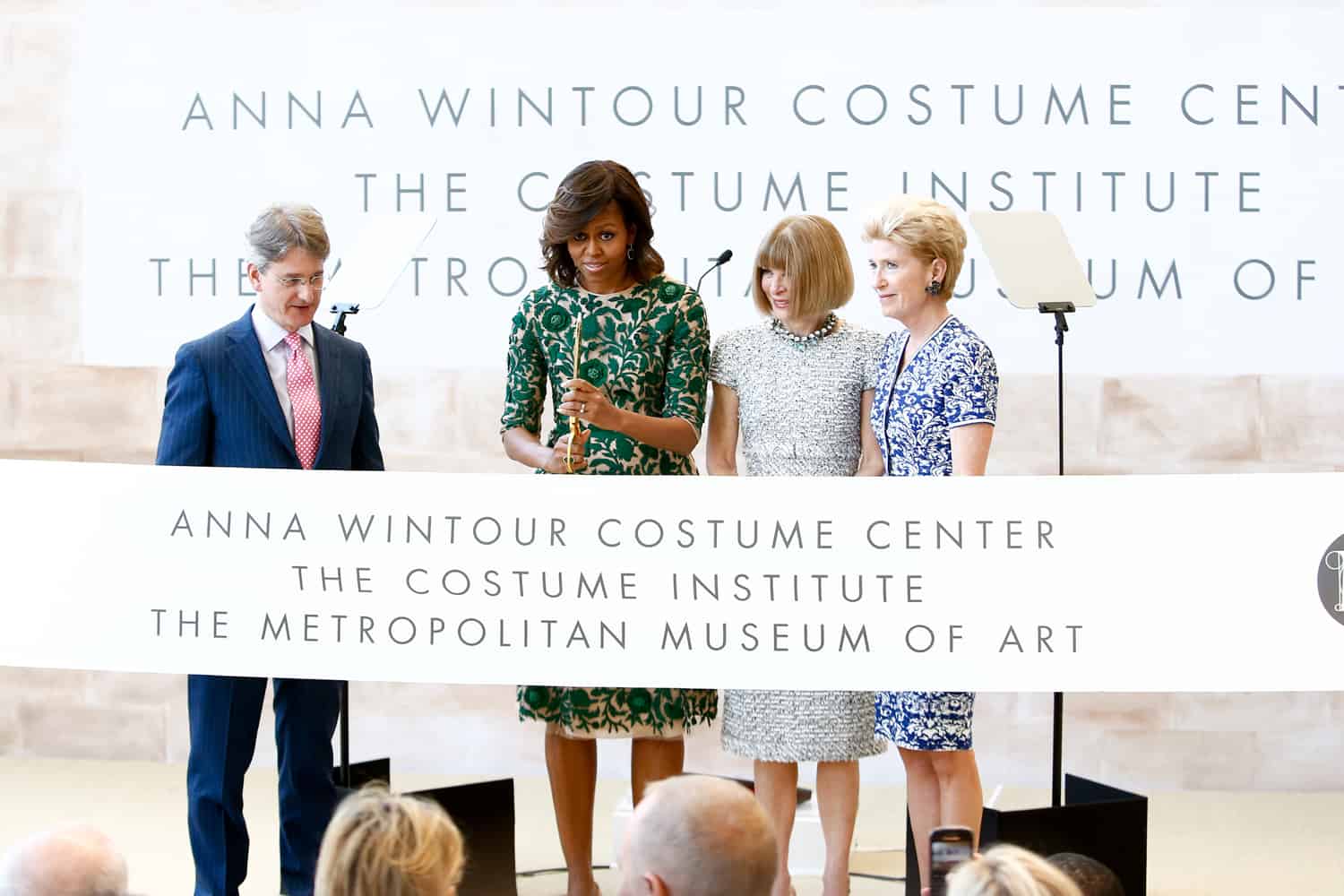 Of course, Wintour is a fan of more than just Mrs. Obama’s fashion sense, praising her work with veterans, her Let’s Move! public health campaign, and her support of the arts. “Mrs. Obama redefined the role of the First Lady. She was so open to everybody. She made the White House a place for everyone,” she said. “And she was just so inspiring to many women.”

When Amanpour pointed out that Vogue features many more Democrats than Republicans in its pages, Wintour responded, “It’s very, very important to have a point of view. We profile women in the magazine that we believe in the stand that they’re taking on issues. We support them in the fact that we feel that they are leaders.”

From profiling Senator Kamala Harris to discussing Prime Minsiter Jacinda Ardern of New Zealand (“With the tragedy that New Zealand recently went through I felt that she truly brought a country together in such a remarkable way that I haven’t seen many other leaders achieve”) Wintour made it clear which leaders she stands behind. “One has to be fair and look at all sides, but I don’t think it’s a moment not to take a stand,” she said. “You can’t be everything to everybody… You have to stand up for what you believe in, and you have to take a point of view. Our readers, our audiences, respect us. If they disagree, we would love to hear.” 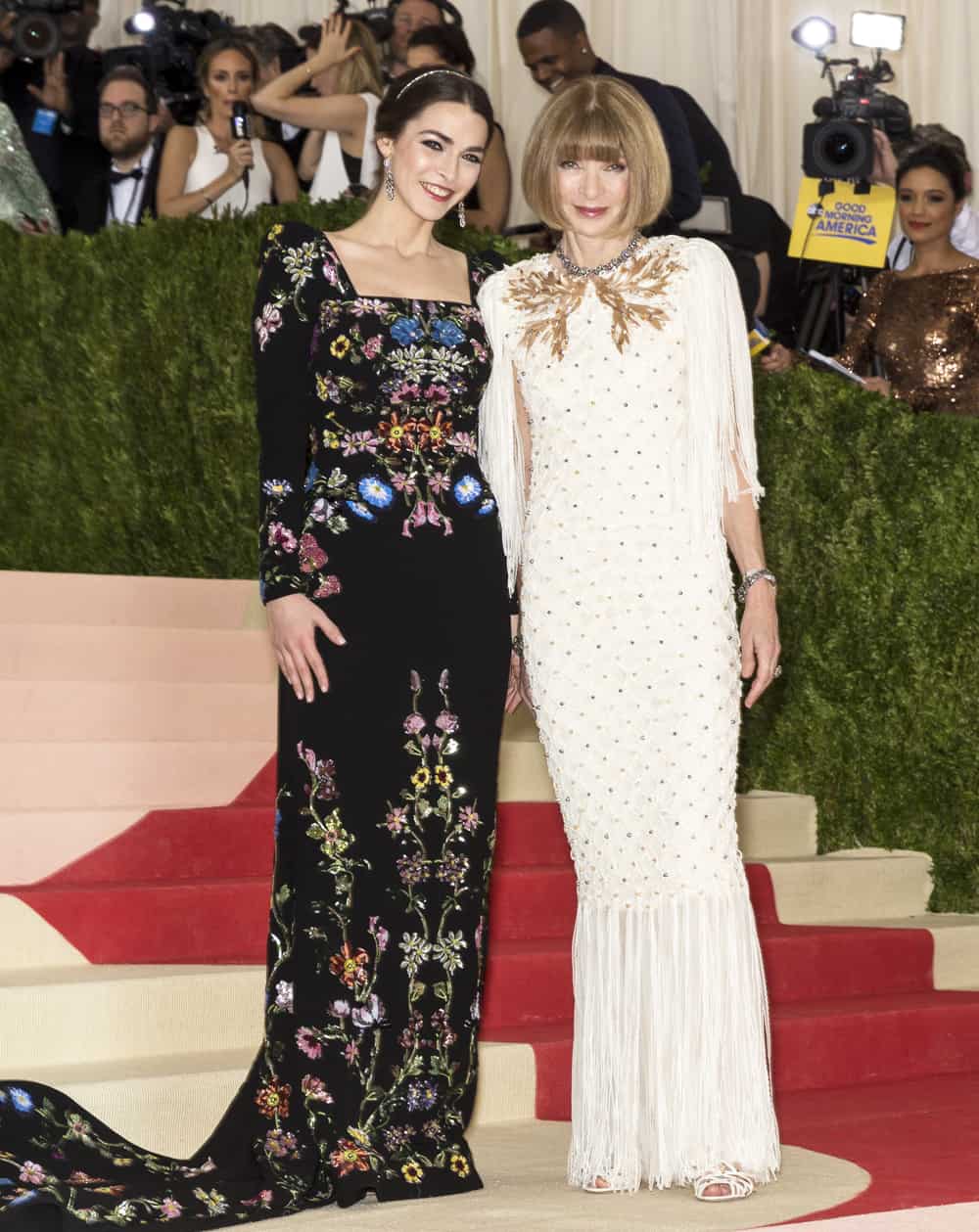 Of course, the interview wasn’t all serious. Wintour — a voracious tennis fan — also shared a charming story about finally getting to play a game with Roger Federer. “I had never played with Roger until this summer, when my daughter got married.” Apparently, Bee invited the entire Federer family to a weekend in the country as a surprise for her mother. “I think we had 40 or 45 people and he played with everybody” Said Wintour. “I was fortunate enough to play doubles with him against my nephews, age 11 and 13. And you know what? We won.”

Wintour also hinted at what she will be wearing to the Met Gala in May. “There’s a quote from the Sontag [essay] Notes [on Camp] that says camp is a women wearing millions of feathers. So I think I might be taking some inspiration from that.”