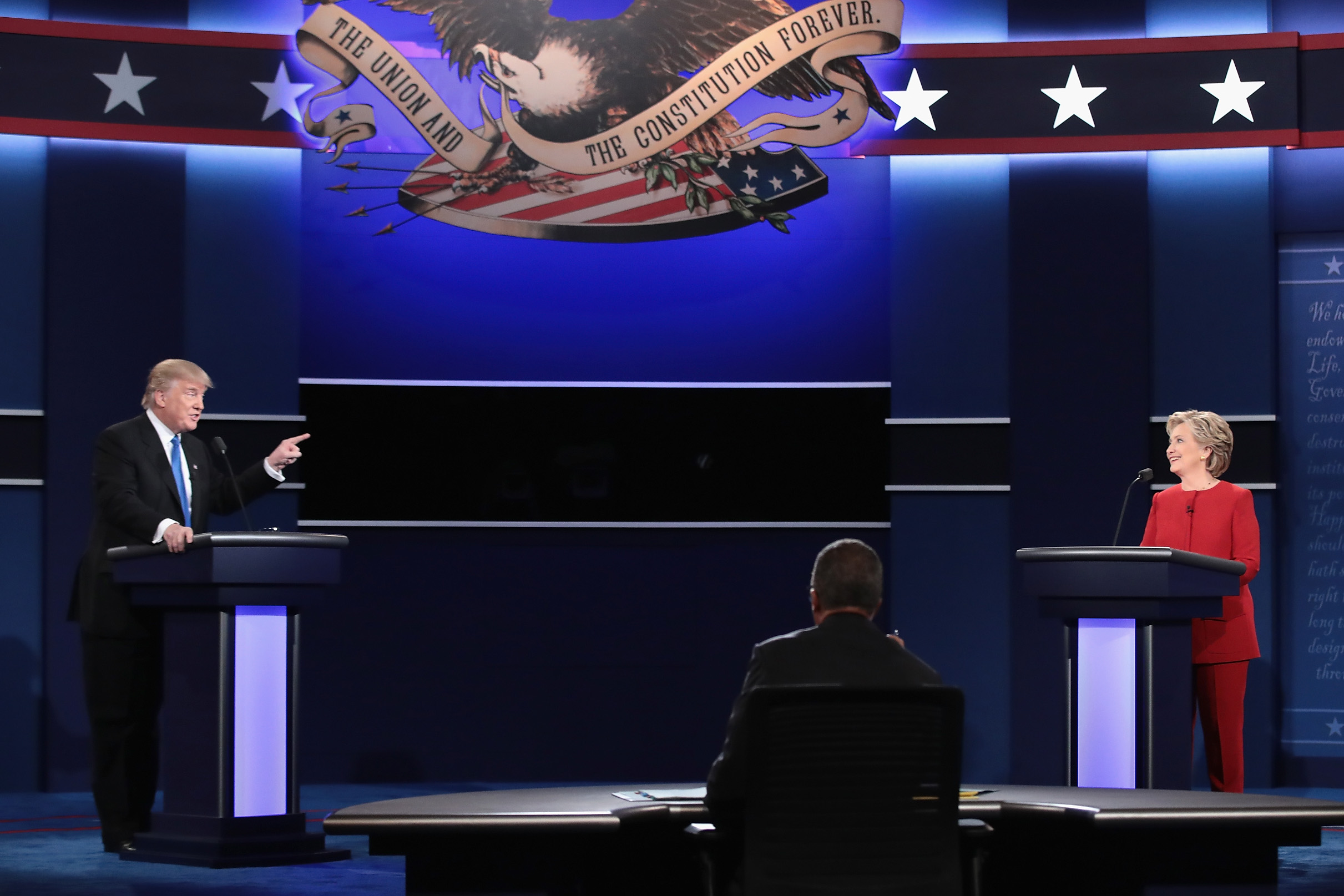 The four-city, four-week long fashion month hasn’t stopped American fashion editors from keeping up with what’s happening on the political front back home. At 3 a.m. Paris time today, a group of fashion editors covering Paris Fashion Week gathered at the Cigar Room at the Peninsula Hotel to watch Donald Trump and Hillary Clinton take on their first presidential debate, the New York Times reported. The fashion squad gathered for a PJ party of sorts, including Vanity Fair’s Michael Carl and Jessica Diehl, InStyle editrix Laura Brown, Nylon fashion director Joseph Errico, The Cut style director Rebecca Ramsey, and former Maxim EIC Kate Lanphear, who’s now leading Google’s Fashion Week search product. “Yes, we are exhausted given the show schedule, but it is absolutely worth it,” Carl told writer Elizabeth Paton. “It is so important to stay connected and feel part of the conversation, especially when we are far from home.”

They’re not the only crew in Paris zoning in on the election during Fashion Week. Anna Wintour and vice chairwoman of the Clinton campaign Huma Abedin will host a fundraiser at the Sonia Rykiel boutique on Saturday followed by a private dinner at the home of Lauren Santo Domingo.