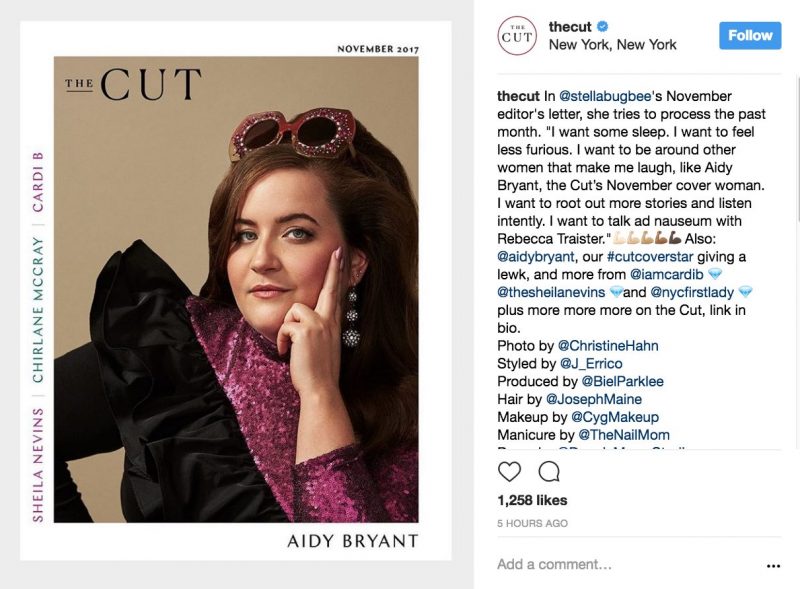 The Cut took to Instagram to debut its November 2017 issue with cover star Aidy Bryant. She was lensed by Christine Hahn and styled by Joseph Errico. The Instagram post, which features the SNL star in a very glam sparkly, sequin black and fuchsia number and Dolce & Gabbana frames, is captioned with the beginning of The Cut‘s Stella Bugbee‘s editor’s letter. She says, “I want some sleep. I want to feel less furious. I want to be around other women that make me laugh, like Aidy Bryant, The Cut’s November cover woman. I want to root out more stories and listen intently. I want to talk ad nauseam with Rebecca Traister.” The cover of the issue also teases features with president of HBO Sheila Nevins, Bill de Blasio‘s wife Chirlane McCray, and rapper du moment Cardi B.

Bryant shared her thanks for the cover, writing on her Instagram, “THANK YOU to @thecut & @stellabugbee for having me as their November #cutcoverstar . I’m such a true fan of their writing that this is a total dream!” 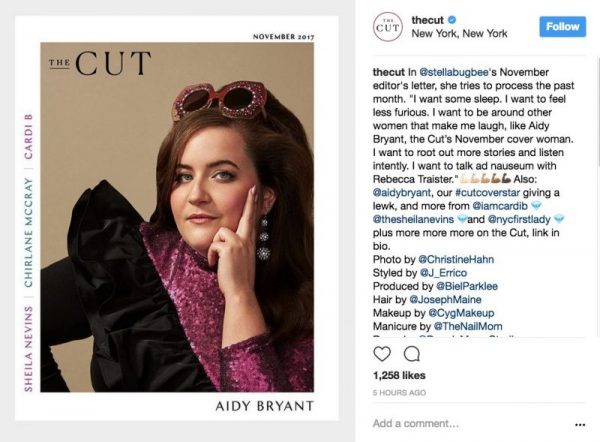