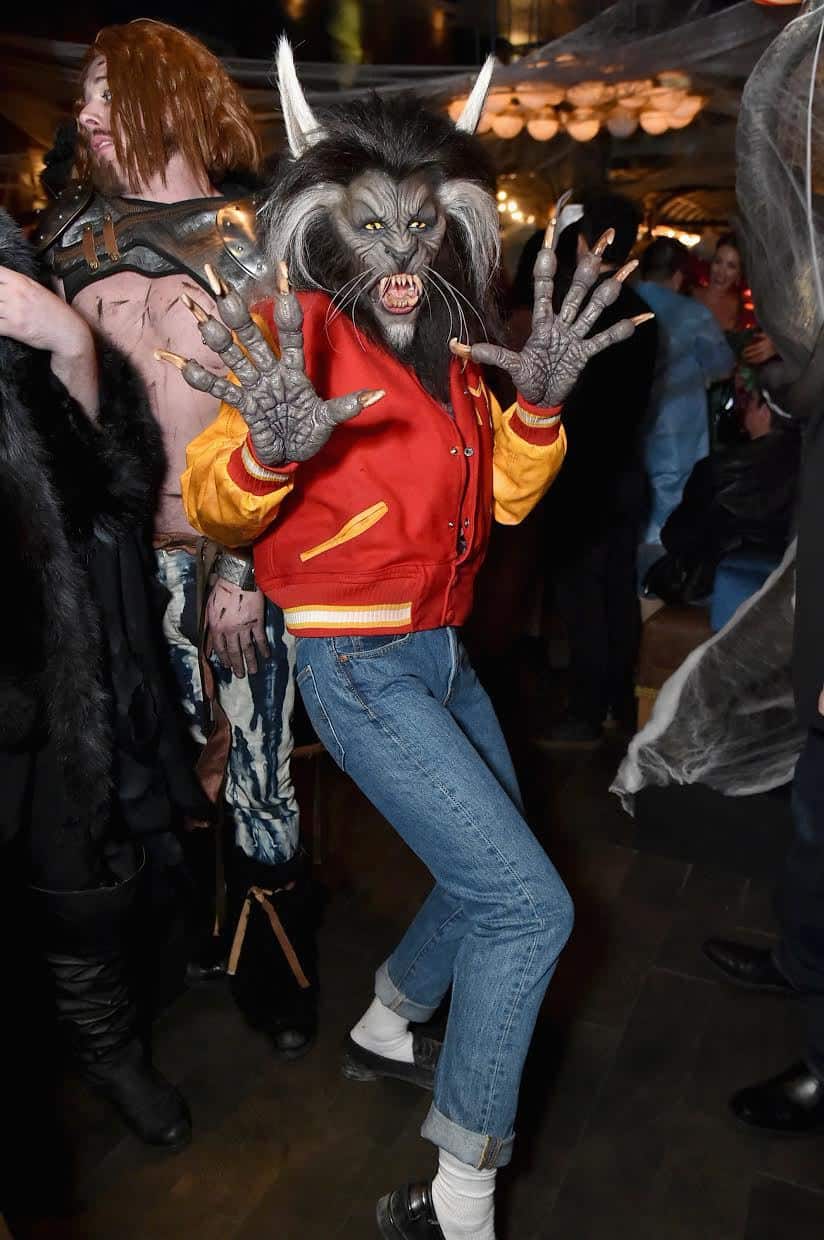 Heidi Klum‘s 2017 Halloween costume was quite the thriller, indeed. Never one to disappoint on the costume front, Klum dressed as a werewolf from Michael Jackson’s “Thriller” video for her 18th annual Halloween bash. There was no sign of supermodel in sight, with Klum undergoing a total makeup transformation complete with furry ears, fangs, spooky claws, and the classic red and yellow letterman’s jacket straight from the vid. Klum took to Instagram to document the long process of getting ready—you can see all the major steps in videos on her page.

Last year, Klum came with her own troupe of clones. In 2015, she went as Jessica Rabbit, and in previous years, she has dressed as a wizened version of herself, the inside of her body, and a butterfly.