Adele Is Back—And She’s An Open Book On Dating, Diet, And Divorce 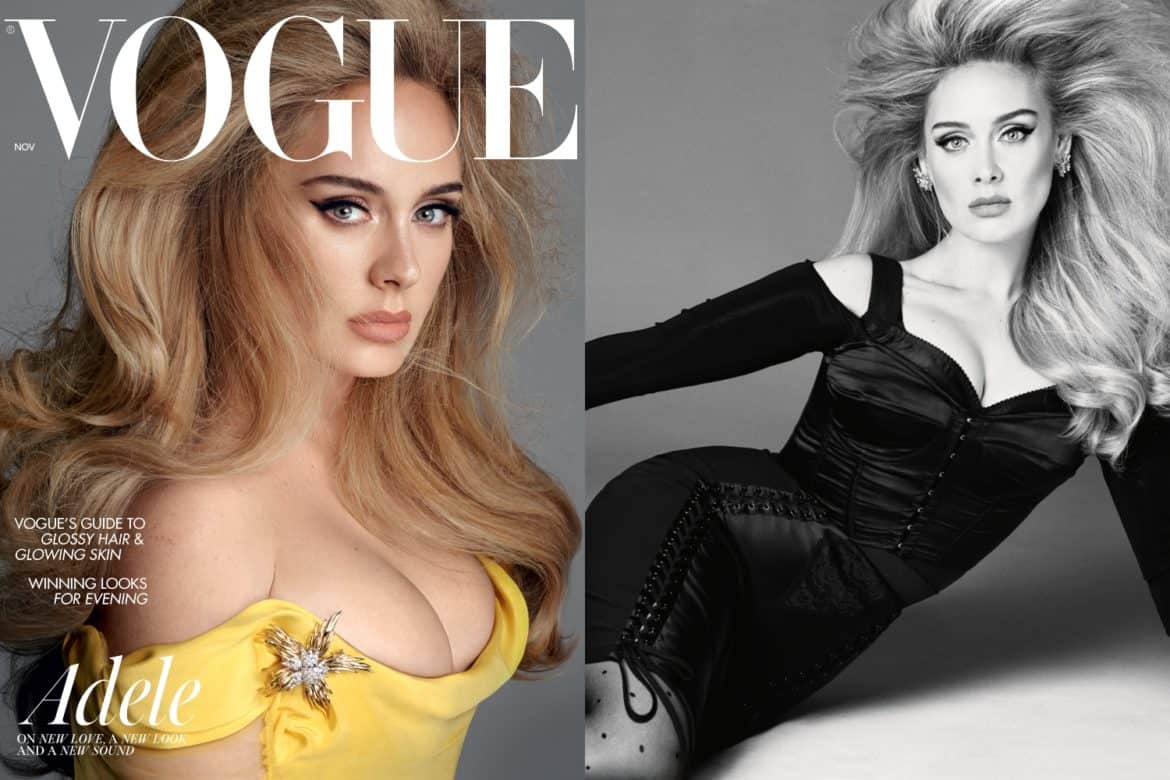 Global chart topper Adele is breaking the Internet today, thanks to not one but two Vogue covers soon to grace newsstands on both sides of the pond. (A first in the publication’s history.) Accompanying her dual covers, the artist sat down for her first interviews in five years and waxed lyrical about everything from the tabloids’ problematic obsession with her weight to personal highs and lows she’s battled privately since 2016. And with highly-anticipated new music on the way, you could say that Adele is ready for her closeup now.

Speaking candidly about the difficulties she was facing behind closed doors, she tells writer Giles Hattersley in the U.K. edition: “People were everywhere trying to get stories and I just hated it. I was embarrassed. I was really embarrassed. That thing of not being able to make something work. We’ve been trained as women to keep trying, even by the movies we watched when we were little. At the time it broke my heart, but I actually find it so interesting now. How we’re told to suck it up.”

With her next single set to drop on October 15, which will be followed by her third studio album ’30,’ Adele says that she wrote a lot of the material for her young son. “I just felt like I wanted to explain to him, through this record, when he’s in his twenties or thirties, who I am and why I voluntarily chose to dismantle his entire life in the pursuit of my own happiness,” she says. “It made him really unhappy sometimes. And that’s a real wound for me that I don’t know if I’ll ever be able to heal.”

The event she’s referring to is the end of her marriage to Simon Konecki, which she says “just wasn’t right for [her] anymore.” “I didn’t want to end up like a lot of other people I knew,” she says. “It wasn’t miserable miserable, but I would have been miserable had I not put myself first. But, yeah, nothing bad happened or anything like that.”

The 33-year-old’s 100 lbs weight loss has been a subject of fascination for the media over the last two years, and the amount of people who have claimed scrupulously to be her trainers or nutritionists is “disgusting” in her eyes.  She clarifies: “You know a hundred per cent of the stories written about me have been absolutely fake. The people that came out being like, ‘I trained her,’ I’ve never met in my life. It’s disgusting.”

She adds: “And I haven’t done any diet…No intermittent fasting. Nothing. If anything I eat more than I used to because I work out so hard. Adele explains that her exercise routine came about as a way to counteract her anxiety. “Working out, I would just feel better,” she says. “It was never about losing weight, it was always about becoming strong and giving myself as much time every day without my phone. I got quite addicted to it. I work out two or three times a day.”

For more, read the full article on Vogue.co.uk.