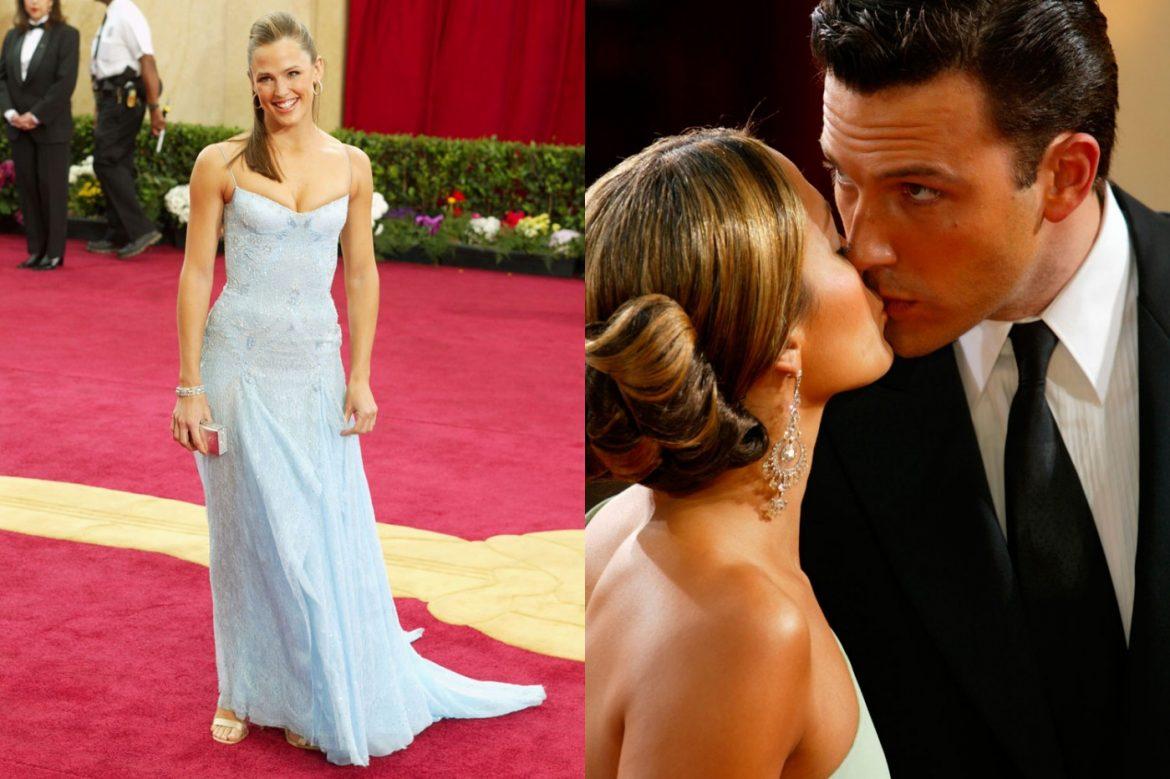 The 90th annual Academy Awards are this Sunday. Who will win? Who cares! Most of the people who tune in to the show haven’t even seen the nominated movies anyway. It’s not really about that. It’s about celebrities and sweet, sweet red carpet action! In preparation for said sweet action, let’s take a look back at the sweet (and not so sweet) action from fifteen years ago. The year: 2003. The place: the Kodak Theater in Hollywood, California. Bring on the nostalgia!

1. Let’s start with something wonderful — Julianne Moore in green Yves Saint Laurent, designed by Tom Ford.
Oh my gorb! Could she be any more gorgeous? This was the year Moore was nominated in both acting categories — Best Actress in Far From Heaven and Best Supporting Actress in The Hours. Moore did not win either award, which was a travesty because she was freaking incredible in both roles. Not to take anything away from Nicole Kidman and Catherine Zeta Jones, who won for The Hours and Chicago respectively, but Moore was robbed! Robbed, I tell you! 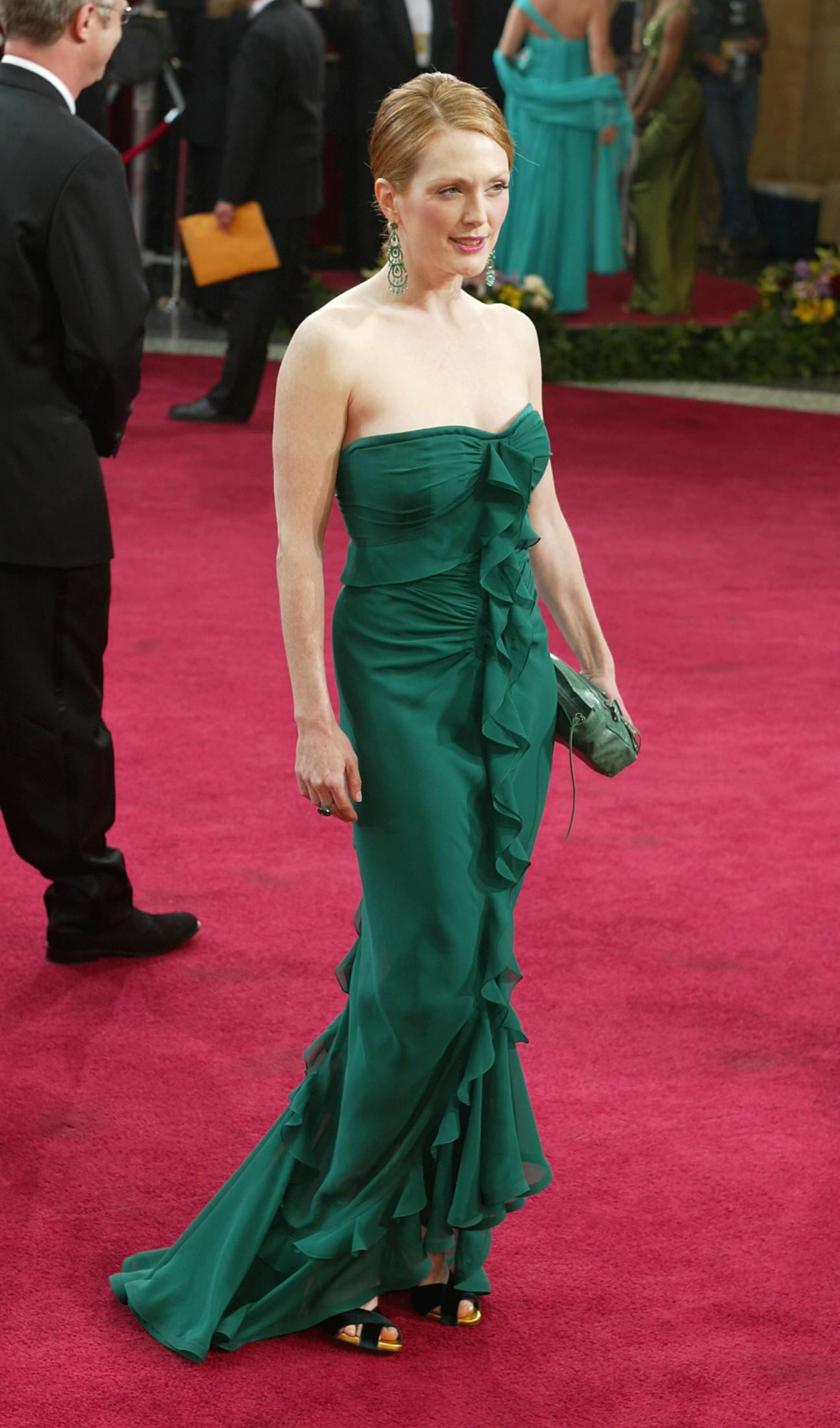 2. Sean Connery wore a pirate shirt.
Why Sean? Why? I suppose by today’s standards the look is very “Gucci” but even so there is a time and a place for everything and, honestly, here he looks like he accidentally overdressed for the grand opening of a new Long John Silver’s. Not very 007. 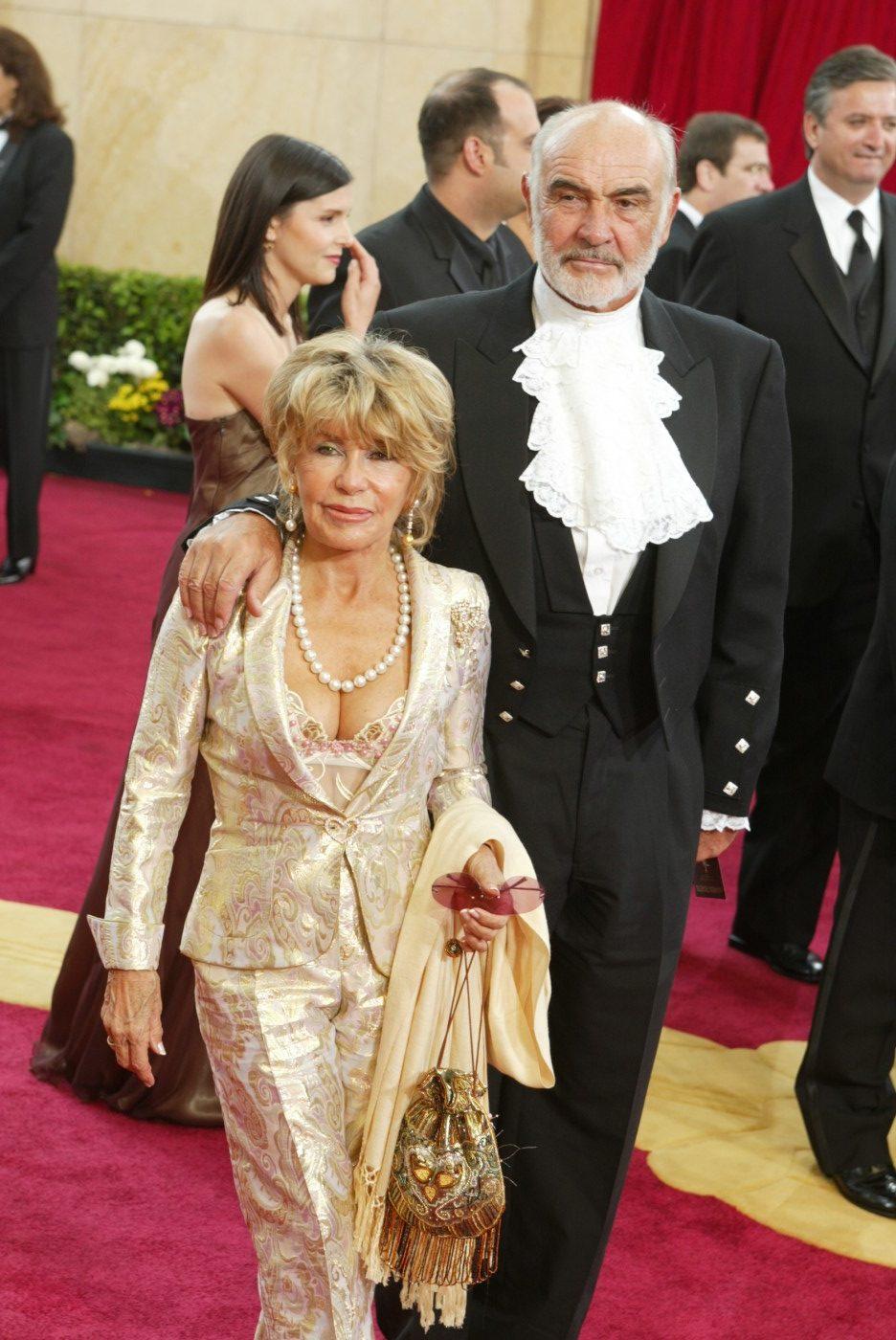 3. Bennifer had this SUPER awkward kiss.
Remember Bennifer? That was 15 years ago, people! Do you feel old yet? Anyway, just look at his face. Awkward! (Also, can we all just take a minute to acknowledge the Cheeto-level orange-ness of his face? He’s a freaking jack-o-lantern! And look at the makeup line at his jaw!) 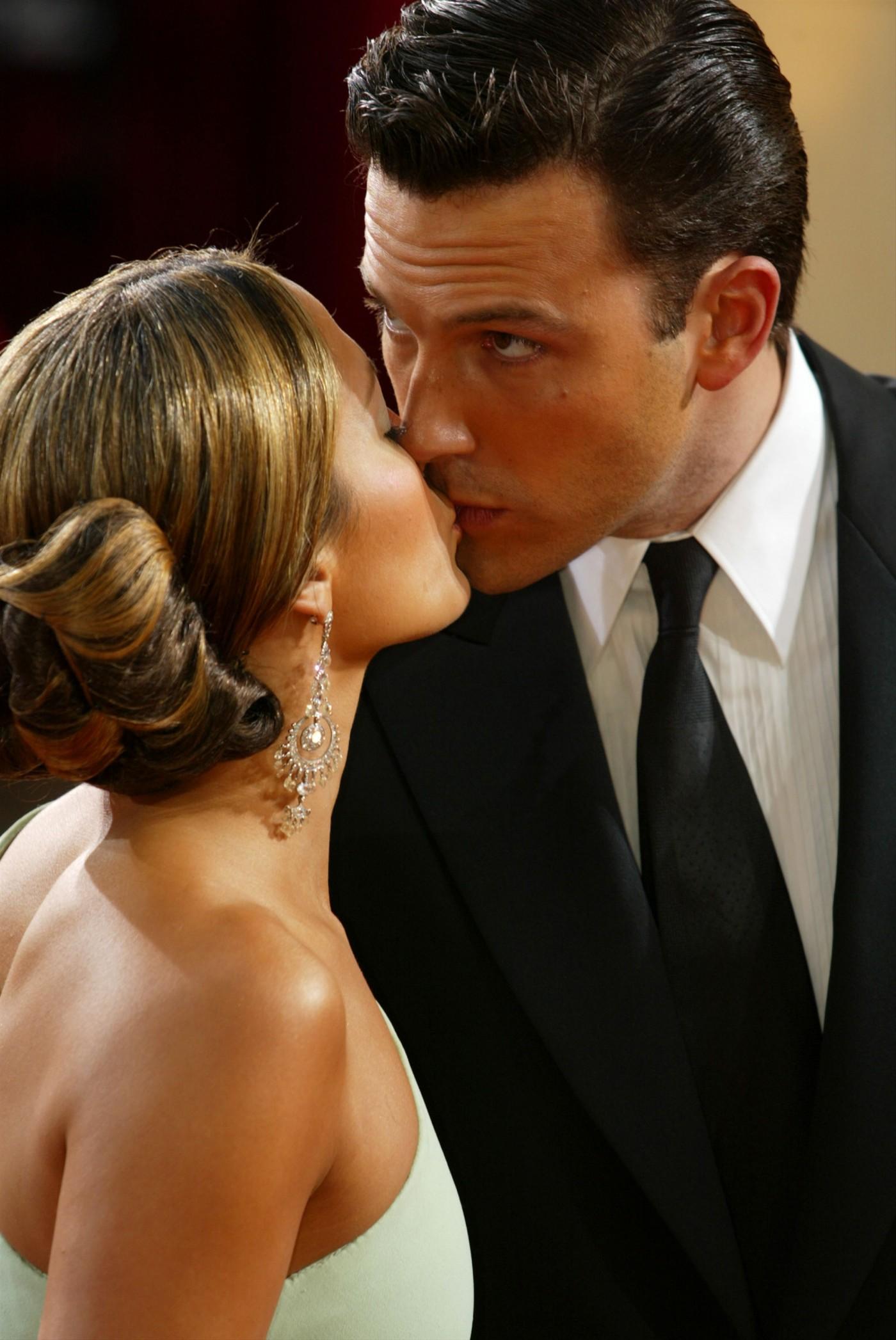 Actually, they both looked super uncomfortable that whole night. Chemistry? Not a lick of it. Makes you wonder if maybe they had already broken up and were just putting on a show for the press, hoping that it would help their movie Gigli. No such luck there! 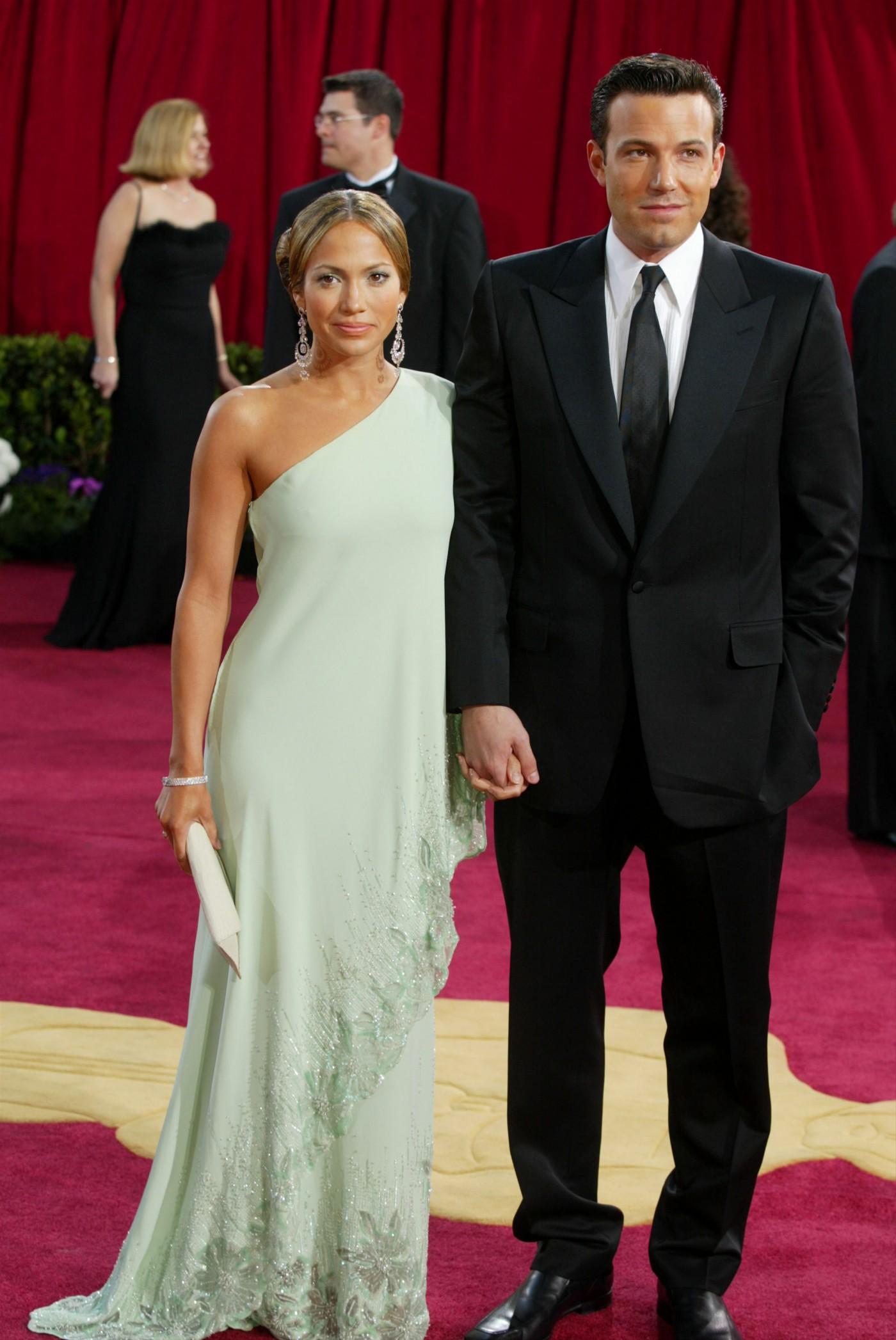 4. Jennifer Garner decided to punish her breasts by mashing them into this super ill-fitting dress.
She’s smiling through the pain because that’s what Jennifer Garner does, but dang, girl! I mean, seriously, my chest hurts just looking at you in that ice blue torture-bodice. 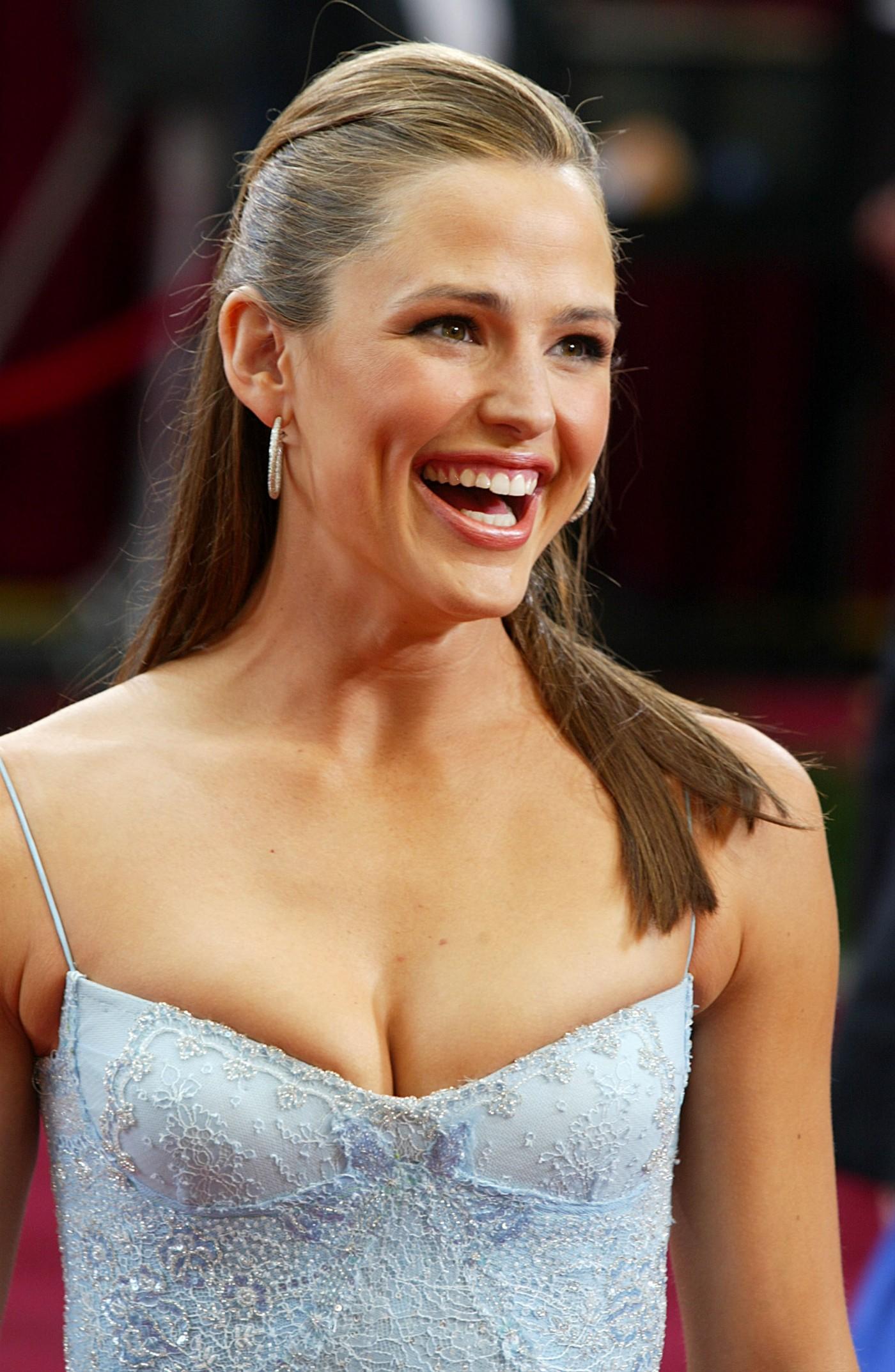 The whole look was very Elsa from Frozen, but this was before Frozen was a thing, so I’m not sure if it counts. Either way, Jennifer probably loved the dress or she wouldn’t have worn it and that’s what’s important, even if it does give me sympathy boob pain. 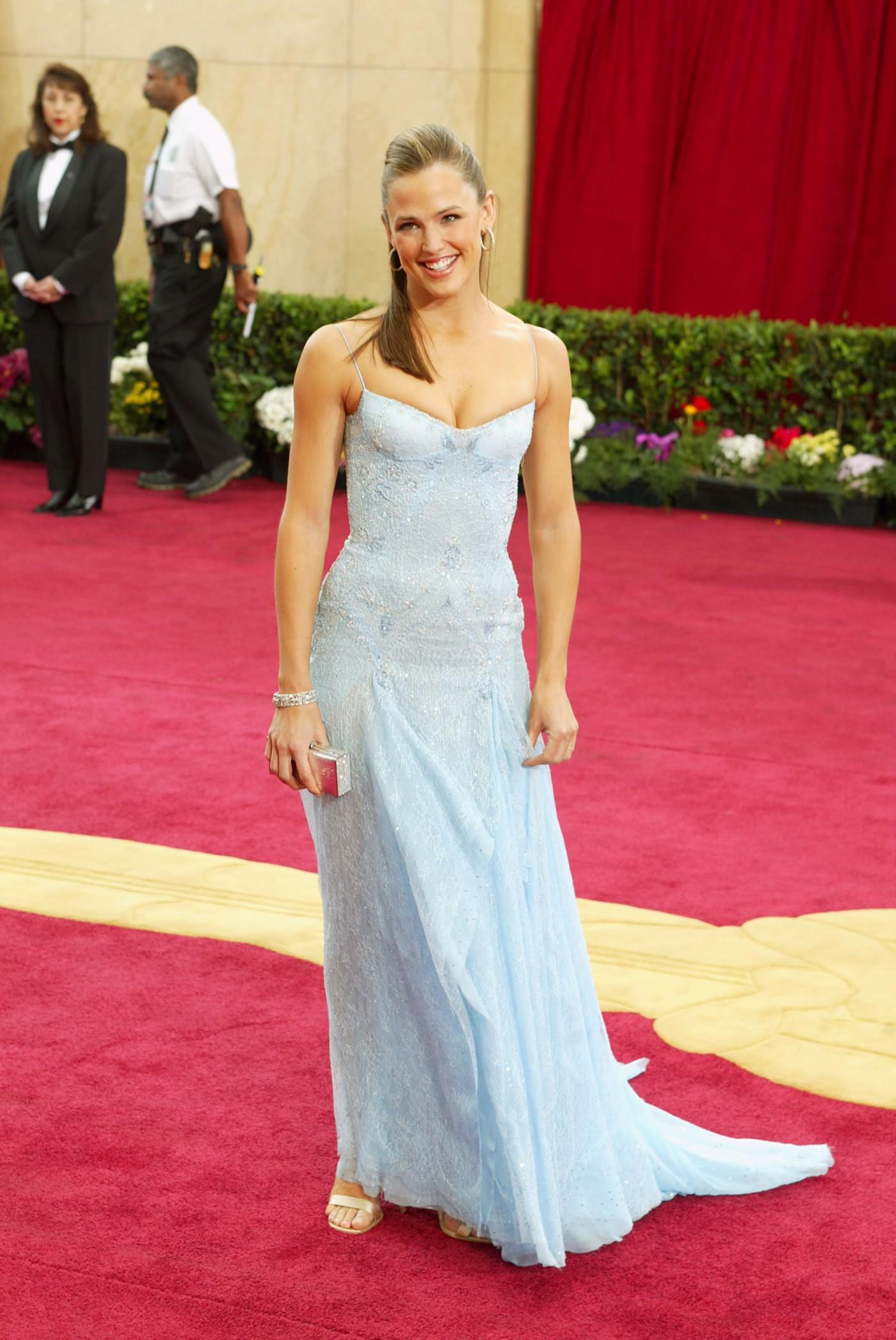 5. Harvey Weinstein was there with his first wife, Eve Chilton.
She looks thrilled, doesn’t she? They divorced the following year. 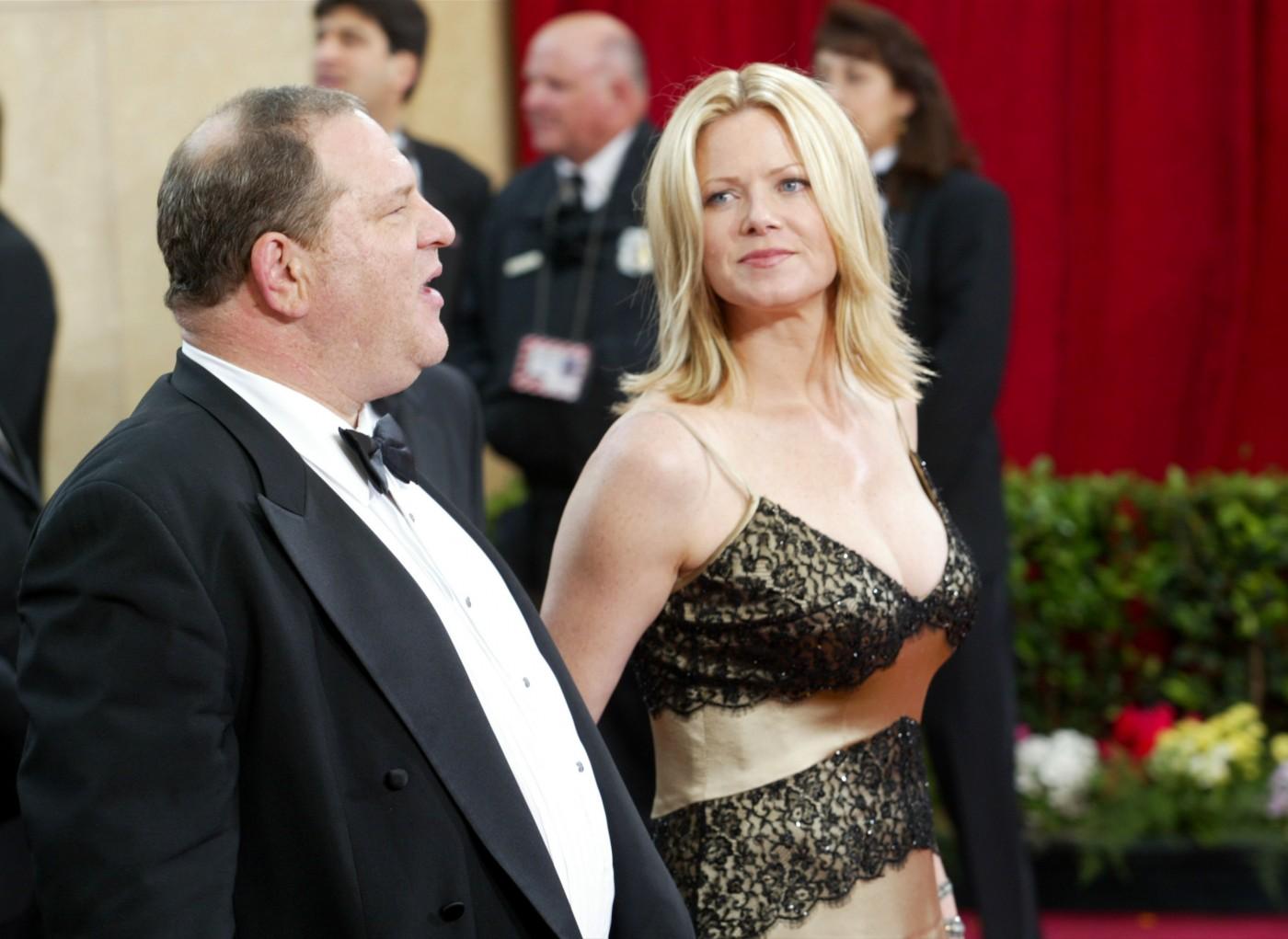 6. Tatum O’Neal brought her daughter, Emily.
That was sweet. 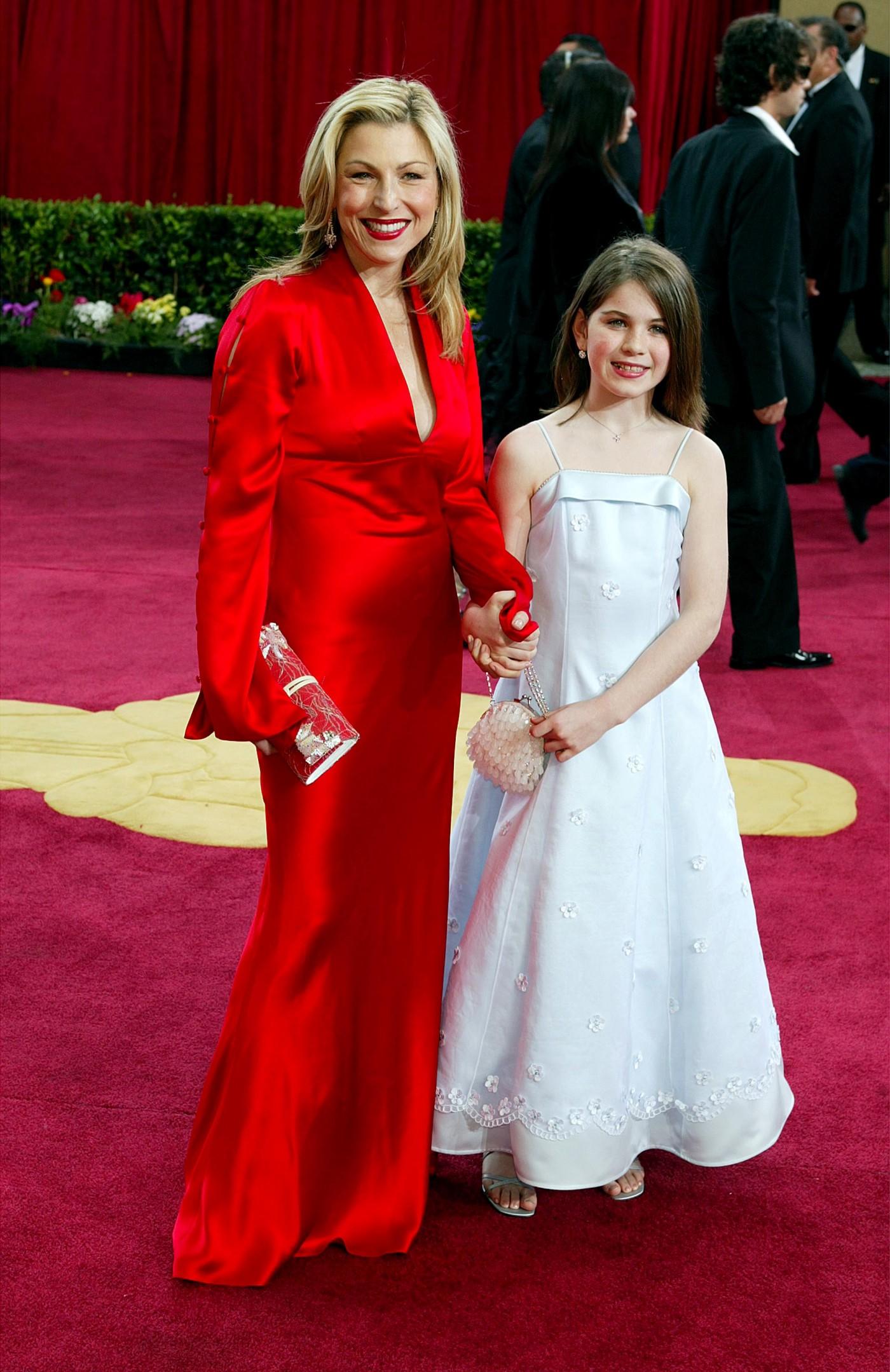 7. These two nutjobs showed up.
Their names are Stardust and Evan Sugarman. Apparently they were designers. Designers of what, I’m not sure. They look like they are about 16 inches tall in this picture, though. 16 inches tall and on their way to fight in the thunderdome! And, no, that’s not an insult, because that is clearly the look they were going for. 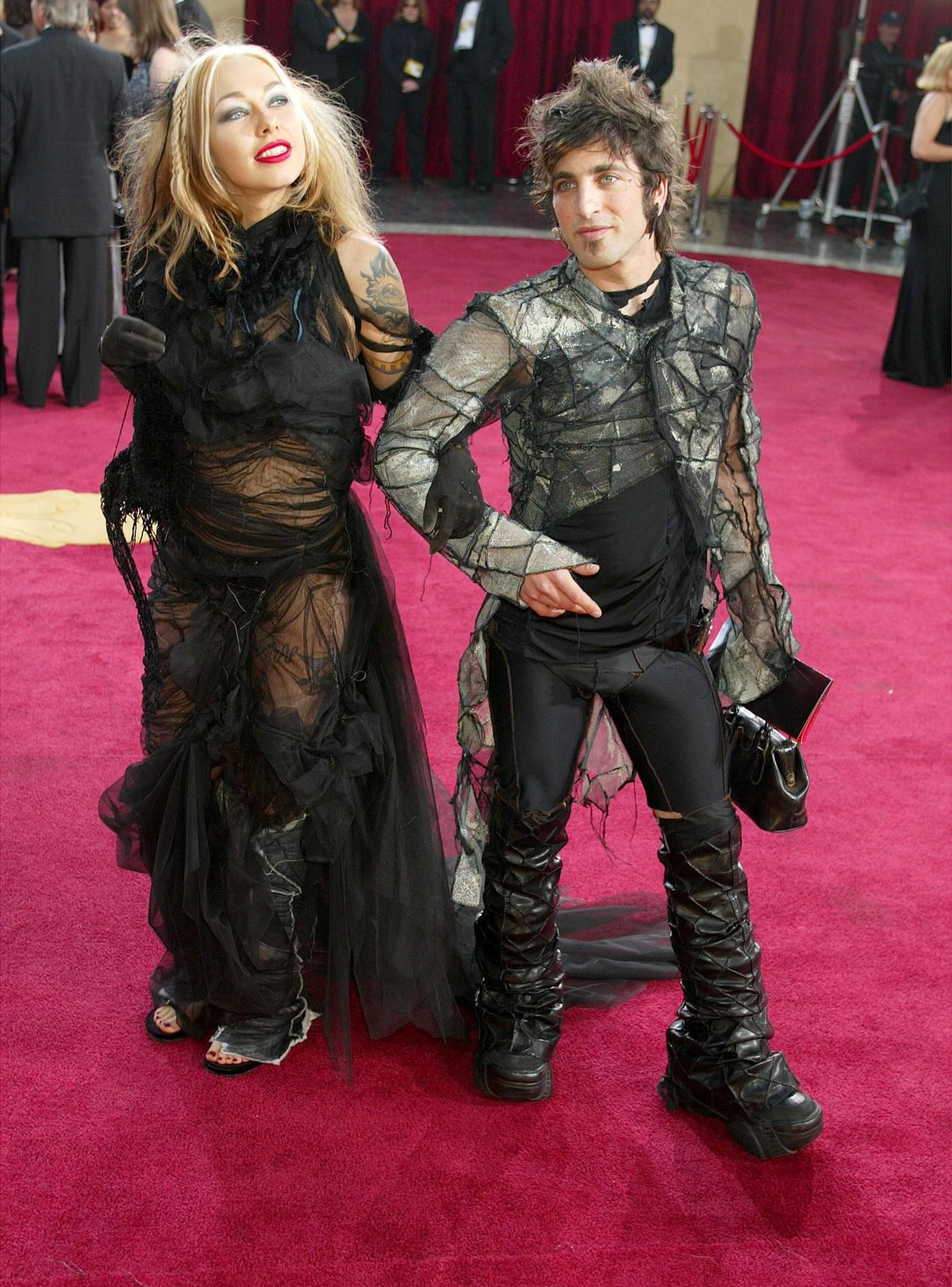 8. Selma Hayek had, quite possibly, the worst red carpet moment of her life.
This is not a comment on Selma as a person. We all have hits and misses. Selma is fabulous and she’s married to a billionaire now, so what the fuck does she care if someone doesn’t like a dress she wore 15 years ago? That said, what a stinker this was! The top is very “granny in the boudoir” and the skirt looks like it was made out of an over-starched table cloth. Again, love you, Selma, but blegh! 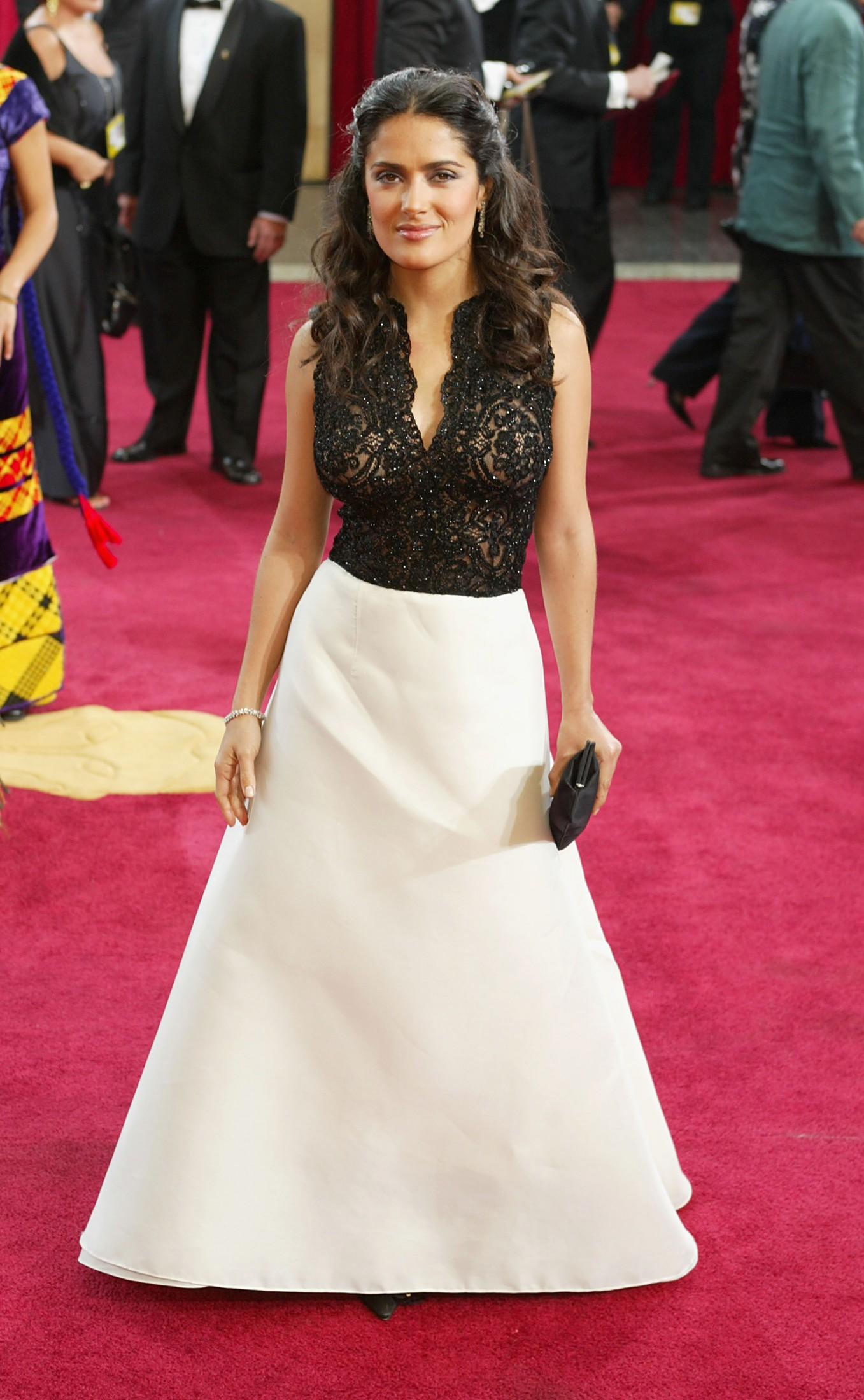 9. Colin Farrell showed up with two dates.
It’s way less weird when you know that the one on the right is his sister, Claudine. Still, there’s just something about it. I dunno. Let’s move on. 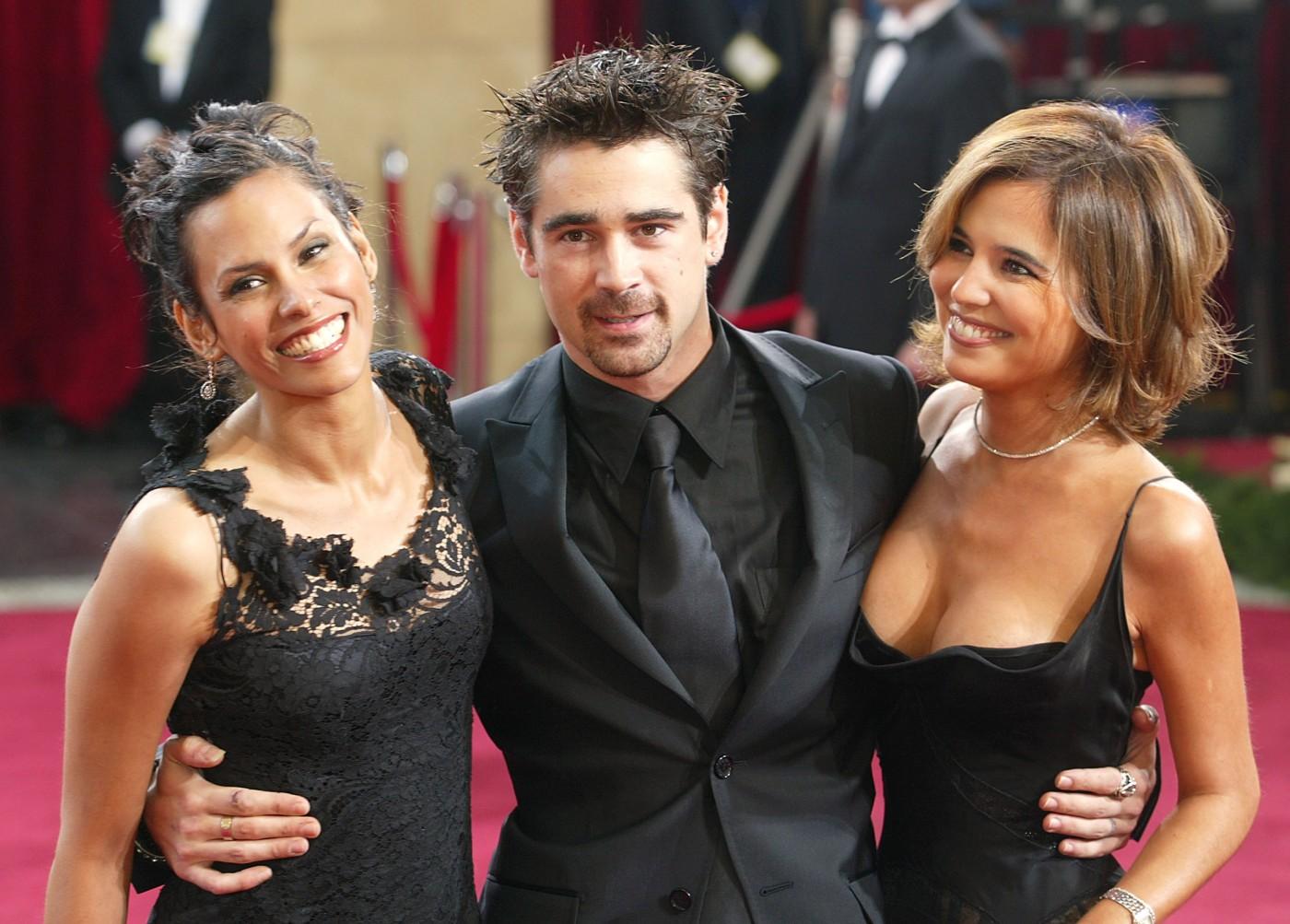 10. Halle Berry was there.
This woman looks the same now as she did back then. It’s freaking weird! Admit it, Halle, somewhere there is a portrait of you looking busted AF, right? Because this is some Dorian Gray  shit right here! 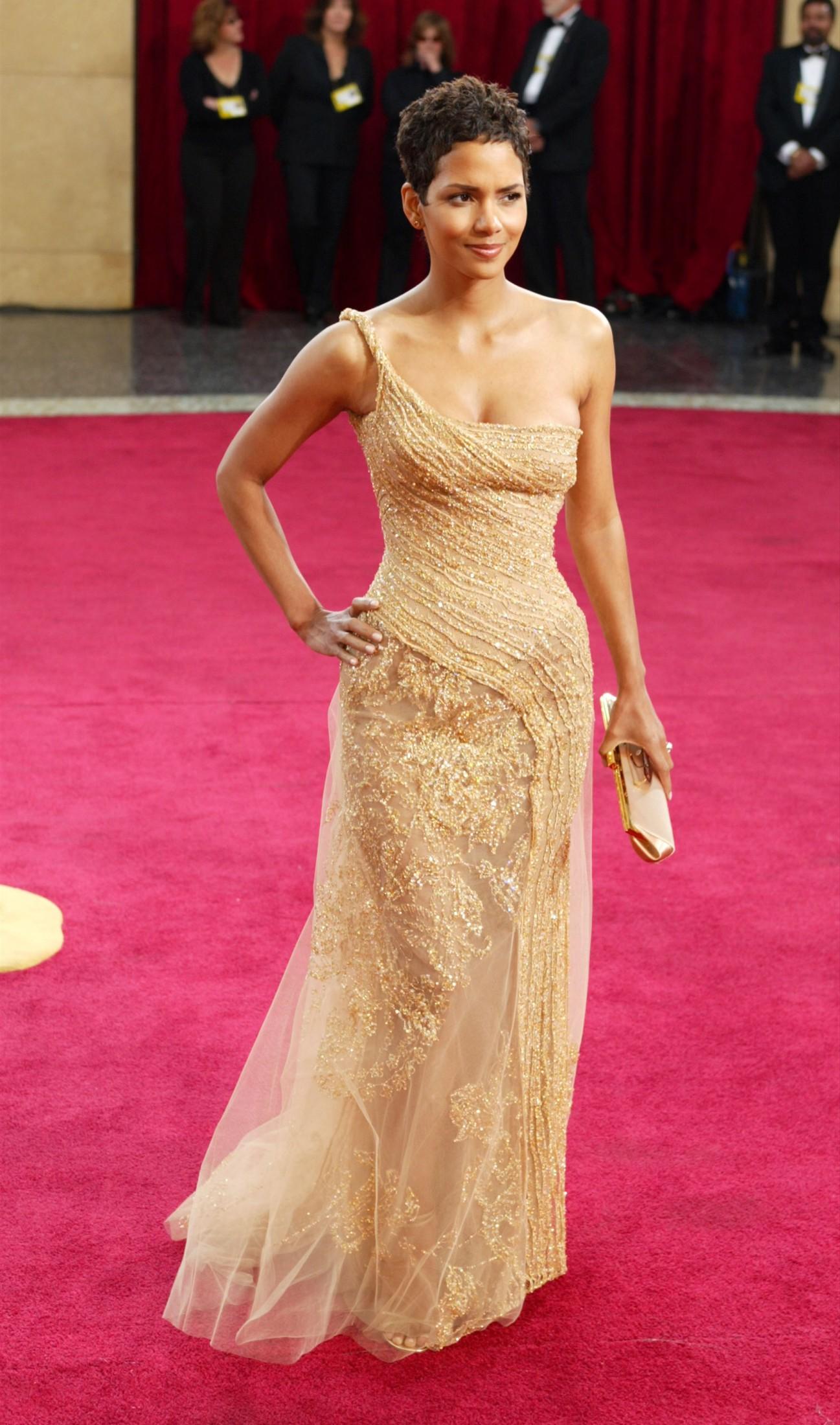 11. Kate Hudson was still doing her whole peace-sign-love-child thing.
Almost Famous was three years, ago, Kate. Move on already! How gorgeous was that dress, though. I wanna say it was Valentino. It looks like Valentino.  Valentino when Valentino designed Valentino, not Valentino now. Although it could be Valentino now. Maybe not after the couture collection Pierpaolo Piccioli showed last month with all its voluminous color blocking and giant feather hats, but, then, a lot of designers go commercial for the red carpet. I mean just look at Prada? Wait… what were we talking about? I forget. Whatever. Moving on! 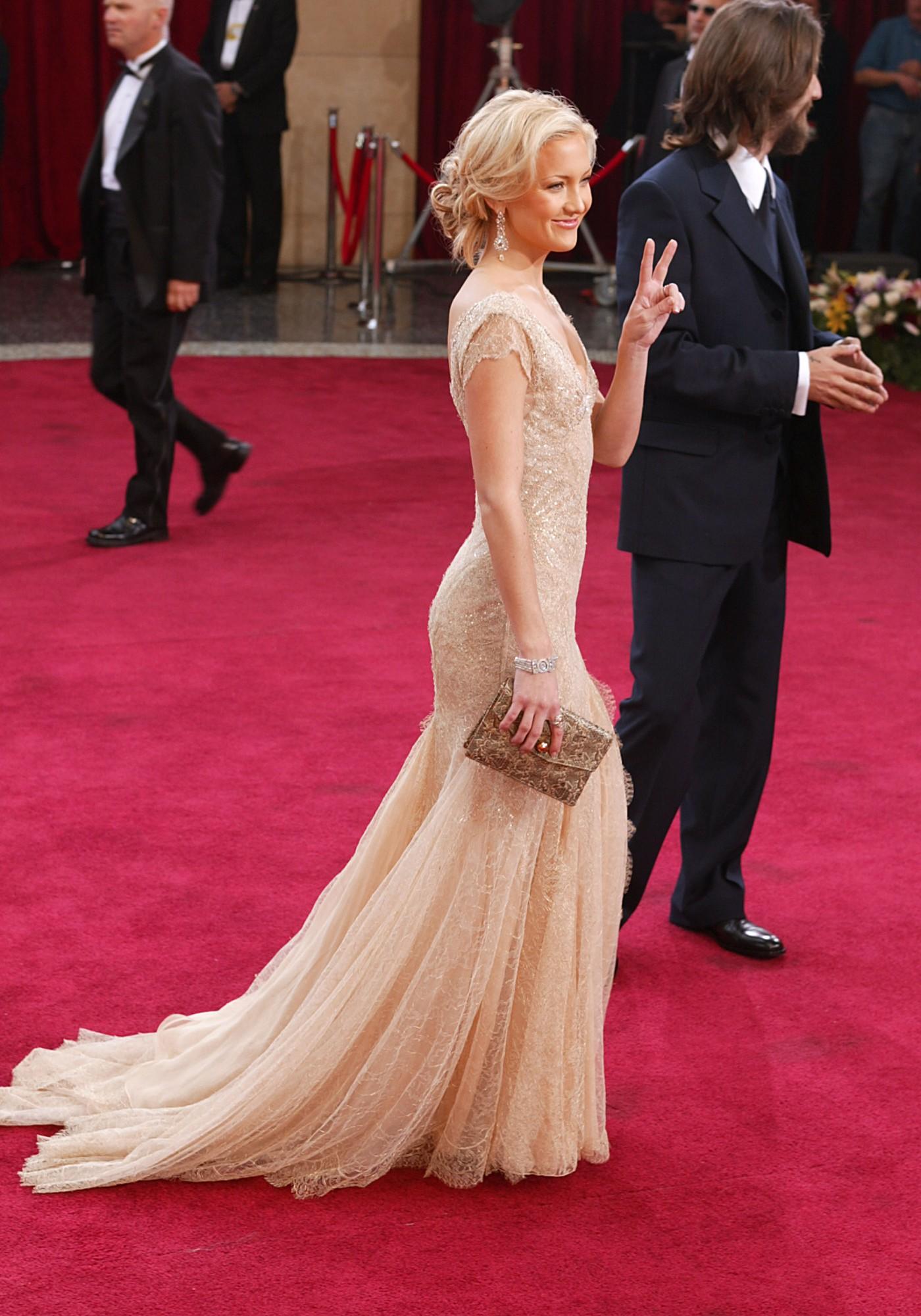 12. Robert Duvall’s wife, Luciana Pedraza, looked like a wax figure of Victoria Beckham at an S&M sex party.
THIS IS NOT AN INSULT! Hear me out! Her face is almost inhumanly flawless. Seriously, she looks like she is made of wax. And I swear that every time I look at this photo I am reminded of the time I saw Victoria Beckham’s statue at Madam Tussauds. Also, the dress is obviously lingerie-inspired and leaning towards the kinkier end of that particular spectrum. No judgement! This is a sex-positive space. I’m just saying. 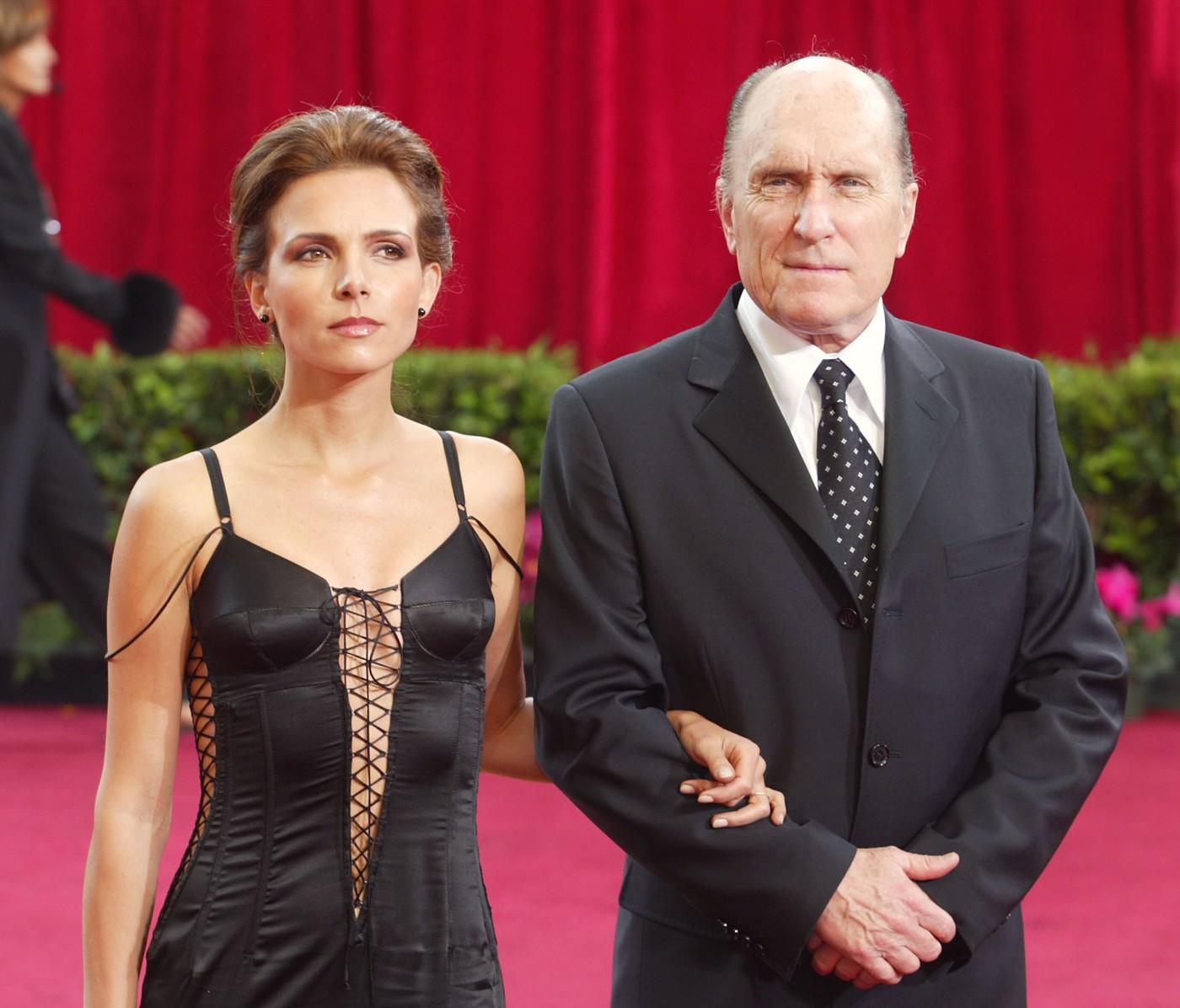 Seriously, though, look at this photo of Posh’s wax figure and tell me you don’t see the resemblance. I dare you! 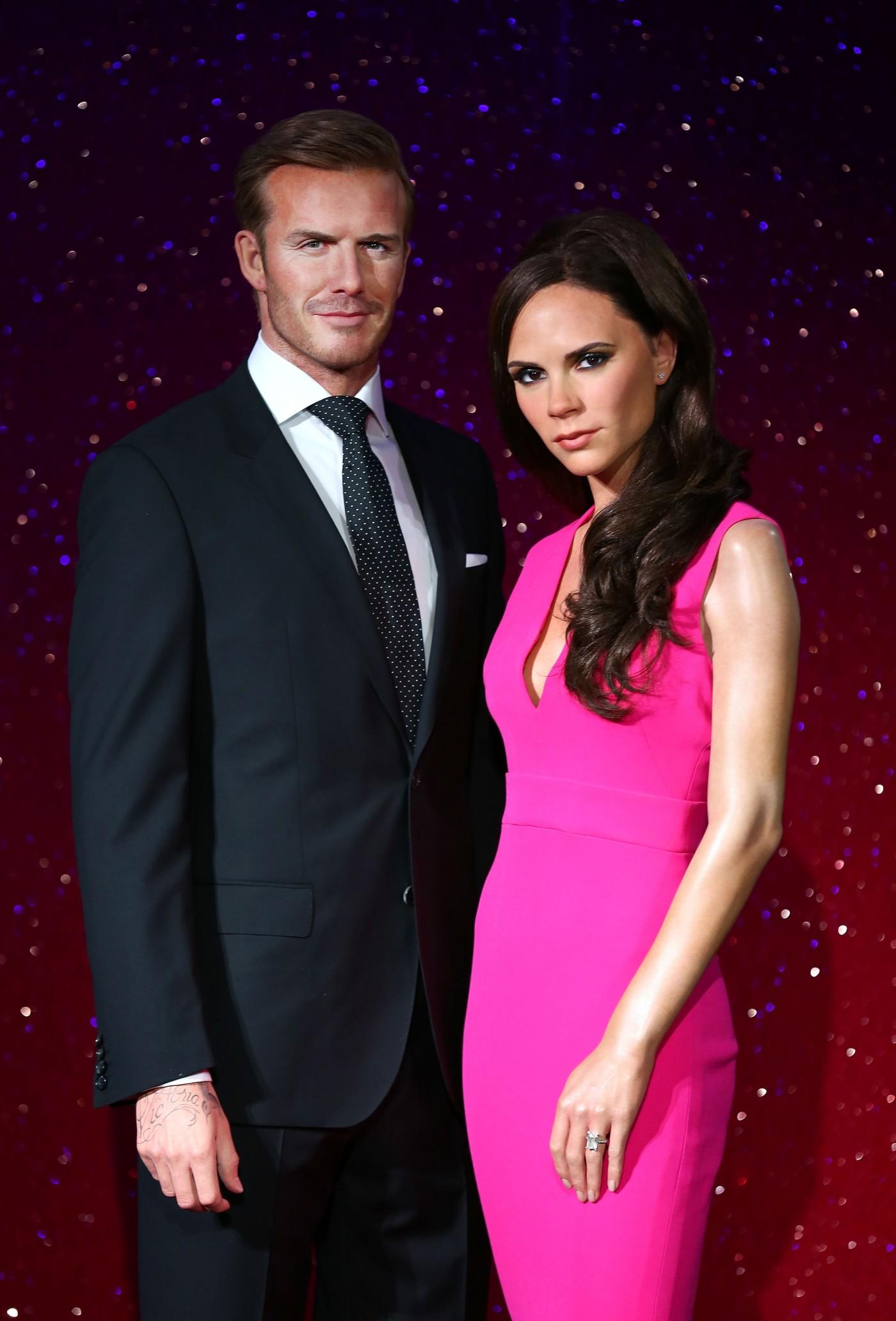 Some other stuff happened too — U2 showed up looking like they didn’t give a shit and Calista Flockhart and Harrison Ford walked the red carpet without ever really stopping for pictures, but whatever. Let’s just end with Posh and Becks in wax and call it a day.

An Open Letter to a Certain Luxury...