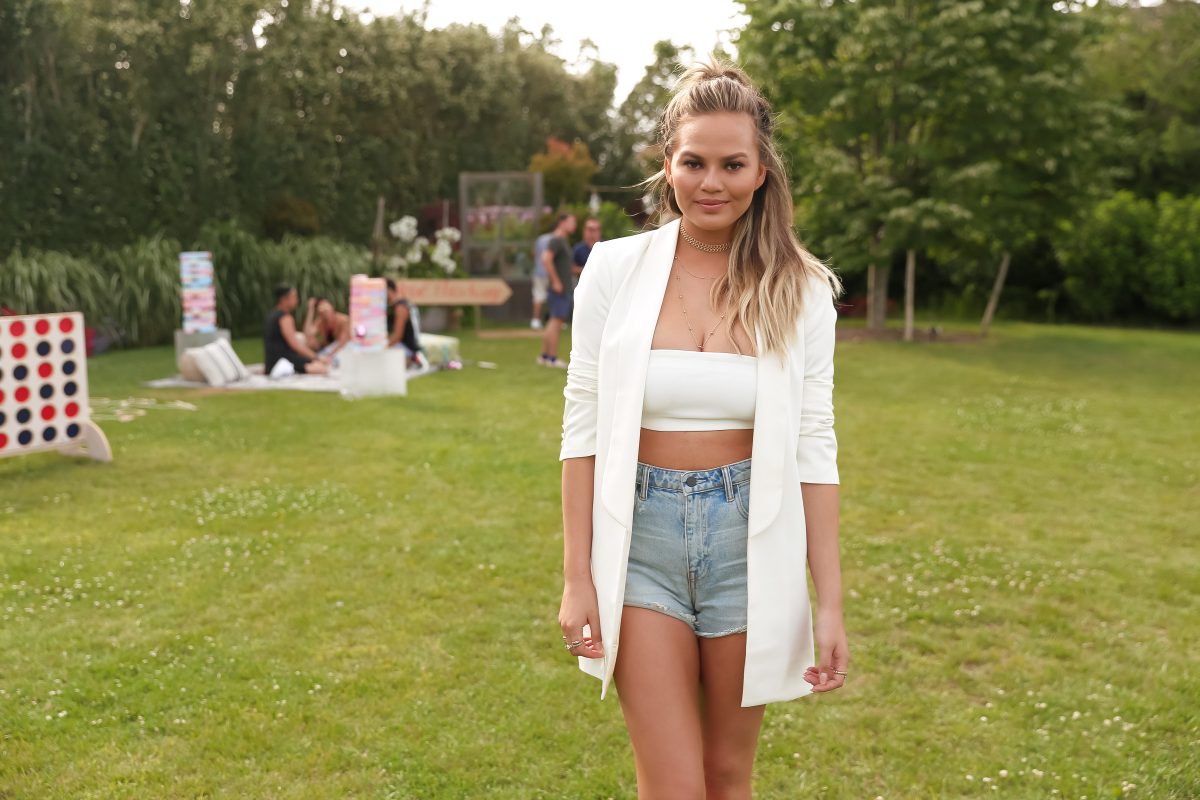 This July 4th, model and Cravings author Chrissy Teigen headed out East to celebrate independence day Hamptons-style via a barbecue (full of Teigen’s yummy recipes, of course) and pool party with REVOLVE. The shindig marked the e-tailer’s second year of taking on the East End, with Teigen’s husband John Legend (hottest couple alert), Emily Ratajowski, Ty Hunter, Brendan Fallis, Hailey Clauson, Jeremiah and others  joining in on the festivities–the singer made a special guest performance, making for quite the Snapchat-able moment. We caught up with the new mom on her cookbook and relationship with Revolve, plus her favorite fourth of July memory, and more…

How’s your summer going?
So good so far! Obviously I have my newborn, so I’m exploring things with her. Being able to come out to things like this is really special and so much fun.
Do you come to the Hamptons often?
No! I was only here once before and we had a big Fourth of July barbecue. But I’ve never been here at night or have gotten to enjoy the scene, so we really invited everyone and it’s been great. It’s nice to see people eating my food!
It looked delicious! What was writing your cookbook, Cravings, like?
I think people wanted a book much earlier from me, but I was really nervous because I didn’t think people would necessarily believe in it. I waited a few years and had this arsenal of recipes I was ready to share. People have responded so well to it–to see them going into the kitchen for the first time or impressing their boyfriend or girlfriend…it’s so cool to me. Nothing is better than seeing Instagram photos that I’m tagged in which are photos from the “cravings.” It’s so wonderful, there’s nothing like it.
Really?
Yeah, like modeling’s fun, but seeing people enjoy what you love is really cool. 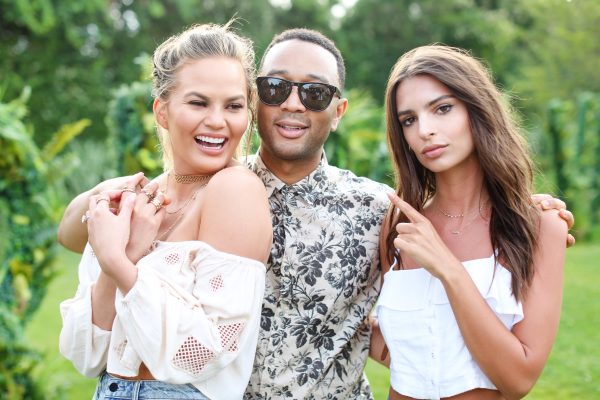 What are some of your favorite recipes in the book?
It’s so hard to say! There’s a reason it’s called Cravings because one day I love one thing and another day I love another. Today I was talking about biscuits and gravy and realized I haven’t made them in a long time, yet they’re my favorite. The chipotle chicken is my baby–it’s what first started my blog and the book. It has very spicy and thick marinade, which caramelizes on top, and you put mango salsa on it with rice…it’s so good!
Have you been spying on the chefs cooking your food inside?
I’ve been peeking in the kitchen all day. They’re so my vibe! Very my style. They were rolling spring rolls and asked me if they look good and I was like ‘Listen, if you made them, they look good!’ They don’t have to be the most beautiful thing on the planet–they just have to taste good.
Does John give his input?
Yes! I’ll be like “John, try it!” because he’s very brutally honest. 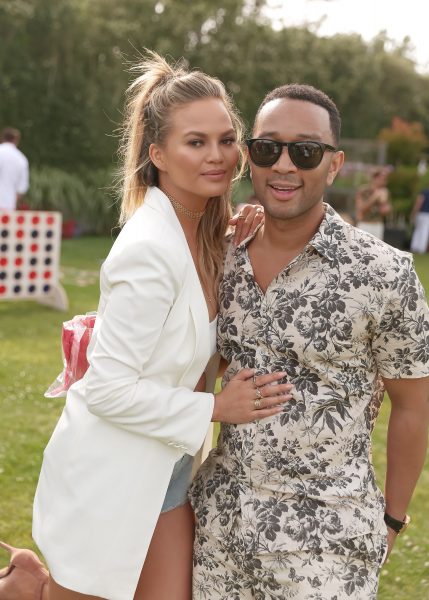 Got it! Is what you’re wearing from Revolve?
It is! I’ve been wearing Revolve for so many years. I’m a big online shopper–I’ve never liked fitting rooms or going shopping, so for me Fwrd and Revolve are my number one clothing sites. I started shooting with Revolve two years ago or so and we had such a fun, natural bond.
We have to ask…what’s your favorite July 4th memory?
Oh my gosh! I made a pretty epic shortbread biscuit cake a couple of years ago. Imagine a giant Pillsbury biscuit broken into three layers with homemade cream and berries in between with honey. For some reason, when I think of the Fourth of July, I think of that biscuit cake. 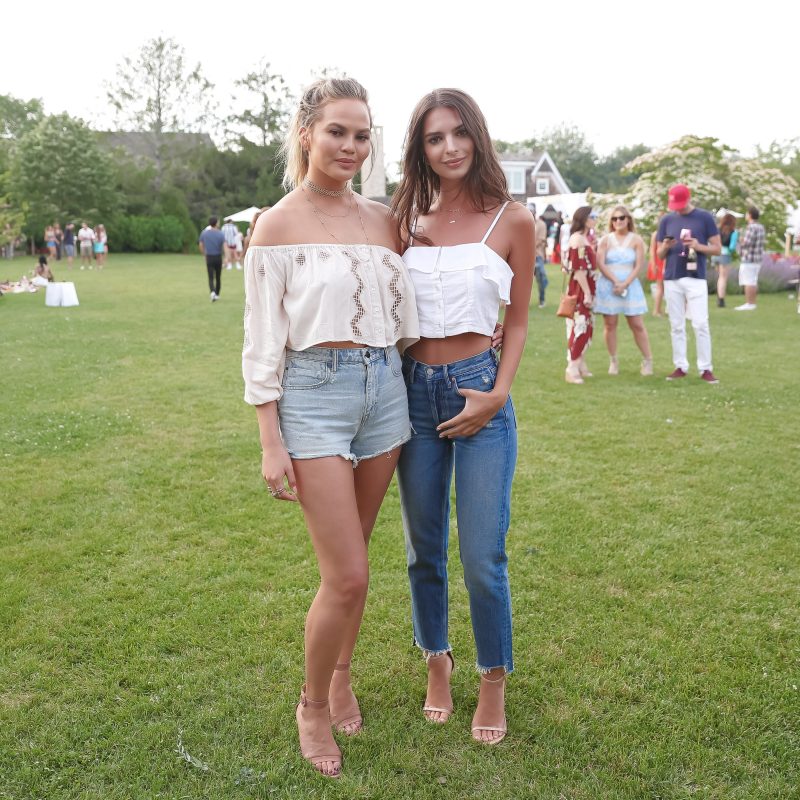