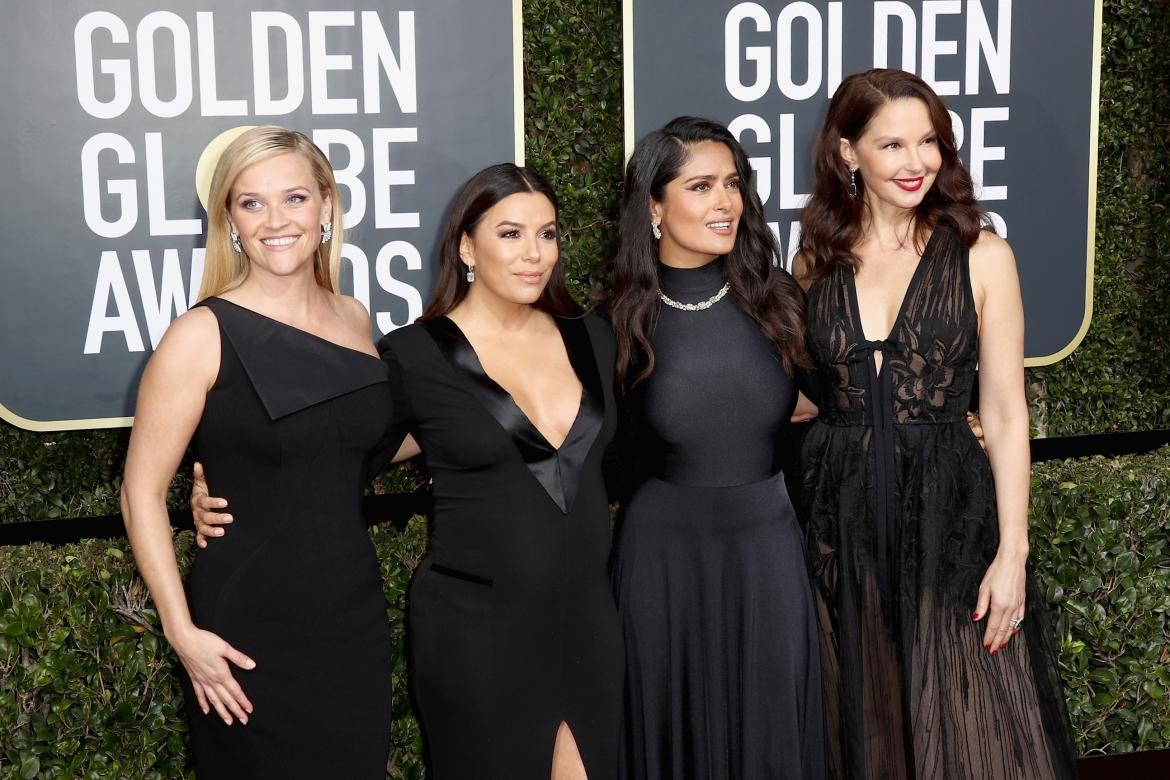 Almost everyone at the Golden Globes this year wore black in solidarity with the #MeToo Movement and Time’s Up, but wearing black wasn’t the only statement they made. 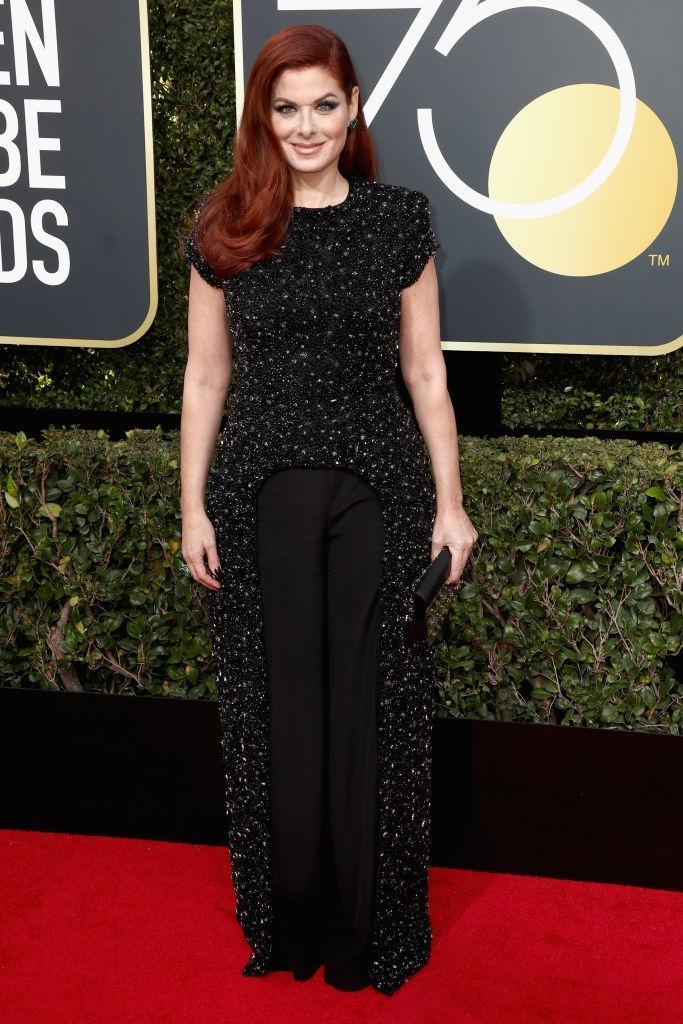 Debra Messing:
“I’m wearing black to thank and honor all of the brave whistleblowers who came forward to share their stories of assault and discrimination. I’m wearing black to stand in solidarity with women all over the globe and I’m here to celebrate the roll out of this incredible initiative. Time is up and we want diversity. We want intersectional gender parity. We want equal pay.  I was so shocked to hear that E! doesn’t believe in paying their female co-hosts the same as their male co-hosts. I miss Cat Sadler. So we stand with her…and that’s something that can change tomorrow. We want people to start having this conversation that women are just as valuable as men. $15 million has been raised for funds for advocacy and legal representation for women. This is not about Hollywood. This is about every woman in every industry globally. As someone in this industry, we need equal representation. We want 50/50 by 2020. And within that 50 percent, 30 percent women of color.” 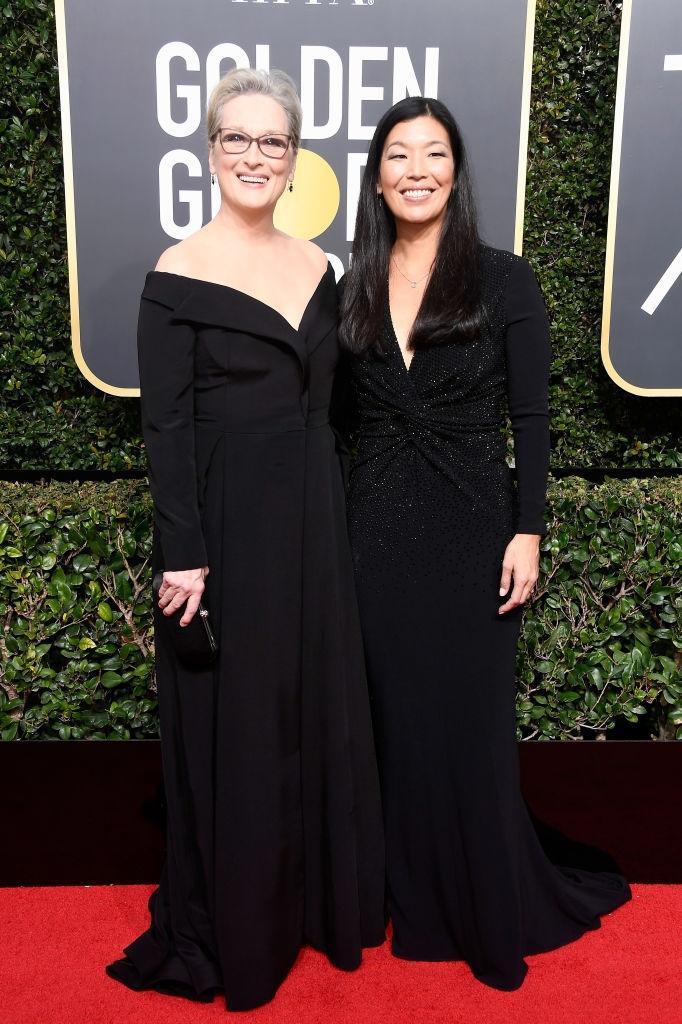 Meryl Streep
“I think that people are aware now of power and balance. It’s something that leads to abuse. It’s lead to abuse in our own industry. It’s in the domestic line of work. It’s in the military. It’s everywhere and we want to fix that and we feel emboldened in this particular moment to stand together in a thick black line, dividing then from now.” 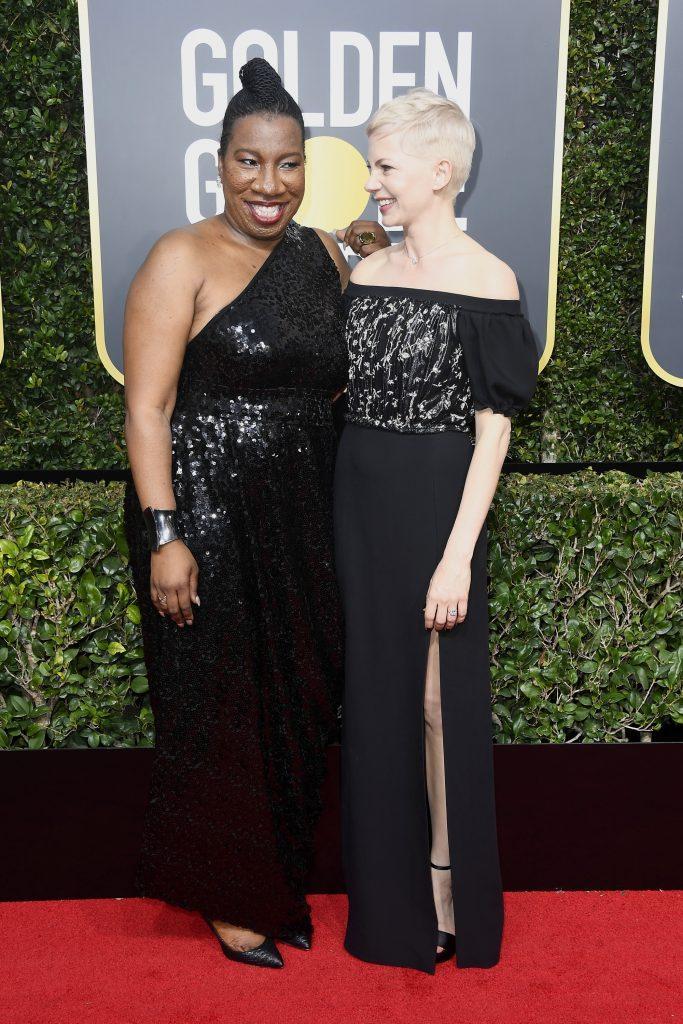 Michelle Williams:
“For so many reasons. We’re here because of Tarana [Burke]. You might think we’re here because we are nominated or something, but we’re not. We’re here because Tarana started a movement. She planted the seed years ago and it’s caught on and caught fire. She started the #metoo movement. The most important thing is that I thought I’d have to raise my daughter to protect herself in a dangerous world and the work that Tarana has done and the work I’m learning how to do, we need to hand our children a different world. I’m moved beyond measure to be standing next to this woman. I have tears in my eyes.” 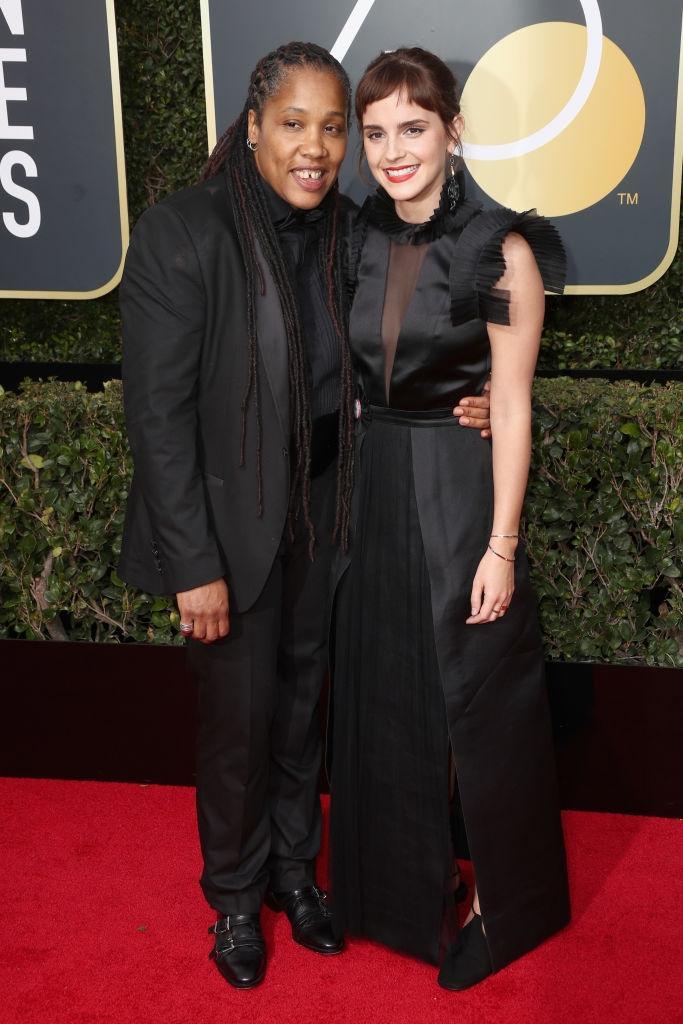 Emma Watson:
“Marai Larasi, she’s the executive director of Imkaan, which is an amazing British black feminist organization that fights violence against women and girls, specifically BME (black minority ethnic) women. When Michelle Williams spearheaded the idea of actresses bringing activists onto the red carpet, my first idea was that it would be so great to do it with Marai, because we have fun together and we challenge each other and we have a mutual respect for each other.” 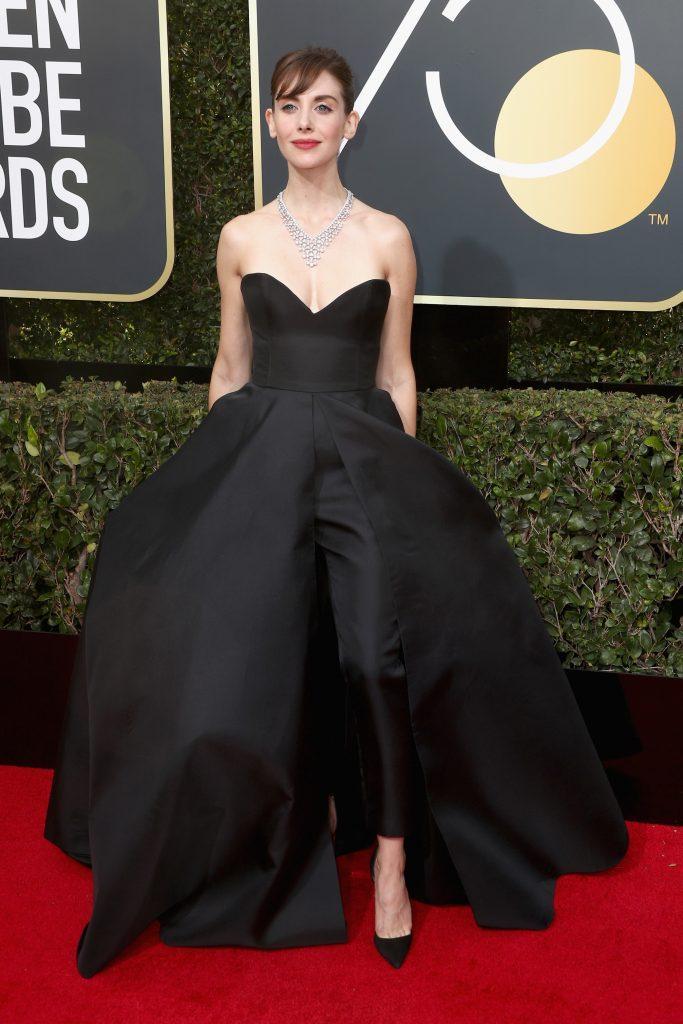 Allison Brie:
“It’s important for me to stand with all of the women who have come forward and shared their own experiences with sexual harassment and abuse. I’m so in awe. It’s important for me to stand with those that don’t have a voice and represent them here tonight. This movement isn’t just about talking about an issue but about taking action for that issue. The Legal Defense Fund has been set up to help women who can’t afford to defend themselves. If you go to TimesUpNow.com you can continue to donate. I love that spirit and I think a lot of people wearing black tonight…it could have been construed as a somber color, but I think the atmosphere here tonight is so celebratory and so empowering and that’s what I’m about baby!” 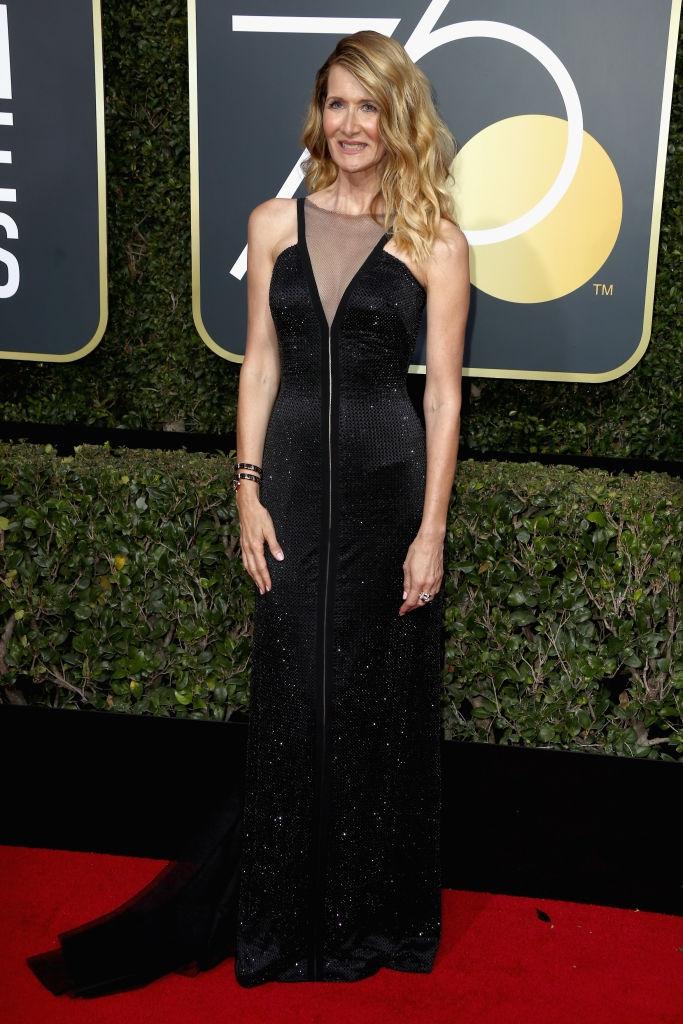 Laura Dern:
“I’m very excited to be here with Monica Ramirez, who wrote the beautiful letter of solidarity in Time magazine and that’s how I reached out to her, to say that she stood with all of the 700,000 women farmworkers in solidarity with the woman in our industry who are brave enough to speak out against sexual harassment and assault.” 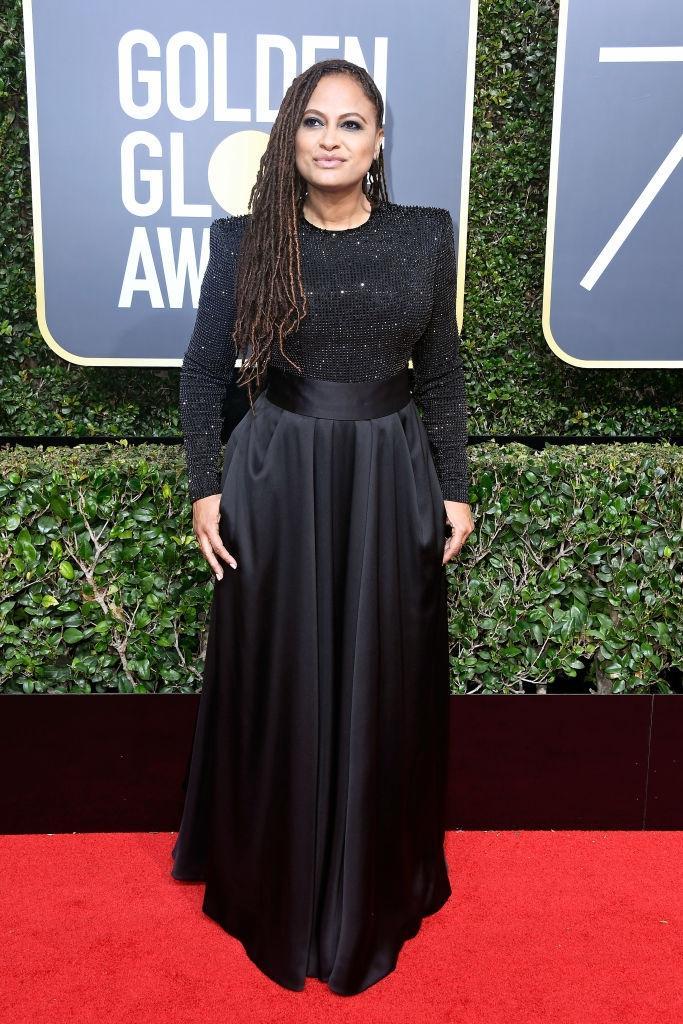 Ava Duvernay:
“I’m here for two reasons, one is to kind of assert my voice in black for Time’s Up and the other is to celebrate my friend Oprah Winfrey–She’s getting the Cecil B. DeMille award. I’ve heard her speech. It’s phenomenal and she’s phenomenal. I’m really thankful that we are able to celebrate her tonight—a phenomenal woman—on a night like tonight.” 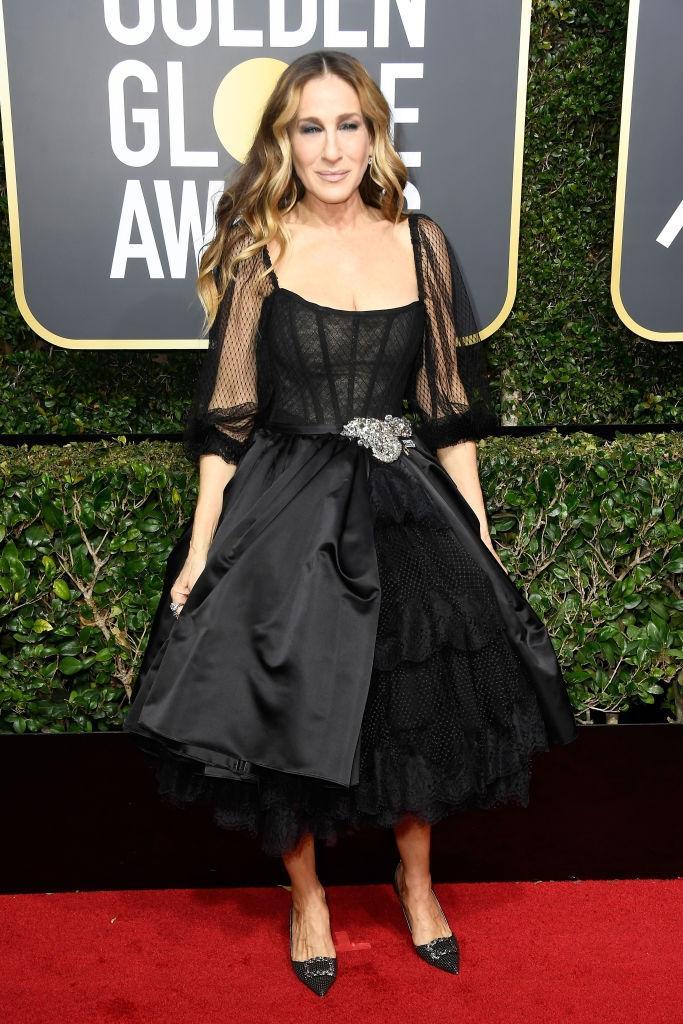 Sarah Jessica Parker:
“I’m incredibly excited and I’m impressed by the work that is being done. I know you’ve spoken with my sisters tonight, who have been in the trenches. It’s an enormous show of support tonight. I think it speaks to the appetite and the climate that exists. This is a conversation, that as complicated as it is, it seems to be ver welcome by everybody. I know it’s affected your network and there have been conversations that have been challenging for all of us. But I think it’s incredibly timely. It’s exciting. Parity and equality and safe work environments shouldn’t be controversial. I’m thrilled to be here and talk about this role for Time’s Up. It’s an honor and a privilege to work among women that I’ve admired for so long that I never thought I’d get to meet and to see them do this sort of work and commit themselves is really quite something. But it’s more important to know that it’s across industries. It’s about women and men in all industries. Equality, parity, and safe work environments. It’s really simple for everybody in this country. It’s an exciting and daunting job and we are all dying to dive into the work ahead of us.” 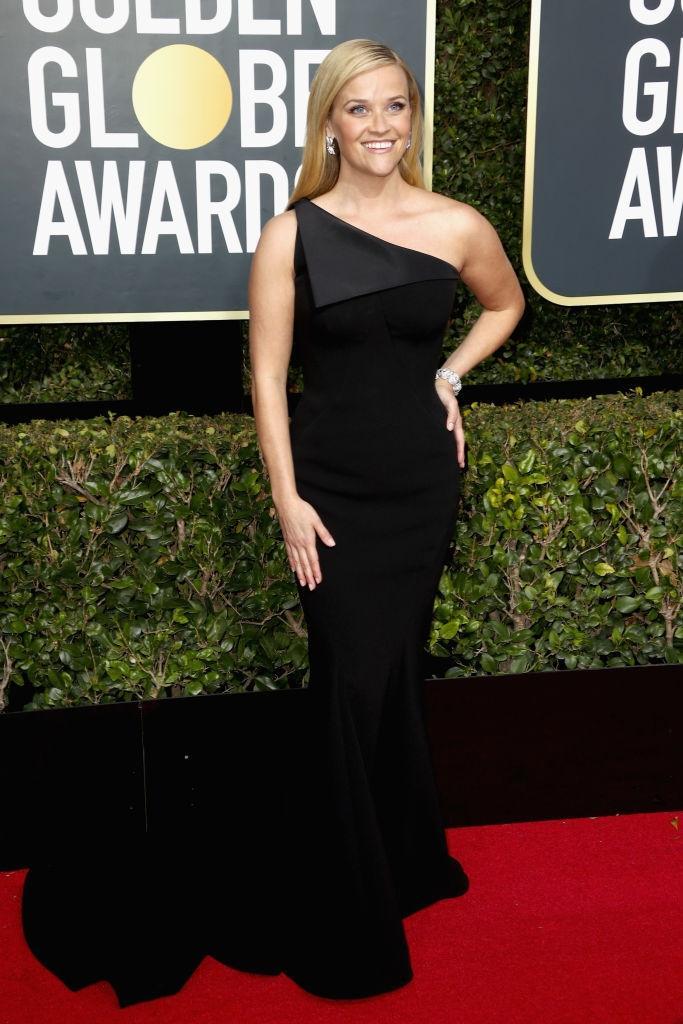 Reese Witherspoon:
“We’re here to stand up for all women and men who have been silenced by abuse and harassment and discrimination within their industries, not just Hollywood but all industries.” 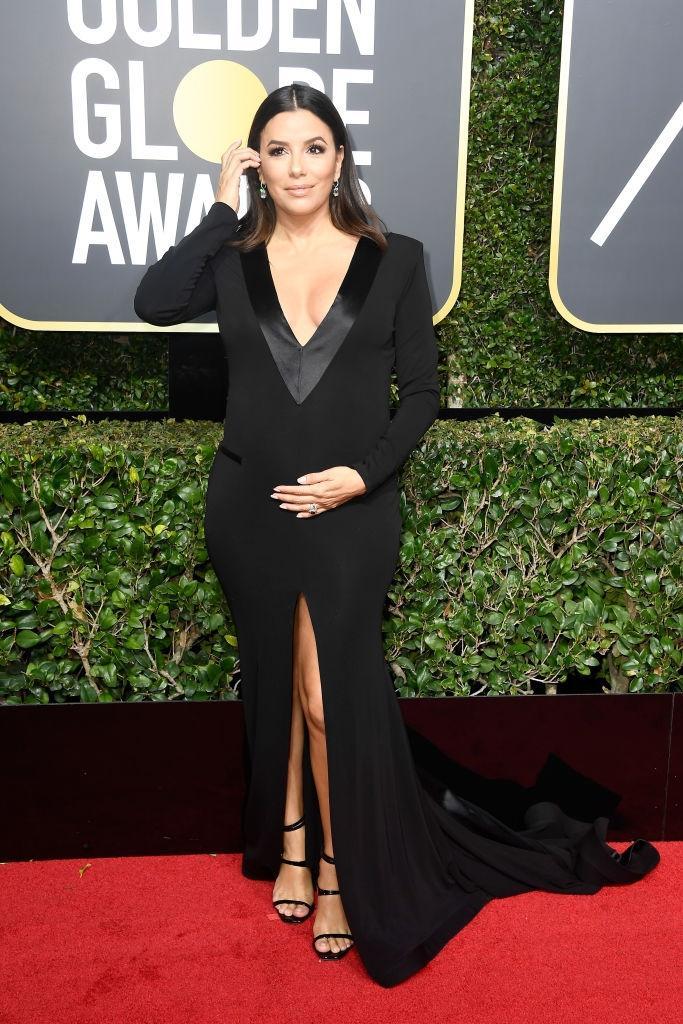 Eva Longoria:
“We’re here tonight and wearing black to say time is up on this imbalance of power and we are also here to honor the women who came out originally and really kicked the door open for this conversation to even happen—Asia Argento, Rosanna Arquette, Ashley Judd, Olivia Munn, Salma Hayek—these women were so brave and we’re just building upon their message and their work. We also support gender equity and equal pay and we hope that E! follows that lead as well with Catt [Sadler]. We love you Catt!”