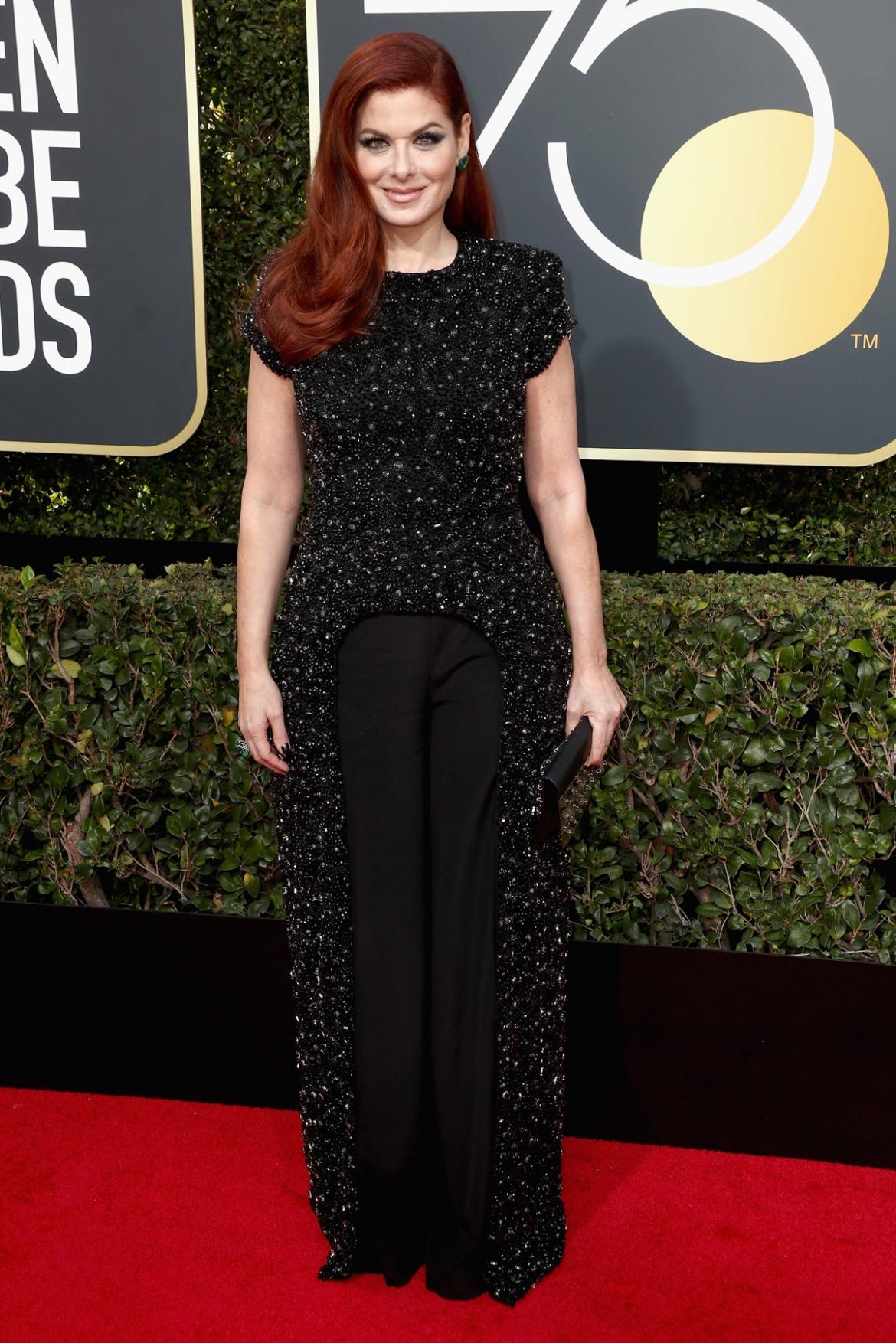 Debra Messing was one of the first arrivals on E!’s red carpet interviews and she cut right to the chase. The actress spoke to host Giuliana Rancic and expressed her dismay at the network’s inability to fairly compensate its female employees.

“I was so shocked to hear that E! doesn’t believe in paying their female co-hosts the same as their male co-hosts,” Messing told Rancic on E!’s live broadcast. “I miss Catt Sadler. So we stand with her…and that’s something that can change tomorrow. We want people to start having this conversation that women are just as valuable as men.” Catt Sadler, a former female E! co-host, was in the headlines recently after quitting her gig at the network after learning she was making less than her male counterparts. Sadler already responded to Messing’s comments exclusively to BuzzFeed saying, “I am immensely grateful for the outpouring today. Time’s up.”

Rancic handled Messing’s brave commentary with grace. Her response? “Absolutely, and I think that’s really what this platform is all about,” said Rancic. “We have an amazing platform here and there are a lot of big voices here tonight that can speak on behalf of people around the world that don’t have those voices.”

E! executives, are you listening? 2018 has officially arrived.

The Daily Roundup: A First Look at...