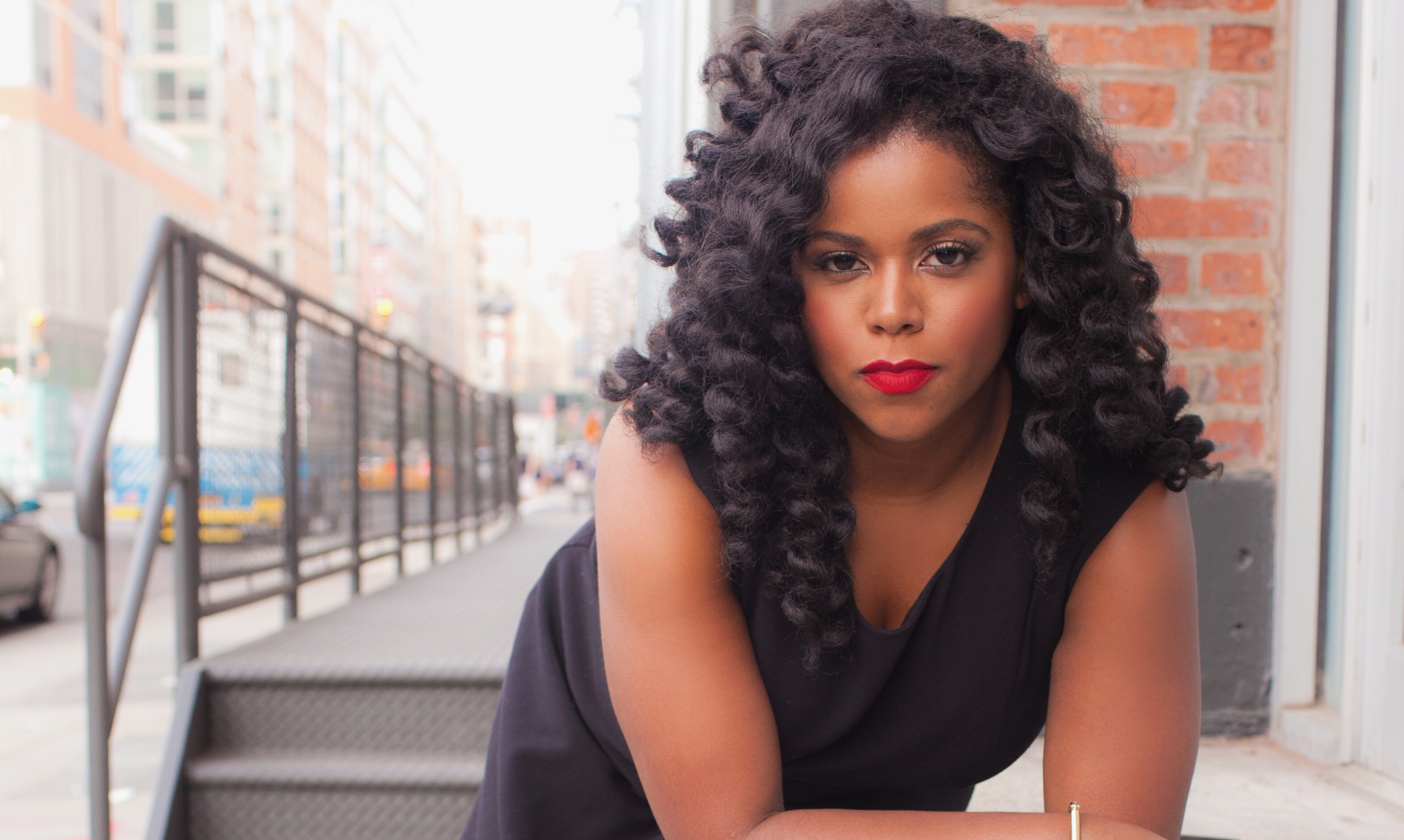 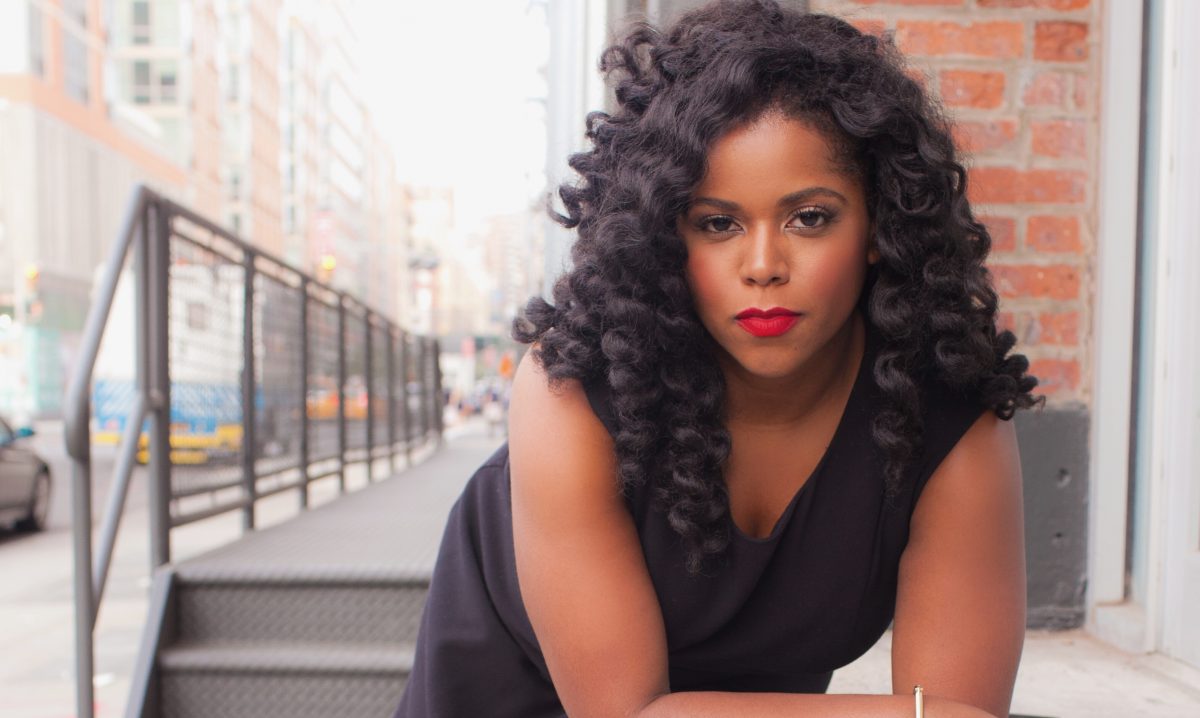 It’s no surprise that Factory PR chose its senior director Genevieve Ascencio to head digital…she launched the division, after all! Before the big coup, she had many others, including working with Lady Gaga and Dwayne Wade, spearheading a viral underwear campaign, and becoming a professor of PR at FIT. The newly anointed VP of digital tells us how she does it all.

You’re from Haiti–when did you arrive in the US?
When I was 3…French was my first language so I had to learn English when I arrived.

What was your first break into NYC PR?
My first break was at The Bromley Group. I saw an ad on Craigslist for a paid internship, and after a few months, that internship that became a full-time position. I stayed there for almost four years. I cut my teeth on accessories accounts like Frye Boots, United Nude, and UGG.

What appeals to you about agency life versus working internally at a brand?
I can see why people strive to work in-house but I can plead a strong case for agency life. It’s fast-paced and I have the opportunity to apply different methodologies and ideas because no two clients are exactly alike. I am always exercising my creativity and it’s forced me to remain agile, which is so important in this industry.

You were part of the Factory PR men’s division for some time. What appealed to you about the category?
I had no idea I would love menswear as much as I do. I got my first taste of menswear at Factory PR. Because I didn’t know a lot about it I would read and obsess over the details. The fashion director of Details at the time showed me how to tie a bow tie during a press appointment, and after I did my first fashion show, I was hooked!

Any modern day male style icons?
It’d have to be Milan Vukmirovik and Lenny Kravitz. Milan is suave in a tank top or a tux and Lenny has a strong personal aesthetic and DGAF what you think of it.

What are some of your favorite campaigns you’ve worked on?
I loved working on Lady Gaga for Office Depot. It was an anti-bullying campaign that targeted students. I was honored to be part of such an important initiative. I also loved launching Dwyane Wade’s collection with The Tie Bar. He was a pleasure to work with and the product exceeded my expectations.

You launched a campaign for Undz that went viral. How’d that happen?
When I learned that we were taking a meeting with an underwear brand, I could not have been more underwhelmed. It is a crowded market and men tend to be ultra brand loyal when it comes to underwear. By the end of the meeting, I was sold. The brand got Lloyd’s of London on board to provide penis insurance to anyone who purchased three pairs of Undz or more. I thought to myself, “I can do something with this!” My approach was humor, because how could you not laugh at something like this? We sent editors and celebrities packs of hot dogs with the release. The messaging was “Not everything comes in packs of 8 – insure it.” We broke the story with Huffington Post Weird News and the story spread like wildfire. More often than not, fashion is all about elevating a brand and being chic, chic, chic so it was fun to let loose and work on something a little out there.

Your most delicious PR story, please!
The really funny or wild ones would have to be penned anonymously but there was that one time I accidentally walked in on an A-lister bent over in his underwear during a private (read: I was not supposed to be there) fitting.

You launched Factory PR’s digital division. What was that process like?
It happened pretty organically, actually. We launched the division in response to a demand from our clients. We were getting frequent requests to handle Facebook and Twitter. At first we were doing it as an add-on service to PR but the results we were reporting were so much more. One of the most important parts of the launch process was educating our clients about the potential benefits of allocating resources ($$$) to digital.

You have a slew of influencer relationships…how did you build those?
I started working with influencers before most brands really measured ROI from these relationships. So the bourgeoning bloggers that I supported, lent clothing to, and invited to events eight or nine years ago remain great friends and contacts. I always focused on how I could help them achieve their goals while making my clients happy.

In terms of social media, what do you think is the next big thing?
This is the million dollar question! AR/VR (augmented reality/virtual reality) isn’t new technology per se but it is going to open up so many new avenues for fashion brands to develop deeper connections with consumers. Additionally, I foresee brands integrating gaming and consumer brand tactics into their digital strategies.

Your dog Mayonnaise’s Instagram following is in the thousands…
Yes, my little rascal Mayo has a lot of followers. When she was a puppy I used to take her everywhere so there was always an opportunity for a photo. Her Instagram took off as high profile bloggers posted pictures with her and tagged her. I wouldn’t call what I did for Mayo PR because I literally started the page because I didn’t want to be that annoying person who posted 10 pictures of her pet everyday, but growing a pet’s following requires the same things required to grow a following for a brand.

What do you teach in your course at FIT?
I teach Principles of Public Relations. I focused a lot on the art of pitching and the growing role of social media in public relations. I think I am a fair and approachable professor but I asked my students to evaluate me on the last day of class and they mostly said I am entertaining (which is hard for me to believe considering my course was at 8 a.m. last semester), I give hard tests, and I gave them a “real world” perspective of PR.

What’s new about your role as VP of digital, and what’s next for Factory PR?
My new role involves integrating digital in a meaningful way into everything we do from events to large-scale campaigns. Now, it is not just about clients who retain us for digital services but about the agency as a whole. We were one of the first fashion PR agencies to integrate digital services and we want to remain on the forefront of digital trends. My job is to assess new platforms and technologies and decide if and how they can be applied to maximize impact for our clients. Right now we are focused on content and influencer services but I am positioning digital at the core of our amplification strategy.

Kym Ellery on Being Elected to the Chambre Syndicale

It’s been 40+ years since I was involved in the rag bs (worked for Arthur Bitran during market weeks, and was 3rd place in the most photogenic face in the U.S. and now I don’t wear makeup or color my hair, or wear anything synthetic because as one grows older, I’m 80 now, natural becomes more important and I’m hoping that by now, the men’s 100% cotton or linen or hemp undershorts will have no elastic and only button tabs, like in Europe. We don’t want to cut off the circulation in important areas.