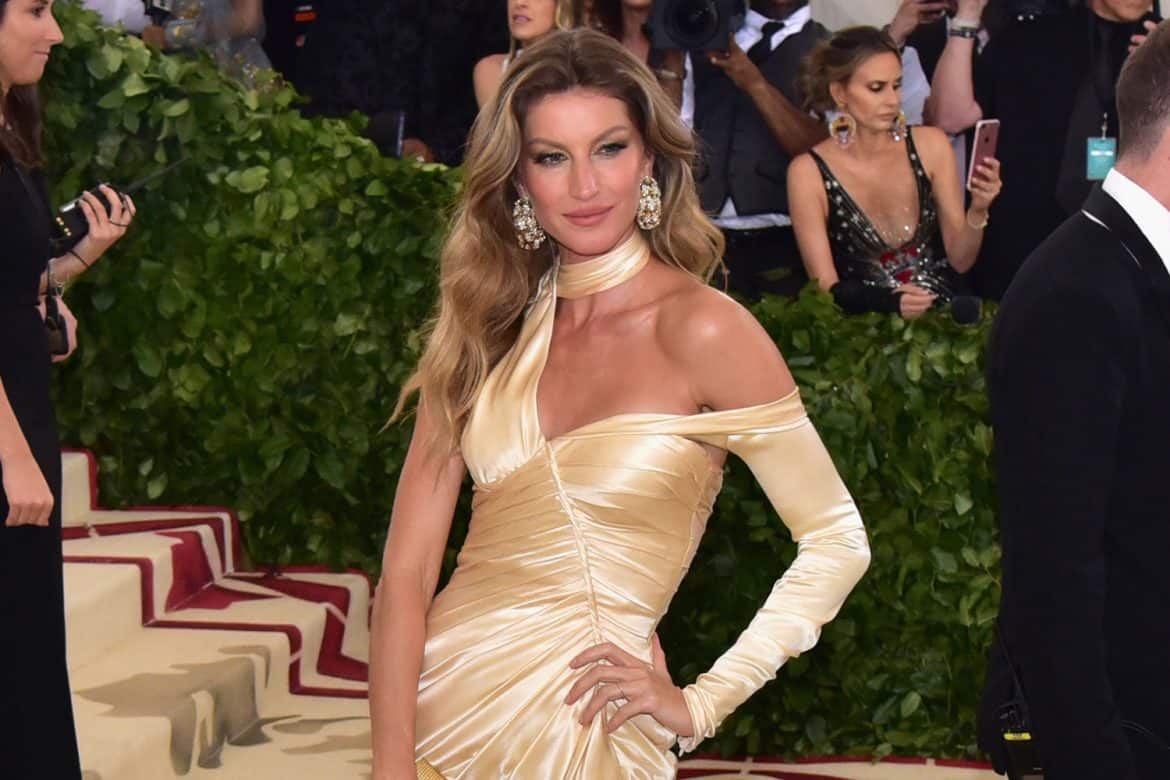 Gisele Bündchen is the most successful model in history, but that’s not all she is. “Modeling is a job that I do, a career that I’ve had,” she told Vogue in the magazine’s July cover story. “It allowed me to see the world, and I was well paid for it. But it never defined me.” 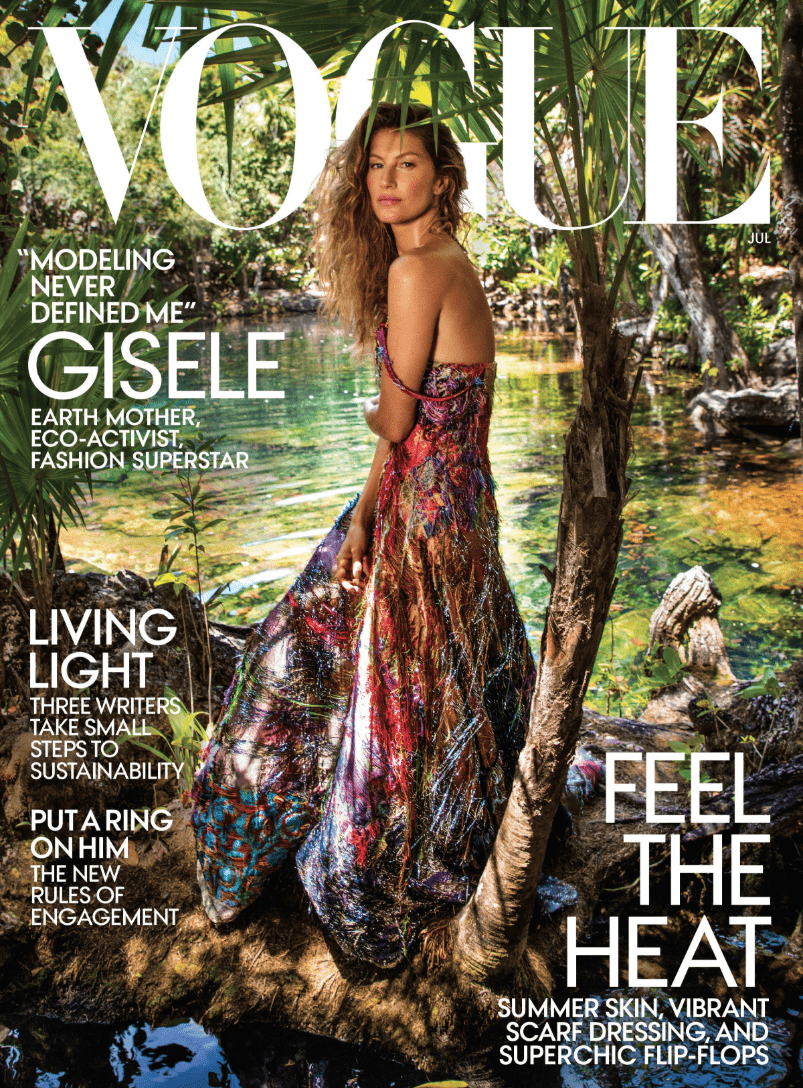 These days, Bündchen is more interested in activism than the catwalk and uses her supermodel status to bring attention to the most pressing issue facing the human race today — our fragile and deteriorating environment. “People forget that without a healthy environment, there are no healthy humans, because last time I checked, our life depends on the health of our planet, period. At the end of the day, the Earth will be fine. If we are gone, she’s going to regenerate herself. So we have to think about how we’re going to survive on it. How can we have the least impact?”

Of course, Bündchen has not always utilized her status in such a noble (and essential) way. Early in her career, she was like most models (albeit much more successful) and pretty much just did what her agents told her to do. “I was in the hamster wheel,” she said. But then something happened that opened her eyes to the world around her and set her on the path to becoming the activist she is today.

It was 2002 and Bundchen was walking at the Victoria’s Secret fashion show when protestors from PeTA rushed the runway with signs that read “Gisele: Fur Scum.” The protest was a response to news of a contract Bündchen had recently signed with furrier Blackgama. “It wasn’t until that shock — it stopped me in my tracks. They sent me all these videos. I wasn’t aware of what was happening, and I was devastated. So I said, ‘Listen, I’m not doing fur campaigns.’” 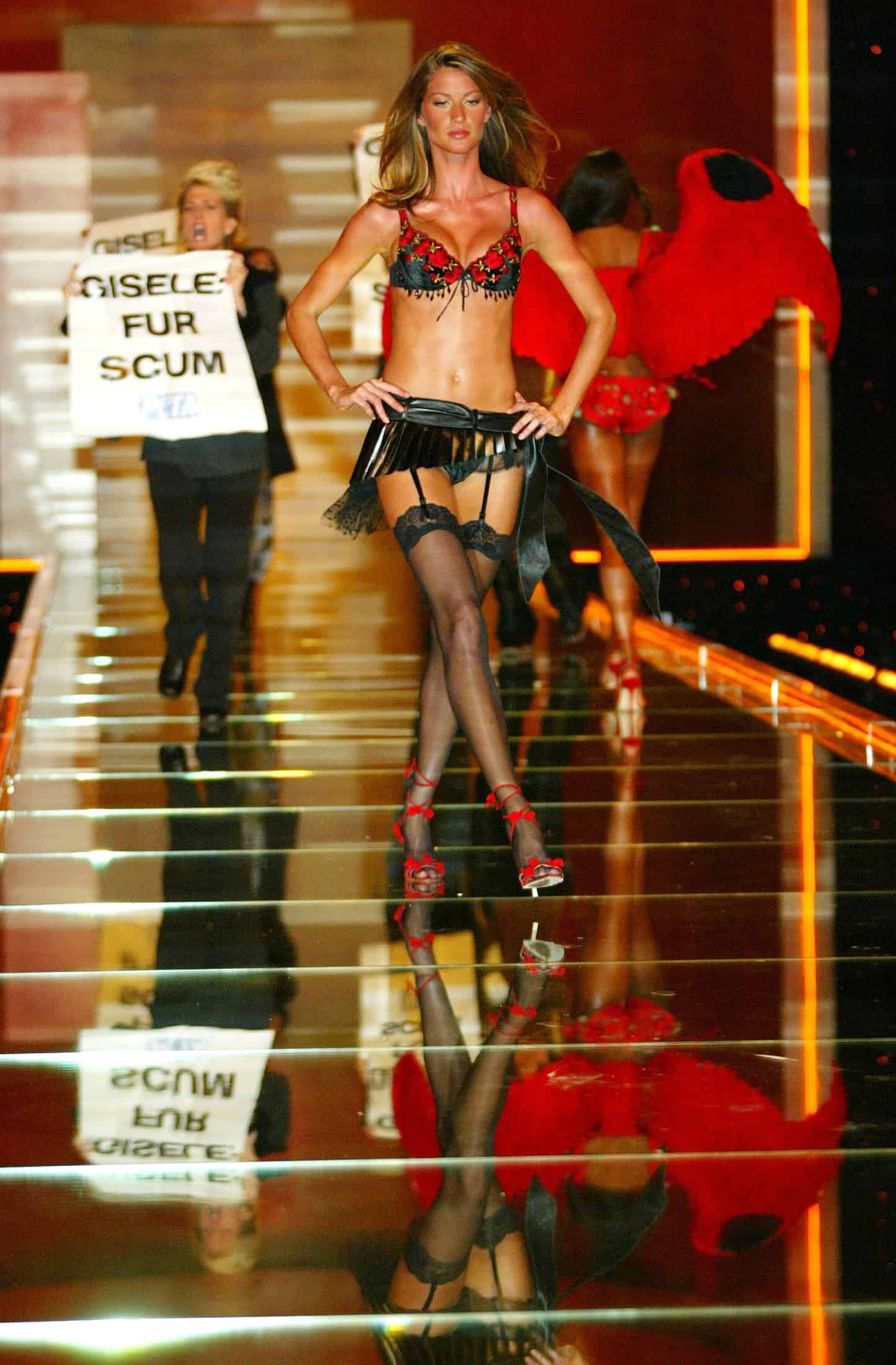 From that point on, Bündchen began taking greater and greater control over her career, steering it in the direction she wanted to and using her status to champion the causes that mattered most to her. All because a few brave PeTA protestors stormed the runway and got her attention.