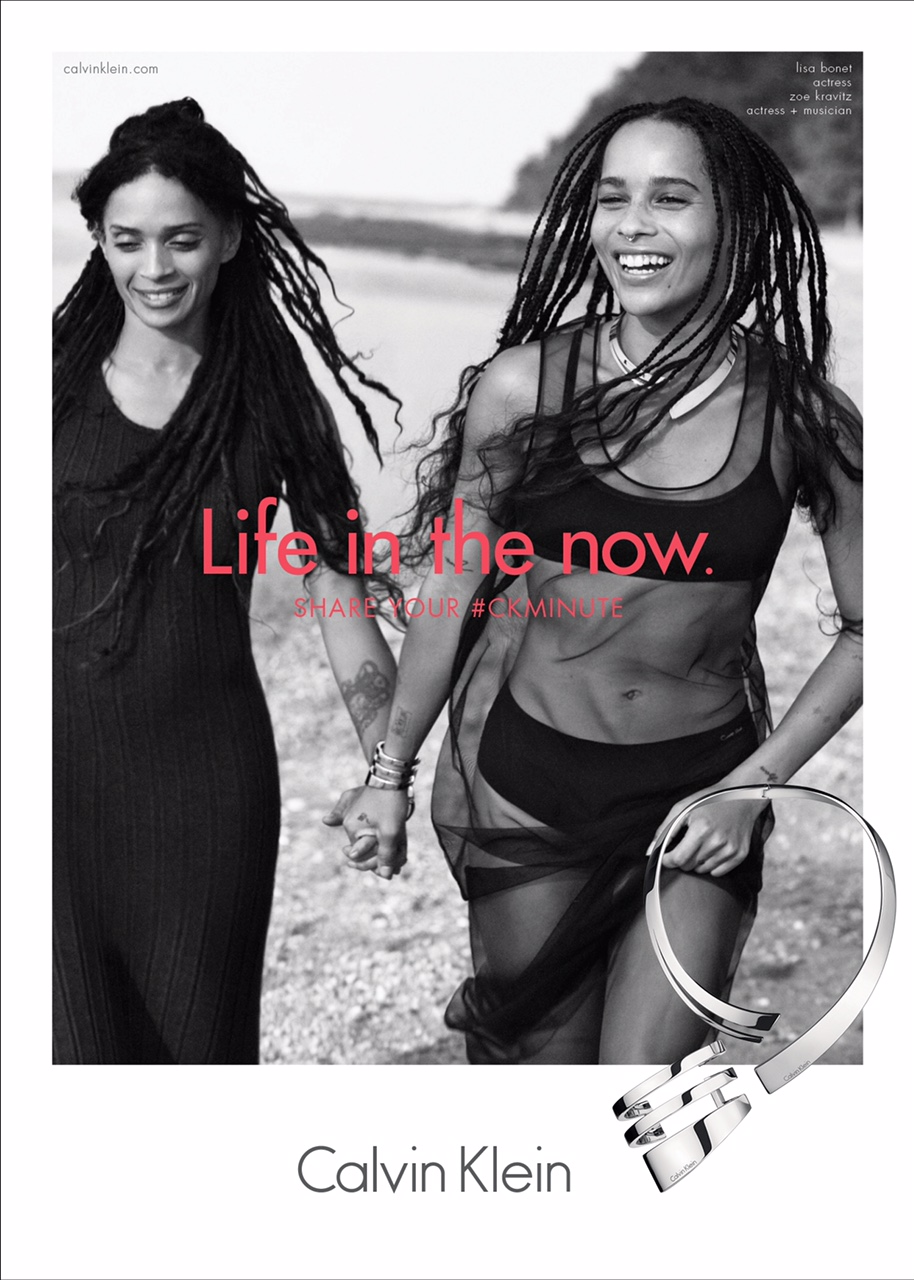 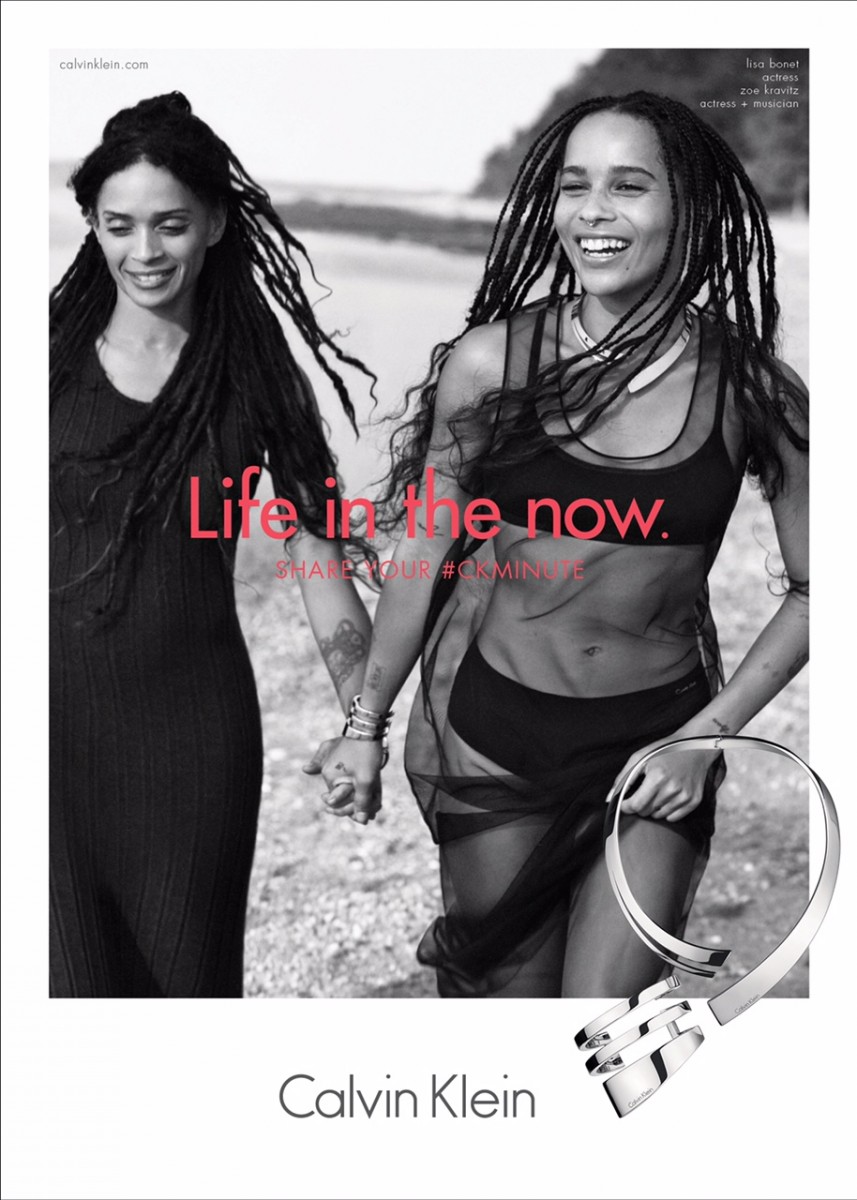 Zoë Kravitz links up, hand-in-hand, with her mom, actress Lisa Bonet, for the latest Calvin Klein Watches + Jewelry campaign. This tacks on even more model cred for the 27-year-old actress and musician, who has already starred in ads for Balenciaga (for Spring 2016, alongside Anna Ewers), Vera Wang, and Alexis Bittar.

Shot in NYC by Cass Bird, the campaign continues the #ckminute initiative, begging us all to celebrate “Life in the now,” preferably in CK accessories. Alongside the stunning mother-daughter duo are shots of other modern couples that shout carpe diem, including actor Will Peltz and his model girlfriend Kenya Kinski; mods John Hein and Tilda Lindstam; and for the second consecutive year, Kim Woo Bin, this season alongside Chinese model and street star Xiao Wen Ju.