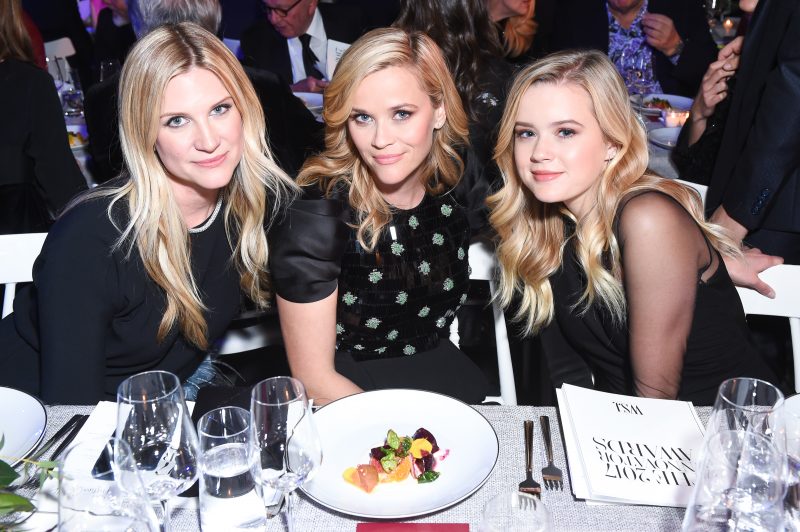 A swarm of A-listers in every creative field swooped into the Museum of Modern Art last night to celebrate WSJ.‘s seventh annual Innovator Awards. The event, which honors seven trailblazers featured in the magazine’s November Innovators Issue, attracts some of serious talent, including Marc Jacobs, Raf Simons, Reese Witherspoon, Gwyneth Paltrow, Joe Jonas, Stephen Alesch, Robin Standefer of Roman and Williams, Elizabeth Diller, Benjamin Gilmartin, Charles Renfro and Ricardo Scofidio of Diller Scofidio + Renfro, Mark Bradford, Maddie Ziegler, Ryan Heffington, Alex Hoffman, Luyu Yang, and Alex Zhu. But it was Rupert Murdoch and Jerry Hall, who mingled among the crowd pre-ceremony, that sent everyone into a frenzy, including WSJ. and Wall Street Journal staffers. “I cannot believe I just walked in behind Rupert Murdoch and Jerry Hall. I felt so ridiculous!” exclaimed one employee while others continued to point out their location in the room throughout the evening. But despite all of the A-list guests, it was choreographer Ryan Heffington who made the biggest splash. In lieu of an acceptance speech, Heffington stood behind the podium and performed a moving modern dance piece using only his arms and hands.

And that wasn’t the only poignant moment. “It’s kind of a defining moment for us, and innovators aren’t always what you expect them to be,” said Standefer, whose work you might recognize at the Boom Boom Room, the Ace Hotels, or other hotspots like Le Coucou. “I think the work that we do, for me, isn’t always defined as innovation in the typical sense. So I think the fact that WSJ. has seen that in us shows a sense of bravery and big-picture thinking. It’s an enormous honor for us to be credited as artistic innovators.” Standefer and Stephen Alesch were presented with their award by Paltrow.

Meanwhile Simons, who receive the Fashion Innovator Award presented by Marc Jacobs, was seen chatting with Calvin Klein vet Carolyn Murphy pre-show as he nervously tugged on the hem of his suit jacket. Inside, he told the crowd, “I am very honored for all of us at Calvin Klein. It’s a big company and it’s also very new, so the fact that this is happening, with me going on stage is kind of challenging and nerve-breaking [sic]…The whole thing is pretty ironic…I’m a kid from the ‘80s, Stranger Things period. So I wanted to be an inventor and that’s actually how I ended up becoming an industrial designer. For whatever reason, I gave up and I became a fashion designer and so here we are. If tonight means that I can invent or innovate, I’m very pleased and I’m very honored. The fashion business has dramatically changed and nothing works anymore the way it used to work, so we have big teams and it’s almost impossible to name all the names, but I want to say a big thank you to Manny Chirico and Steve Shiffman for giving me the opportunity to take this massive brand, to come to the U.S., and to explore all the possibilities, and a big thank you to all of the people that have followed me that are deep in my heart and all of the people who are believing in what we try to explore and build at Calvin Klein.”

Following Simons was WSJ. cover star Witherspoon, who received her award via introductions from not one, but two, rather powerful women including Oprah Winfrey (via video) and Diane von Furstenberg (in person).  “She’s that mighty force of determination and will and creativity and vision to make everything better for women in this business and to tell our stories,” said Winfrey. “She realized that there were a dearth of stories about women, for women and said, ‘I’m going to do something about it.’ That’s what makes her an innovator. I think it’s a Tennessee thing.”

“As a storyteller, as anyone who knows her can attest, she’s pure energy, pure power, and truly a force,” added von Furstenberg. “In the words of one of her most unforgettable characters, Tracy Flick in Election, another one who refuses to apologize for her ambition, ‘You can’t interfere with destiny. That’s why it is destiny.’

Witherspoon has starred in everything from mainstream films to comedies to Oscar-winning dramas for quite some time, and now her production company, Hello Sunshine, is creating some seriously meaty roles for female actresses.

“I’m feeling very vulnerable. I’m just going to lean in until I fall over!” joked Witherspoon as she took to the podium. But she concluded her speech with all the self-assurance of someone who has risen to become one of the top female voices in an industry rife with sexism, harassment, and male dominance. “I’ve been really fortunate in my life to have had an incredible career as an actress, and it’s my first love,” said Witherspoon. “But now it’s become abundantly clear to me that I have a new mission and that is to do more for others in my industry. I’m determined to create more opportunity for other women and people of color, to help them tell their stories, to encourage CEOs to take chances on high-level female executives, and to champion new female voices in film. Because the stories we tell have got to change, and sometimes change is about something small. Sometimes change starts in a room like this, with people like all of you.”

Fittingly, the evening concluded with another great female innovator as guests were invited to peruse the MoMA’s exhibition of Louise Bourgeois, the French-American artist and sculptor known for her exploration of themes such as family, sexuality and the body, as well as death and the subconscious.

Stephen Alesch and Robin Standefer of Roman and Williams 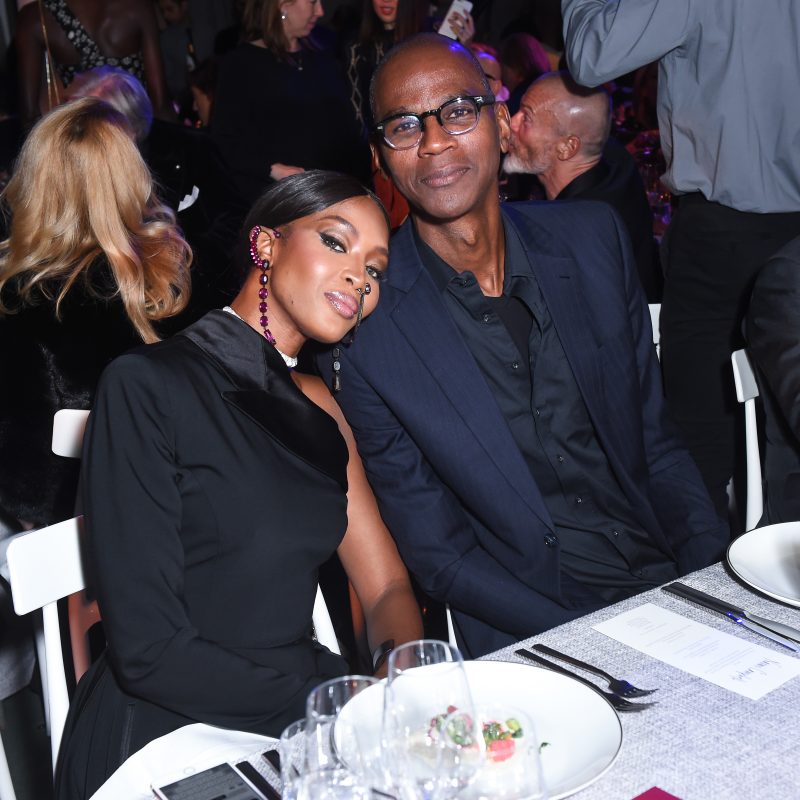 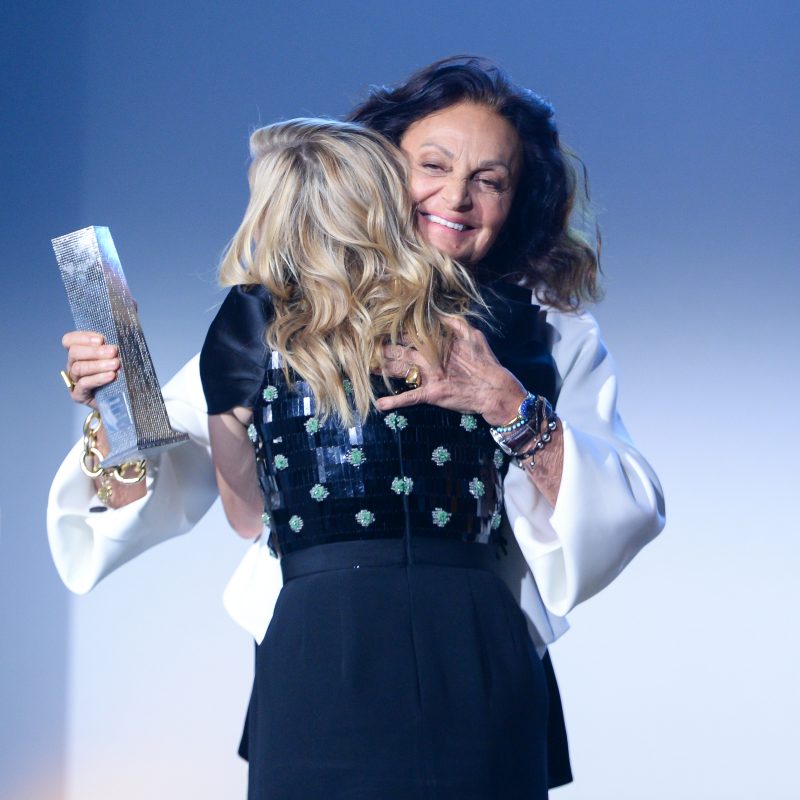