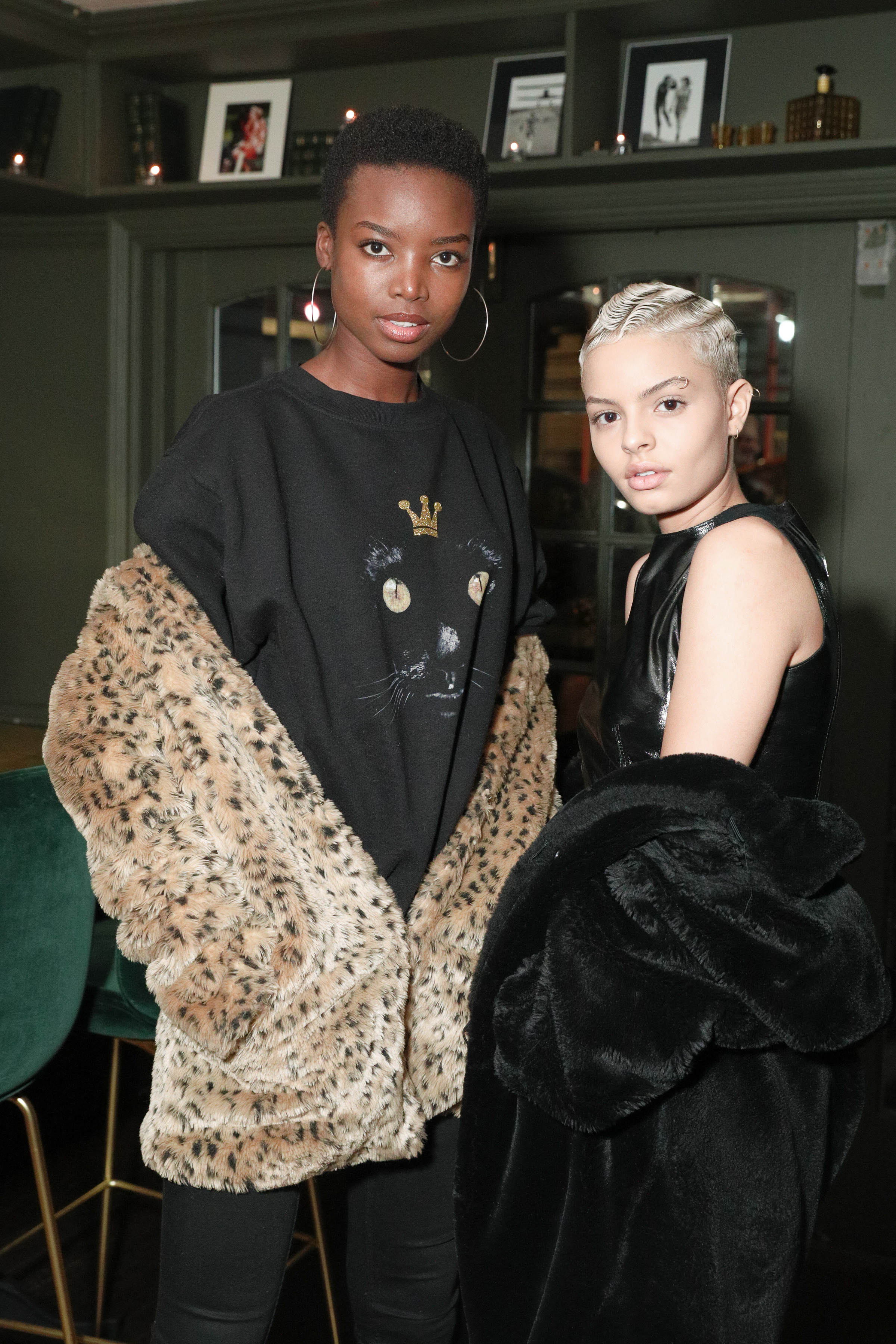 Fashion’s next influencers came out to Casa Apicii in the West Village for W magazine to celebrate the new wave of women influencing style. The glossy teamed up with Simon Malls to find fashion’s next fresh face. The winner? India Makailah Graham, who landed a spread in the March issue and a contract with IMG. “Winning the competition is such a great opportunity,” said Graham. “I’ve always wanted to sign with IMG.  It was so great to be given the opportunity to work with Edward [Enninful] on the photo shoot for W. I was excited! I heard he was a little sassy and I got a kick out of it. He was really nice. I love his style and how he dressed me. It was really cool.” The 19-year-old, who hails from Michigan, said it was always her dream to be a model and that she hopes this gives her the opportunity to provide for her tight-knit family.

Other It girls invited to the dinner hosted by W‘s Rickie de Sole included newly engaged Lola Rykiel, Tali Lennox, Stella Greenspan, Laure Heriard Dubreuil, Claire Distenfeld, Sofia Sanchez de Betak, and model Maria Borges, to name a few. The latter will be walking the La Perla show later this evening and has been a longtime favorite of Riccardo Tisci. So…thoughts on where he lands next? “The only thing that I know is that he’s always going to be the iconic person that he is—even if he goes to another brand, I know he will do a good job, and I love Versace,” said Borges. “I’ve been an exclusive for him and he also gave me my first campaign.”

As the evening wound down, model and artist Cuba Tornado Scott was spotted receiving some major attention from a fan on the street as she waited for her car. The young fashion enthusiast seemed overcome to be in her presence. “It must be really weird when you’re really famous,” said Scott. But she should get used to it—Scott’s incredible Grace Jones-inspired makeup (which she does herself) and her hair (cut by her boyfriend) along with her incredible style has been turning heads all week at events. We expect, like her middle name, she’ll be taking fashion by storm.