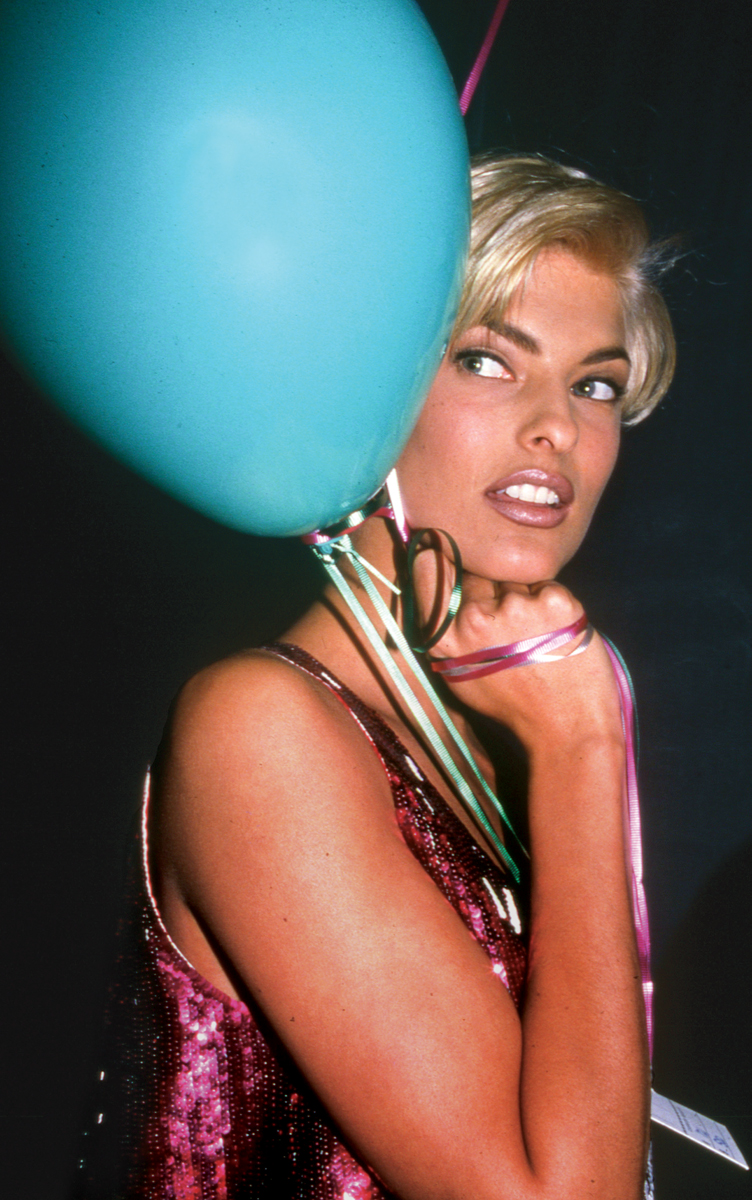 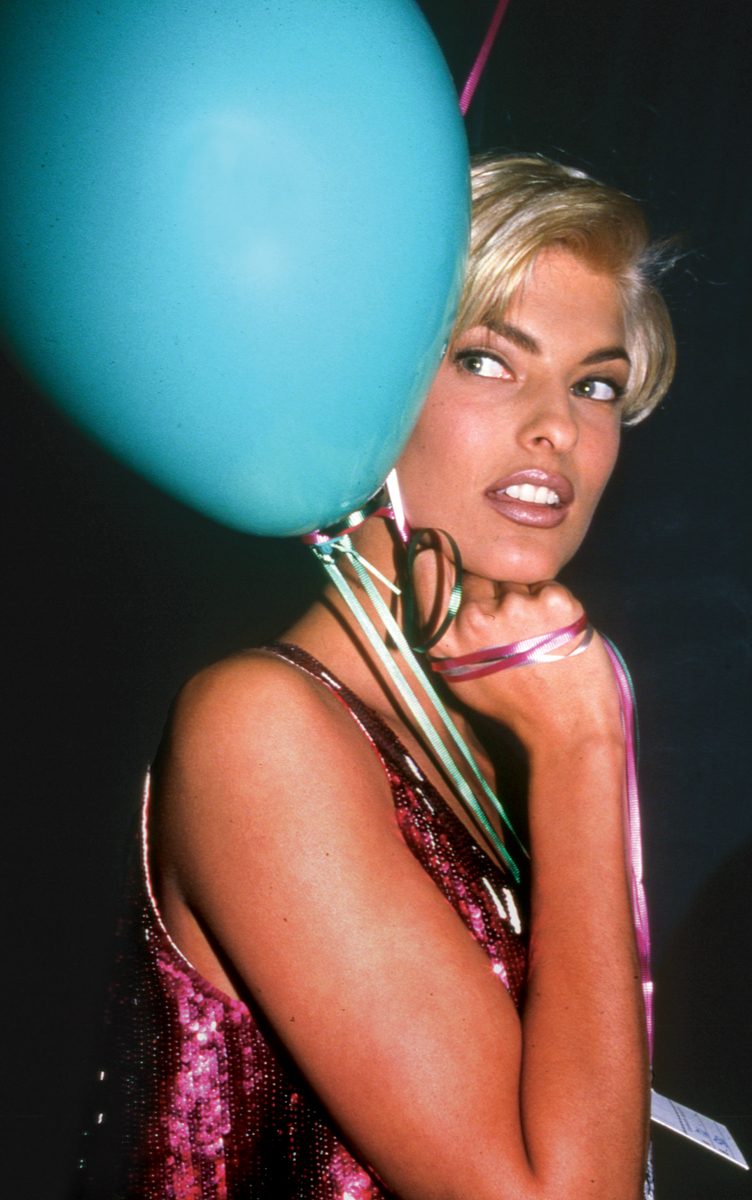 Linda Evangelista is back on the beauty scene as the creative director of new skincare company Erasa. Naturally, we took the occasion to grill her on everything from Gigi and Kendall to Carlyne and Cavaco.

You’ve been the face of several beauty brands, like L’Oréal Paris and NARS Cosmetics. What urged you to go a step further and join a company?
This is the first time that something felt so right and happened so naturally. [Erasa XEP-30] is the first product that’s ever really worked on me. I was very enthusiastic about it, and my esthetician Georgia Louise’s husband, who had given it to me to try, suggested I meet the team. I went in for a quick hello, and was fascinated with Julius [Zecchino], the chemist. We hit it off, and they invited me to come on board. I felt that it was an easy decision to make because I was very, very, very into the product and believed in it. Going forward, the things that we’re creating are things that I believe in and things that I think women need—or that I certainly need!

The brand falls into the anti-aging category—what are your thoughts on the increasing pressure women face to look like younger versions of themselves?
Who wants to look younger? I get feeling younger physically, but looking younger is just so wrong in so many ways! I just try to look good. I look forward to aging and watching my son grow into a man. Too many people close to my heart have passed too early, and I will never get to laugh with them in the decades to come, which makes me very sad.

Erasa XEP-30 has been said to have effects similar to Botox.
I’ve never said it’s an alternative to Botox, but a lot of editors and journalists who’ve tried it come to that conclusion, and I’m not going to disagree with them. The XEP-30 has that effect on the wrinkles, relaxing them. Most people love the product for that very reason, but that’s not what got me hooked. There were three other things that I liked more than the relaxing of the wrinkles, and that was evening out my skin tone—my melasma, which I’ve been battling for so long, is almost gone. It also shrinks the pores. And it wasn’t Julius’s intention, but it helps fade dark circles. Without realizing it, I have stopped wearing concealer. We are currently working on a moisturizer, along with a moisturizer with sunscreen. We also plan to work on new products that address eyes, lips, and hands. Lab days are very exciting!

Where do you stand on the more invasive stuff?
Oh, I’m pro everything! [Laughs] Definitely, definitely. Actually, I was one of the first people to admit that I did Botox, but I’m actually someone who doesn’t really care about wrinkles. I like wrinkles on a face. I don’t like uneven skin tones. I don’t like big pores. Wrinkles I think are okay. But yes, this product really helps with wrinkles, and I know a lot of people use the product for that.

What were your tried-and-true beauty products when you were a catwalk regular?
It was always never-ending and changing. The thing that really got my attention with the Erasa is that when I finished the bottle, I thought the pump was broken, because I’ve never finished any beauty product in my life. Ever. I never went out and bought the same line twice. I always moved on to the next brand. And I’ve tried them all! It’s nice that there’s one product that can address so many issues.

Is there anyone in the industry that you’re still close with?
All of them!

We saw that you recently reunited with members of your girl squad, Christy Turlington and Naomi Campbell, for the Knot on My Planet campaign. Was it just like old times?
It was a lovely experience. It felt very familiar working together, and we enjoyed ourselves. Carlyne Cerf [de Dudzeele] tied us in our knot in the dressing room and we had to make our way to the set across the studio like that. Christy and I had our boys there, and they hung out together.

Cindy Crawford’s daughter, Kaia Gerber, is having a real moment!
She’s lucky she has a great coach, and she’s got someone who has her back. I can’t see how she could possibly fail. She’s not being thrown out there and being blindsided. I’m sure she’s being very well protected. She couldn’t ask for a better coach or team captain.

Some say Gigi Hadid and Kendall Jenner and the like are the next generation of supermodels. Would you agree?
If you tell me what a supermodel is, I can answer your question! [Laughs] If you’re talking about the girls out there who are on top of the world right now, there’s definitely a moment. I mean, they’re bigger than life. They’re incredible. They’re substantial and important and relevant and fascinating and all of the above. It’s all about change. Fashion is about change, and there’s been this tremendous shift in our industry as far as models and fashion and media and social media. I think it’s all just the way it’s meant to be. It’s all fascinating.

Do you think it’s fair that social media is a big part of these models’ jobs today?
I think it’s always existed in different terms. From the beginning, when they were doing black and white films in Hollywood, the actresses contractually had to do interviews, didn’t they? Which was giving away part of their privacy. I can’t possibly see social media getting bigger than it is now. [Laughs] But it probably will! I don’t know how it will evolve. Do I think it’s fair? They can always say no. One can always say no. But I’m sure one is compensated somehow. It’s a double-edged sword, like everything.

Have you hopped on the social media bandwagon?
[Sighs] You know, I was brought in to Instagram kicking and screaming. I got an intervention by my peeps. [Laughs] So that’s the only one I do. And I actually enjoy it, but every time I post or I take a picture of something, I’m not thinking, “Oh, I’m going to take a picture of this for Instagram.” I hope I don’t have to start changing the way I think. But you have to make a decision, and there’s always consequences in life to the decisions one makes about, do I share this personal moment or don’t I? So that’s a little bit of the battle I’m having with social media. And the people who do it, we’re all so interested. The more they share, the more we want. I’m interested! I’m having to find my equilibrium there, though. I haven’t found it yet, what I’m comfortable with.

You post a lot of photos from old shoots. What’s your favorite shoot experience of all time?
While I have so many, one that comes to mind is my shoot in Miami, with Steven Meisel, Oribe, François Nars, Sciascia, and Fabien Baron for Franca/Italian Vogue. Those were the days when we had a week to shoot and explore. It was a bit scary in the back alleys of Miami, though, as we heard a few gun shots. We had a blast on that trip.

Let’s say your son one day says, “Mom, I want to be a model…”
[Laughs] He can’t stand having his picture taken. It breaks my heart! He did not get that gene from me. I never thought of that, though. Never. I’d have to be supportive of whatever he wants to be.

If you could relive any one of your runway moments, which would it be?
Maybe I would choose Anna Sui’s first show. It was really fun and there weren’t enough of us, so we really had to scramble and hurry. We all wanted it to work for her, and you know, [stylist] Paul Cavaco was there. It was a very, very exciting moment, because she is a friend and I was with the girls, and I just remember it being a fun moment.

What, if anything, could bring you back to the runway?
[Laughs] Oh…um. No. No…I can’t think of anything. It’s so nice to watch shows, though.

There is something wonderfully fresh about Linda E. She got a bit of heat for getting out of bed…BUT it was the quote of quotes everyone loved from Australia to New Zealand to India Ive heard it. Im glad shes not only made peace with it BUT shes enjoying it now. This product is curious. Bring it down to the South Pacific. Skin is our biggest organ…& this product sounds positive. Im a man- I want it. Great article.

Linda Evangelista is a legend. She will be gorgeous and naturally elegant even at 100. She is one of a kind and no other model can compare to her. WE LOVE YOU, LINDA!

Ms. Evangelista is the most beautiful woman ever. She is beyond gorgeous and she is the essence of beauty, elegance and class.