And finally…American Vogue’s September issue sees the light of day! The return of the model is now complete with Joan Smalls, Cara Delevingne, Karlie Kloss, Arizona Muse, Edie Campbell, Imaan Hammam, Fei Fei Sun, Vanessa Axente, and Andreea Diaconu all mugging for Mario Testino’s camera on the cover. Dubbed “The Instagirls”, these girls are the “models of the moment” and it’s a historic cover for many reasons. For Delevingne, she’s in the rare position of appearing on the September issues of both American and English Vogue, which is a historic overlap. It’s also, believe it or not, the first time Kloss and Smalls have appeared on the cover of American Vogue. Applause, applause, applause. The Vogue team also created a video of the girls musing on what they think a supermodel is, and telling us a little more about their new nickname. “It’s the new generation of kids these days,” Kloss says about that Instagirls title. We dig. 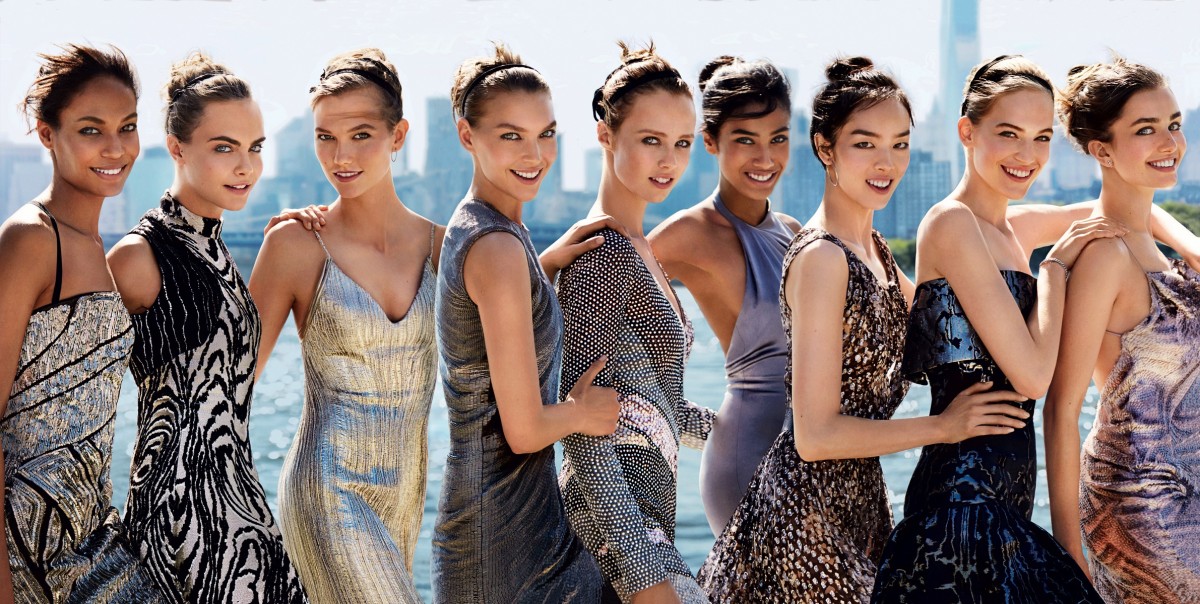