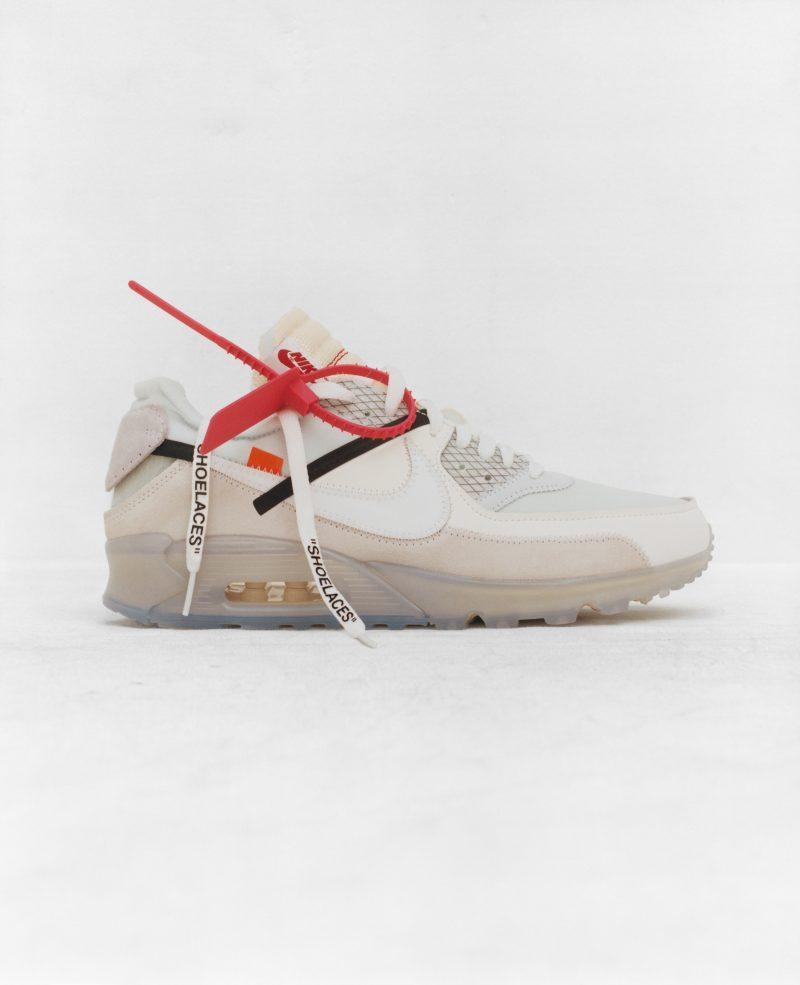 “What we’re talking about here is larger than sneakers, it’s larger than design culture,” said Abloh in a press statement. “It’s nothing short of state-of-the-art design. These 10 shoes have broken barriers in performance and style. To me, they are on the same level as a sculpture of David or the Mona Lisa. You can debate it all you want, but they mean something. And that’s what’s important.”

Abloh made his first visit to Nike HQ in Beaverton, Oregon in 2016, where he rebuilt a pair of triple-black Air Force 1 Low shoes using an X-ACTO knife and markers. That inspiring pair of sneakers led to one-offs for his staff to wear at that December’s Design Miami, where he presented Off-White furniture. Those shoes were handmade by Matt Kilgore—son of Bruce Kilgore, who designed the original Air Force 1 in 1982—through Nike’s Blue Ribbon studios.

But Abloh and his friends had been designing their own versions of Nikes since they were teenagers, even mailing in their designs to headquarters. The very idea that any kid from Middle America could learn to design was part of Abloh’s process in creating the shoes.

“Yes, we’re making a desired product, but by making a trip to your local store, and using tools you have at home, you could also make this shoe,” said Abloh. “This approach articulates a Just Do It mentality—one rooted in working hard to realize one’s own potential. I spend a tremendous amount of time thinking about the kid in the middle of nowhere who has a passion for design, much like I did. He or she needs a path like this to understand design.”

The essential design elements of the sneakers were created predominately with an X-ACTO knife, just like the first pair he created in 2016. Abloh cuts into the shoe to reveal the foam in the shoe’s tongues and moved the Nike label to the side. He also move the Swoosh placements and added pops of color through orange zip ties.

It’s this marriage of accessibility and high-end product that has made Abloh both so likeable by the industry and a runaway success with the public. Abloh has already collaborated with Ikea on an affordable line of furniture this year, which included his own vision for their iconic blue Frakta bag, and he dropped hints that he may launch a DIY collection.

For Nike, Abloh managed to pull off the fastest collaboration the mega brand has done to date: 10 shoes in about 10 months, from ideation to release, according to Nike. An impressive timeline for the ever-increasing pace of consumerism, which will no doubt have Nike coming back for more from Abloh.

Expect these to be swooshed off shelves as soon as they hit the market.

Meet the New Stylists for the Kardashians, Catching Up with Iman in Vogue