Daily News: Tommy Dorfman Has Come Out As Trans, Is Victoria Beckham Going Back To The Spice Girls?, Rick Owens’ Extraterrestrial Converse Drop! 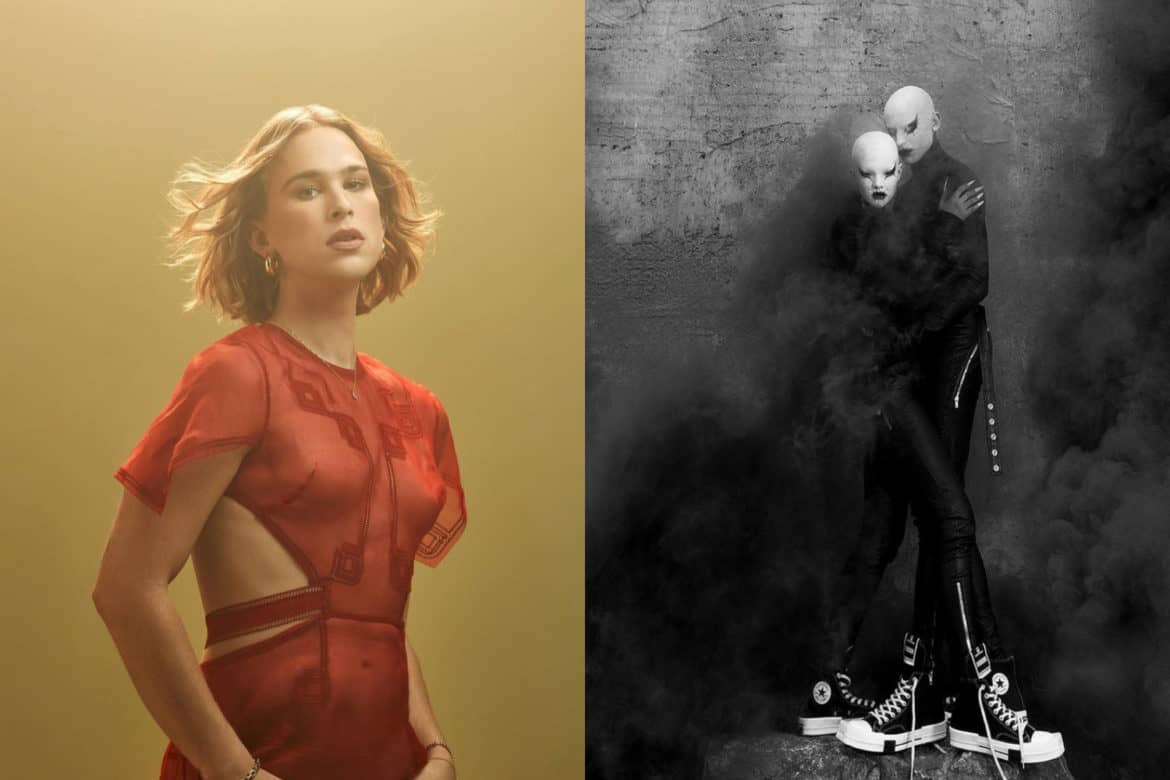 Tommy Dorfman has reintroduced herself as a woman

For the past year, 13 Reasons Why actress Tommy Dorfman has displayed a change in her personal style, which typically includes the likes of luxury designers and more feminine garb. Speculation has not-so-quietly arose. The actress has kept to herself—that is, until today. The star has reintroduced herself as a woman on Instagram, identifying with pronouns she/her, following a year-long medical transition. “For a year now, I have been privately identifying and living as a woman — a trans woman,” Dorfman told Time in a debut interview. For her celebratory post and feature with the publication, the star stunned in Carolina Herrera, Proenza Schouler, and Fendi, whilst thanking her “day one team” who helped her make the transition. As for her career, Dorfman has a slew of gigs on the horizon—namely, Emrhys Cooper’s forthcoming The Shuroo Process, as well as limited series Fracture and Lena Dunham’s upcoming film Sharp Stick.

Following heaps of online criticism regarding Prince George’s heartbroken appearance at last week’s Euro 2020 final, at which England lost in penalty shots against Italy, the young royal posed handsomely to celebrate eight years around the sun. Parents, AKA the Duke and Duchess of Cambridge, Prince William and Kate Middleton took to their personal Instagram account to post the official birthday photograph of the future king, who’s pictured sitting atop a Land Rover Defender at Anmer Hall in Norfolk, dressed in a striped collared polo and an ear-to-ear smile. Take that, trolls! According to royal experts, William and Kate considered breaking the tradition of sharing their children’s portraits to celebrate big milestones—namely, birthdays. The photo was snapped by the Duchess herself, who’s known for her amateur photography. Happy birthday!

A post shared by Duke and Duchess of Cambridge (@dukeandduchessofcambridge)

Wait, are the Spice Girls reuniting!?

While this year’s Glastonbury was cancelled due to ongoing COVID precautions, next year’s might just feature a cameo from Posh Spice herself. Revealed on weekly TV program Lorraine, former Spice Girl Melanie Chisholm said that Victoria Beckham would enjoy a performance with her old crew at the beloved festival—that is, if the opportunity presented itself. Though rumored as of now, the cameo seems promising, as the group “constantly talk about getting back on stage… We’d love to do it again once the world allows,” Chisholm said. Who knows, maybe a delayed 25th anniversary “Wannabe” performance is in our future. 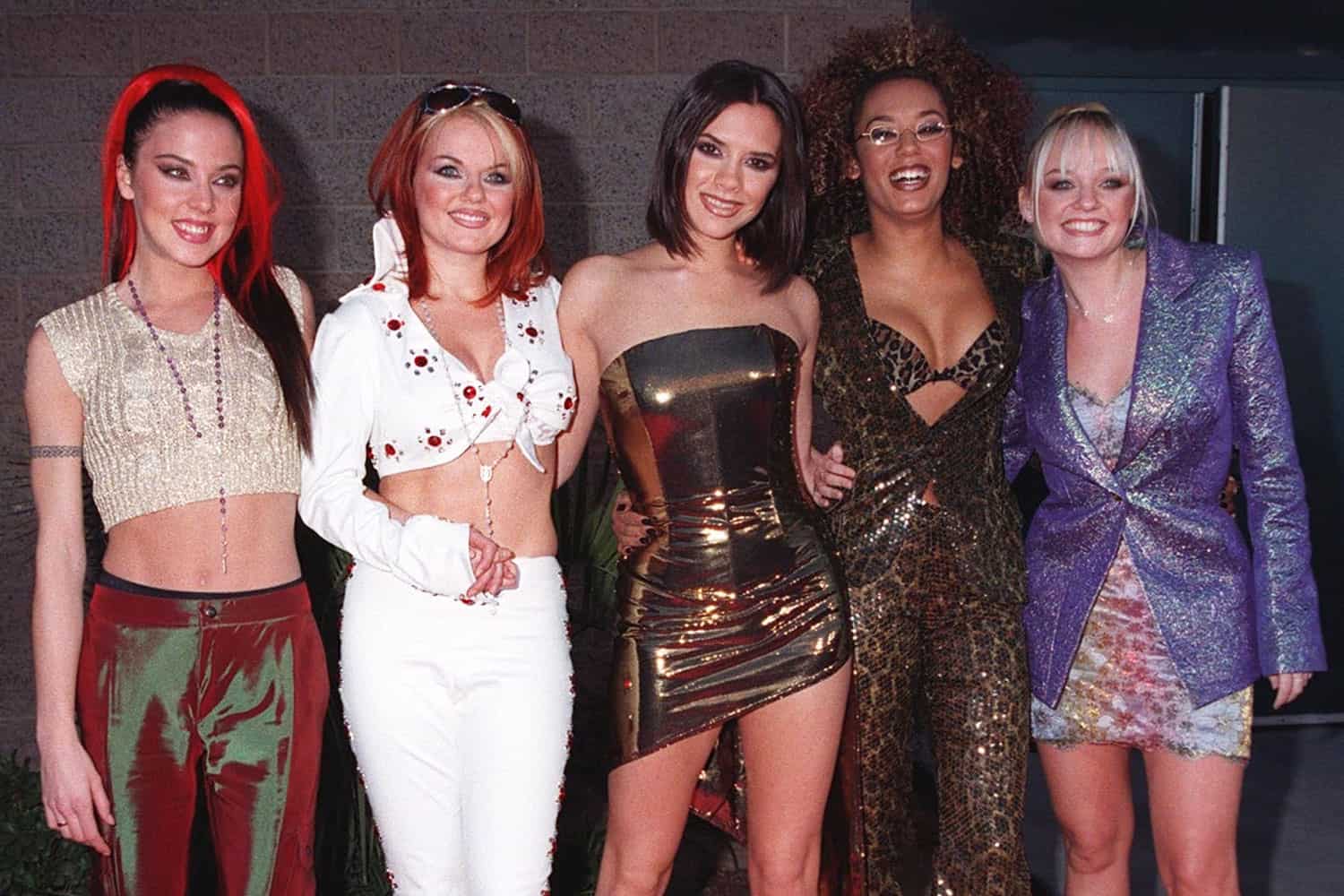 Rick Owens has always been a Chuck Taylor enthusiast, and even designed a variation of his own—the Ramones sneaker—that paid homage to the legendary kicks. It wasn’t until the sneaker label reached out to the designer for an official collaboration that Owens was able to design something with a Converse stamp, though—and it’s everything we could’ve dreamed of! As for the drop, extraterrestrial influences are dotted throughout—from the sneaker’s square-toed aesthetic to the post-world themed campaign. Modeled by Canadian couple and fashion muse duo Fecal Matter, who appear to resemble aliens in the shots, Owens’ Chucks are a rendition of the signature Chuck 70. Offered in both high-top and low-top form, as well as black and white colorways, the sneaker features a squared toe, exaggerated-tongue, and exclusive co-branded detailing. A classic turned modern (dare we say, futuristic?)! Get yourself a pair from $215 to $225 starting July 27.

Real Housewives of Miami are heading to Montauk

The Real Housewives of Miami? More like The Real Housewives of the Hamptons! The Miami group is headed Out East to film the season’s latest, and, while the beach may look less crowded, the shopping and the drama remain unchanged. Trading stucco for cedar shingles, the group will be residing in an $8 million mansion—a three-story, 4,000 square-foot pad bedecked with glass walls, a rooftop pool and lounge area, and, likely, hefty closet space—right near neighborhood hotspot Gurney’s Resort. The reality series will return to Bravo come January, after a years-long hiatus beginning in 2013.

A post shared by The Real Housewives of Miami 🦩 (@rhom.peacock)

Miley Cyrus graced her Instagram followers yesterday with a two-fer—brand new merch and an at-home photoshoot to show it off. The aforementioned collection, which is a nod to the pop star’s boundary-pushing personality and social feed alike (note the “Enjoy @ your own risk!” listed in her bio), comprises a Pride-inspired white long-sleeve and pink muscle tee—both stamped with phallic illustrations and bawdy comments—that reads “Miley Cyrus made me realize I am gay.” As for the Instagram post, the singer posed pantless—in her Gucci heels, nonetheless—atop her dad’s pickup truck. Sorry, Billy Ray, this girl can’t be tamed! Some proceeds from the merch, which retails from $35 to $45, will be donated to Happy Hippie, Cyrus’ LGBTQ+-focused nonprofit.

Cardi B shows off slew of Birkins

BRB while we take out a loan to look at Cardi B’s impressively-studded Birkin collection! The rapper just took to Instagram to show off her lineup of… uhm… 26 Birkins—with nearly every color and style under the sun at her painted (and, likely, bejeweled) fingertips. Accessorizing her growing bump in a body-con Mugler dress, the mama-to-be has been collecting iterations of the notorious tote for years, with her most recent bags boasting paisley and camouflage prints. Naturally, her three-year-old daughter Kulture’s Birkin collection has already begun, with a five-figure tote gifted on her second birthday. The B in the rapper’s stage name might as well stand for Birkin!