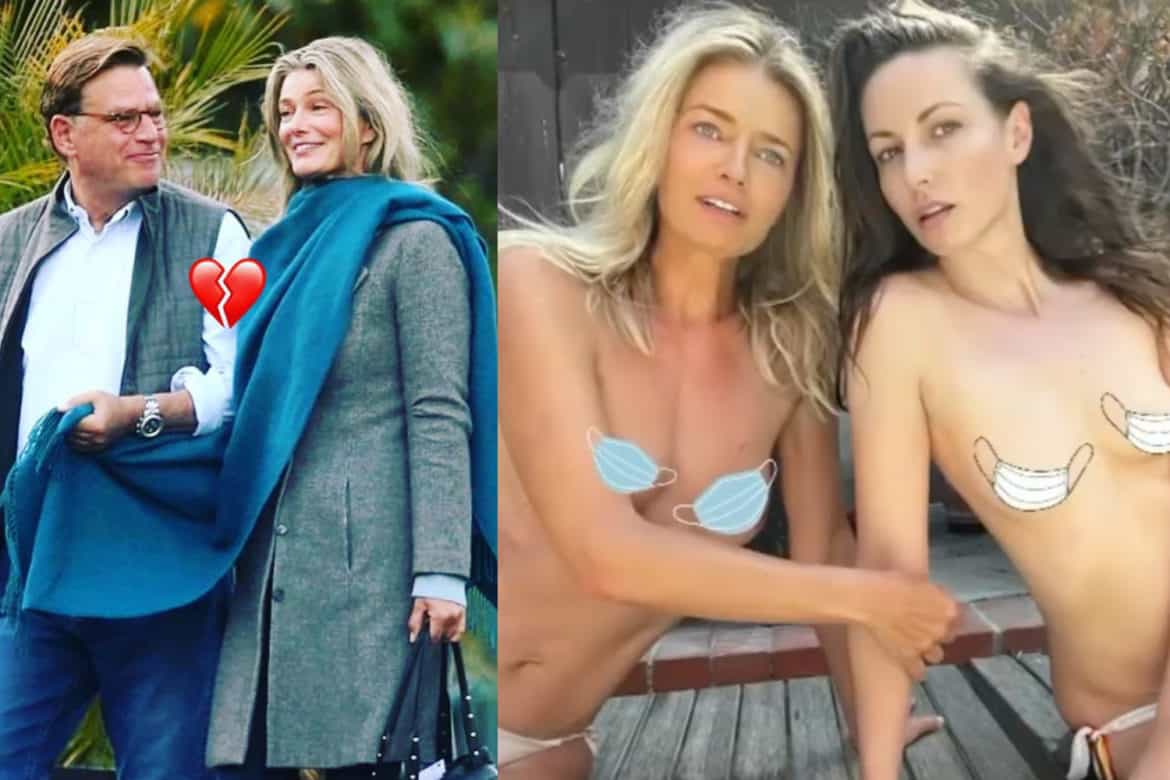 Model Paulina Porizkova is single and ready to mingle—though, no thanks to dating app Hinge. Following her recent split with writer Aaron Sorkin, Porizkova attempted entering the dating sphere, but was booted off the dating app because of Hinge’s leery approach to celebrity impersonators. According to the app, users reported Porizkova’s profile as being fake.

Alas, it was not—the girl’s just trying to land a date! This week shel took to Instagram to take her own jab at the platform, and its technical difficulties, noting that she had reached out to Hinge’s support team on multiple occasions, but never reached anyone.

“OK. What’s up , @hinge ?” Porizkova wrote in the caption. “I signed up a while back, and was booted off instantly because I had violated guide lines. I didn’t even get to post my photo. My name, it seems, is against guidelines?”

Porizkova isn’t the first celebrity to take the boot, either, with Sharon Stone, Ben Affleck, and model Luna Benna having dealt with similar love-blocks. Consider the post—as well as her recent topless and all-naturale photo-ops—her official ready-to-date application. Signed, sealed, and delivered!

Porizkova and Sorkin, who made their official debut as a couple on the 2021 Oscars red carpet, reportedly split on positive terms. She took to Instagram just two days ago to announce the news, which she did through a light-hearted caption and an edited paparazzi shot of her and Sorkin—with a broken heart emoji photo-shopped on top, to clarify even further.

“I’m so grateful for his presence in my life. He helped heal me and reclaim myself. There truly may be no better man, no man who’s more genuinely “good.” He’s brilliant and witty and funny and sexy. But it doesn’t matter how much we may wish we were birds of a feather – we’re still a duck and a goose,” she wrote.

Daily News: Tommy Dorfman Has Come Out As Trans, Is Victoria Beckham Going Back To The Spice Girls?, Rick Owens’ Extraterrestrial Converse Drop!