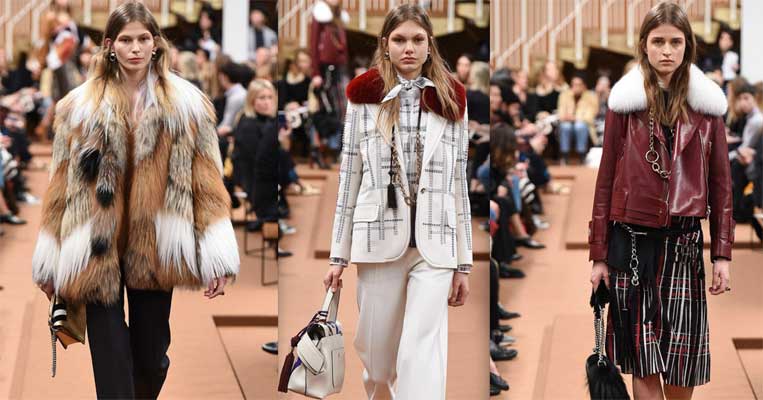 Tod’s show in Milan opened with Karlie Kloss lying down, on display, as she was sewn into leather by Tod’s artisans. Kloss was surrounded by other models in unfinished looks waiting for their “turn” on the Tod’s operating table. What was the big idea? A de rigueur fashion moment bien sûr…oh, and to express the craftsmanship behind Tod’s luxurious leather. The brand, of course, is synonymous with luxury, but creative director Alessandra Facchinetti has taken it to new heights by elevating Tod’s classic luxury to ultra-desirable fashion.

But it doesn’t always take reinventing the wheel to make a business soar past its competitors. Subtle tweaks and doing it just a cut and a stitch above the rest can sometimes work wonders. In this case, Facchinetti’s oversized checks, leather jackets, suede with woven leather trim, and fabulous fur struck just the right chord. And the footwear? It’s no secret that Tod’s driving shoes have been given a second life, but those heeled hiking boots with the pointed rather than rounded toe were the perfect touch on a recently enduring trend.