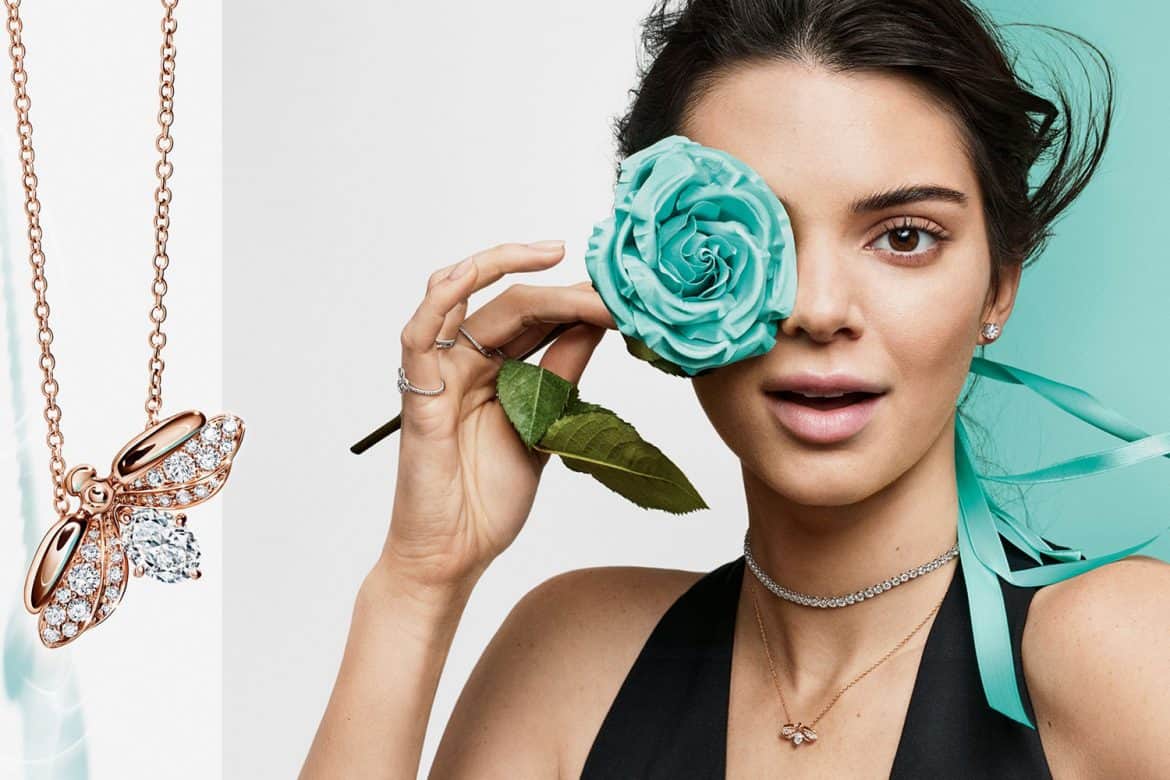 Tiffany & Co. Profits Decline as Chinese Tourists Buy Less (Business of Fashion)
Tiffany & Co. sales dropped 4 percent in the Americas in the first quarter of this year. Recently the company said its profits took a hit due to a 25 percent decline in spending by Chinese tourists. This news, mixed with exported jewelry tariffs rising 25 percent, has caused the brand’s shares to fall 2.7 percent to $88.49. In related news though several luxury brands are feeling the burn from rising tariffs, Louis Vuitton is not one of them. The house is reporting “unheard-of growth rates” in China.

Pastis Is Reopening Soon (Eater New York)
The iconic New York haunt Pastis — a celebrity hotspot in the early-2000s — is about to reopen at 52 Gansevoort St. The restaurant, which first opened in 1999, closed in 2014 when the building it occupied was bought and torn down. “It’s reminiscent of the original Pastis without being a replica of it,” said restauranteur Keith McNally. “In helping to put this together I tried to recapture the spirit of the original Pastis more than its physical details.”

Louis Vuitton Celebrates Its Collaborations with a New Exhibit
Vuitton will soon stage an exhibit exploring the house’s 160-year history of collaborations. Titled Louis Vuitton X, the show will feature over 180 items from the brand’s archives, including bags reworked by Karl Lagerfeld, Rei Kawakubo, Cindy Sherman, and Frank Gehry. Original collaborations by artists like Yayoi Kusama, Richard Prince, and Zaha Hadid will also be on display. Additionally, the new Artycapucines collection — a collaboration with leading contemporary artists — will debut at the show. Louis Vuitton X runs from June 28 to September 15 at 468 North Rodeo Drive in Beverly Hills. See renderings of what the space will look like below. 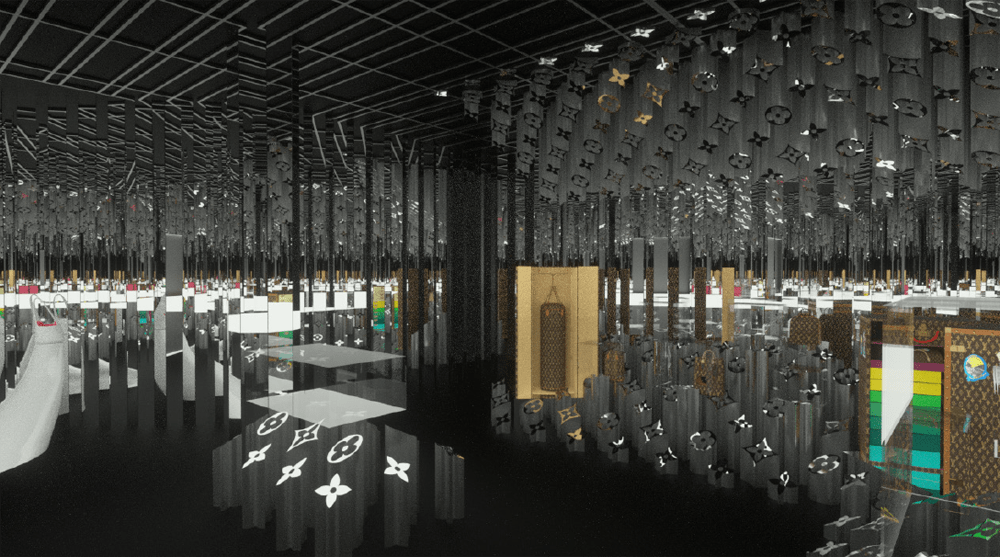 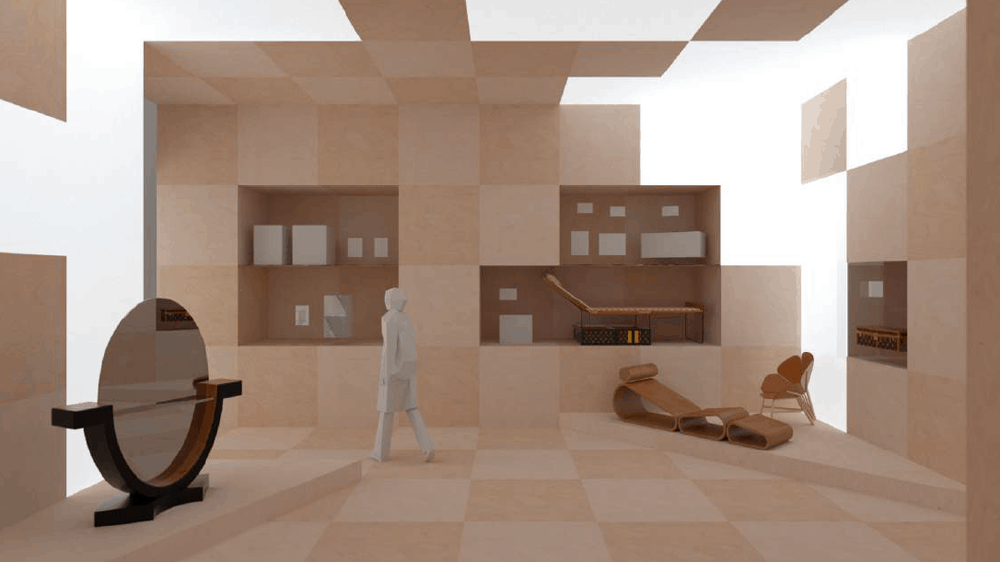 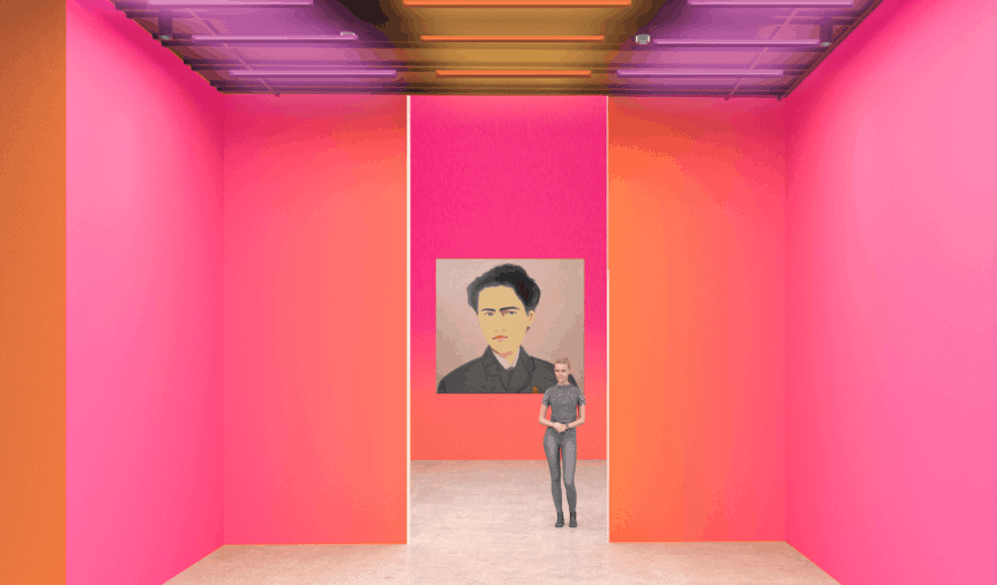 Kate Spade Honors Founder a Year After Her Death
Today marks one year since Kate Spade’s untimely death. To pay tribute to its founder, Kate Spade New York is donating $200,000 to The Jed Foundation, which works to protect emotional health and prevent suicide for teens and young adults. Additionally, the brand will match public donations made to JED between now and June 12th, up to $100,000.

“Kate Spade brought so much beauty and joy into the world, and now more than ever, we are committed to carrying on her legacy,“ said Anna Bakst, brand president and CEO of Kate Spade New York. “Through our continued support of mental wellness organizations, we hope to encourage more conversation, education and research around mental health to help those suffering.” Donate to JED on behalf of Kate Spade here. 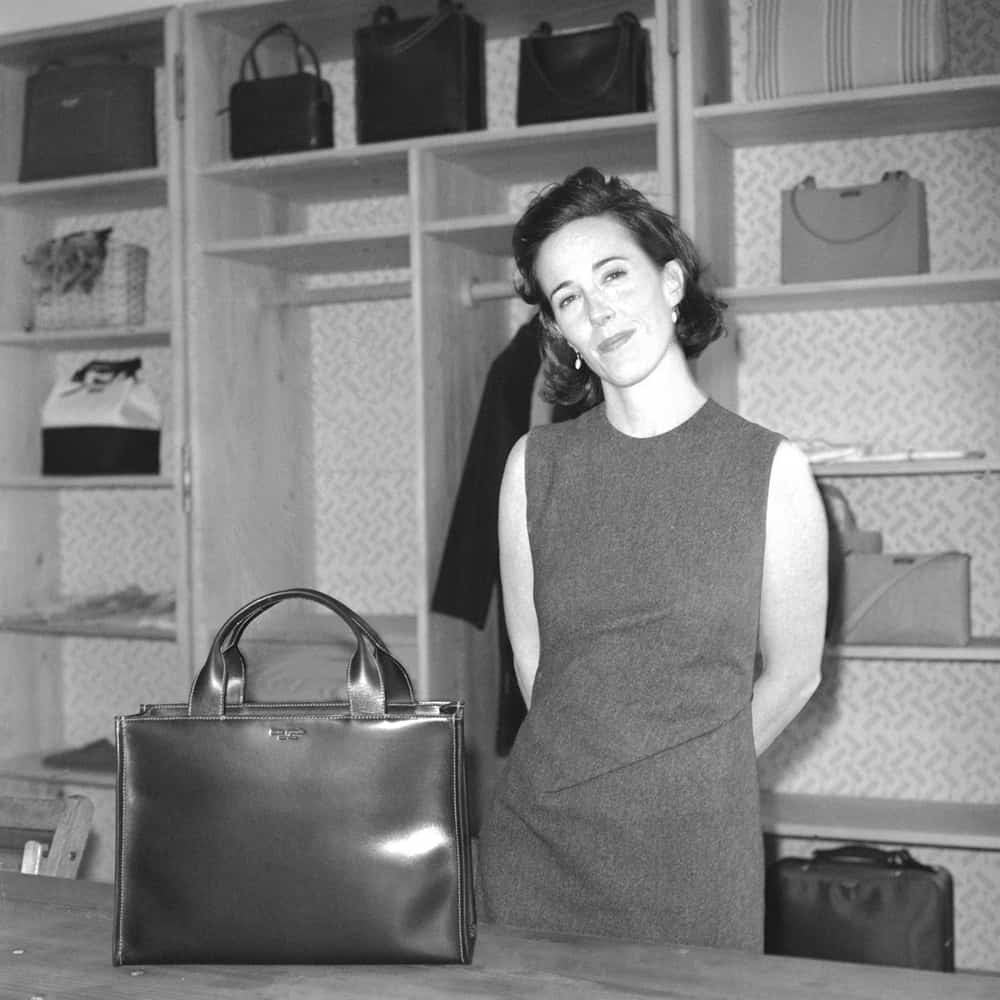 Coach Delves Into Its Past for Pre-Spring 2020
Stuart Vevers is celebrating Coach’s history by using the brand’s horse and carriage logo as this season’s key pattern. It fits perfectly into the collection’s retro-vibe. With flared trousers, shearling jackets, and polka-dot dresses, the clothes are simultaneously fresh and nostalgic. 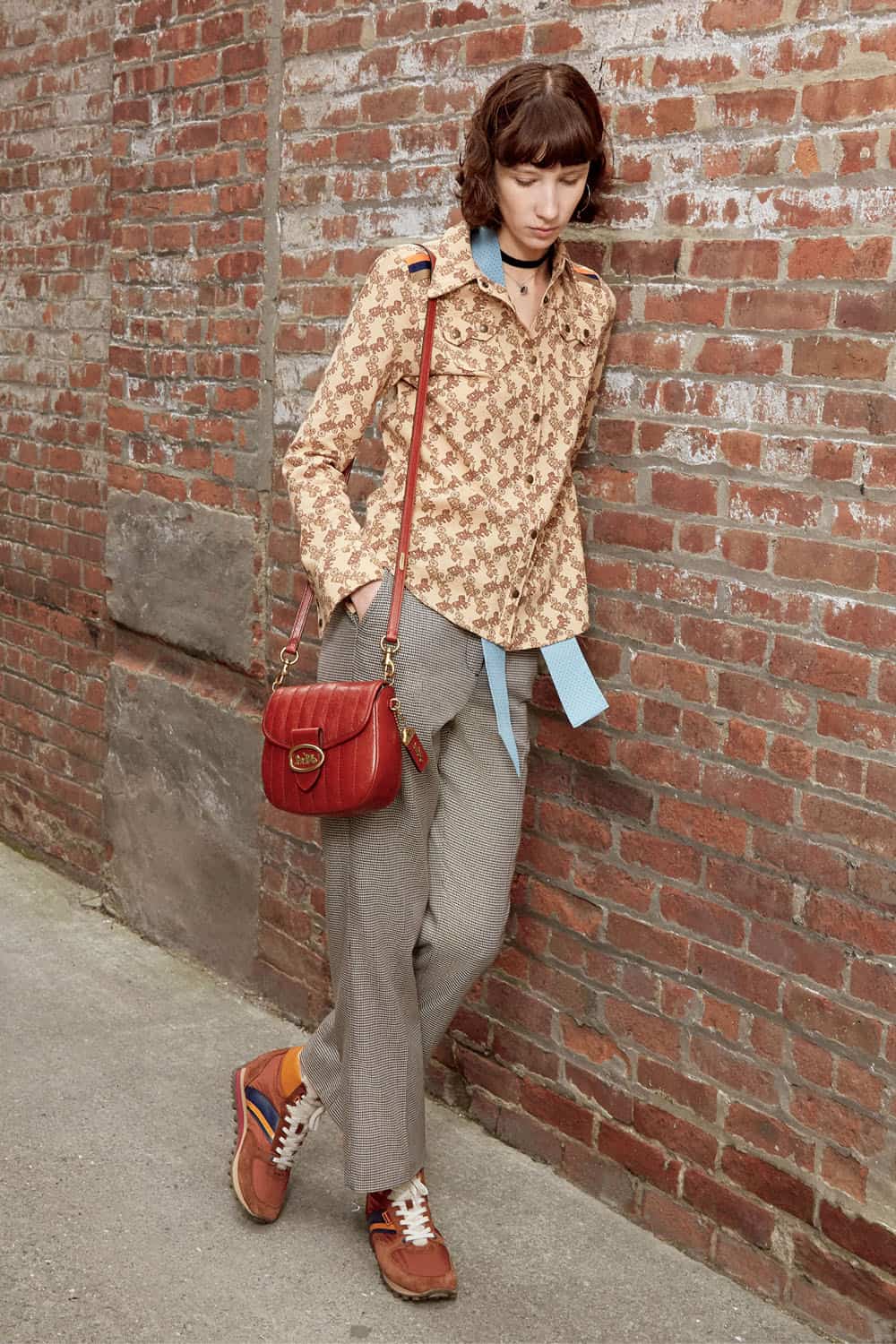 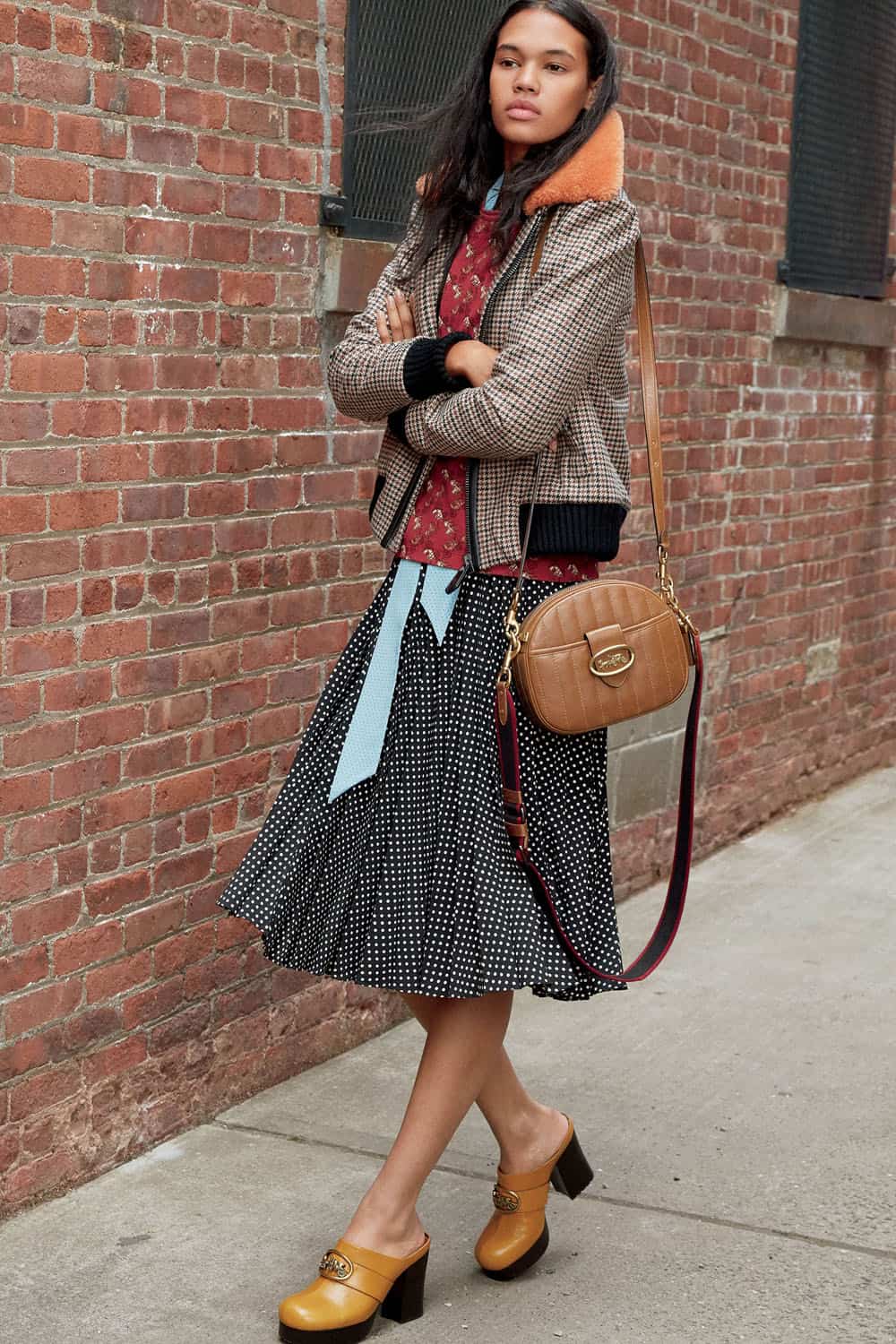 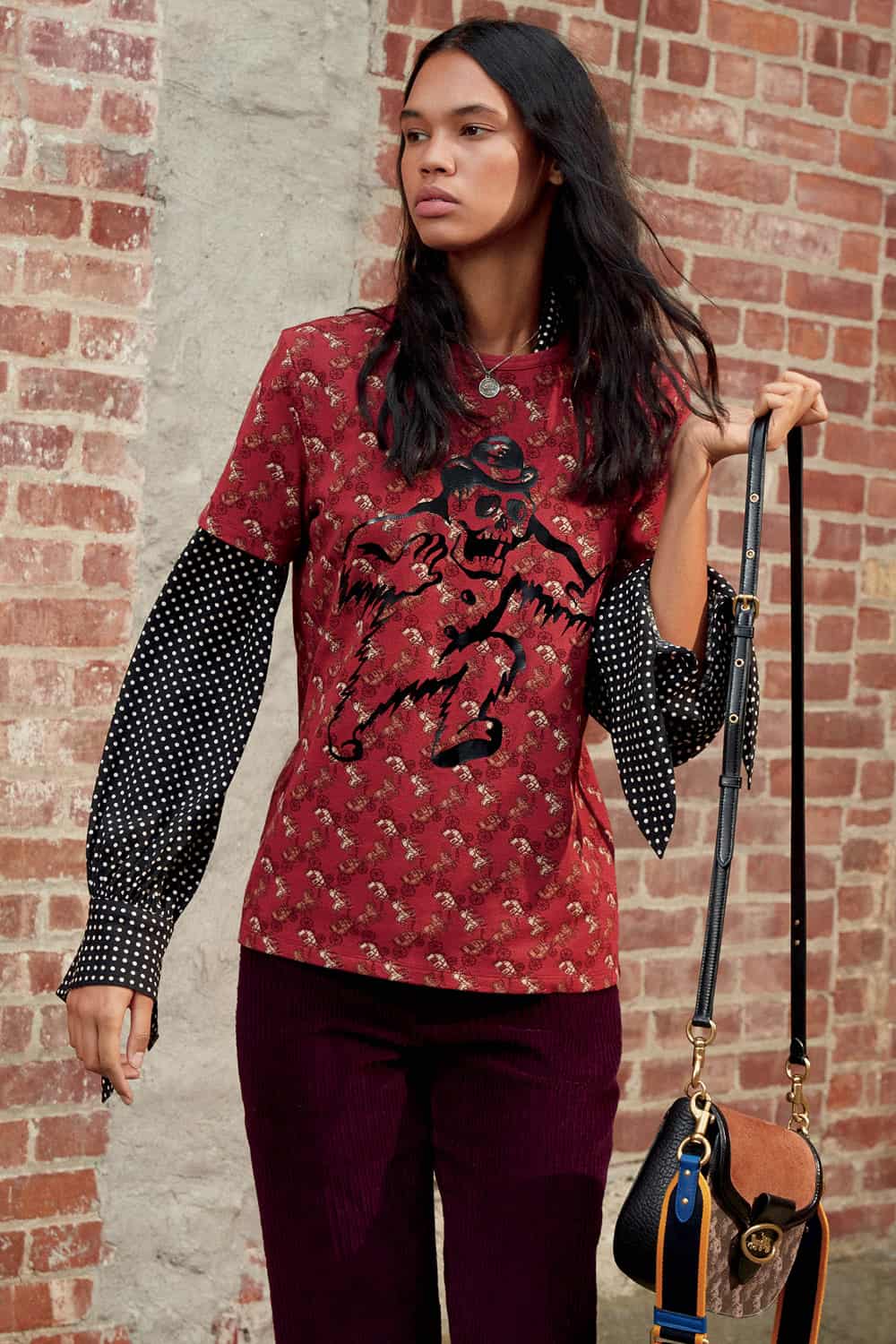 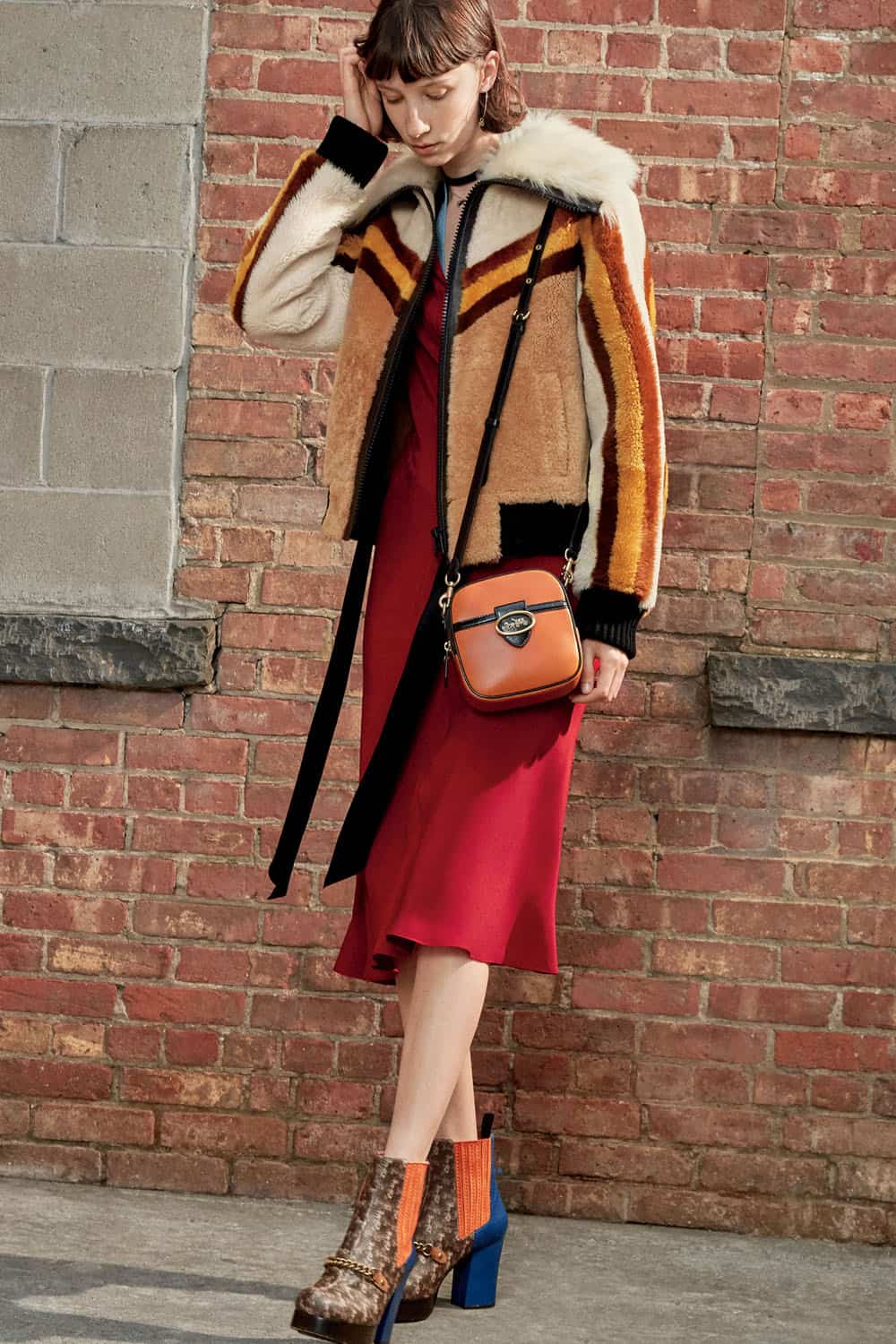 Bobby and Jake Cannavale Are Hugo Boss’ Latest Stars
Hugo Boss has tapped father-son duo Bobby and Jake Cannavale to front its Father’s Day campaign. The pair, who wear Boss’ Pre-Fall 2019 menswear collection, also appear in a video discussing their relationship. “Something he taught me without teaching me was the importance of being genuine and being true to yourself,” says Jake. “There’s no such thing as really becoming what you’re trying to be you’re either being it or you’re not.” 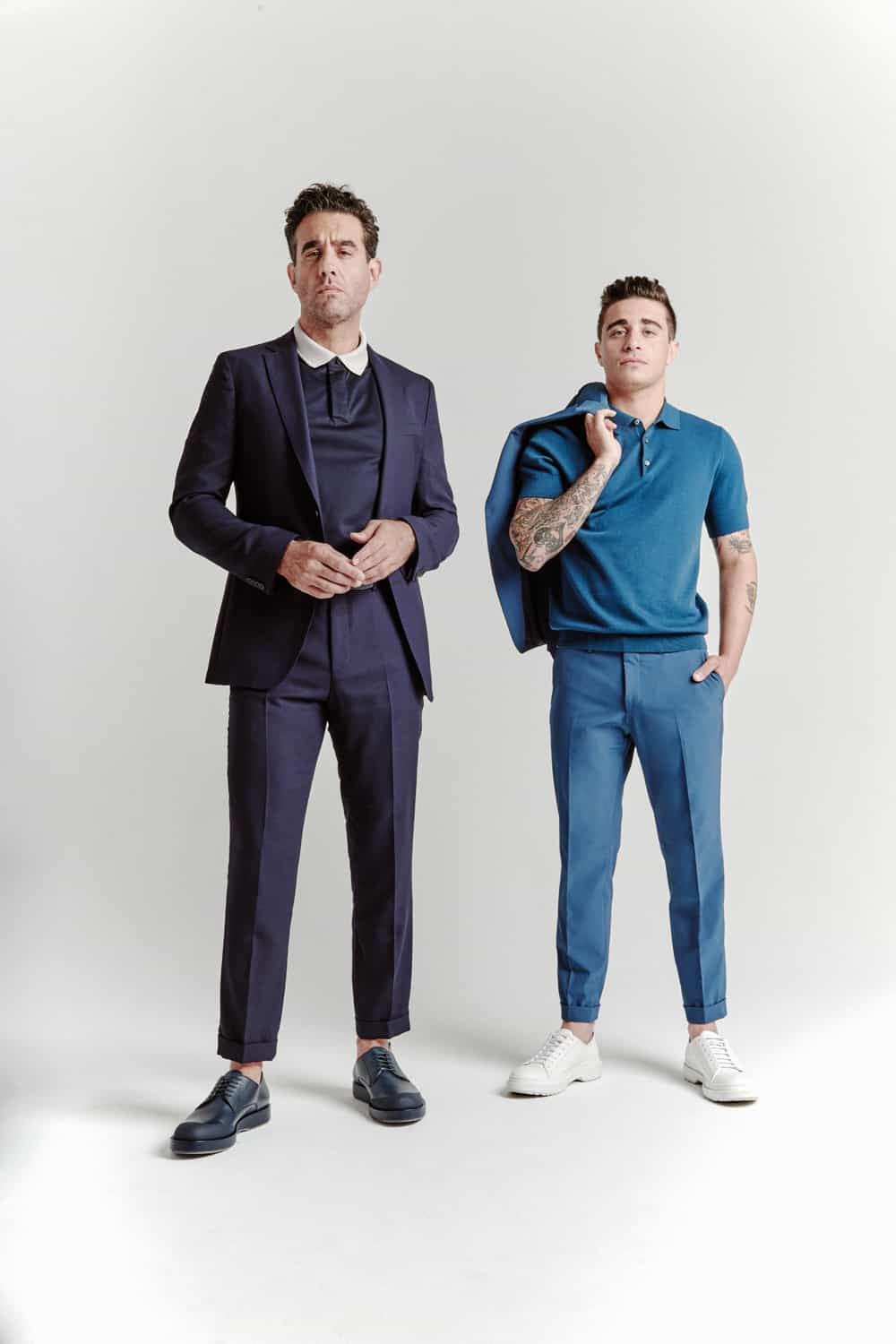 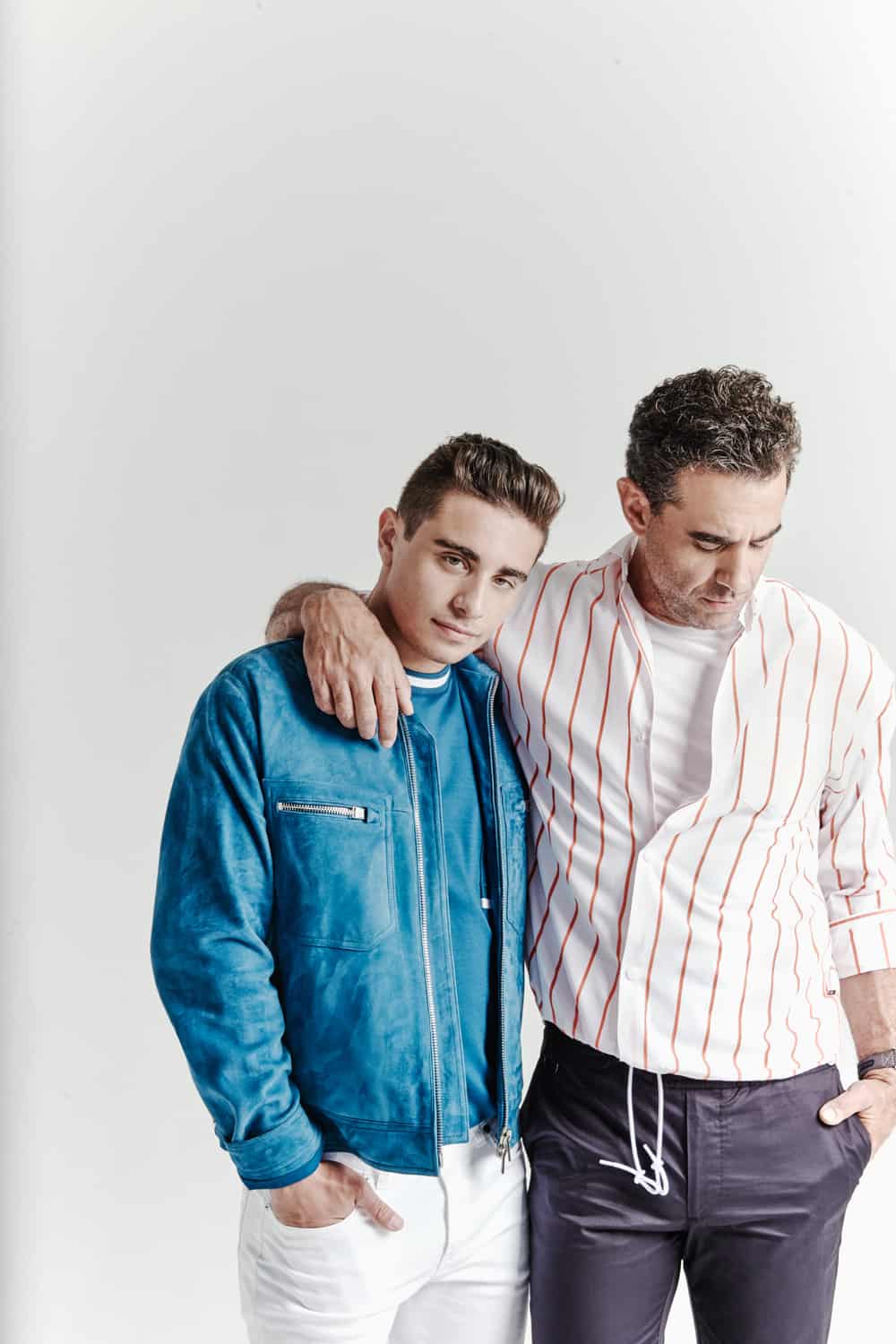 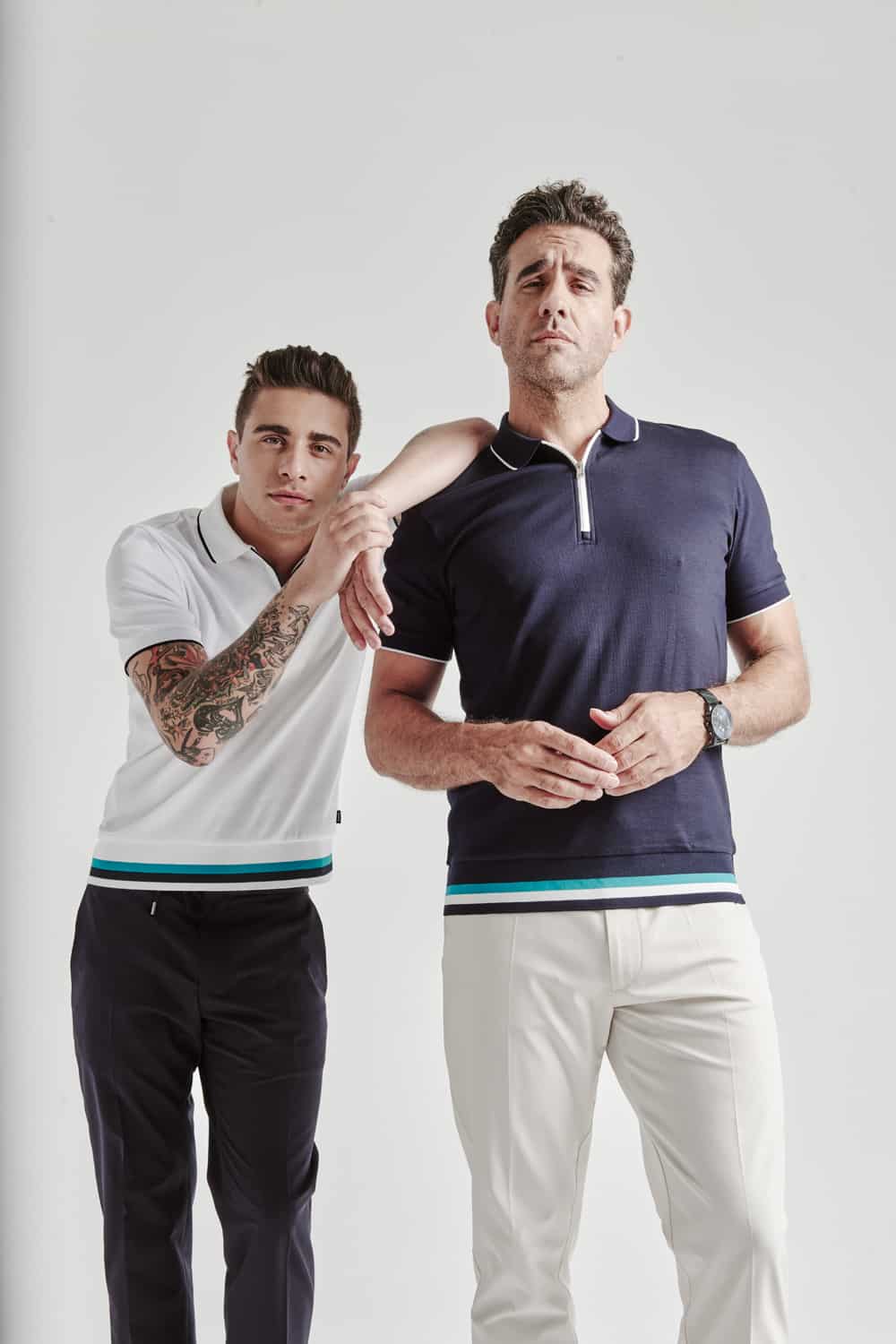 The 2019 CFDA Awards Red Carpet: the Good, the Blah, and the What Were They Thinking!?