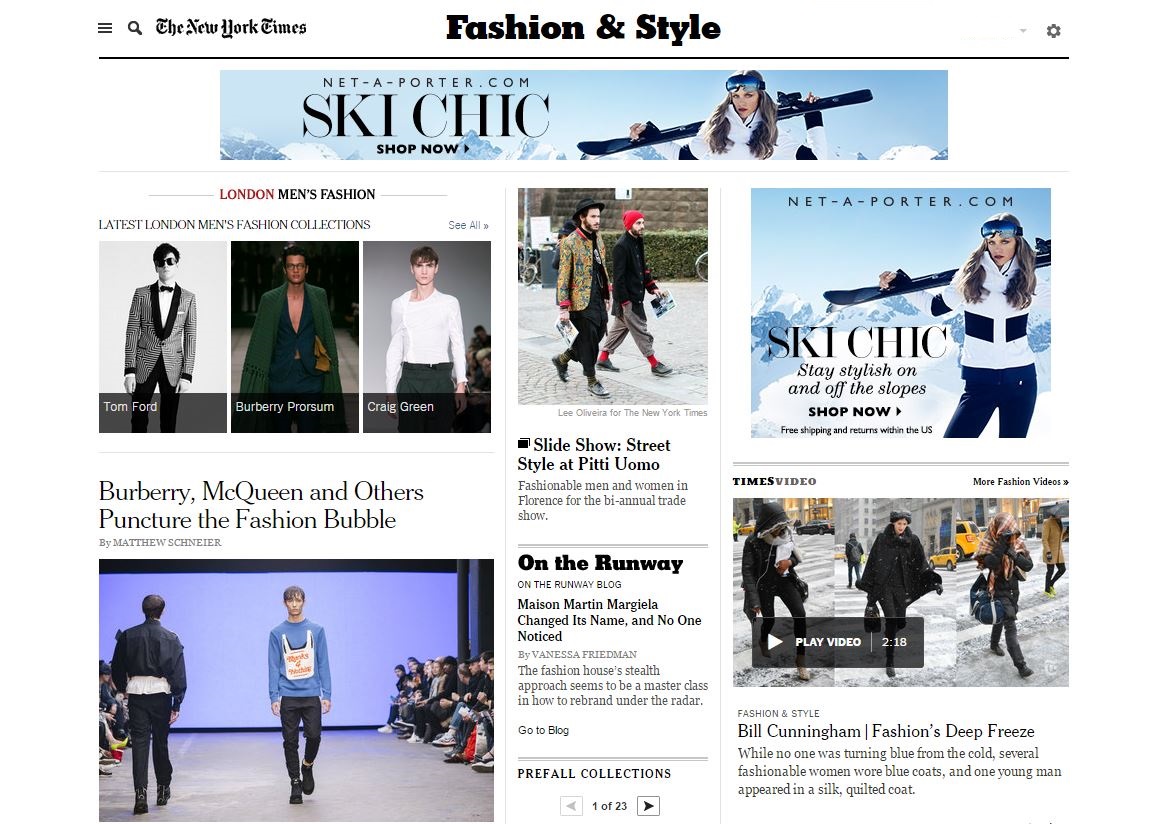 One for the blokes: The New York Times’ Styles section is adding to their biweekly coverage of all things fashion related, with a print section dedicated solely to men. Dubbed Men’s Style, the section will be released on the first Friday of every month, and will range from 12 to 14 pages long. But as a Times spokesperson told Capital New York, the paper has no plans of turning this into a weekly offering. Sorry, boys!

Why is the Grey Lady upping its men’s game? Well, they’re not alone in paying more attention to the guys. Last February, Men’s Fashion Day debuted during NYFW, and the growth of the men’s market has surpassed womenswear sales over the past five years, according to Business of Fashion. In 2013, men’s apparel sales accounted for $60 billion, a five percent increase from the previous year.

The inaugural Men’s Style section will bow on April 3, and will be overseen by Styles editor Stuart Emmrich.