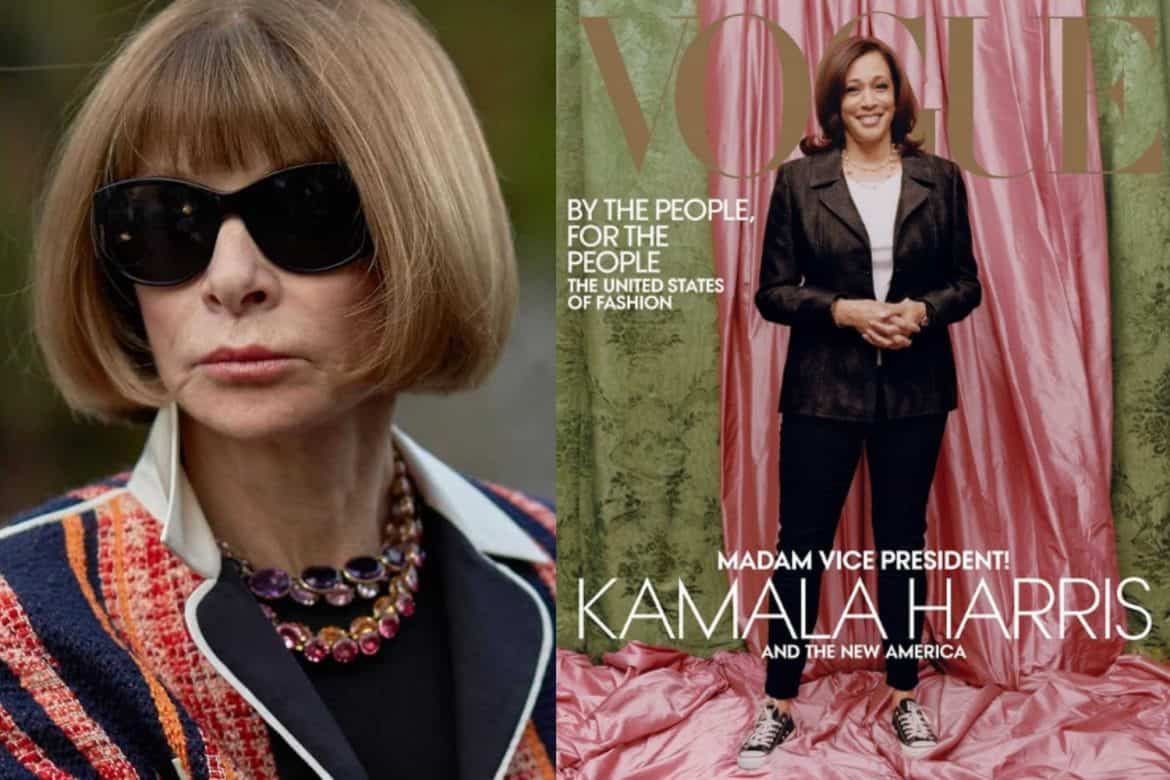 Kamala Harris is said to have felt “belittled” by her divisive Vogue cover in February 2021, according to a new book. In an excerpt from “This Will Not Pass: Trump, Biden, and the Battle for America’s Future” obtained by Politico, the history-making vice president was not happy that the image of her self-styled in a black suit and Converse was the chosen cover for the fashion bible.

Politico reports that the authors of the upcoming book, New York Times journalists Jonathan Martin and Alexander Burns, described it as “an approachable but less than grand depiction of the incoming vice president.” The authors state that Harris wasn’t pleased when she found out said photo, which was called “informal” and “too casual” by numerous social media users, would appear after it leaked online two weeks prior to the inauguration. “Harris was wounded,” the authors wrote. “She felt belittled by the magazine, asking aides: Would Vogue depict another world leader this way?”

The book claims that Harris’ then-incoming press secretary, Symone Sanders, spoke with editor in chief and the media brand’s global editorial director Anna Wintour to raise concern about the vice president’s disapproval of the photo. However, the book maintains that the longtime editor stood by her choice because Harris looked “relatable.” The photo had been taken by Tyler Mitchell, notably the first Black photographer to lens a cover shoot when he was tapped by Beyoncé for her appearance. The green and pink backdrop of draped silk was a nod to the colors of her Alpha Kappa Alpha sorority days, and while some criticized the image, others lauded it for showcasing Harris’ personal style and her omnipresent Converse sneakers which had become familiar on the campaign trail.

The authors added that Harris and her team’s frustration with the Vogue cover caused tension with President Biden’s team. The book claims that in the wake of the January 6 invasion of the the Capitol Building, an advisor to the incoming president dismissed the worry and said it was “not the time to be going to war with Vogue over a comparatively trivial aesthetic issue.”

Amidst the criticism of the cover, Vogue also revealed a limited-edition digital special “inauguration issue” which showed Harris in a powder blue suit by Michael Kors Collection against a gold backdrop—rumored to be the print cover Harris wanted to begin with.

On January 12, 2021, Wintour opened up to Kara Swisher for an episode of the Sway podcast—recorded before the cover leaked. In the clips, Wintour said that she couldn’t “imagine…anyone is going to find this cover anything but [joyful, optimistic], and positive.” At the time, Wintour also told Swisher that the cover was the result of a months-long conversation between Harris’ team and the Vogue features department. The 72-year-old said, to her, the image represented a woman who is “in control of her life who’s going to bring us where the President-elect, the leadership, that we so need.” She added, “And to me, it’s just a very important, but positive, statement about women, and women in power.”

Among those who expressed a dislike for the cover in January 2021 were the Washington Post’s Robin Givhan who wrote in a widely circulated op-ed: “The cover did not give Kamala D. Harris due respect. It was overly familiar. It was a cover image that, in effect, called Harris by her first name without invitation.”