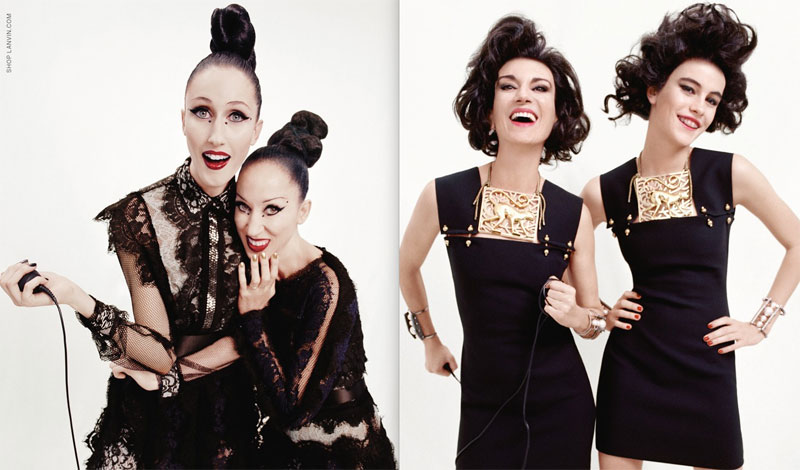 Spring campaign season has brought us many curveballs…Joan Didion for Céline, need we say more? Lanvin has called upon photog Tim Walker to shoot seasoned models Violetta Sanchez, Pat Cleveland, and Kirsten Owen. The women were joined by their daughters Luz Godin, Anna Cleveland, and Billie Rosen Owen, respectively, for the campaign inspired by Lanvin’s legendary mother-daughter logo. The pairs sport matching frocks and coifs for the shots.

“Every time we do a family shoot, it feels like we’re going to their place: We feel like visitors,” Lanvin creative director Alber Elbaz told WWD. The campaign will be accompanied by a video featuring the mother-daughter duos, slated to be released next month.