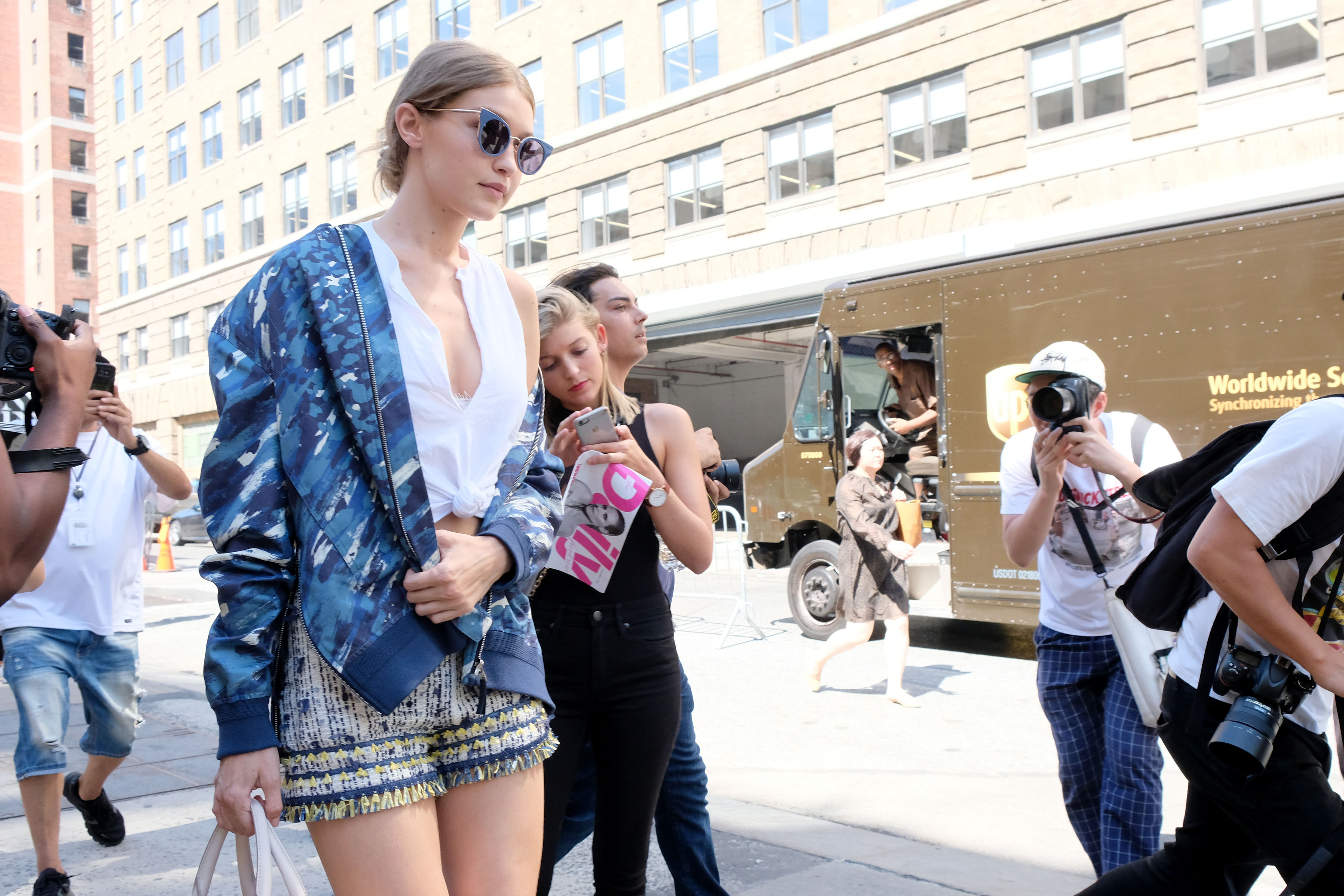 You’ve probably heard by now that Gigi Hadid was grabbed by a stranger while walking through a crowd of fans outside Max Mara’s Milan fashion show with sis Bella [Hadid] today. The video on The Daily Mail shows Gigi defending herself until the man, who was identified as notorious prankster Vitalii Sediuk, let her go. While it’s no surprise how much media hype this is getting, what’s a bit of a shocker is how some outlets have handled it…but then again we’re talking about the UK tabloid The Sun, which wrote in its original headline: “NOT MODEL BEHAVIOR: Gigi Hadid aggressively lashes out and ELBOWS fan in the FACE after he tries to pick her up.” Hadid, her fans, and her supporters took to Twitter to call out the writer, with the 21-year-old writing: 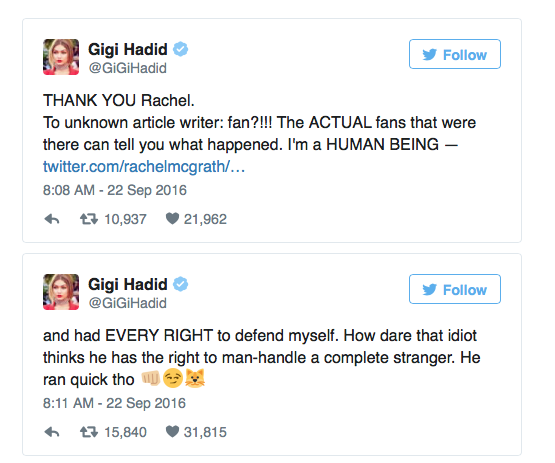 Later The Sun updated the article title to: “Fashion Victim Gigi Hadid elbows serial prankster in the face after he tries to pick her up in Milan.” Seems like Hadid gets the final word with a tweet that thanked her boxing coach and some sage advice for her fans. #teamhadid 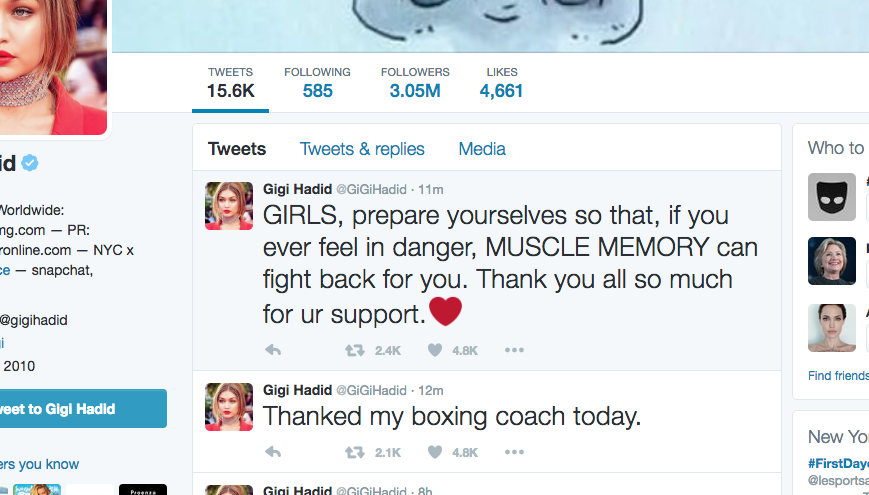