The Daily Wonders…What Were You Like In High School? 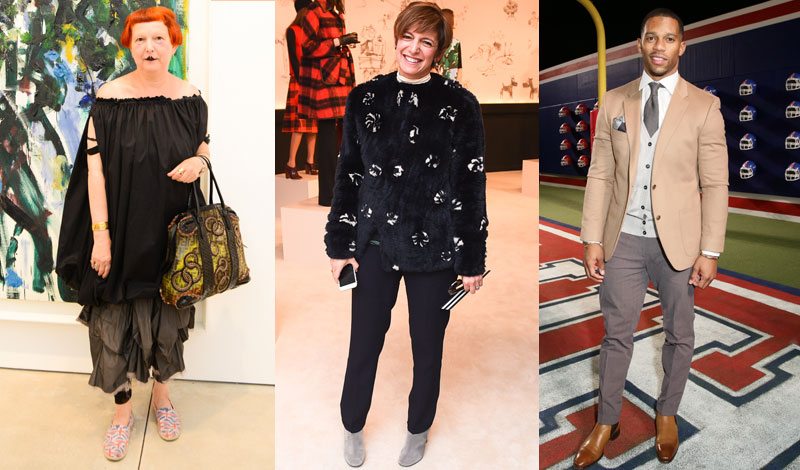 What were YOU like in high school? We asked, you answered (and you didn’t hold back!)…

Lubov Azria: I was the artsy nerd person in the drama department.

Cindi Leive: I was the rebellious flower child.

Leigh Lezark: I was a theater geek making props. I’d dye my hair every color. I played bass guitar, but then I played lacrosse.

Andrew Bevan: I was 16 going on 14, so people looked after me, because I was pretty naive.

Cameron Silver: I was surprisingly well liked. I was Switzerland.

Victor Cruz: I was very fashionable and athletic. I was a good kid.

Michael Maccari, creative director, Perry Ellis: I was in the drama club, class vice president, an artist, and a musician.

Jenna Lyons: I was six feet tall by the time I was 12. Growing up in California when everyone else was blonde-haired and blue-eyed, I was a bit of an outsider.

Ryan Roche: I had popular friends, but I was hiding in the corner.

Athena Calderone: I was really shy, like, debilitatingly shy, but I was on a dance team, and that was my life. I worked at a jeans store, so I owned every combination of acid-washed jeans. I’m aging myself!

Nicholas Kunz: I was totally Goth!

Olivia Kim: Pretty much just like this. I was the same size, but I was definitely doing the grunge Courtney Love and Kurt Cobain casual thing.

Lynn Yaeger: I was very unpopular. Hello, look at me! I was a total misfit, and it was the worst time of my life. But now it’s really great.

Bethann Hardison: I was the first black cheerleader, because we were the first grade to break into an all-white school.

Kesha: I was such a nerd! I was in the marching band and had tragic hair. I was a mess!

Obliphica Professional’s Dalal Moussa On Getting The Best Hair Ever