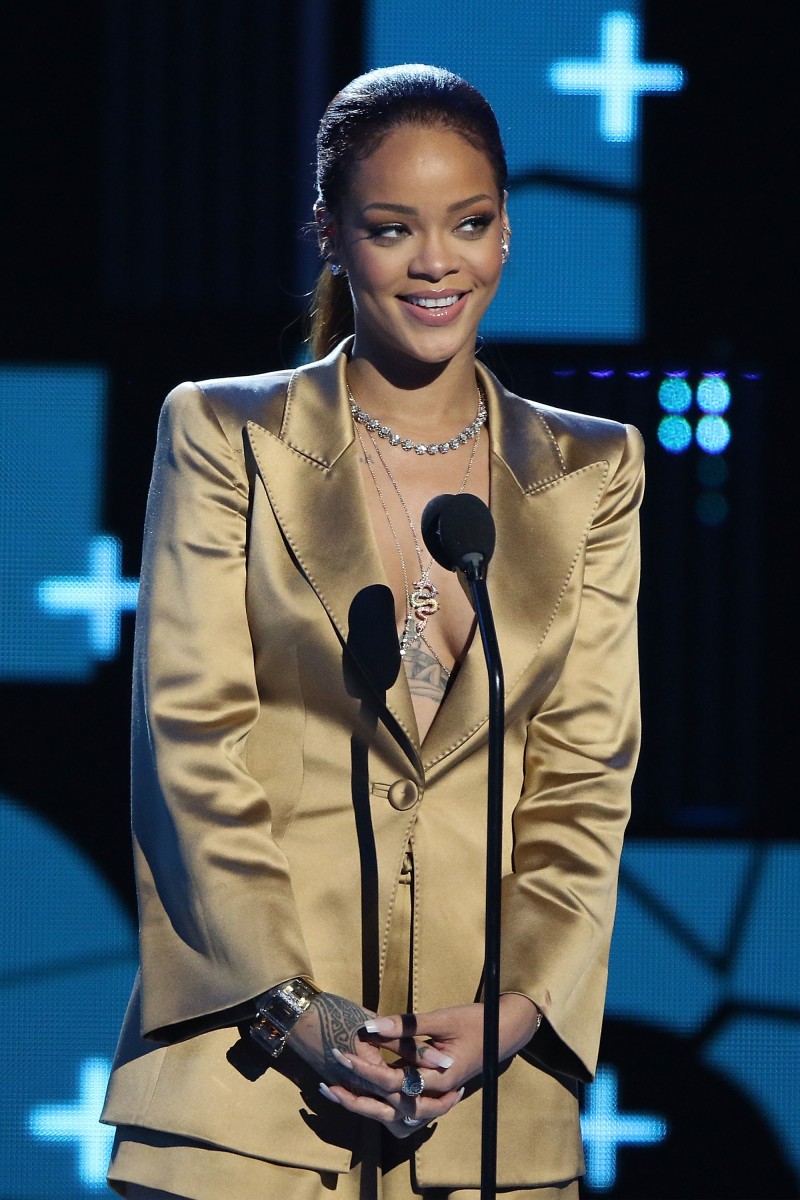 Rihanna Is Joining “The Voice” [Harper’s Bazaar]
Bad Girl RiRi will be “bossing around” the coaches for the show’s ninth season.

D&G Designer Has Done Some “Soul Searching” [Vogue]
Domenico Dolce apologizes for the comments he made about IVF children earlier this year: “I don’t know everything about IVF, but I love it when people are happy.”

Lady Gaga Stylist’s Collection Is Almost Here [Hollywood Reporter]
Brandon Maxwell just launched the logo for his new line, which will debut at NYFW in September.

A Male Model Who Chose to Be Homeless [BBC]
A new documentary follows Mark Reay’s glamorous life by day, and homeless (by choice) life by night.

Why Are Brands Choosing Influencers Over A-Listers? [Yahoo]
From blogger Aimee Song for Banana Republic, to The Blonde Salad’s Chiara Ferragni for Guess, and now Tavi for Clinique’s latest campaign … the list goes on and on and on