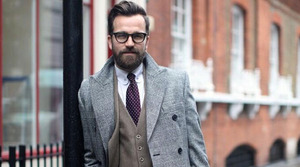 Rachel LeWinter, formerly shopping and style editor at Time Out New York, has been named senior market editor at Us Weekly.

Cassie Steer, formerly beauty and style editor at Marie Claire UK, has been named beauty director at InStyle UK.
Brendan Ripp, formerly VP of sales and marketing at Fortune, has been named publisher at Sports Illustrated.

Marc Berger, formerly president at Haralux, has been named executive VP of global advertising at DuJour.

Miuccia Prada, formerly chairperson at Prada, has been named co-CEO at the company.

Carlo Mazzi, formerly deputy chairman at Prada, has been named chairperson at the company.

Jesse Parker Stowell, formerly director of entertainment and lifestyle at Full Picture, has been named VP of PR at the company.

Jessica Baltera, formerly director of U.S. PR at Coty Prestige, has been named VP of corporate PR and brand identity at Coty.

Parise Sellitti, formerly director of PR, social media, and partnerships at Tumi, has been named director of communications and special projects at Cool Hunting.

PLUS! PR Intel…
BPCM announces its representation of Turnbull and Asser and Bespoken.

Michele Marie PR announces its representation of Made.