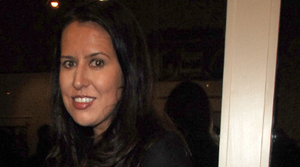 Mike Conklin, formerly music editor at The L Magazine, has been named editor-in-chief of the publication; he will hold the same title at Brooklyn Magazine.

Jonny Diamond, formerly editor-in-chief of The L Magazine and Brooklyn Magazine, has left the publications.

Michelle Adams, formerly founder and editor-in-chief of Lonny, has left the publication.

Irene Edwards, formerly executive editor at Lonny, has been named editor-in-chief at the publication.

Annie Atkinson, formerly stylist at Michael Kors, has left the company to start beauty blog She’s In The Glow.

Molly Biscone, formerly senior PR manager at MaxMara, has been named PR director for North America at the company.

Mikaila Koenig, formerly PR manager at The Adoni Group, has left the company.

BPCM L.A. announces its representation of VMT for U.S. PR and celebrity services and The Shops at Crystals for U.S. PR.

Diane von Furstenberg Is On The Mend After Ski Accident