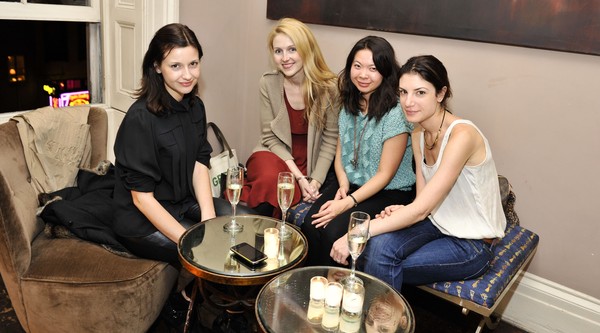 Alex Erikson, formerly senior editor at Next, has been named editor-in-chief at the publication.

Patrick Condo, formerly group creative director at TBWA/Chiat/Day in LA, overseeing The Grammys account, has been named vice president of brand and creative at Esquire Network.

Kara Lederman, formerly sales executive of international and domestic sales at Eddie Borgo, has been named editor at Fisher Island.

Jack Laschever, formerly chief marketing officer at Forbes Media, has been named president of Forbes conferences at the company.

Tom Davis, formerly VP of sales and marketing at Forbes Media, has been named chief marketing officer at the company.

Victoria Zabel, formerly executive assistant to the SVP of domestic publicity at Warner Brothers, has been named junior publicist at MML PR.

DKC PR announces its representation of The Accessories Council.

Nordstrom Gets Hitched In Style