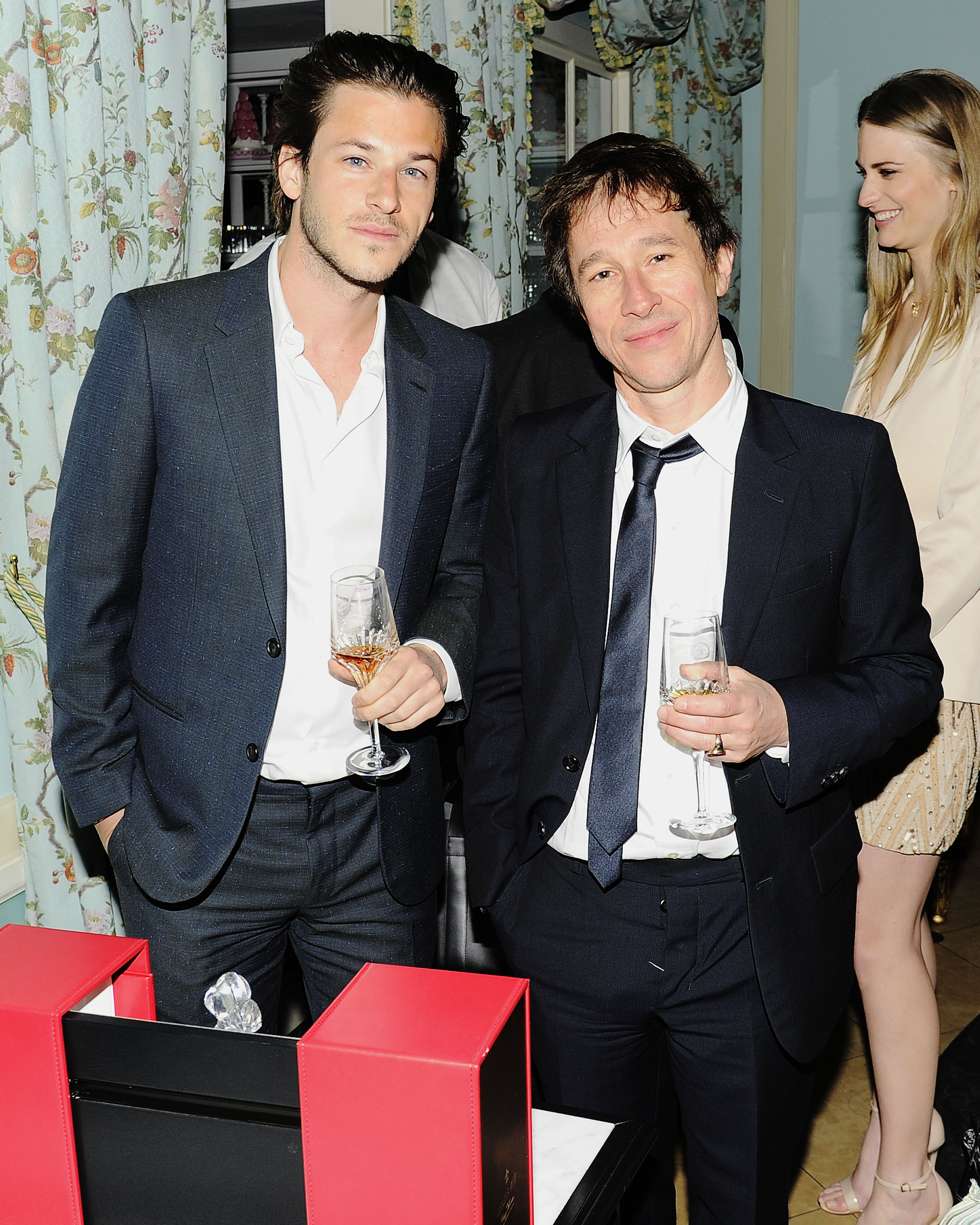 Last night, The Cinema Society, W, and Louis XII Cognac hosted a screening of Saint Laurent, the second film about the life of designer Yves Saint Laurent. The first movie, titled Yves Saint Laurent (directed by Jalil Lespert and starring Pierre Niney as YSL) is a more straight-forward bio-pic than “Saint Laurent,” which documents the designer’s life from 1967 to 1976 when he was at the top of his game. The handsome star Gaspard Ulliel and director Bertrand Bonello showed up late (how French!) to introduce the film briefly. “This is a great room for the screening,” Bonello told the audience at the cozy Tribeca Grand Hotel screening room. “Enjoy the movie.”

Yves Saint Laurent was pretty drugged up during the years Saint Laurent focuses on and scenes are shot through a slow-mo, dreamy lens in pulsating nightclubs, decadent after-hours lairs (sex chair, anyone?) and the tidy YSL atelier. There’s cocaine, piles and piles of pills, and more cigarettes than the Gitane headquarters.

Here is what I learned from Saint Laurent:
1. When not in his studio sketching, YSL was mostly shirtless. Ulliel has a wiry, muscled frame, so that helps. He’s also bottomless in a scene and fills the frame nicely, so to speak.
2. YSL’s lover, Jacques de Bascher, played by Louis Garrel, smolders like a cologne ad model, even when nodding out on heroin or crying.
3. YSL had a seamstress fired after kindly giving her money for an abortion. This is the designer’s most unlikeable moment in the movie.
4. YSL blonde muse Betty Catroux (played by stunner Aymeline Valade) dances as if she is having sex. It works.
5. YSL muse #2 Loulou de la Falaise (Léa Seydoux) likes turbans and snorting white powder.
6. YSL likes clunky nerd specs and snorting white powder.

Pierre Bergé, the designer’s partner in business and life, gave his approval to the first film Yves Saint Laurent, which was based off Laurence Benaïme‘s biography and Bergé’s book, Letters to Yves. In 2013, Mr. Bergé threatened to sue Bonello over Saint Laurent. And Bergé’s relationship with YSL plays second fiddle in the film. Portrayed by Jérémie Renier, Bergé appears almost as a middling manager, not the lifelong love of YSL’s life. It is Ulliel who dominates the film, physically and emotionally embodying YSL’s manic perfectionism, overwhelming talent, insecurity and his tragic fall into addiction. Oh, and did I mention that he shows the full Monty, too?