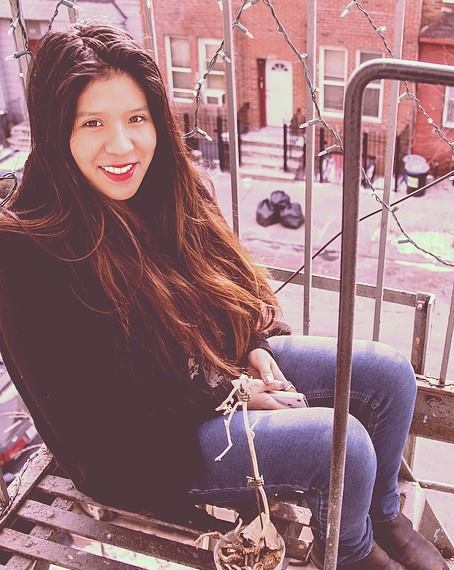 In our latest installment of The Assistant Files, we chatted up Patricia Field‘s right-hand gal, Rosey Vaughan, who’s got the kind of colorful tales from the trenches that you’d probably expect from working avec Field. Plus, Vaughan has got a pretty great story about getting into the biz in the first place (it involves a church encounter). Read on for the full scoop…

Tell us about your background.
I lived in Peru for the first couple years of my life, and then I moved to California, where I was raised mostly in Silicon Valley, in the city south of San Francisco.

How did you get into fashion?
I was in New York the spring before I graduated high school, interviewing for internships. It was my first time in New York, and nothing was working out. I went to church one of those days and sat next to this woman who looked at me and said “You don’t look like you’re from here.” It turned out that we were both originally from California and she was Sara Gagliardi, the costume coordinator for Ugly Betty. She told me to send her my resume and she would hire me if the show got picked up for another season.

And did it?
A month or two later, right before graduation, I got an email and a call from Sara asking if I would move to New York and intern for the show. The day after I graduated high school, I packed up my life and moved to New York. I pretty much never looked back. I interned for Ugly Betty, which is where I met Pat very briefly, because she was the costume designer there. A while later I was also offered a chance to intern for Ingrid [L.C. Nilsen], who was Pat’s assistant at the time but is now the PR director here. I would go to Pat’s apartment one or two days a week, and intern at ABC the other days.

After those internships, what were your next steps?
I went home after the internship and studied fashion design at the Academy of Art. I decided after two years that I wanted to come back to New York because I felt like I had interrupted what I had already started here. I got back in touch with Ingrid and started helping out Pat and her assistant whenever they needed help. Then Pat got picked up to do the pilot for Americana and she asked me to be her production assistant. Once the show was over, Pat’s assistant left and they asked me to do it temporarily. Of course I said yes.

What are your duties as Pat’s assistant?
The first thing I do when I come to the office in the morning is clean her desk; I dump the ashtrays and I organize everything. I also take care of her dog and help her with anything from medical taxes to personal finances. I coordinate all travel, and any type of project she has going on. I manage her personal calendar, her business calendar, and I sometimes step in if she needs help with the store. I deal with pretty much everything.

What is Pat like as a boss?
Wonderful, absolutely wonderful. I learn a lot, she’s very patient with me if I don’t know how to do something. She’s kind, very fair, and I really enjoy every moment working with her. She’s also always 110 percent honest with everyone about everything.

How often are you guys in contact?
All the time. I text her the second I wake up to see if there’s any changes and I remind her of things, via text, in person, and on the phone. I also run her email.

Are you a big Sex and The City fan?
I watched a couple episodes, and I definitely watched Devil Wears Prada while working with Pat, but I’m also only 23, so I feel like I was little when Sex and The City was on. I’ve seen all the movies, but I’m not a huge crazy fan or anything.

Does Pat tell you crazy stories from over the years?
Yes, there are so many. One of my favorites is when she talked about when Jean-Michel Basquiat came to her about selling a bunch of T-shirts that he painted in the store. His resume was actually up for auction recently, and one of the people he put on there was Pat. That really embodies what Pat’s all about: bringing undiscovered designers and artists to the forefront.

Have you had a favorite day on the job?
One of my favorite days was when Pat had her birthday party at Toy Gansevoort, which is closed now, but it was such a happy party. We arranged it so all of her friends were there, all the people from the store, and we had fans there too, although they were kind of separate from our tables. But it was such a nice intimate event and we all just sat around eating sushi from these fabulous trays.

Where do you see yourself in five years?
That’s a really good question. There are so many things I want to do and this job has really opened my eyes up to so many aspects of the fashion industry from buying to PR, social media to operations, to being a manager, to finance, business, styling, creative, branding, and partnerships with other people!

Nicole Miller and the $10 Million Mistake...

Patricia Field on Her Fashion Collection and...

Patricia Field Muses on What’s Next

The Daily Issue Two Has Arrived!

The Devil Wears Prada Returns in 2016