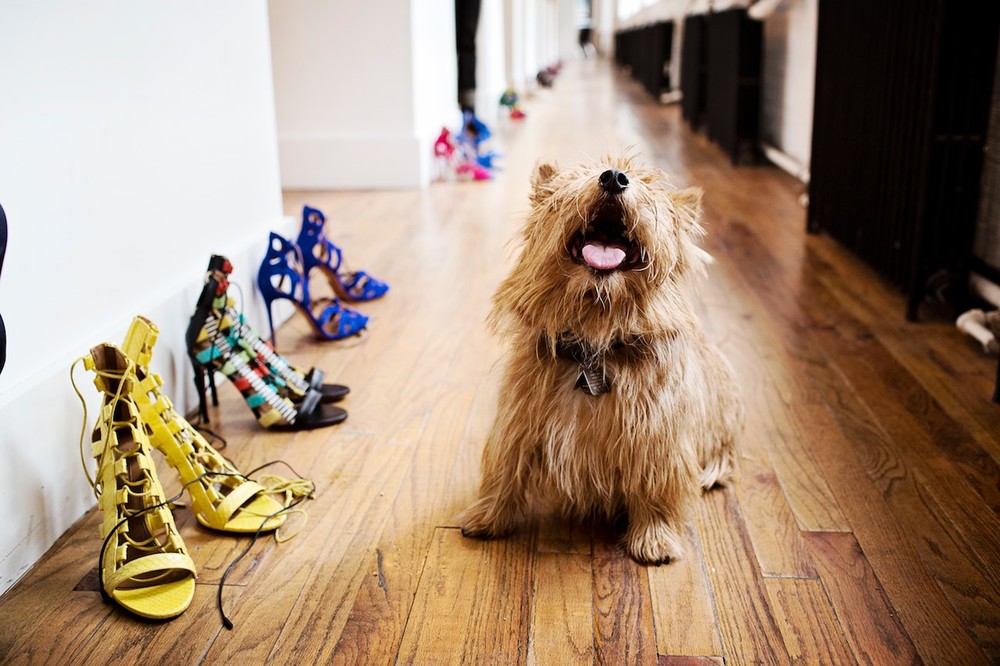 Canines with strong social media followings are dime a dozen these days, but the real pets worth talking about are those with true fashion clout. Take, for example, Marc Jacobs‘ pooch, Neville Jacobs, who’s posed for shots with Kendall Jenner. Or there’s Karl Lagerfeld‘s money-making feline, Choupette. Fashion photo editor Suzanne Donaldson, who’s held gigs at the likes of Glamour, SELF, and Interview, is now seeking out those chic pets with a dedicated section on her photo blog, called Mrs Sizzle.

She recently chronicled the dogs chez PR Consulting, Jackson and Wolfie, the companions of PRC founders Pierre Rougier and Sylvie Picquet-Damesme, respectively. When these pups aren’t frolicking among Aquazurra heels or racks of clothing from Loewe and Carven, they’re rolling around while the seating charts for, say, Dior or Dries are being pieced together. These are quite the power pups, non? Head on over to Mrs Sizzle to read the dogs’ interviews with Donaldson, and for some more adorable snaps.