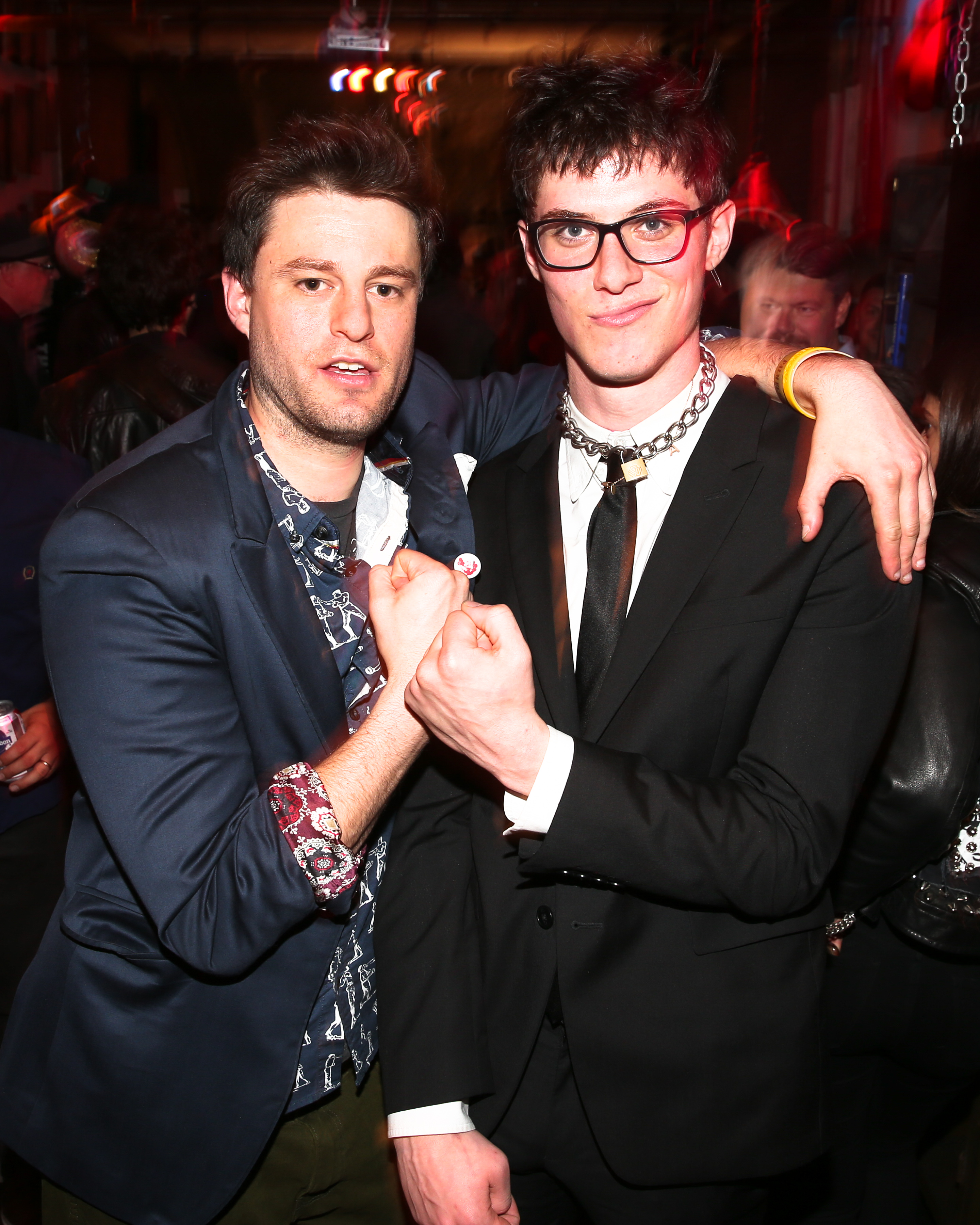 Overthrow is located in a three story building at 9 Bleecker Street that is exploding with history: it was the Yipee movement’s headquarters (the more radical hippies), as well as the home base for the counter-culture newspaper Overthrow, from which the boxing gym took its name. Classes are only $34 and you get former Olympians, pro boxers, and male models as your instructors. Bella Thorne, Victor Glemaud and Hailey Clauson are all regulars. Imagine if Supreme and SoulCycle had a baby and you get the vibe of Overthrow.

I grabbed Overthrow’s 30-year-old mastermind, Joey Goodwin, to discuss why the beautiful people are all obsessed with boxing.

How did you find the building at 9 Bleecker Street?
I was riding my bike to the famed West 4th Street basketball courts and just happened to see the “for lease” sign. I called the number and saw the space. It reeked of cat urine, sex, drugs, radical history, and New York. I knew this was the place.

Did you know the building was basically a time capsule of the Yippie movement?
I have walked or rode down Bleecker a million times going to play ball at West 4th, but I never knew[about it]. #9 Bleecker is a special place. The more I read and researched, the more I loved what it was and what it stood for. #9 Bleecker is in the same vein as CBGB, Max’s Kansas City, and Studio 54. But unlike these places, it was more underground. It originally was known as Pablos Dispenseria of Joy, where the lights were made for the famous Filmore East light show. A drug dealer named “Kenny the Cokehead” took up residency there. In 1968, Abbie Hoffman and Jerry Rubin founded the Yippies and #9 Bleecker became the headquarters. The torch was passed to Dana Beal, and #9 served as crossroads for activism, creativity, Ideas, music, and culture. “Yippie Pie Man” Aron Kay would hang out there regaling about how he’d pied Andy Warhol, Steve Rubell, and Gordon Liddy, among others. The Yippies had Studio 10 across the street as well, which served as a warm up spot for Hilly Krystal’s CBGB. In the ’80s, a bomb exploded outside the door at 9 Bleecker. Bobby Seale, Hunter Thompson, Larry David, Johnny Thunders, Allen Ginsberg have all been here. Alice Torbush lived upstairs and published the Yipster Times, which changed to Overthrow, and then Tom Forcade turned it into High Times magazine.

How long have you been into boxing?
I got into boxing about six years ago from one of my closest friends, a NYC playground basketball legend Sidney “Magic” Smith. He is obsessed; he would come by and spend hours watching fights at my place. I wouldn’t even pay attention. One day he got me to go to the park on the East River and hit mitts with him. It was around this time I had read about an underground boxing party called “Friday Night Throw Down.” It was models boxing to the coolest music in secret locations. I had started going to Mendez Boxing Gym on 26th Street (an old-school boxing gym). I just so happened to meet the champion of Friday Night Throw Down, model/boxer Charlie Himmelstein. Charlie and I became good friends and he started modeling for the second reincartion of our old line Unruly Heir. I actually ended up fighting in two Friday Night Throwdowns, one in a firehouse on Canal Street and the other in Brooklyn. There was an incredible energy from the music and the crowd, and the great ring announcing of the FNT, party thrower Bekim Trenova. I was hooked, but I wanted to do the sport the right way and kept going to Mendez. That’s where I met my trainer Carlos Castillo, an older man whose son won the Gloves twice in the 80s. Carlito made me love the sport. He taught me technique and mental discipline; he’s why there is a bench in Overthrow inscribed “Carlito’s Way.” Mendez became my new West 4th. I spent a lot of time there.

Why did you decide to open your own boxing gym?
I would study the customers, who seemed to be a mixture of models, finance guys, famous actors, fashion designers, marketing executives, professional boxers, and amateur boxers. I knew that if you could use boxing foundation and take the vibe of the underground boxing parties I saw and mix it with today’s group workout models, you could create the coolest thing in lifestyle, fashion, and culture. You could have a real business. I essentially want to create the Studio 54 of boxing.

The old newspapers and photos on the walls are amazing. What a time capsule.
We found most stuff in the building. Alice Torbush who lived on the third floor since the 70s brought me a lot of underground news papers. I hope to get a lot more stuff from David Peel, Dana Beal, and Aron Kay. It is just about keeping the spirit of the building alive. The Yippies were truly fighting for great causes and they had their own special New York energy; hopefully a little will rub off on us. 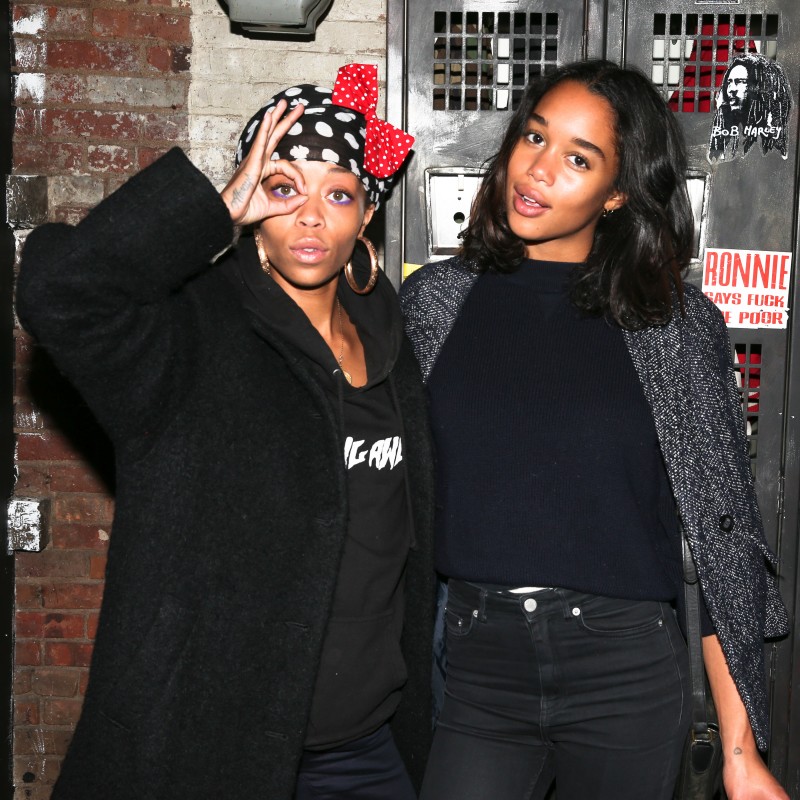 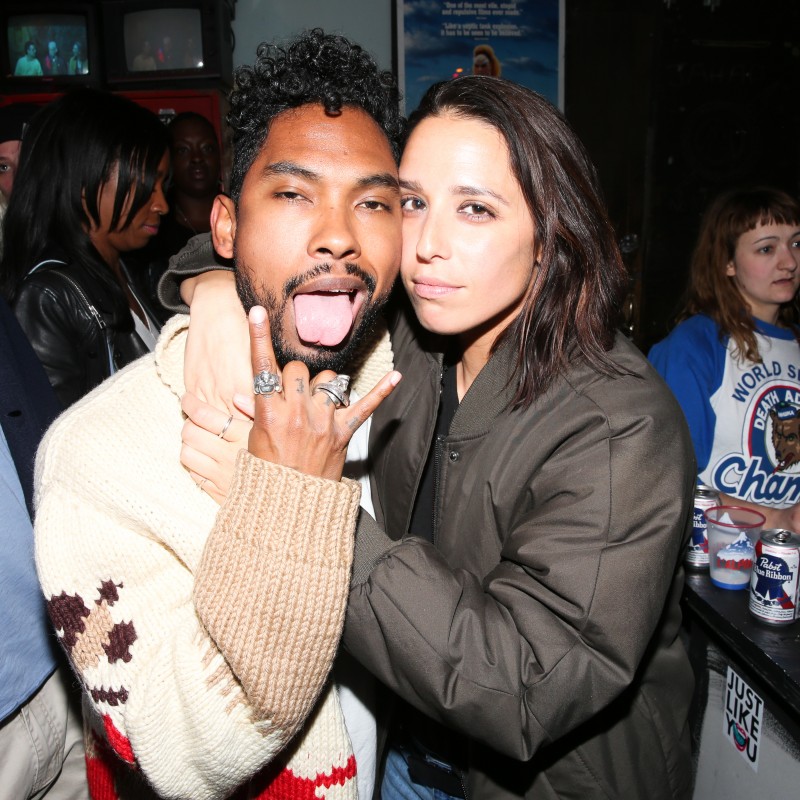 Donatella Versace Dishes To Alina Cho About The Met Ball, Madonna, And More

A Crew of Jet Set New Yorkers Ship Off to Paraguay

Wow, the whole idea of this place is nauseating.