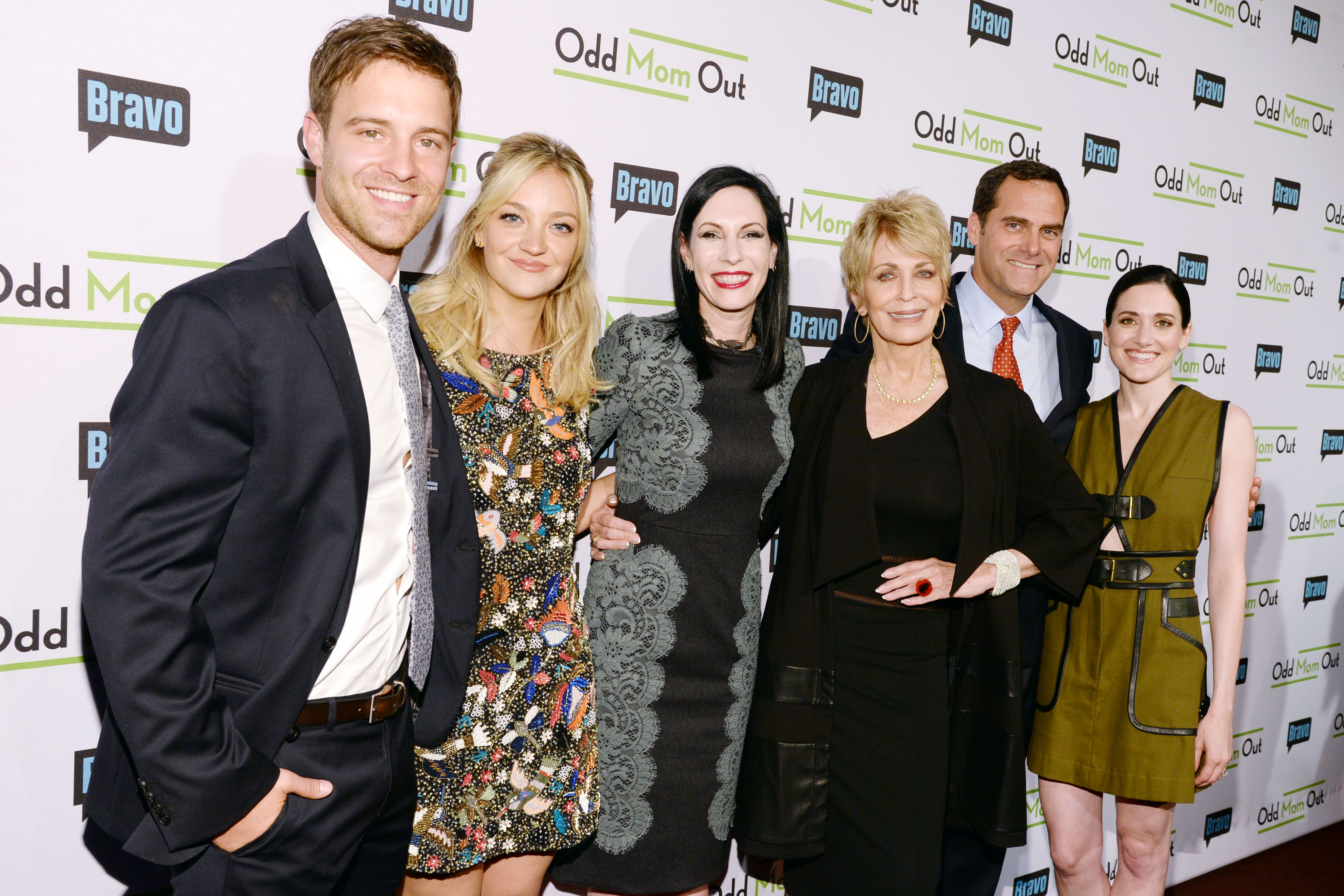 Last night, The Cinema Society and Bravo hosted a screening to celebrate the network’s new scripted comedy series, Odd Mom Out. For Jill Kargman, the show’s creator, writer, and star, she was anything but the odd one out. The New York Times best-selling author and Upper East Side native rocked a form-fitting D&G dress (“pre-scandal,” she told us) and was just as hilarious and well, real, as she comes off in her writing. She was joined on the carpet by her fellow cast-mates for some shutterbug-enticing photo ops, including adorable gents Andy Buckley and Sean Kleier, Abby Elliott, Joanna Cassidy, and KK Glick.

So, about the series! The show pokes fun at those deemed pretentious among cliques of Upper East Side moms, while Kargman’s character still tries to resemble the persona and everyday-mom lifestyle that she lives in real life. ‘We’re similar because technically we’re both married with three kids. And we both don’t wear pants; I only wear dresses and skirts, Kargman said. ‘But we’re different in that my character’s more nervous about parenting and thinks she’s messing things up whereas I don’t worry about what everyone else thinks, I just follow my instincts.’ Plus, the “real” Jill actually branches out of the borough of Manhattan, while her character, well, does not. “I love Brooklyn. Show Jill, on the other hand, tries Brooklyn and is horrified.’

After watching two episodes of the show, which premieres next Monday on Bravo (seriously, mark your calendars), guests were shuttled the long distance of five-blocks to Park Ave’s Casa Lever for the after party. Glitterati who celebrated with the cast include the stunning Julianna Margulies and Keith Lieberthal, Katie Couric and John Molner, Girls’ Peter Scolari, Vanessa Bayer, Nate Berkus and Jeremiah Brent, Amy Astley, Alina Cho, Stacey Bendet, Caroline Rhea, and mod Josh Trusedell.

The group nibbled on an all-carb app spread, which contradicts the whole “Upper East Side women don’t eat bread” idea on the show. It was one of those funny, “only in New York” kind of things. Nonetheless, the food was delish! Think mini bowls of pasta and risotto, sliders, tea sandwiches, mini pot pies…you name it.

According to Buckley, the season is definitely one to look forward to. His favorite episode of the season? The finale! “Jill and I have a very funny moment where we were trying a couple of new sexual things, which was pretty funny.” It’s not Fifty Shades of Grey or anything. It’s way beyond. Just kidding. It’s done with humor.”

Racing Around With Olivia Palermo And Johannes Huebl