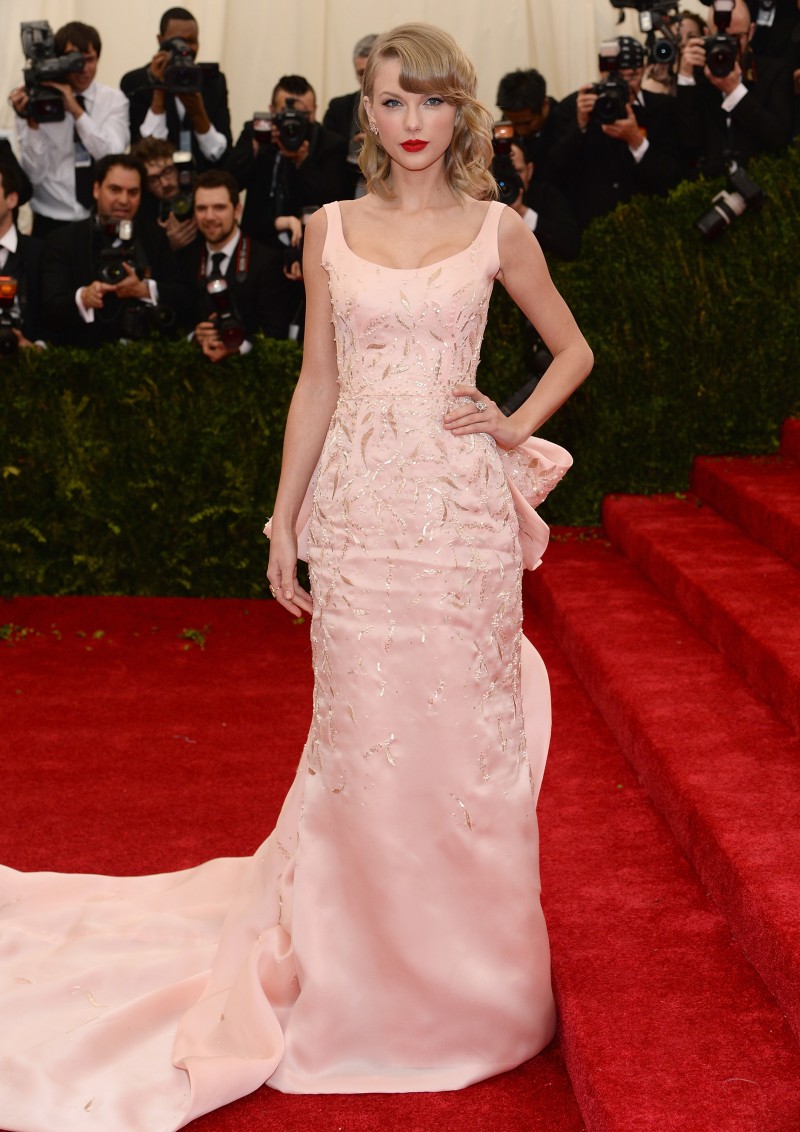 NEW YORK, NY - MAY 05: Musician Taylor Swift attends the "Charles James: Beyond Fashion" Costume Institute Gala at the Metropolitan Museum of Art on May 5, 2014 in New York City. (Photo by Dimitrios Kambouris/Getty Images)

Taylor Swift attends the “Charles James: Beyond Fashion” Costume Institute Gala at the Metropolitan Museum of Art on May 5, 2014

The moment you’ve been waiting for (so patiently!) has arrived: Anna has announced that the theme of the 2016 Met Gala will be “Manus x Machina: Fashion in an Age of Technology.” According to a report from Vogue, the Metropolitan Museum of Art’s 2016 gala and exhibition “will focus on the dichotomy between handmade haute couture and machine-made fashion.”

The trend has been explored on runways far and wide for season after season (remember Chanel? Those shoes!). “Traditionally, the distinction between the haute couture and prêt-à-porter was based on the handmade and the machine-made,” said Andrew Bolton, curator of the Costume Institute. “But recently this distinction has become increasingly blurred as both disciplines have embraced the practices and techniques of the other.”

Spectators can expect to see more than 100 pieces of haute couture and ready-to-wear featuring embroidery, pleating, and lacework alongside designs incorporating new technologies like laser cutting, thermo shaping, and circular knitting. The exhibition will also have live workshops, such as 3-D-printing.

The Met Gala will take place on Monday, May 2, 2016, and will be hosted by co-chairs Idris Elba, Jonathan Ive, Taylor Swift, and Anna Wintour. Honorary chairs include Nicolas Ghesquière, Karl Lagerfeld, and Miuccia Prada. The gala and exhibition sponsor will be (surprise!) none other than Apple.

Christie Brinkley’s Kids Style Each Other for Town & Country

Target Joins Forces with Who What Wear