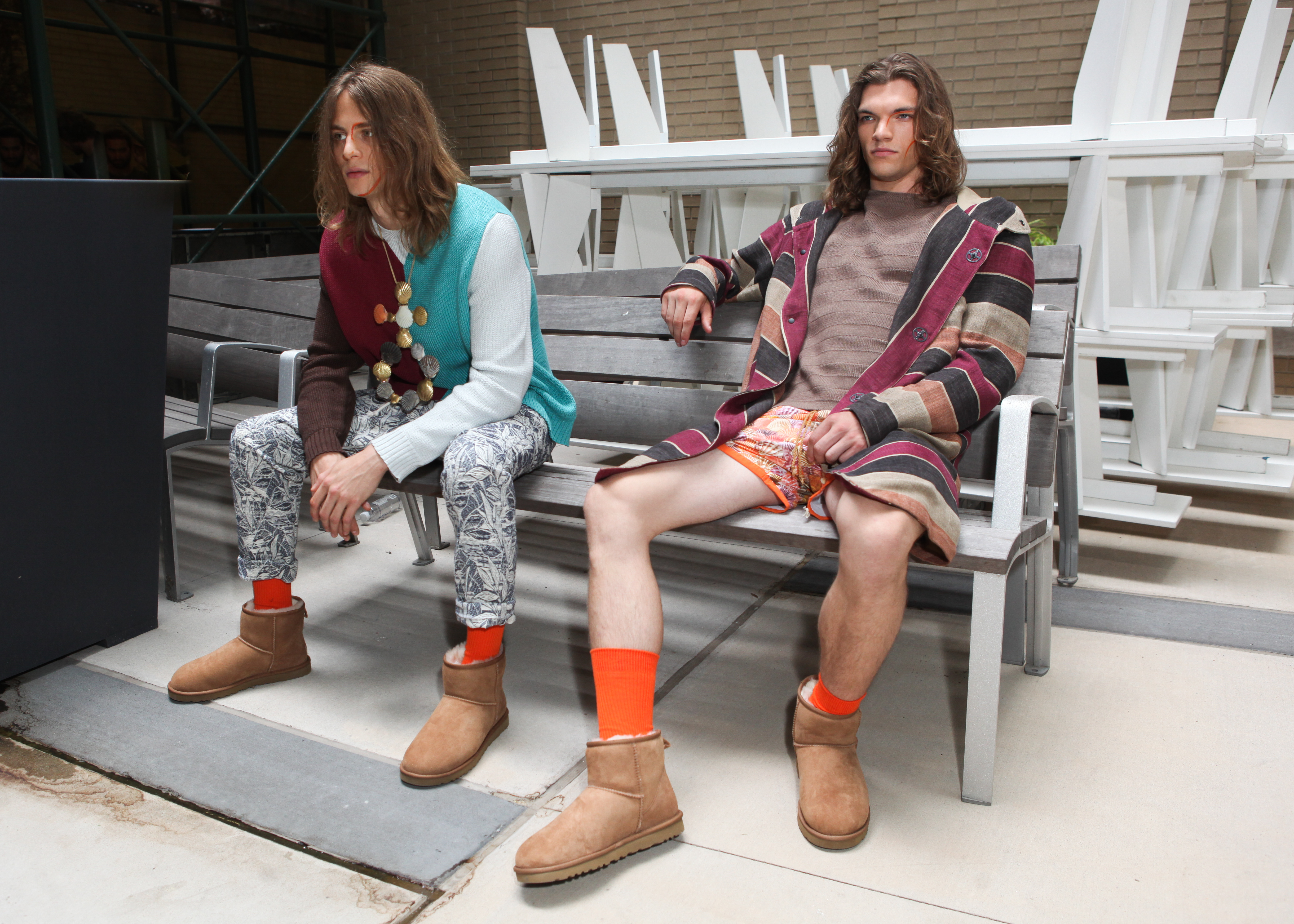 Luxury après surf designer Thaddeus O’Neil presented his Spring/Summer 2017 collection at New York Fashion Week: Men’s. This season, he partnered with UGG as the exclusive footwear brand. We caught up with O’Neil about the collab and his latest designs.

What was the inspiration behind the collection?
The inspiration was an imaginary temple, the Temple of the Burning Sun. It’s sort of a metaphor: The ocean is like a temple for people who like to surf and spend time in the water. That idea crystalized when I went to Japan. But the sea has always been my touchstone. I love texture and color, so I look for any excuse to elaborate on that.

What triggered the collaboration with Ugg?
We just found each other and it was perfect. I’ve been wearing Ugg forever. It’s quintessential surf attire, especially when surfing in New York in the winter—you don’t want to finagle with socks! You get out of the water and whip your Uggs on. They’re also sort of like the Temple of the Burning Sun aesthetic. I couldn’t imagine a better compliment to the collection. I’m a big believer in fortuity.

How often do you get to surf these days?
These days it gets slimmed down with work. I try to get out once or twice a week—just enough to keep me marginally sane.

Right. You’ve shown at NYFWM before.
Yeah, we did New York Fashion Week: Men’s for our first runway show. But this time I wanted to go back to a sort of presentation format, where I could really be more personal and have a conversation because I never get to have conversations. The show’s over and I’m like a manic, you know?