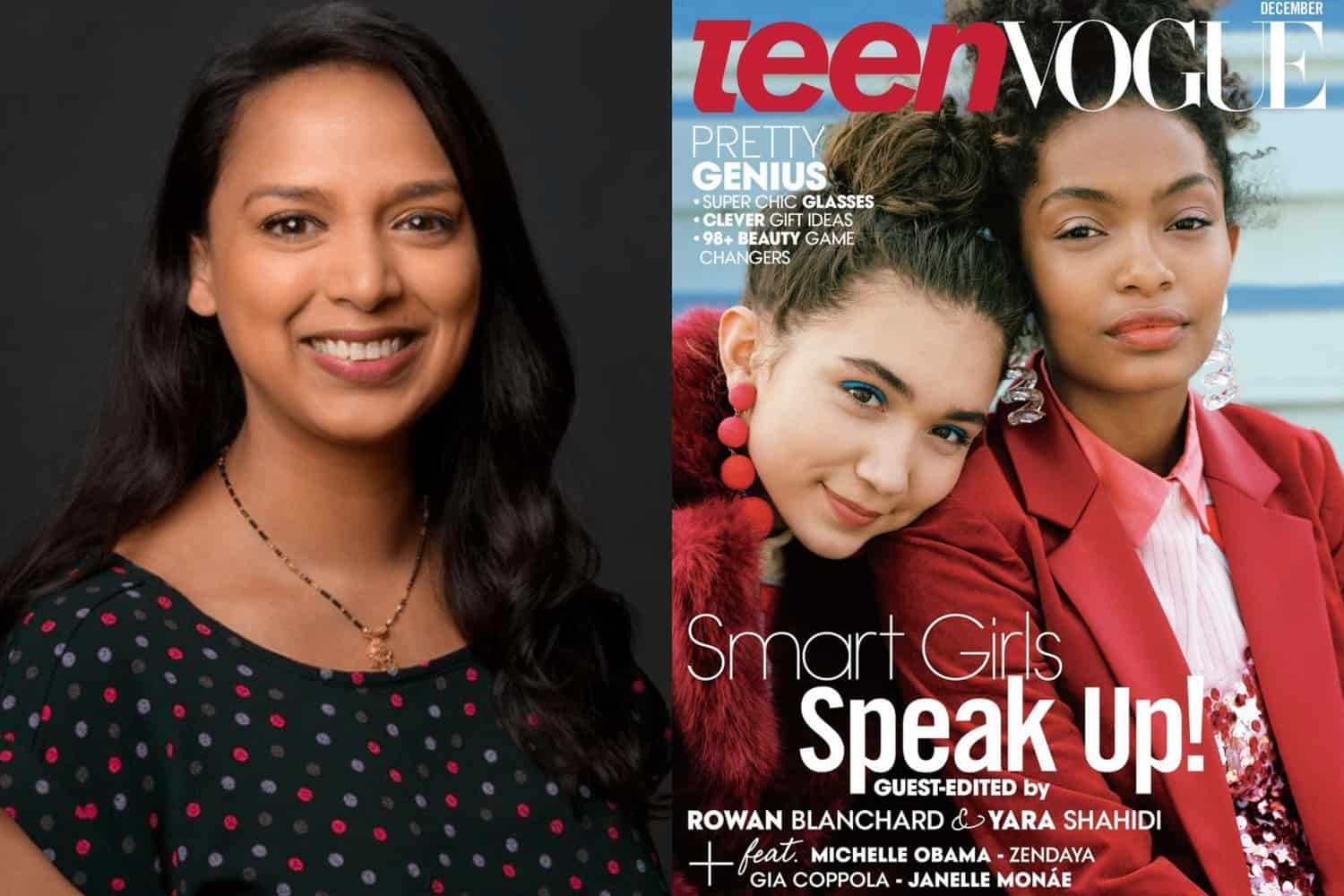 Teen Vogue has officially crowned its next editor-in-chief: Versha Sharma. Sharma comes from a primarily digital journalism background, having been a managing editor and senior editorial producer for NowThis since 2014. The incoming top editor will begin her role on May 24, according to a media alert.

Sharma notably oversaw the site’s daily political and cultural news, as well as leading coverage of the U.S. presidential election over four cycles. Her experience also stints roles as a publisher, writer, and producer at Vocativ, MSNBC.com, and TPM Media, as well as being a field organizer for President Barack Obama and senator Jim Martin. She additionally serves on the Board of Directors for the Online News Association.

“Versha is a natural leader with a global perspective and deep understanding of local trends and issues—from politics and activism to culture and fashion—and their importance to our audience,” said Anna Wintour, global editorial director, Vogue, and chief content officer, Condé Nast, in a statement.

Sharma’s appointment follows formerly appointed EIC Alexi McCammond’s Twitter past scandal, which rocked the media world earlier this year. However, Sharma has emphasized her belief of using Teen Vogue as a “force for good” during her tenure, highlighting the values of “empathy accountability, optimism and impact.”

“I’ve long admired the work that Teen Vogue has done, building and fostering a community of young people who want to change the world,” she said.