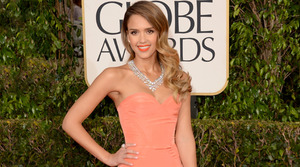 (NEW YORK) Swatch Group finalized its deal today to buy luxury jeweler Harry Winston for $1 billion while also taking on $250 million of pro forma net debt. Harry Winston will be the first major jewelry brand added to the watch-making behemoth. While the group’s name is generally synonymous with the candy-colored plastic watches made popular in the ’80s, industry insiders probably know the brand for its collection of luxury watchmaking brands like Omega, Jacquet Droz, Brequet, and Blancpain, some of whose mechanical watches sell in the six-figure range.

Harry Winston has long been known for their diamonds, and is considered to be one of the first red carpet jewelers. Actress Jennifer Jones first donned their diamonds at the Oscars in 1944. Since then, their baubles have beautified the necks, ears, and wrists of Tinseltown’s leading ladies. Elizabeth Taylor wore the hope diamond necklace originally cut by Harry Winston and gifted to her by Richard Burton, to the 1970 Oscars. More recent Winston moments on the step-and-repeat scene include Jessica Chastain‘s $3 million worth of diamonds at this year’s Golden Globes, and Jessica Alba who wore a $5.8 million dollar necklace on the same red carpet.

However, Harry Winston makes watches as fine as their jewelry. While their timepieces may not be the brand’s flag flyers, watch collectors have been eyeing their haute horology for some time. Their ultra-exclusive Opus collection, which consists of around 100 pieces per year, can run upwards of $250,000 and is said to have collectors so enamored, some have contracts to buy the pieces before they even come out. Business is equally as big for Harry Winston’s new parent company. As of last month, Swatch Group posted a 26 percent increase in annual profits from 2012.
PAIGE REDDINGER

Who Is The Face?

The Academy Awards Are Adding a New...