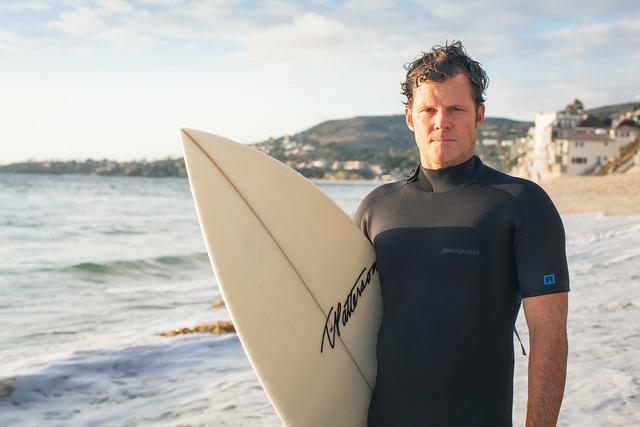 Surfrider Foundation hosted its third annual Two Coasts, One Ocean bicoastal event in Montauk, and everyone from Cynthia Rowley and Julie Gilhart to DJ May Kwok and surfers Quincy Davis and Balaram Stack were there to support. Dr. Chad Nelsen, the foundation’s CEO and seasoned surfer, fills us in.

Chad, give us the low-down on this year’s Surfrider event in Montauk.
We held it at Eddie Ecker State Park, and it was a beautiful evening on the water. There were about 150 people in attendance, and we sold out, which was great. The primary purpose was to raise awareness and support for our clean water initiatives, both locally and nationally.

What was your first introduction to the Hamptons?
My grandmother used to camp out in Montauk, and my mother spent her entire summers in Hither Hills. I came out to Montauk for the first time in 1998.

What are some of your favorite places around town?
My favorite place is the beach. [Laughs] Ditch Plains is great for surfing. Ditch Witch is kind of a classic for coffee and snacks at the beach. Others are Naturally Good, a health food store, Bake Shoppe, and The Surf Lodge for night life.

What’s one of the best beaches you’ve ever surfed?
Some magical, unnamed spots along the mainland Mexico coast in Oaxaca, and Barbados.

What drew you to Surfrider?
I grew up as a lifeguard, surfer, and a fisherman. It’s at the intersection of my interest in protecting the environment and my love for the coast. I’ve been at Surfrider since 1998, and I took over as CEO about two and a half years ago.

Which initiatives are you promoting?
Our slogan is ‘Clean water, healthy beaches.’ We know that’s what everybody wants. Water quality and reducing water pollution is a big deal. Unfortunately Montauk and much of Long Island is suffering from water pollution issues, from runoff from fertilizers in yards and from septic system wastewater. One of the other issues is beach erosion—there have definitely been some coastal issues after Superstorm Sandy.

Going forward, what’s the plan with this event?
This was year three, and we feel like we are just getting started. Every year we try to up it, either finding a better venue, better entertainment, or new and interesting initiatives to fund.

The surfers that compete in the event—Will Skudin, Balaram Stack, Tony Caramanico, Quincy Davis—how do they get involved?
Tony Caramanico is a legend—he’s been surfing out there since the ’70s. Guys like him are really invested in making sure the magic of Montauk gets passed on to future generations. Balaram and Quincy are local athletes, and they’ve been supportive of Surfrider over the years, and they have a lot of influence over the younger surf crowd. Will Skudin and I met for the first time this year. He’s a central Long Island, Long Beach legend. He also runs a surf camp in Rincón, Puerto Rico, where we’ve done a lot of conservation work. His wife helps run stand-up paddle board cleanups in Long Beach, so she’s already engaged with Surfrider. Support from the pro-surfing world makes a big difference. We feel fortunate these guys are taking their time to support us.

What’s your surf style like?
I like to support the brands that support Surfrider, so Vissla, Patagonia for wetsuits, a small southern California brand called Roark, and Electric Sunglasses.

What do you recommend for novice surfers out East?
Get a lesson—that will take you to the right places. It can be crowded so understanding surf etiquette is important. There are rules to the road. If you go get a lesson, all of that stuff will be taught to you.

Where is the summer taking you next?
I am actually in Jackson Hole, Wyoming now, getting my kids, my little surfers, from camp in the Tetons. I’m going to be out here for five days and then back to southern California.

Does Driving a Bentley Make You Better?...