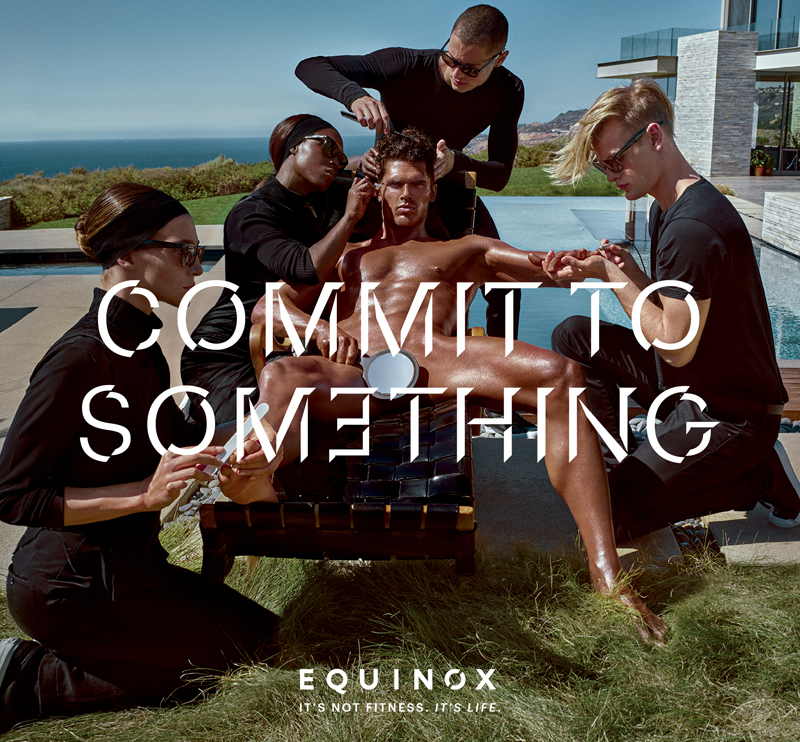 Equinox continues its “Commit to Something” campaign by once again enlisting photog Steven Klein to capture the fitness brand’s mantra. This year, the theme evolved to center around the idea that what someone commits to defines who they are, and it dares viewers “to take stance and look inward, even if doing so makes you a little bit uncomfortable,” said Carlos Becil, EVP and CMO at Equinox, in a press release.

Klein shot a series of seven images that spotlight less-talked-about cultural topics, like finding beauty after a double mastectomy and growing marijuana. “I view my work through the eyes of a photojournalist, as I draw influence from what’s going on outside my door every day,” Klein said in a statement. “This approach lends itself naturally to this year’s Equinox campaign, where we’re using imagery to tell highly personal stories and inspire conversation about important issues.”

His main muse for this project was Samantha Paige, who posed bare chested after a thyroid cancer and a BRCA-1 gene mutation diagnosis, leading to a double mastectomy. Other subjects for the shoot were Jessica Stam, who channeled an aristocratic woman tending a greenhouse of cannabis plants, and Brian Shimansky, who posed as a man who obsessively directs a staff that grooms every part of his body. The campaign rolls out today across social media with the hashtag #committosomething, and will be on display at Equinox locations—consider it an invitation to kick that New Year’s resolution into high gear.