Stella McCartney Resort Rocks Reggae, Perfume, and a Message in a Bottle 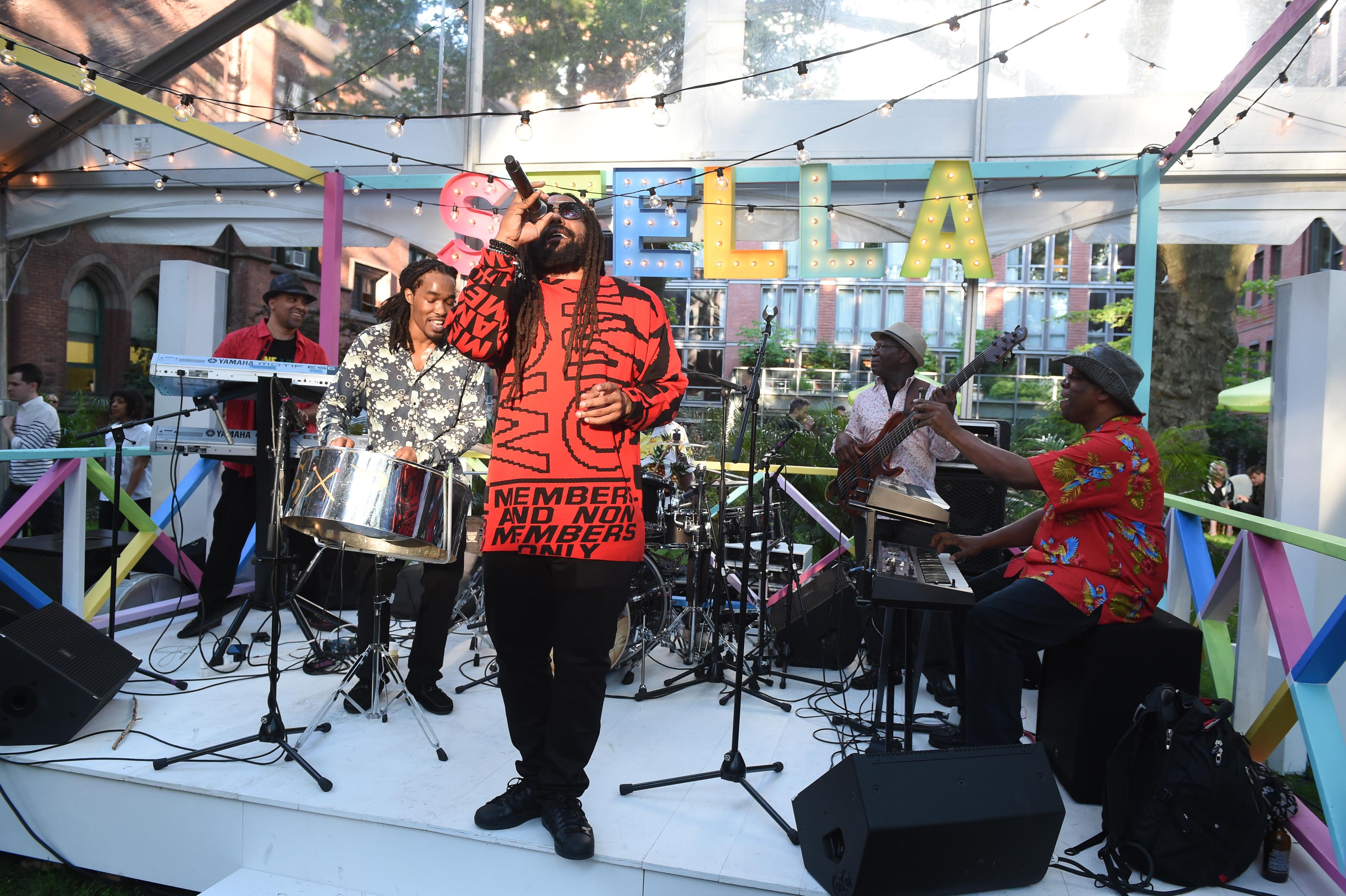 Stella McCartney celebrated resort season with her annual garden party in NYC. This year the designer moved the chic fête from the Elizabeth Street garden in Nolita to the garden grounds behind the High Line Hotel. Ky-Mani Marley (the only child of Bob Marley and Jamaican table tennis champion Anita Belnavis) kept guests grooving to reggae throughout the night, reminding New Yorkers that summer was indeed (hopefully? finally?) around the corner. “I grew up on reggae,” said McCartney told The Daily. “No one plays enough reggae anymore.” So how did she and Marley connect? “Oh, you know, just through life. Just through a little journey…” said McCartney with a chuckle and a wink.

The crowd had access to booths that included free bottles of McCartney’s latest fragrance, Pop Bluebell, and plastic bottles that contained messages with facts about the environment. Ours read, “Plastic normally takes thousands of years to decompose. But 16-year-old Daniel Burd made it happen in just three months by isolating a microbe that lunches on plastic bags.” Always eco-minded, McCartney recently partnered with Parley for the Oceans, a group that has made a yarn out of ocean trash to create a new fiber.

Other environmentally concerned guests milled around the party, like ’80s icon Debbie Harry, who told us her new passion was protecting the dwindling bee population. “I really admire all that Stella does,” said Harry. “Right now I’m working on protecting and saving the bees. I’m doing it with a bunch of different organizations, but I’m also setting up my own website and endowment.” Harry added that she even had her own beehive, but wouldn’t disclose where she kept it. Harry’s new album is titled “Pollinator,” which is what developed her interest in learning more about the plight of the bee population. “I knew the bees were in jeopardy beforehand, but I felt like now was really a time to help out. It felt like an opportunity that shouldn’t be missed.” The website isn’t up and running yet, but stay tuned for updates at Blondie.net.

Guests like Lily Collins (who’s premiering her new film Okja with Tilda Swinton and Paul Dano along with The Cinema Society’s Andrew Saffir in NYC tonight), Lorne Michaels, Chris Rock, Alec and Hilaria Baldwin, Helena Christensen, Ashley Benson, Natalia Vodianova, and more mingled with McCartney while taking in her new collection. Models, who in between photos took time to dance and even go bowling with pineapples, were decked out in pieces like a delicious pale pink ribbed cashmere skirt and sweater and the perfect garden party dress in a Hawaiian print (McCartney took special time to point out the draping to Anna Wintour) and elegant evening dresses in hues that popped. “It’s really about looking at a woman’s wardrobe in a different way and giving her versatility and garments that are clever and have a point of view,” said McCartney. “There’s a lot of pattern cutting, drapery, and hand work, and a lot of shifting and slicing into pieces and introducing bold colors, which therefore kind of creates sportiness. There are beautiful, bold shapes and colors and jacquards and embroideries.”

Plenty to buzz about! 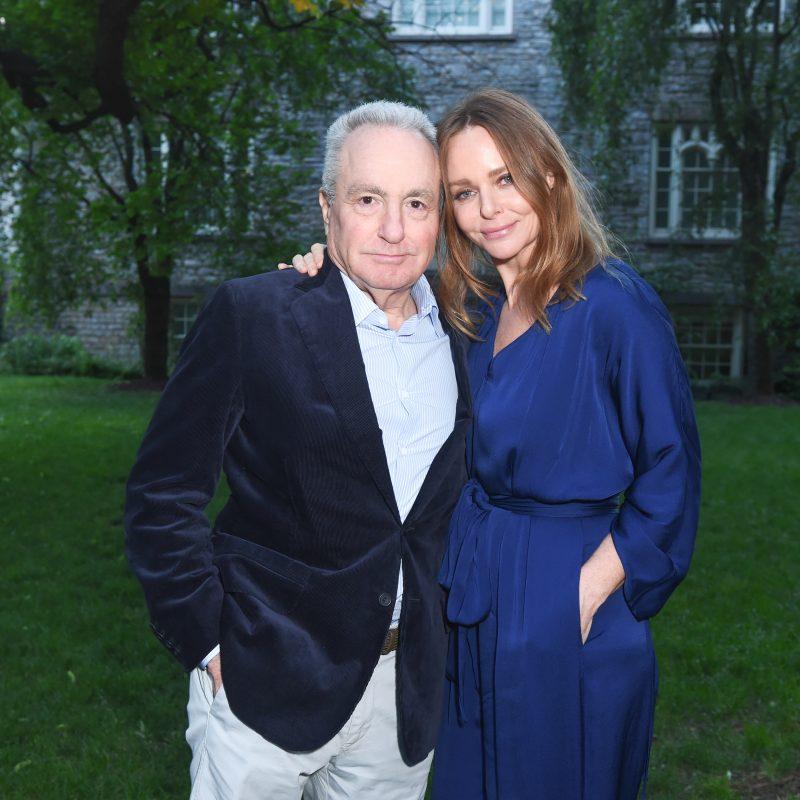 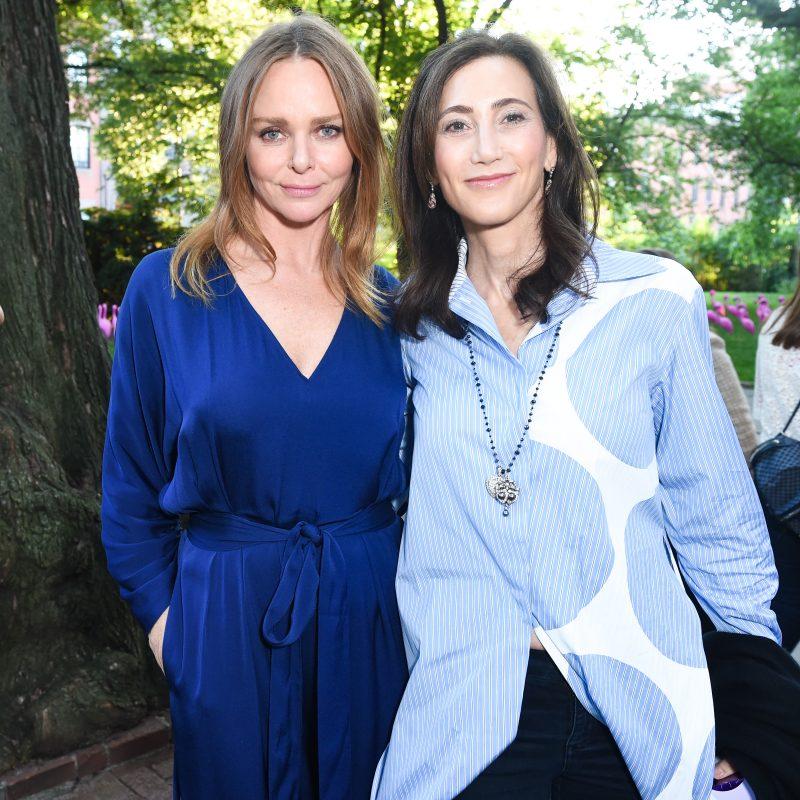 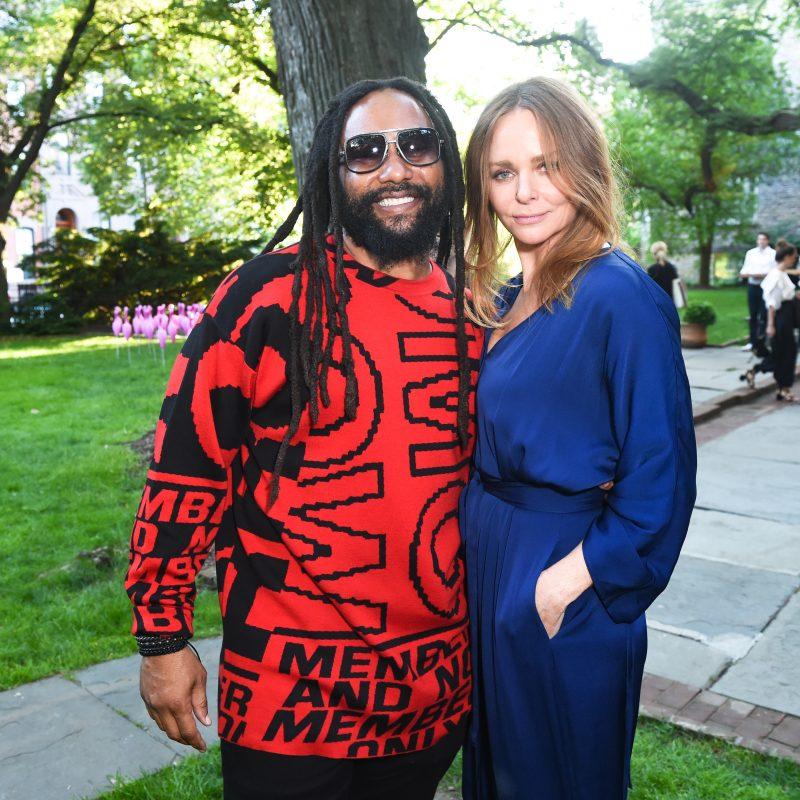 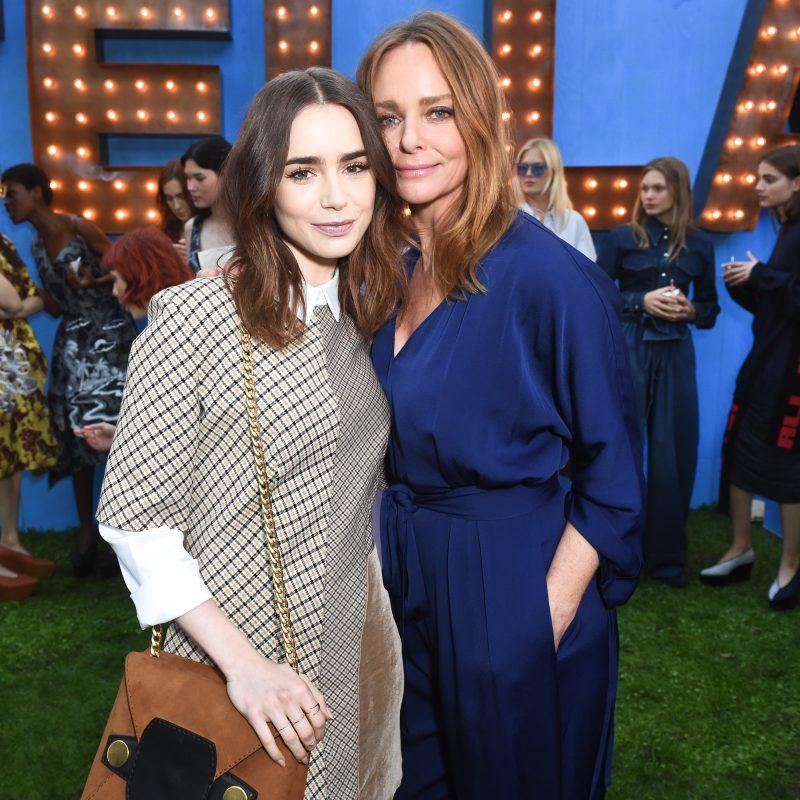