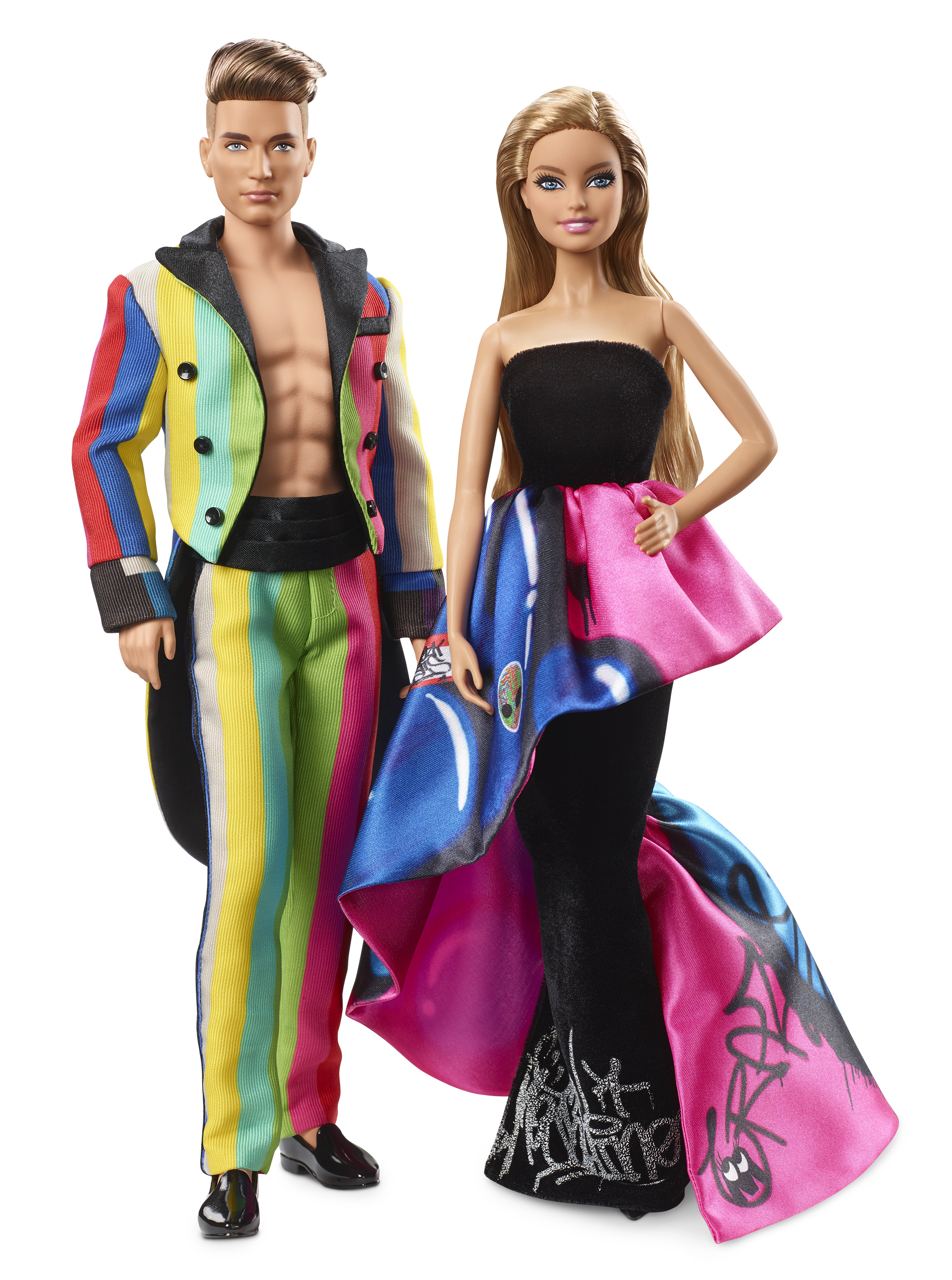 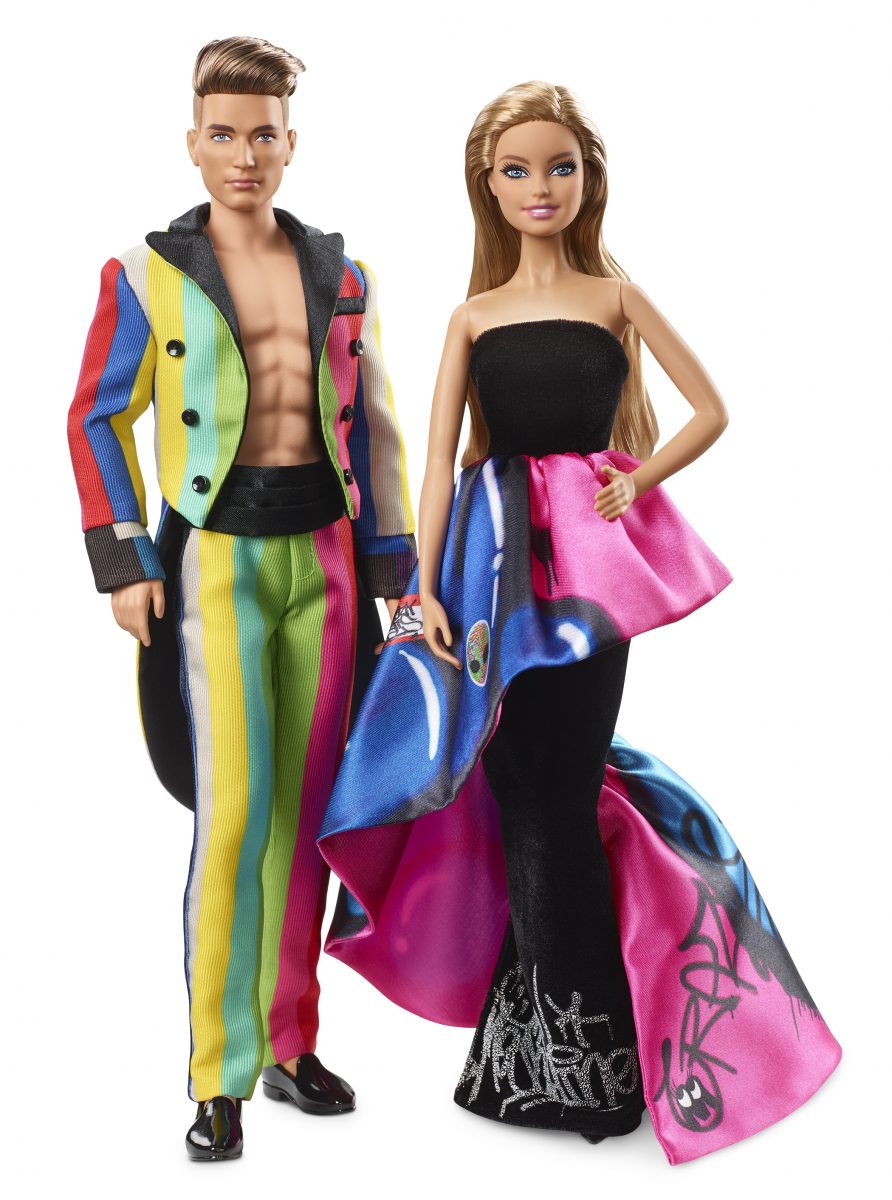 Barbie and Ken are getting a designer makeover, thanks to Moschino’s third collaboration on a collector’s edition doll with the iconic toy. To pay homage to creative director Jeremy Scott‘s and his date Stella Maxwell’s bold Moschino outfits that they wore to the 2015 MTV Video Music Awards, Barbie recreated their very looks (with Scott’s blessing, of course) for a new Moschino Barbie & Ken gift set. Barbie wears a gown from the Moschino Fall 2015 collection, featuring black velvet with a ruffle that wraps around the doll, and Ken’s custom multicolored striped tuxedo is inspired by television test signal stripes. 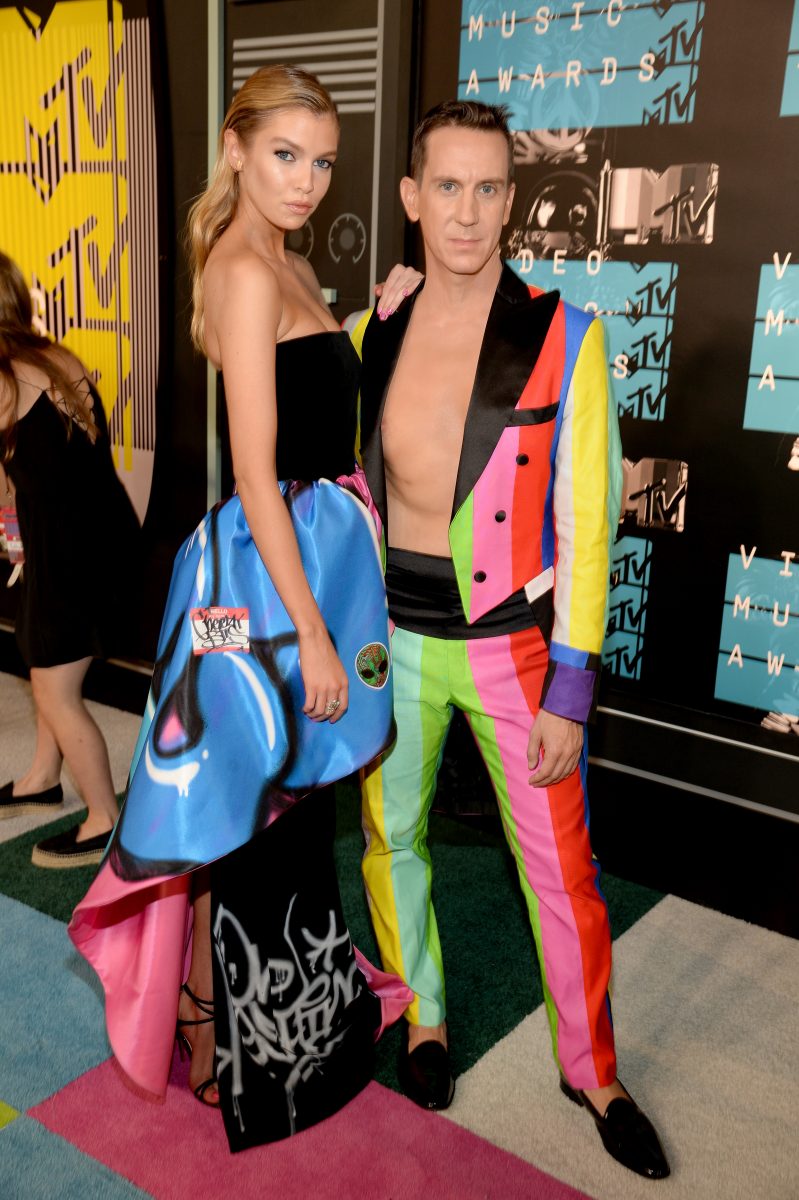 Last year, Scott’s first doll sold so fast—in less than an hour—so we can only imagine how fast these will go. In addition to the gift set, two beach towels depicting the two dolls will be available for purchase for $135 each. The collector’s edition Moschino Barbie® doll gift set are available today for $200 at moschino.com and at the brand’s main boutiques in Milan, Rome, London, Paris, New York, and LA.

Based on the look of Barbie, its safe to say this doll Set would NOT be popular with doll collectors. they will NOT sell out as fast as you think. its possible they end up at clearance piles.