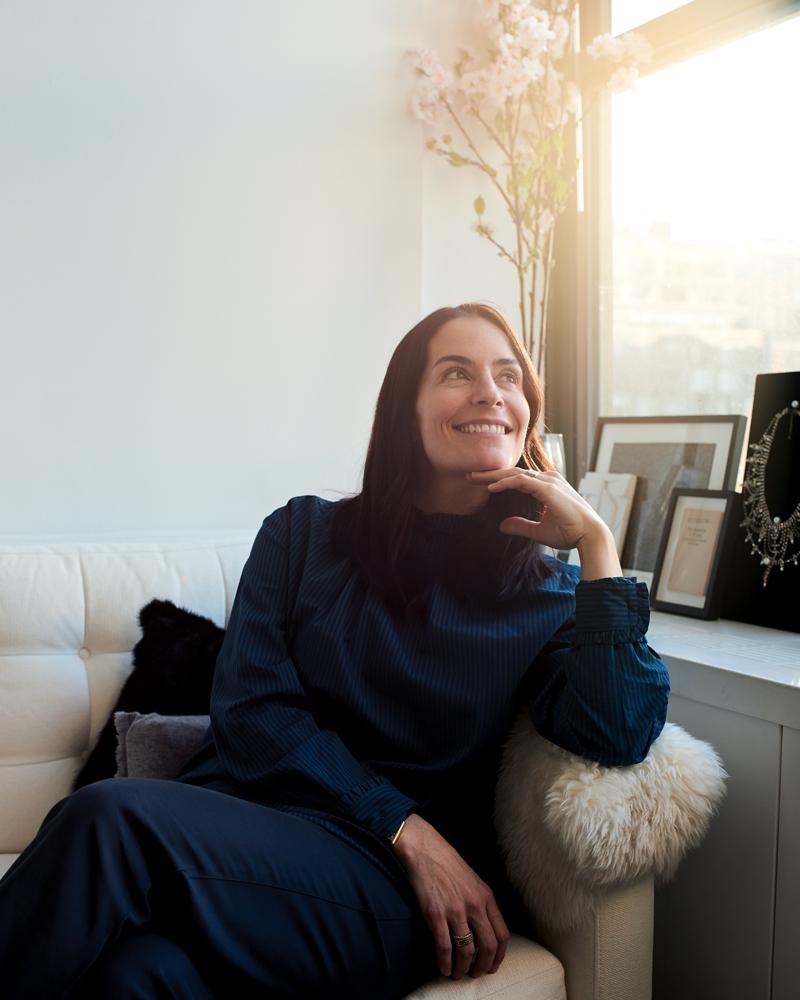 Under the leadership of Stella Bugbee, New York’s fashion vertical has evolved into a standalone brand that covers a dizzying array of topics that impact women’s lives. Meet the maestro of The Cut!

When you arrived at The Cut, it was essentially a fashion blog. Did you always envision creating a complete women’s magazine?
It was actually what I was hired to do, and we’ve really worked up to it. By no means do I think it’s done, or that it has achieved what it could achieve. There’s lots of room for improvement and ambition, and more thoroughly exploring what a women’s publication could be.

What did you see happening in women’s magazines at the time, and how did you go about creating something that felt unique, or as a counterpoint to all of that?
For one thing, we had the advantage of speed, expediency, and the ability to iterate on our side. When something didn’t work, we just moved on and tried something else. We weren’t operating under the legacy assumption that things were difficult to change, or you couldn’t just abandon something. We were able to capitalize on everything that was great about the Internet, but bring to it the standards of editing and expectations of a legacy print publication. There were a lot of really excellent women’s blogs, but they didn’t have the support system to create original content at the level that New York magazine did, for example. Could you make a magazine that was just as good as any legacy print women’s magazine, or better, online? Of course you could, you just need the resources and the expectation. A lot of what I wanted to do was change the standard of what was expected.

Many publishers have scaled back on content creation, but The Cut is still posting upward of 35 stories a day.
On a good day!

What’s the thinking behind that frequency?
We increased staff and resources tremendously. We haven’t slowed our roll on aggregated news at all, but we’ve been able to increase the resources we put toward original content. I would venture to say that the amount of content we do in one week—good, original content—is probably greater than most women’s magazines
do in a month.

The biggest problem for those of us who read and love The Cut is finding time to read all of it!
[Laughs] I have that problem!

Do you read every post?
I used to, but that’s impossible now. I definitely look at the site a lot, and prioritize in terms of what features get shown on the homepage and where to put our big energy. And I will read every feature, and weigh in on pieces that will go through multiple drafts or are taking six months to make. 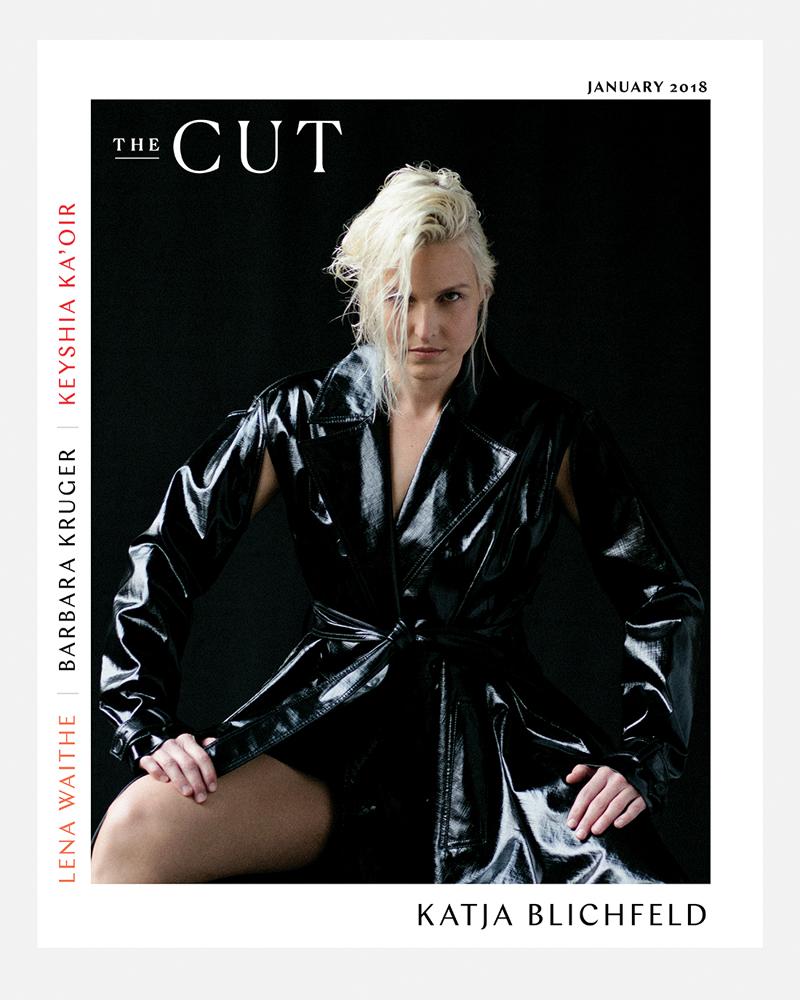 The 2016 presidential election has been reenergizing from many journalists and publications. How has it affected the way that you think and do business?
There’s no question that Trump was really good for traffic for everybody, everywhere. He was great for content—as for actual quality of content, it’s debatable [Laughs]. It’s been interesting, in the post-election year, to see what resonates with people, and be balanced. Every month, a new thing breaks that feels like it usurps the last thing we were obsessed with. #MeToo has taken a toll on everyone’s energy levels and emotional states. Perhaps it was great for traffic, but not so much for psychic energy and our well-being. [Laughs]

How did you get Cathy Horyn on board?
Cathy Horyn has been one of the great pleasures of my life to work with. It’s encouraging to see a person who wrote for a traditional place be able to adapt so smoothly to the Internet and the voice [of The Cut]. We were able to convince her to come work with us after she left The New York Times, and in some ways, I think we gave her a lot of freedom that she hadn’t had before—both linguistically, but also topically. She can write as she pleases. Editing her is such a joy. Truly—my entire working life, she’s been one of my top-five experiences. 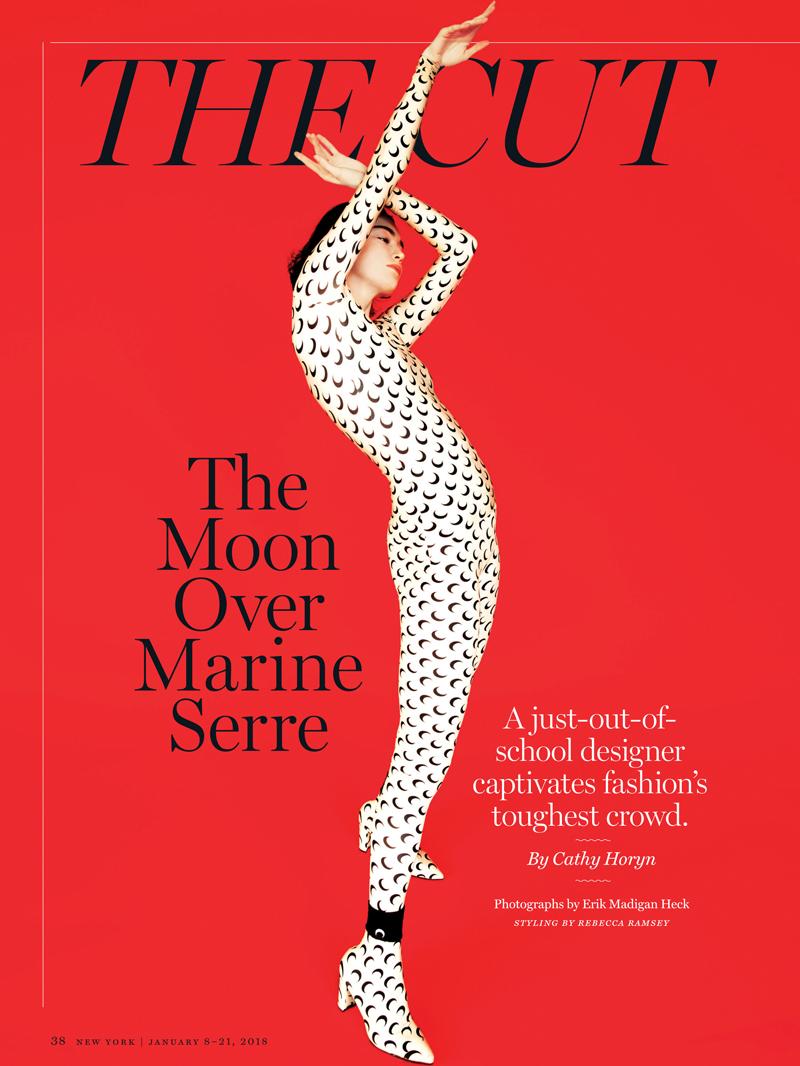 How do you tackle Fashion Week?
We used to cover it as though it was a political campaign, with 60 or 70 posts a day, but it seems like the appetite for that level of coverage has waned. Probably because people know everything there is to know about Fashion Week now [Laughs]—in part, because of that coverage we did early on.

You told The Coveteur, “The core of The Cut is about ambitious women.” Ambitious in what way?
Every way. You want the best for yourself, and you’re going to try to get it. I won’t name names, but there are other publications that talk about fashion and women’s lives that make certain assumptions about them—money, income, family.… We sort of assume that our reader is a self-made person who has high standards for herself and expectations for her future and her life, and she’s going to go about getting them, without any help, probably. 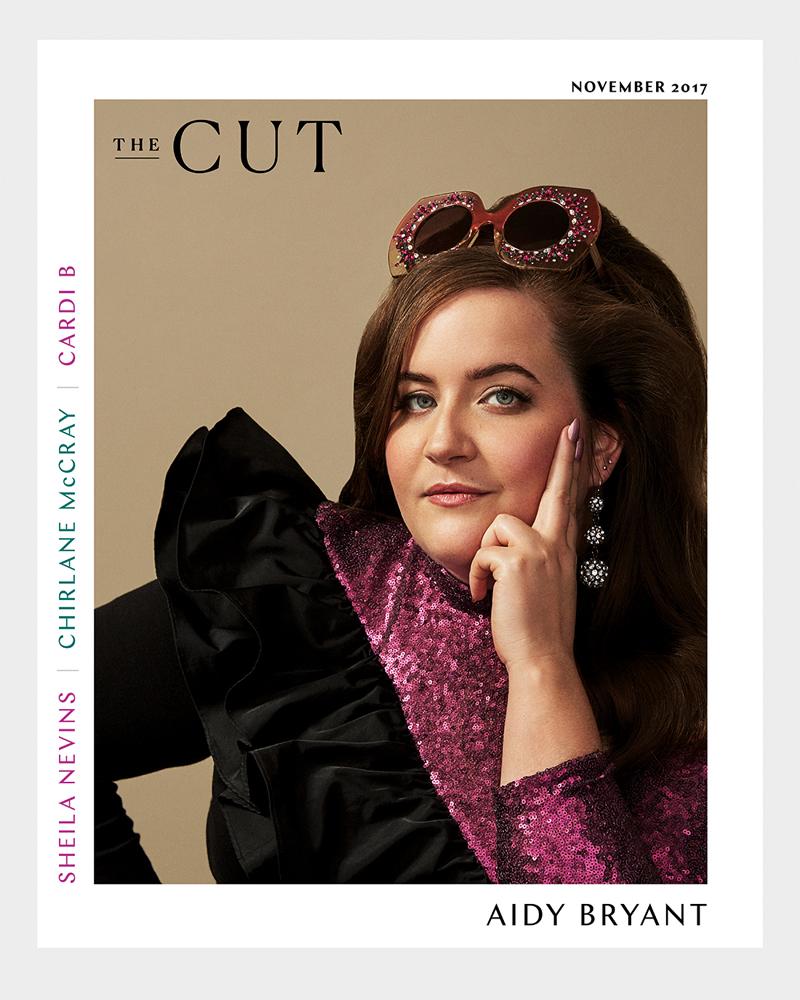 Last summer, you were promoted to president and editor in chief of The Cut. What does that part of your role entail?
I think it was just a formal recognition that in today’s media landscape, a lot of the editorial decisions are bound up in business decisions, and that I was already functioning in that role a lot. This was just kind of a recognition that to edit and to publish are closer than ever. I think that they have been historically. It enabled me to have more of a say in
the direction that we push the whole project.

When brands come to you for custom content, what are they looking for The Cut to deliver?
Ideally, they want us to share what we know about our readers, and the insight and connection that we’ve built with them, to tell their brand story in a way that our readers will want to know about. I know a great deal about who my reader is, and how she might want to receive information. I can also understand what the brand’s goals are, and I can advise them accurately and meaningfully about how to reach the woman they’re trying to reach, in a way that she will be receptive to, and that will hopefully tell their story the way it needs to be told.

Do you feel optimistic, pessimistic, or neutral about the business landscape? There’s a lot of fear out there. Make us feel better!
That’s a tall order. [Laughs] I am, in general, a very optimistic person. You would find me hard-pressed to be super pessimistic about any of this. A lot of the fashion and media world are operating on protocols that no longer work for the landscape that we’re in, and that’s a challenge, but not an insurmountable one. People need to be comfortable with letting those things go. And when we get to that point, places like The Cut will be well-positioned to adapt with them.

Moving on to juicy stuff, are there any sex diaries that you’ve received but decided not to publish?
Tons. If they’re very, very boring, we definitely won’t run them. [Laughs]

I read that you wake up extremely early and cook three meals for your family. Seriously? You’re making the rest of us look bad!
A lot of the time, yeah—but that’s because I like cooking; it’s not a competitive sport. [Laughs] It doesn’t mean I’m making a pot roast every night— it’s pretty simple food. Some people go to church, some people exercise more than I do. I like to cook!

Do you ever need to go on a digital detox?
I unplug, emotionally, on the weekends. I’m pretty active on social media, but I don’t find that taxing. I find it to be fun, but that’s me. What I need to do sometimes is slow down in order to have longer thoughts. It’s not so much about digital or analog; it’s giving myself some space to formulate creative ideas, which I need quiet space for. But I can do that in a concentrated way on a 45-minute subway ride.

Good thing the subway is now breaking down every three seconds—that must be great for you!
[Laughs] I find that to be very useful time.

It’s been a year of upheaval in the media. So many editors out, so many editors in. Your name was floated for many major positions. What’s unique about this gig?
There’s no place like it. I love it here. I see it as a place of pure potential, and it hasn’t disappointed me yet. I love these people, and I love [New York editor in chief] Adam Moss. I have a great time making this project, and I feel incredibly supported by the people who fund it. So far, it feels like there’s more to be done. I’ve invested a lot of time and energy
into seeing this project through.