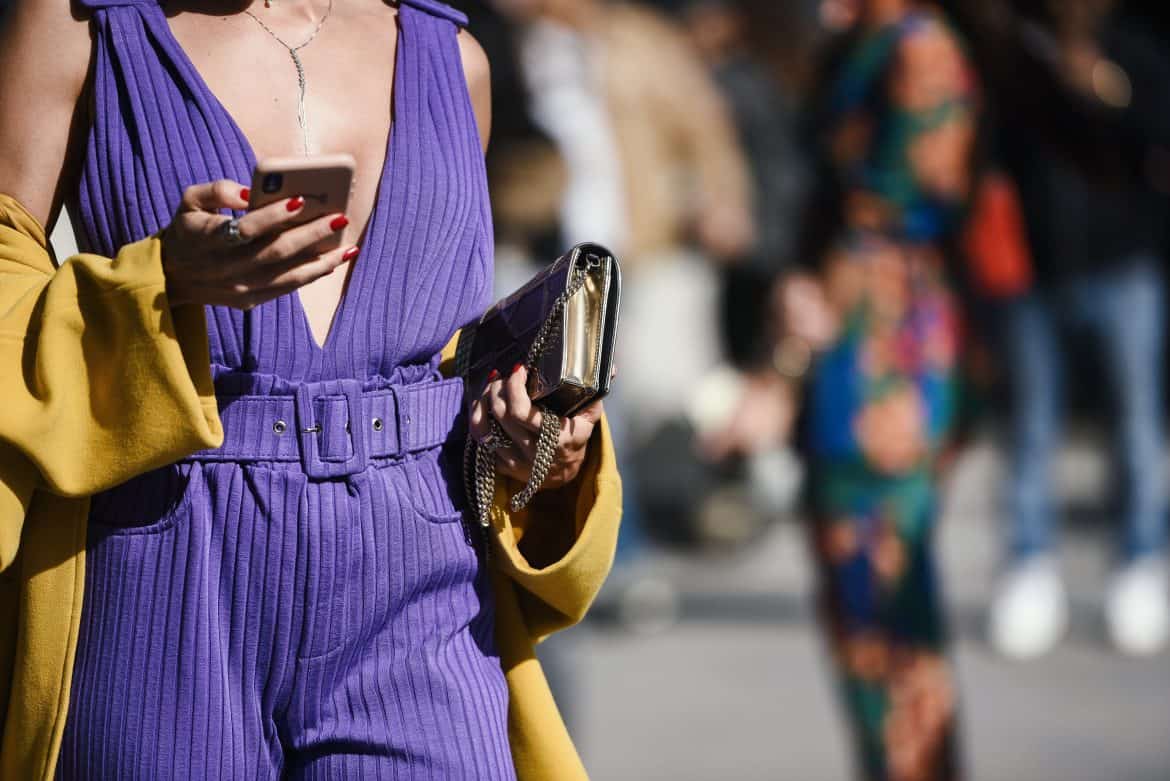 Paris Fashion Week started with a speech delivered by the French Minister of Culture, Roselyne Bachelot. She explained that this season will consist of 19 shows, 20 presentations open to the public, and 45 online events.

My first event was “Essence”: a PFW debut from British designer, Wales Bonner. The online presentation included a lookbook photographed by Sean and Seng, and a fashion film directed by Jeano Edwards, that were released on the Fédération de la Haute Couture et de la Mode website. The collection inspired by the early ’80s in Jamaica, featuring mixed retro sportswear with two-piece suits and floor length knitted dresses. With her collaboration with Adidas Originals, designer Grace Wales Bonner achieved the perfect balance between athletic-inspired and more traditionally tailored designs. In terms of the color palette, the Jamaican flag colors—black, green, and yellow—punctuated the collection. For both the film and the lookbook, the models were styled in a natural, laidback way; sometimes with sneakers and socks, or occasionally with boots. 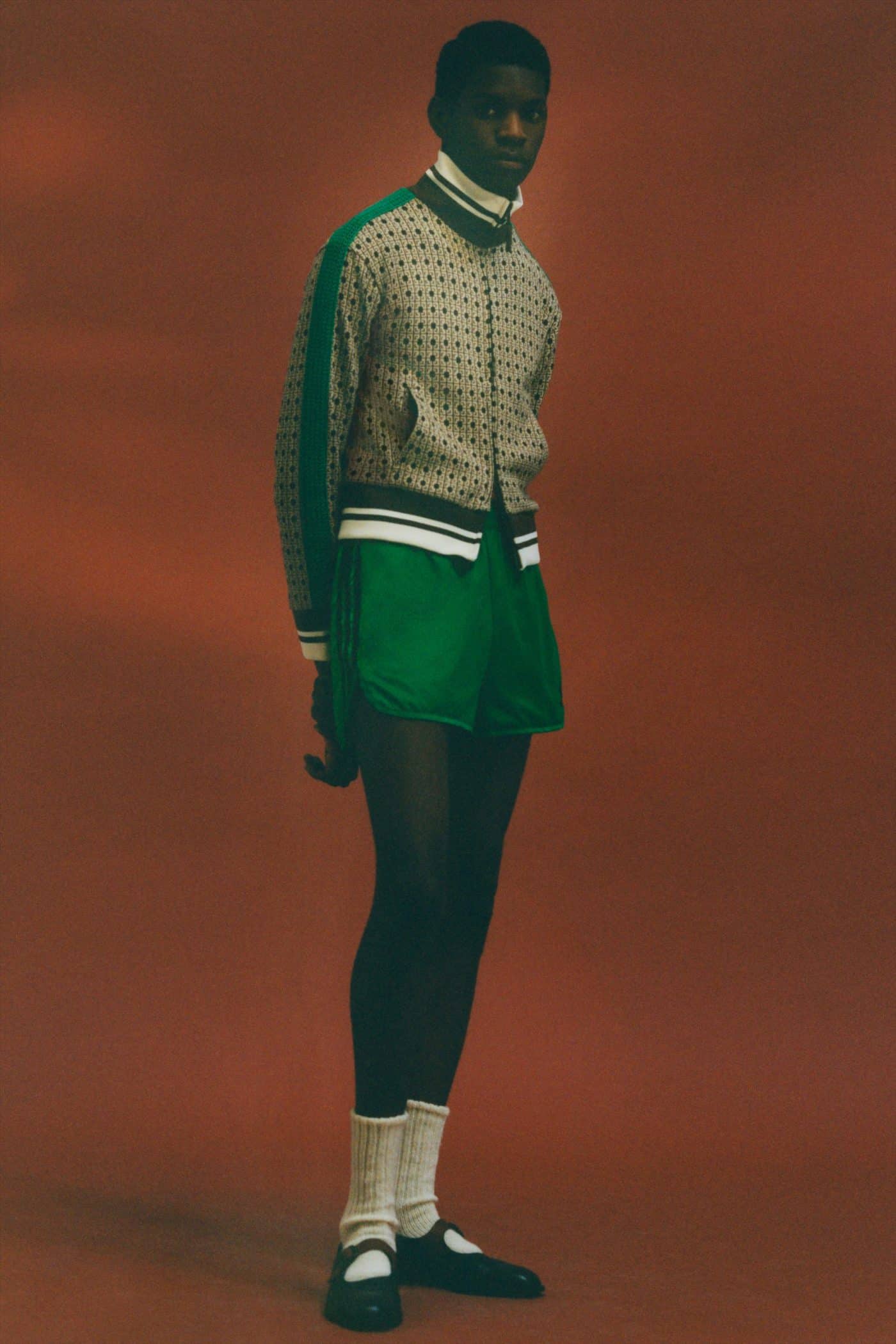 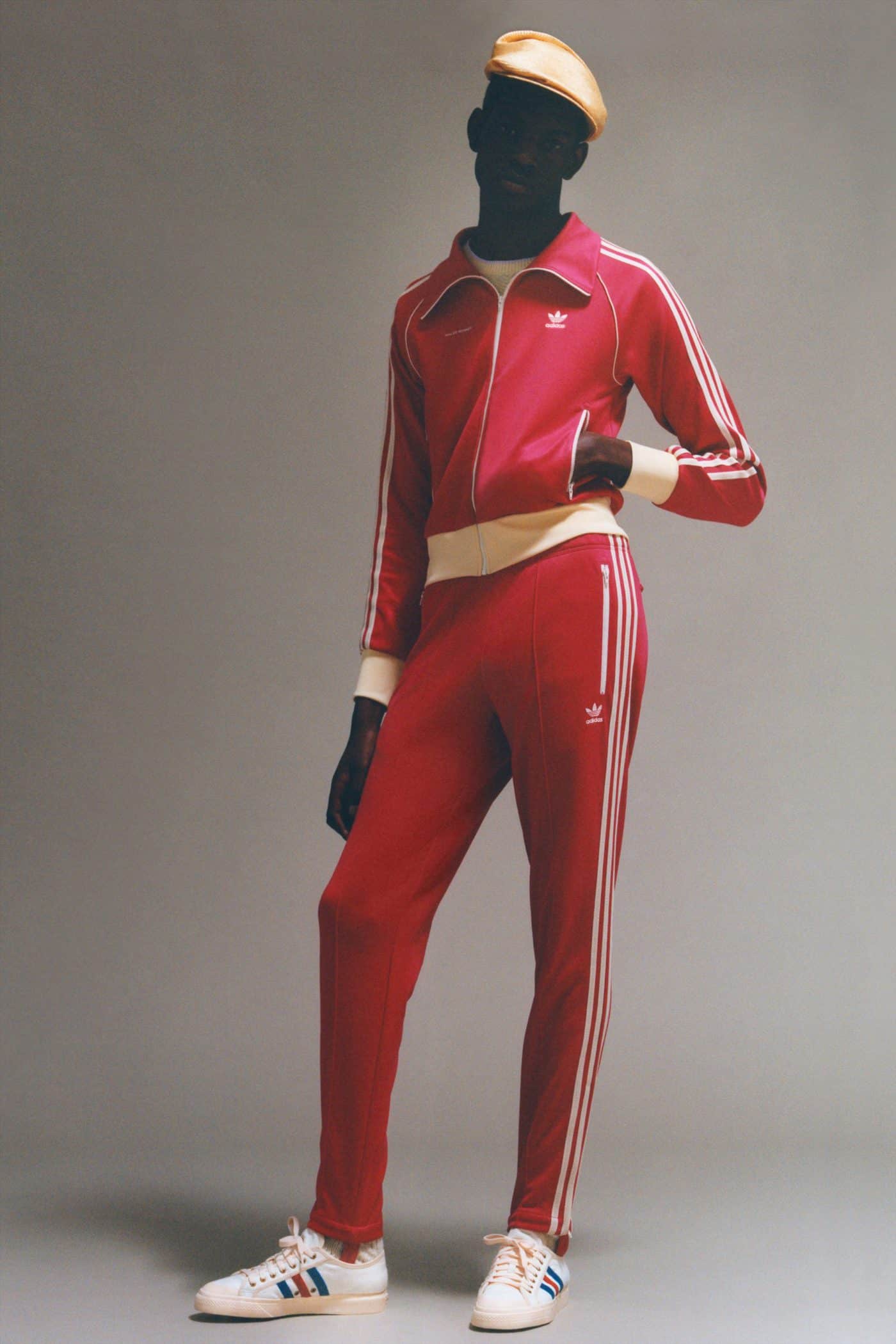 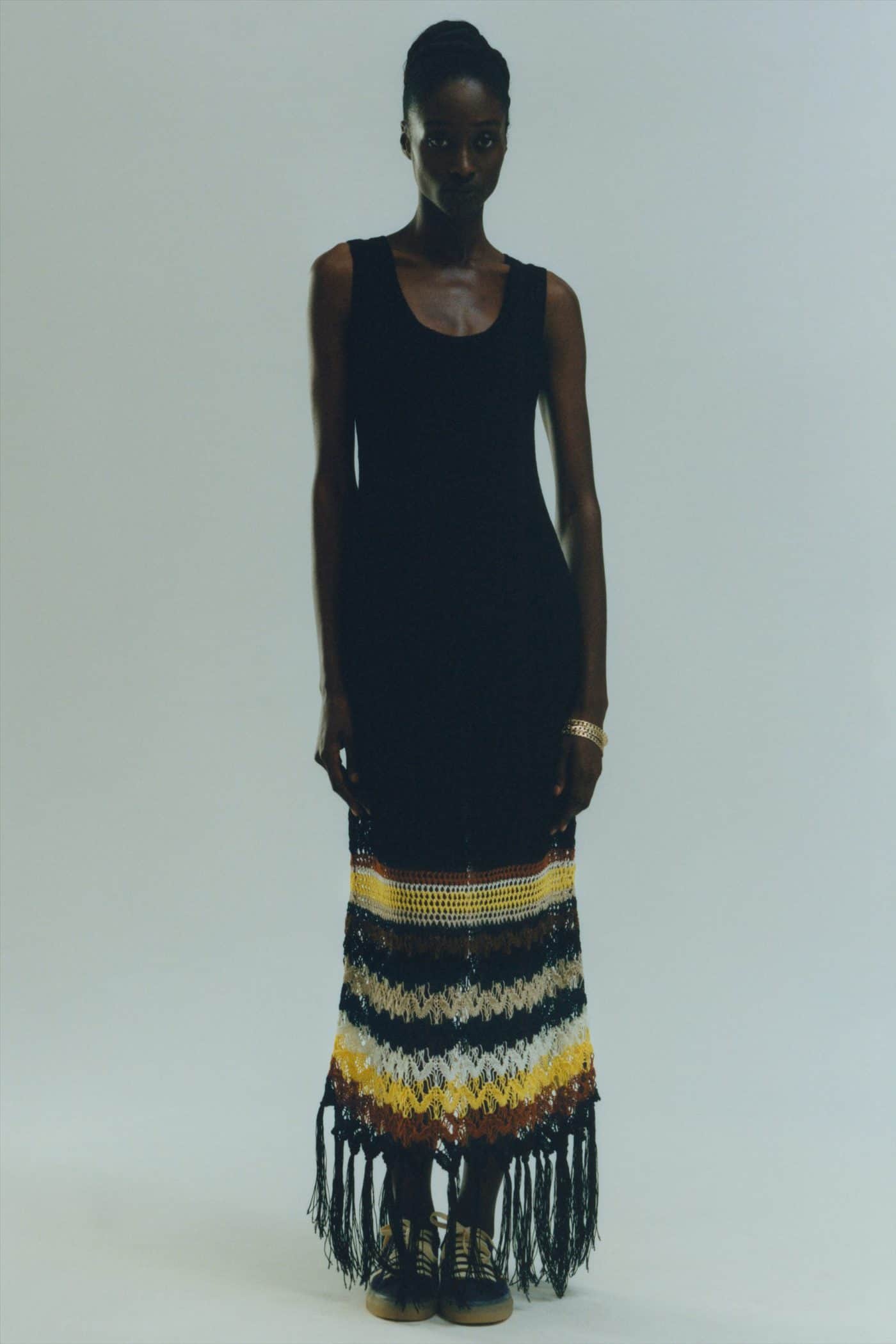 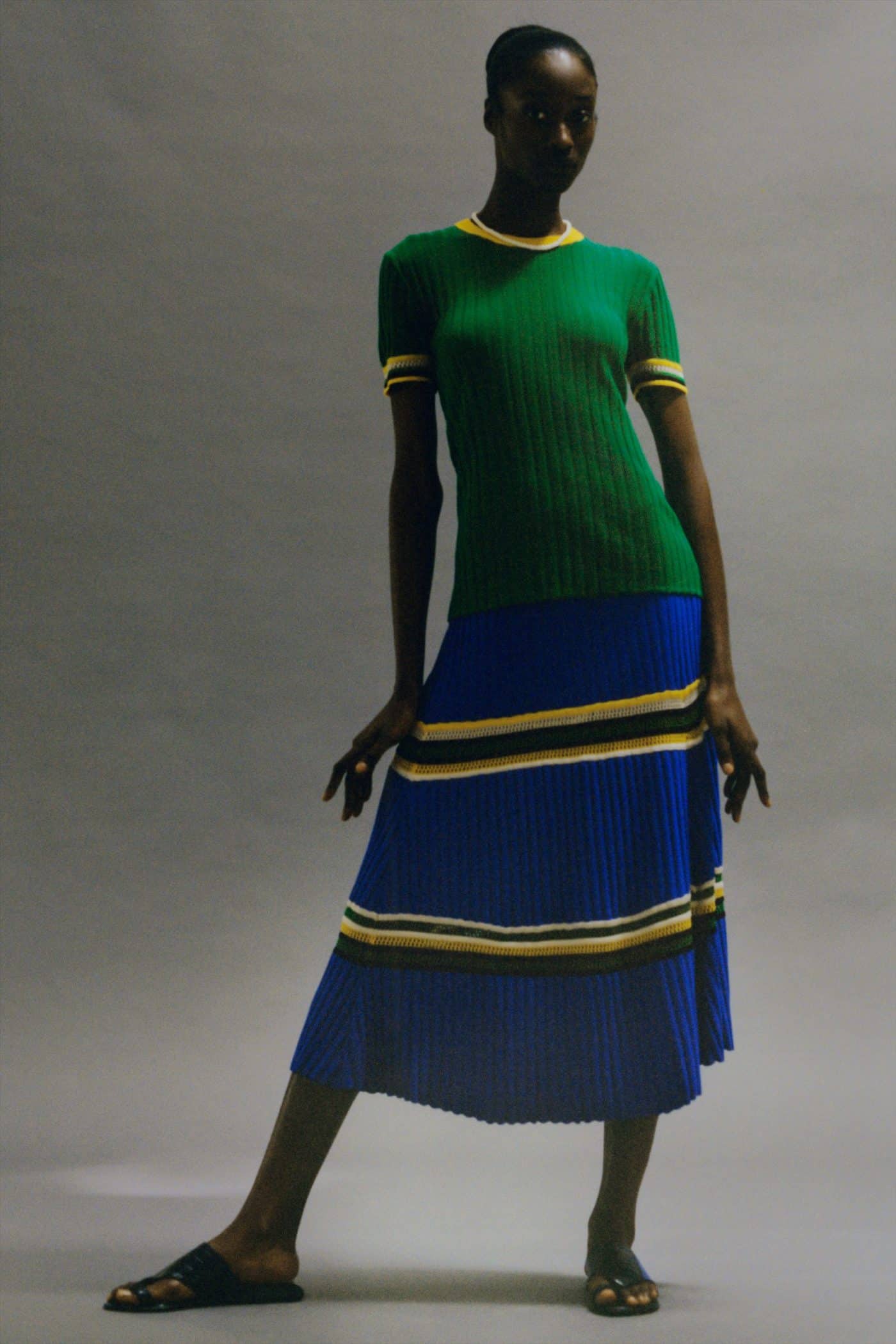 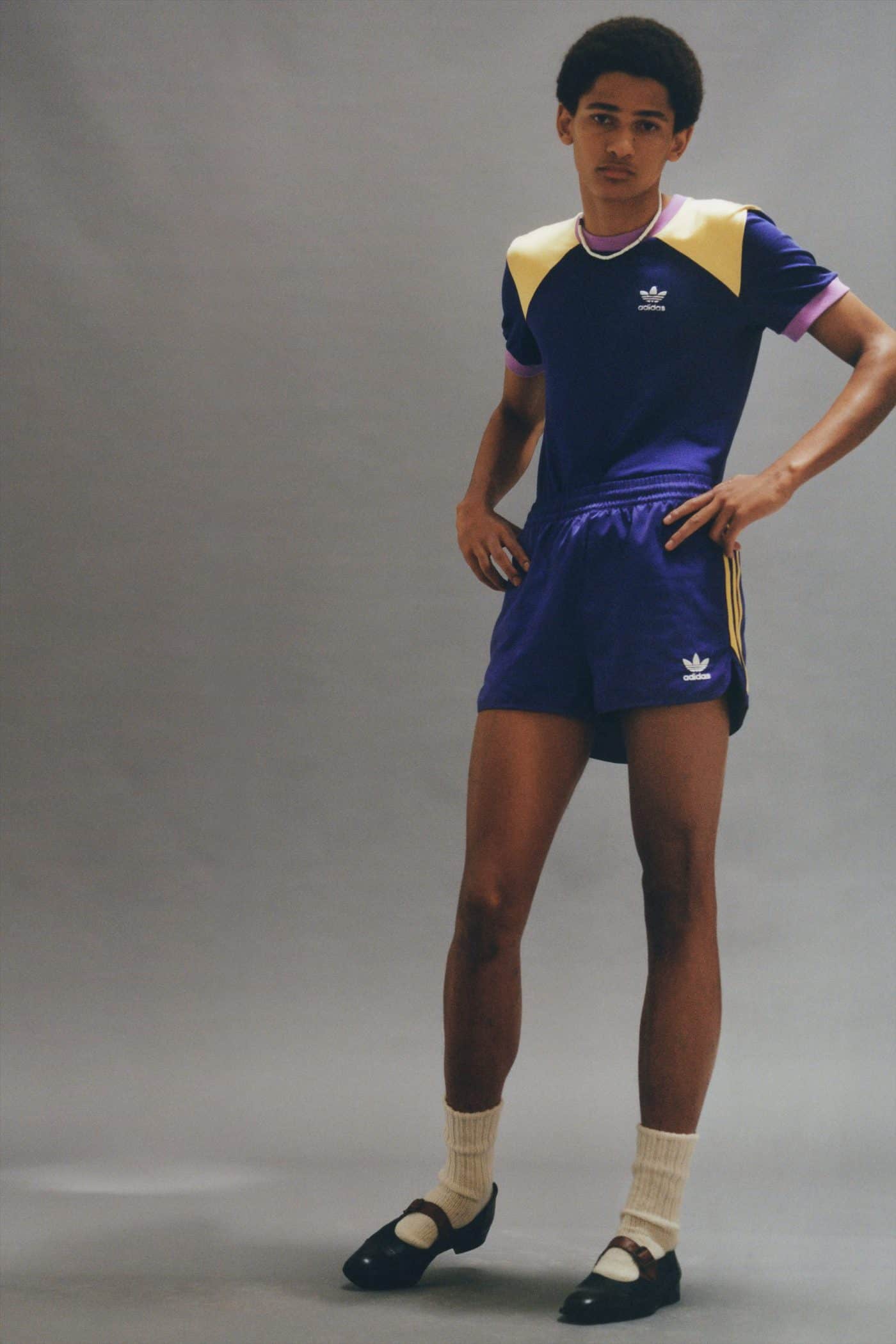 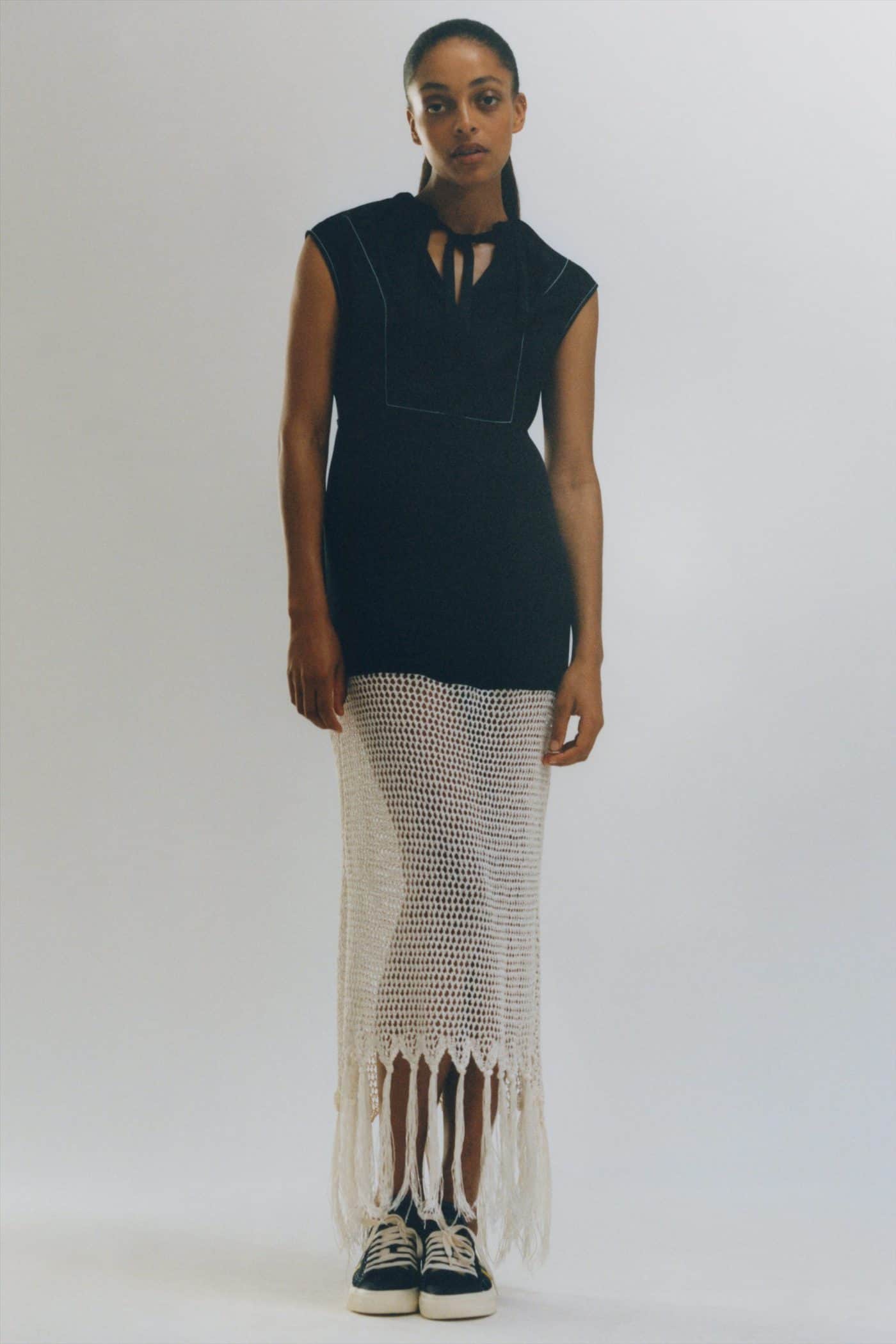 The next online presentation of the day was from Danish designer Cecilie Bahnsen, who created her brand five years ago and is now presenting it for the first time during Paris Fashion Week. A film set outdoors on a beach and in a field, directed by Moon agency with music by August Rosenbaum, revealed the collection. The short starred models Isabella Qualmann, Josefine Lynderup, Krogsgaar, Mona Ali, Kathia Nseke, Lulk Leika. and Emmanuelle Lacou, who all wore their hair
in a natural windswept way. The clothes were inspired by the paintings of the artistic colony Skagen, along with James Turrel’s art installations, giving them a modern and electric touch. We saw a collection of romantic pieces; dresses
with voluminous sleeves in lace, tulle, and translucent fabrics. The more formal proposal included sequins, that contrasted with the backdrop of sea and sand. Because Bahnsen’s line leans towards a waste-free business model, recycled fabrics were used. Items also have a QR code that supplies information on where each fabric comes from. 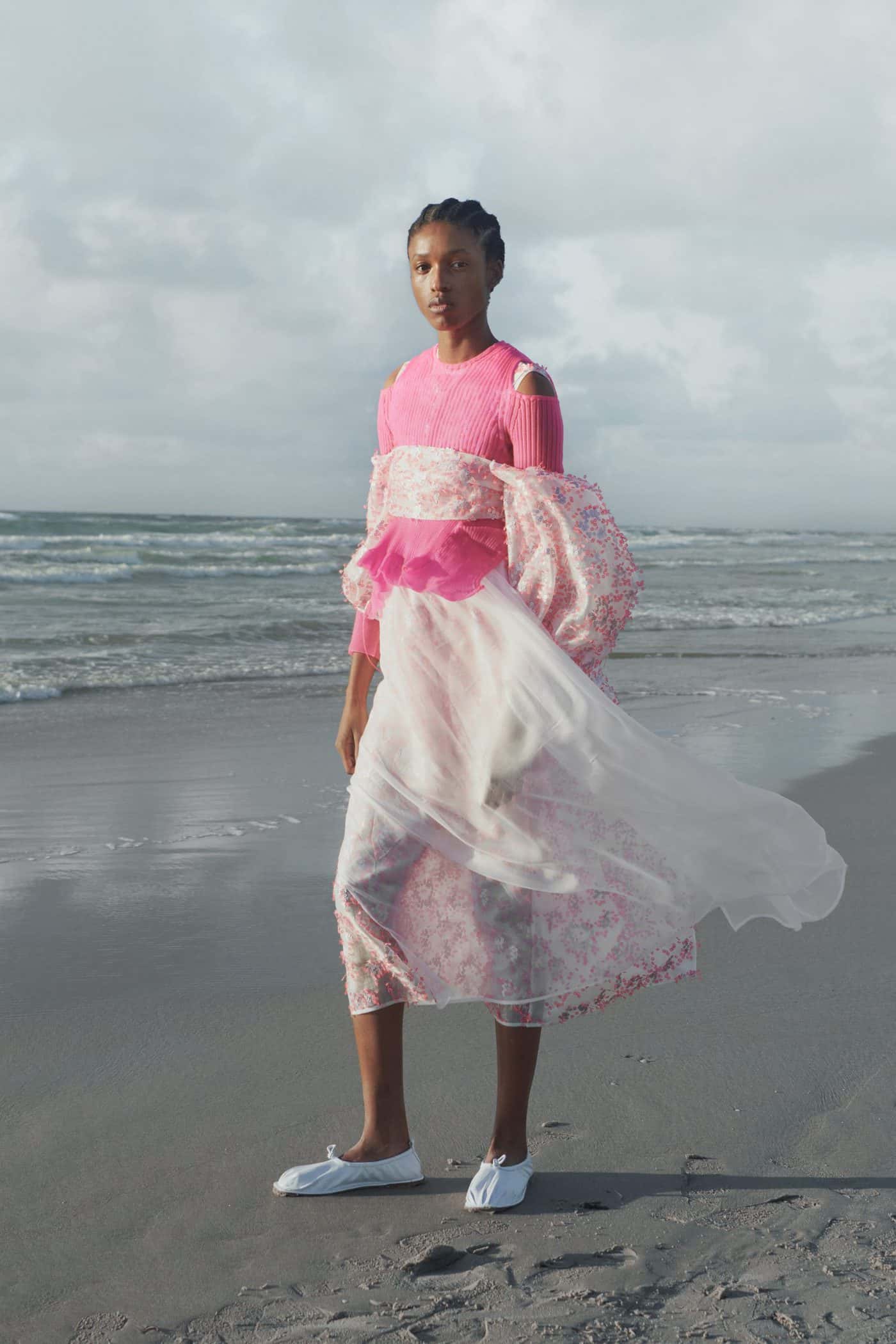 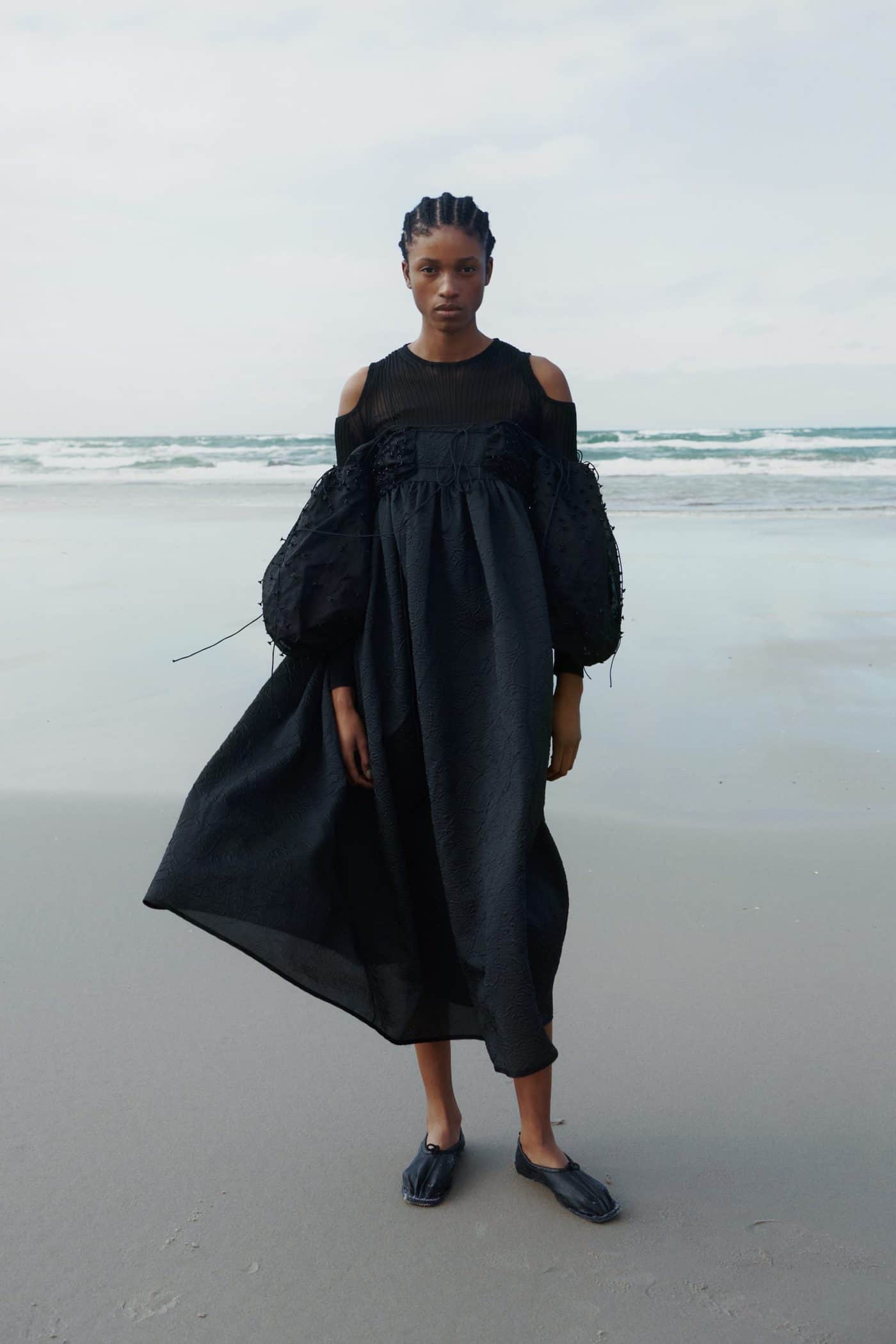 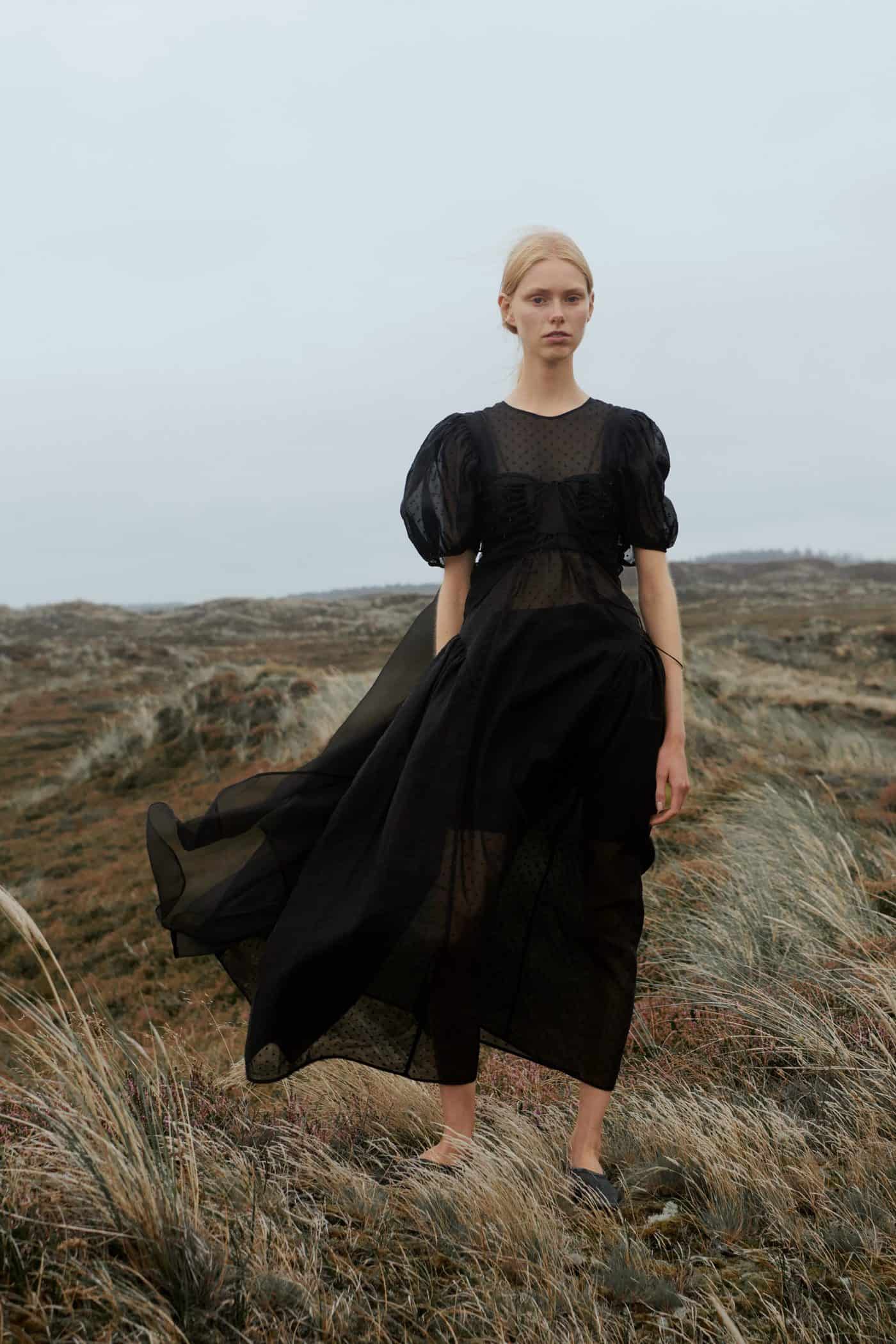 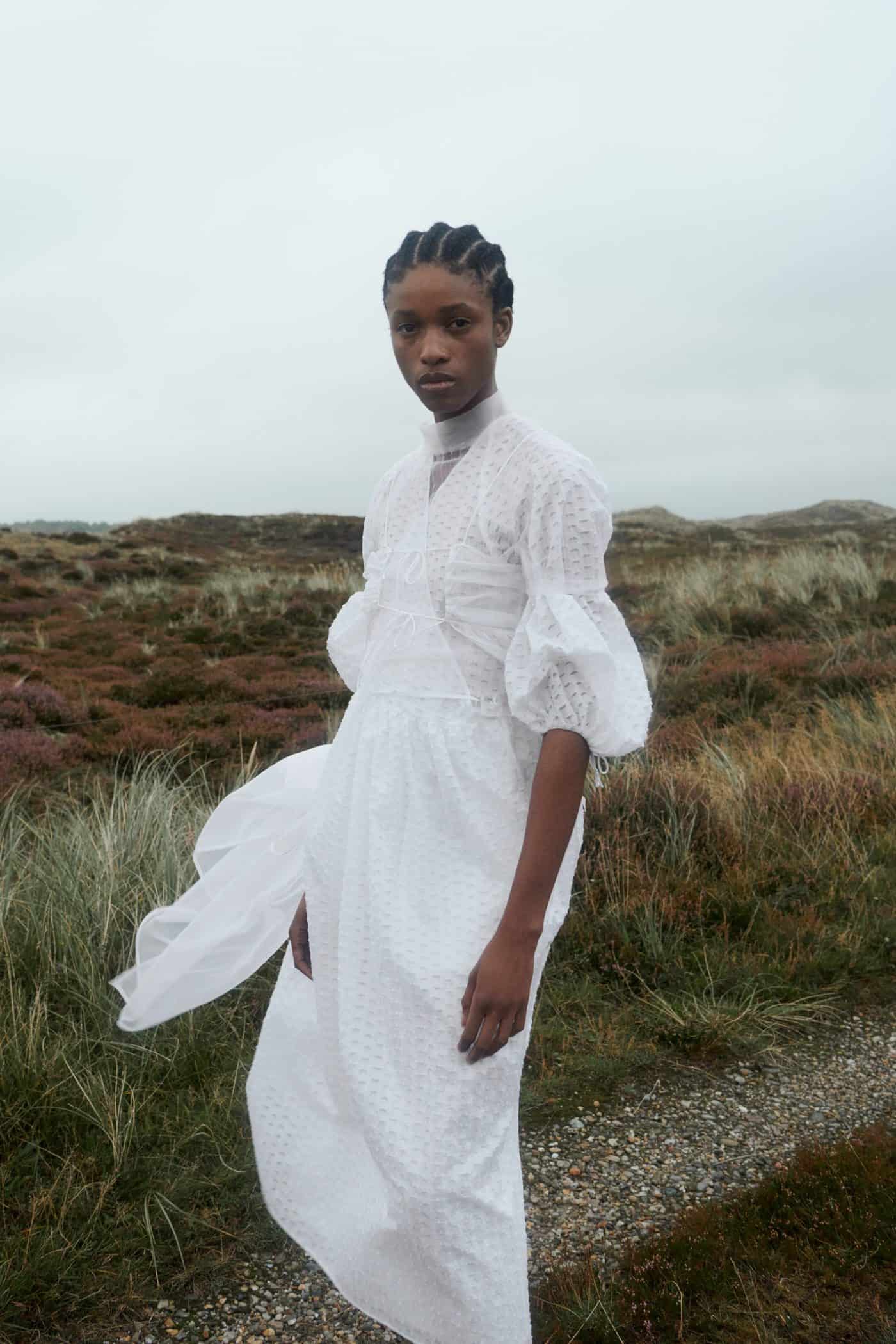 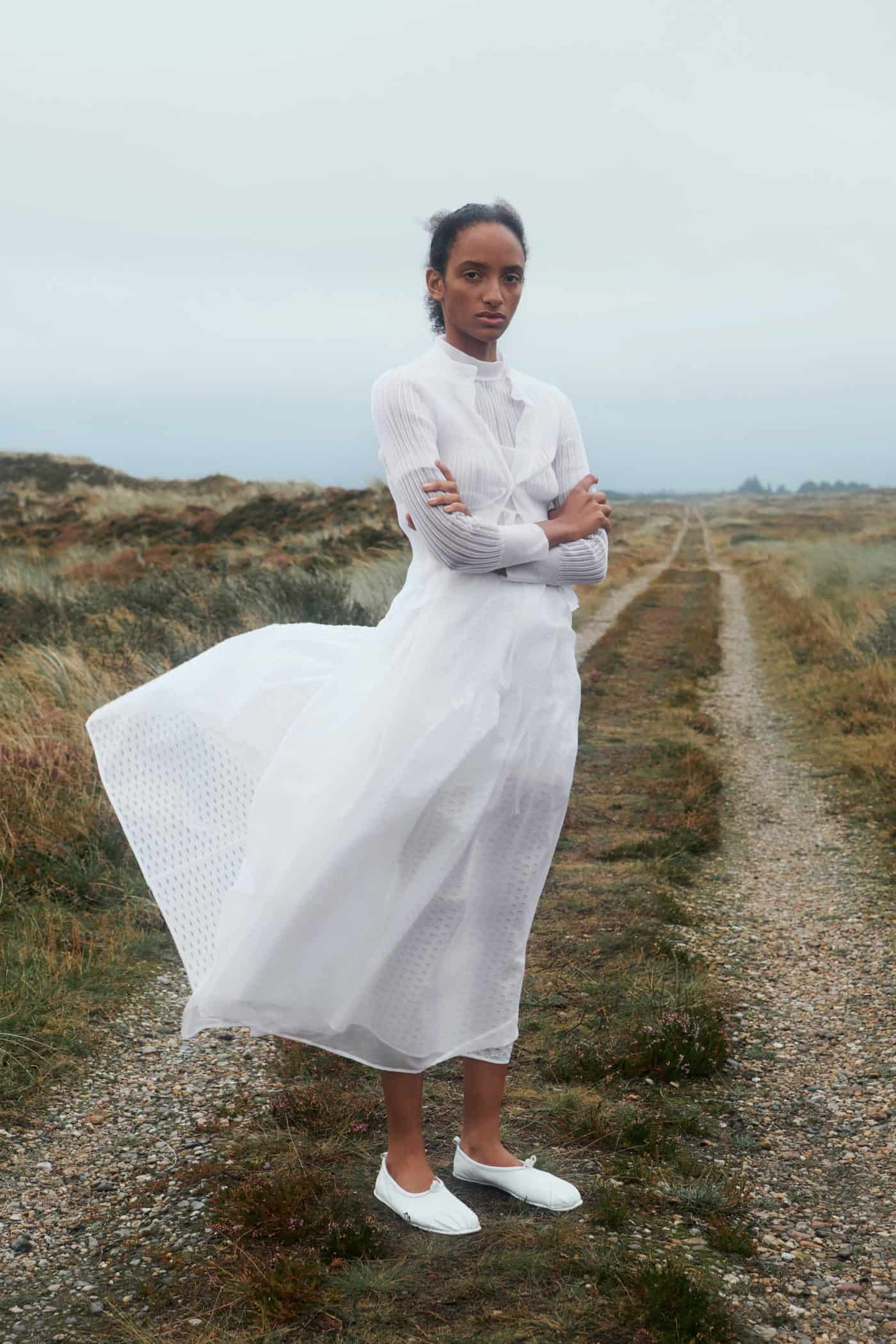 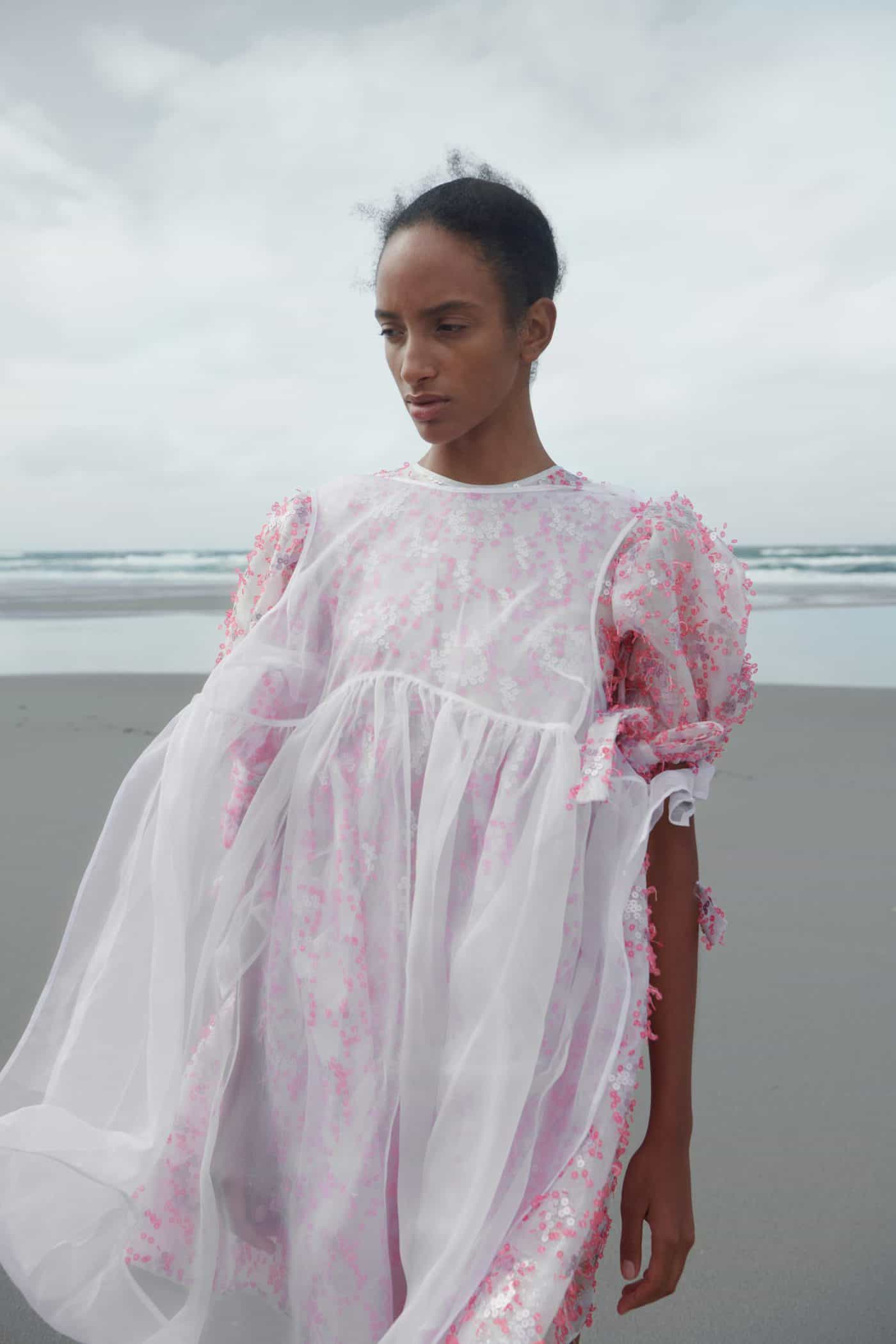 The final presentation of the day was by S.R. Studio. LA. CA (the ready-to-wear clothing brand created by contemporary artist Sterling Ruby.) Ruby showed a film which preached the importance of voting for leaders outside of Trump’s political party. The film was made in support of the ACLU, with donations going directly to support the organization. The film unveiled what Ruby calls “Veil Flag”: a large denim garment inspired by the American flag and used as a veil to indicate mourning. Only 50 veils have been made, and they are available for pre-order now. The film starred model Kajuan Garnett, whose face is shown only towards the end in the black and white video. The film was accompanied by a narration, emphasizing the mourning-like state in which the designer sees America. 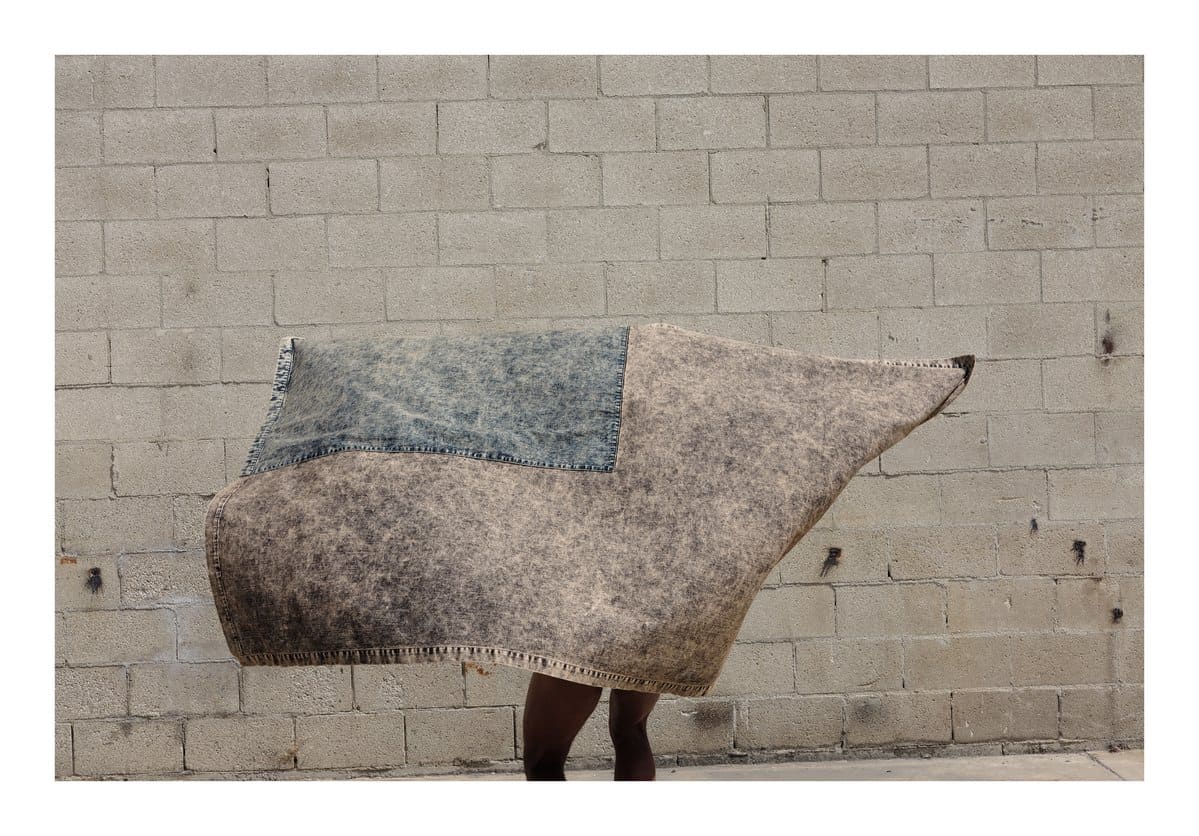