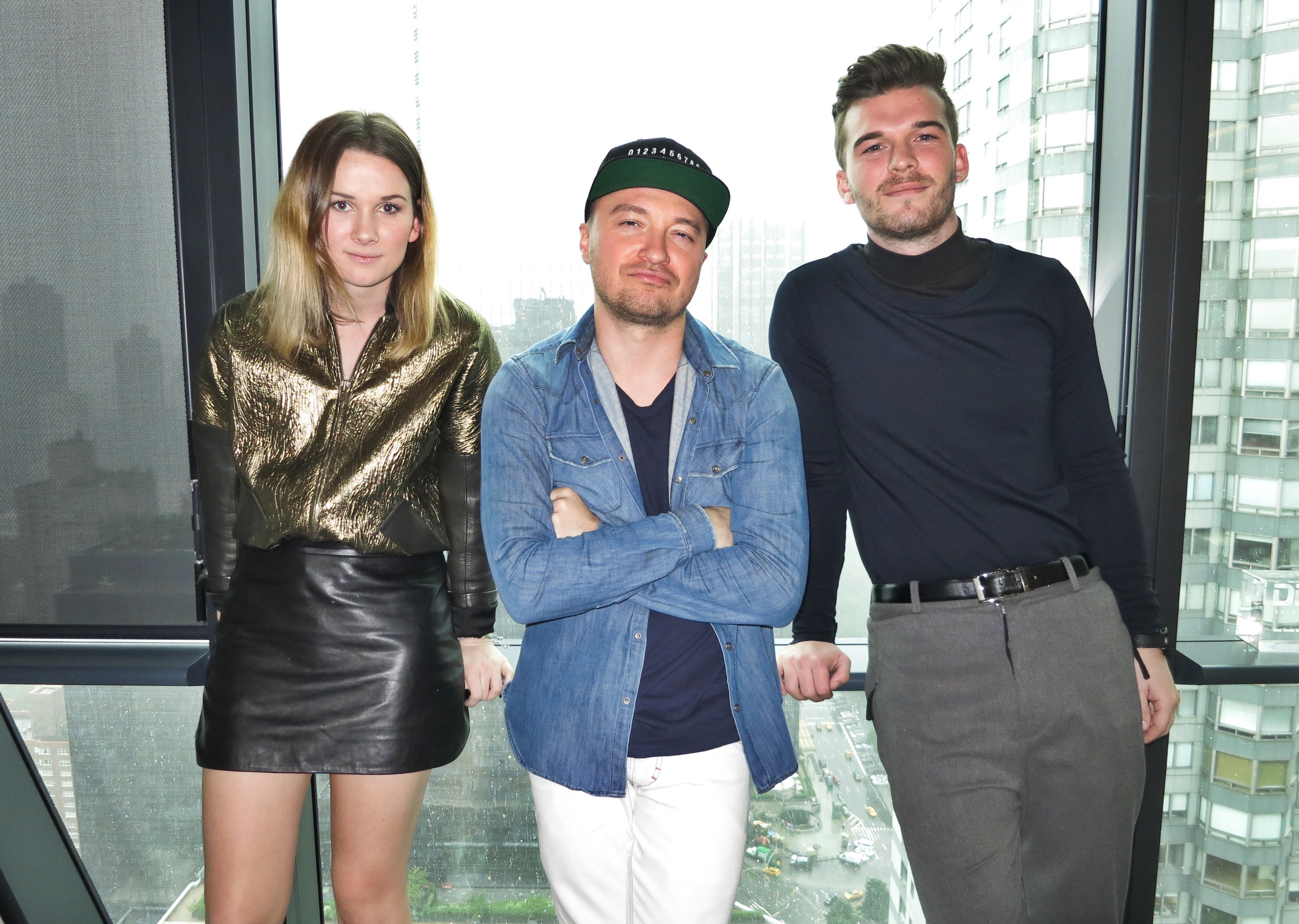 Ready the latest installment of Cosmo‘s Sergio Kletnoy‘s star-studded gallivants about town? This time around, the action doesn’t involve the boss, aka Cosmo EIC Joanna Coles, but obviously there’s excitement to spare…Enjoy!

“Holy sh*t, is that Mick Jagger?” My eyes were not deceiving me, and after all these years, I got star-struck once again. It rarely happens; well, only with Madonna, Bono, Meryl, Cher, and Angelina Jolie. But this was Mick Jagger!

Let’s rewind. I attended The Cinema Society & Montblanc-hosted premiere of Lionsgate & Roadside Attractions espionage-thriller A Most Wanted Man at the MoMA, starring Rachel McAdams, Willem Dafoe, Robin Wright, and Philip Seymour Hoffman, in one of his last roles. The film was directed by Anton Corbijn, a Dutch photog and music director, turned film-maker. I’ve been a fan of Corbijn’s for a long, long time! His resume of music videos reigns supreme: Nirvana’s “Heart-Shaped Box”, U2’s “Electrical Storm”, Bryan Adams’ “Do I Have To Say The Words?”, a slew of videos for Depeche Mode, including “It’s No Good” and my fave, “Condemnation” and Naomi Campbell’s totally underrated “Love And Tears.” That’s in addition to an impressive list of epic mini-films for rock and pop icons he’s tackled. A Most Wanted Man is about a Chechen Muslim who gets caught in the international war on terror. At the afterparty at Skylark, I along with three friends ended up on the rooftop with breathtaking views of Times Square. A few hours in and one too many cocktails with names like “Most Wanted Mule” and “Double Agent,” I realized that we were the last group standing when from the corner of my eye I saw him! You know, Mick Jagger. With a publicist and two bodyguards in tow, Jagger was moving closer and closer. Time stood still! He may or may not have said hello, but does that even matter? All four of us were star-struck, jaws on the floor, speechless and completely in awe of the greatest rockstar on the planet being an arm’s length away. I almost asked for a photo, but didn’t want to risk the wrath of Mick’s PR and two massive protectors. I spent the rest of the evening in a daze with the Rolling Stones soundtrack playing in my head.

I also got to interview my Russian sister from another mother, singer-songwriter Zola Jesus, about her stellar new album; British chanteuse Jessie Ware for an upcoming issue of Cosmo; and one of New Zealand hottest new acts, siblings Georgia and Caleb, collectively known as Broods. All three are incredibly talented but they are not, nor can they move like, Jagger. I’ll be back next week; until then, follow me on Instagram and Twitter at @SergioKletnoy for all things pop culture and be sure to check out my fave new tunes below…

Message In A Necklace