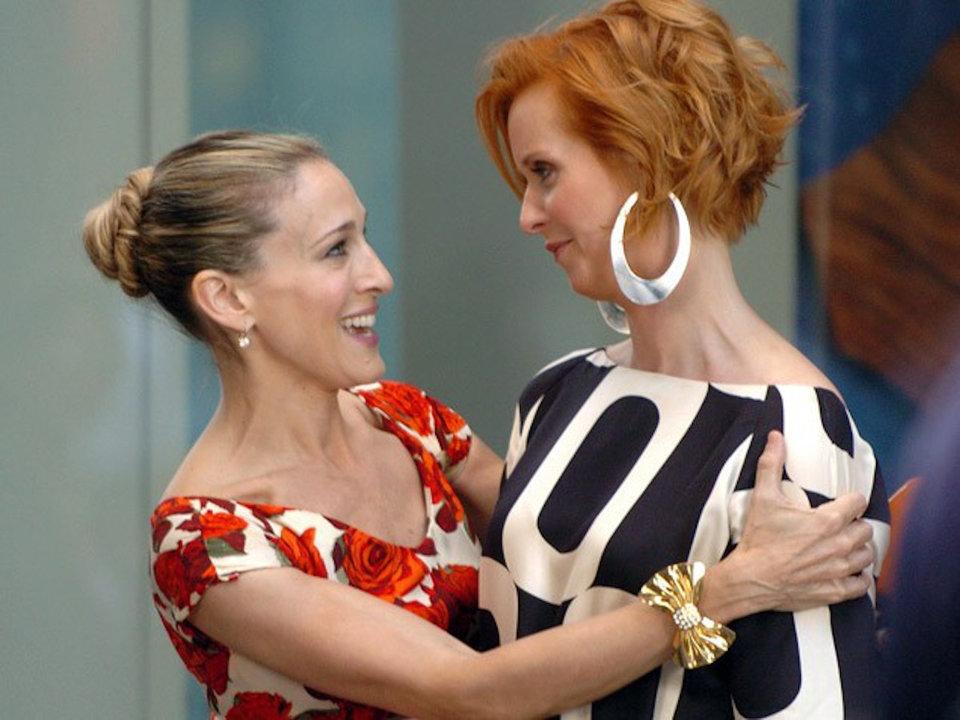 The gang’s all here!
Sarah Jessica Parker joined other members of the cast of Sex and the City this morning, when she took to Instagram to voice her support for her friend and former Sex and the City co-star Cynthia Nixon in her run for Governor of New York. “My sister on and off screen, you have my love, support, and vote,” Parker wrote.

@cynthiaenixon A mother An activist An advocate A fighter A NY’er A dear friend Running for Governor of our great state. My sister on and off screen, you have my love, support and vote. To learn more, read about @cynthiaenixon or donate go to https://cynthiafornewyork.com/ Xx, SJ

While other cast mates were quick to come forward with their endorsements of Nixon’s challenge of Governor Andrew Cuomo for the Democratic nomination, Parker has been slower to act, telling Page Six yesterday that “Cynthia has been my friend and colleague since we were little girls. I look forward to talking to her about her New York state gubernatorial bid.”

In a world where all too many people support candidates with little to no actual knowledge of their stance on the issues, it’s nice to know that SJP isn’t just blindly supporting her because she likes her personally and enjoyed working with her.

This is not to say that the endorsements of other cast mates like Kristin Davis (Charlotte York), Evan Handler (Harry Goldenblatt), and Willie Garrison (Stanford Blatch) were made without due consideration. But it would have been so easy for SJP to just say, “OMG! I love Cynthia. Why Not? Miranda Hobbes for Governor!” Instead, she took her time. She thought about it. She did her research. And now she’s made her decision.

Meghan Markle’s Estranged Relatives Come Out of the Woodwork, J.Crew Doubles Down On Madewell