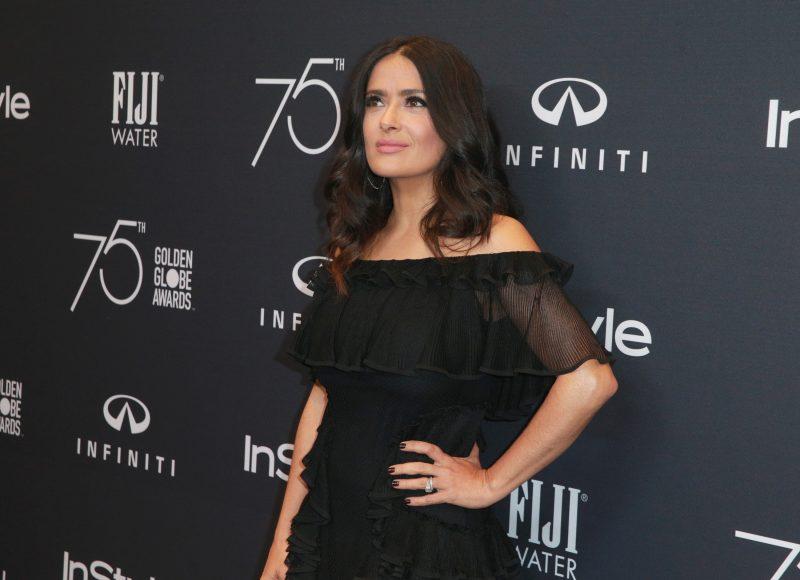 Today, Salma Hayek penned an op-ed in The New York Times that revealed that not only did Harvey Weinstein try to sabotage her film Frida, but he also threatened to kill her. The actress details how she thought it was a dream when Weinstein initially agreed to pay for the rights to Frida, giving her a producer title and signing her on for other Miramax films. She was to earn no money as a producer for Frida and only received the minimum Screen Actors Guild scale plus 10 percent. She soon learned she had signed a deal with the devil.

“Little did I know it would become my turn to say no,” said Hayek. “No to opening the door to him at all hours of the night, hotel after hotel, location after location, where he would show up unexpectedly, including one location where I was doing a movie he wasn’t even involved with.” You know how the rest of the story goes. Hayek credited her friendship with Quentin Tarantino and George Clooney with having saved her from rape.

Hayek starred in her film Frida alongside friend and fellow actress Ashley Judd, the first brave accuser to come forward in the ongoing Weinstein scandal. Acting out his own form of revenge for their rejection of his advances in real life, Hayek details how Weinstein forced a sexual affair between Hayek’s and Judd’s characters on-screen.

To date, approximately 83 women and counting have come forward citing everything from sexual harassment to rape against Weinstein. Hayek’s account is the latest, as more A-listers continue to speak out against the fallen mogul.