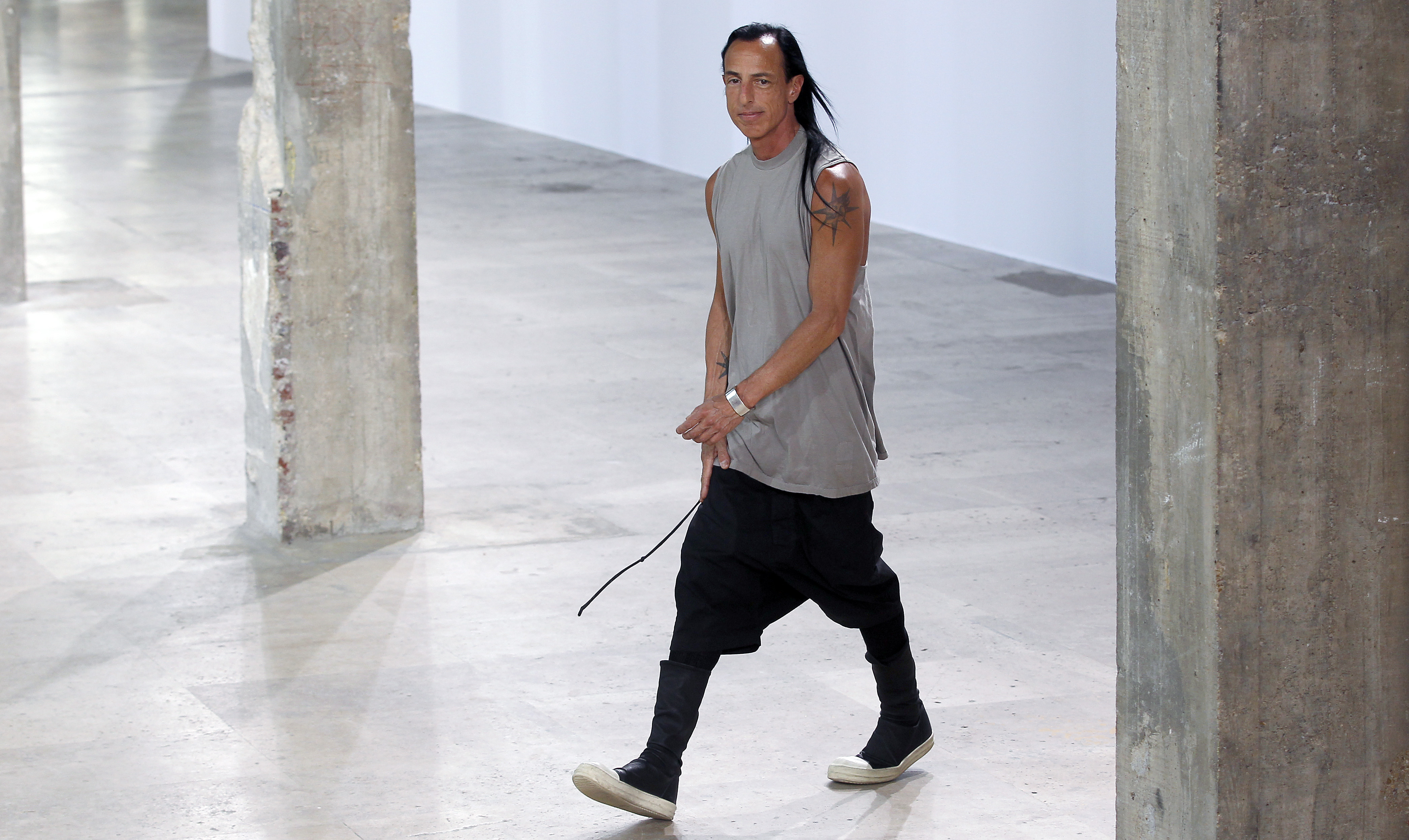 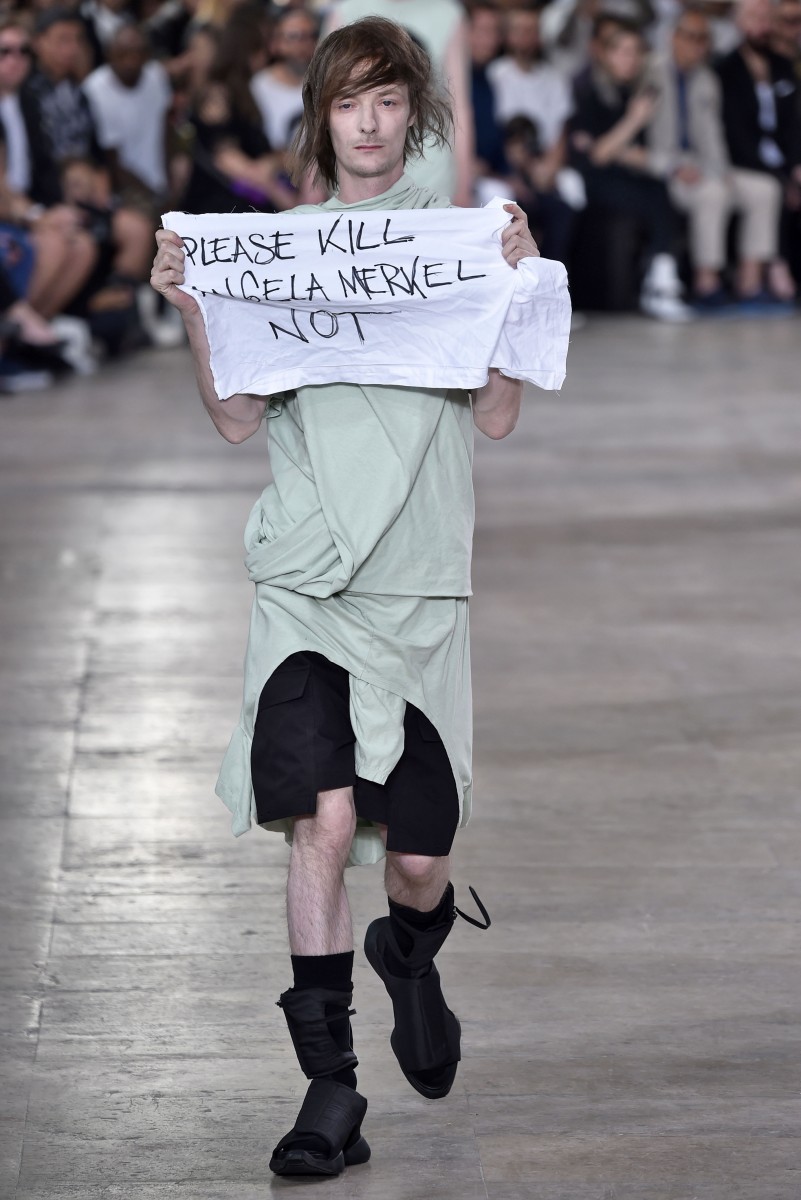 Rick Owens‘ shows always serve up major drama, but a rogue model named Jera stirred up some unauthorized controversy at Owens’ menswear show in Paris today. Jera, wearing an Owens mint green man-dress cum slouchy shirt, hit the catwalk brandishing a white sign that read: “PLEASE KILL ANGELA MERKEL NOT.” Angela Merkel, the German politician, has not yet released a statement on the stunt, but Owens’ camp did: “Rick Owens does not claim responsibility for the act of protest by a model at the Spring Summer 2016 show. This was an independent statement and does not reflect the opinion of the house of Rick Owens. We kindly request that all media omit or blur this image in the press.” Needless to say, the image of Jera with his handmade sign is now everywhere.

Marc By Marc Jacobs Goes To Wonderland With Disney