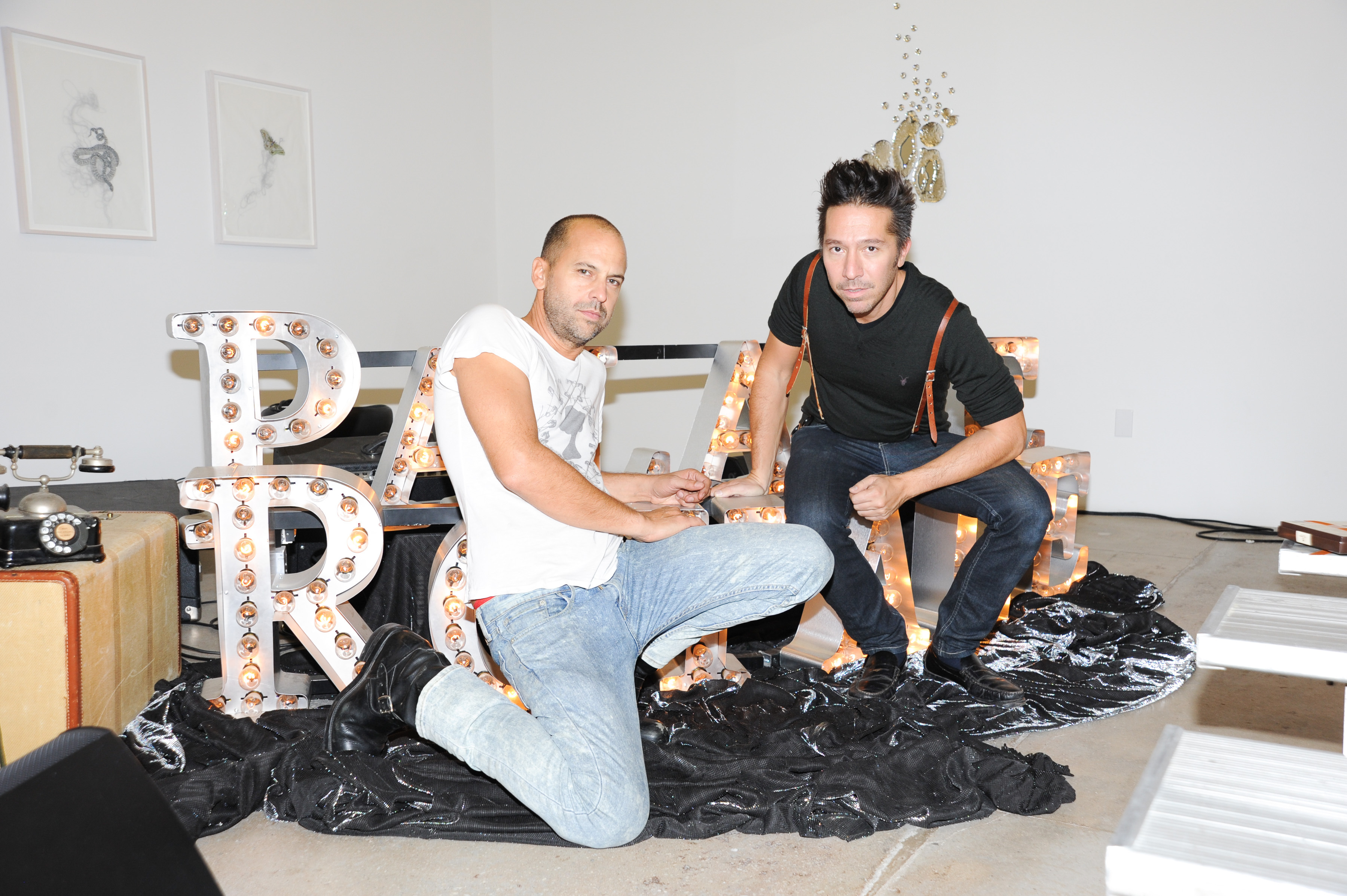 Ruffian’s Brian Wolk and Claude Morais finally showed their Spring 2015 collection last night for the first time in Los Angeles, after they broke from the NYFW calendar last month. For a front row crowd that included Rose McGowan, Cameron Silver, Jamie King (who we spotted backstage before the show helping with a last minute fix on a hat, which you just don’t see in NYC), and Teri Hatcher (whose daughter walked in the show), the Ruffian’s West Coast debut was an homage to their current stomping ground, L.A.

Why the shift in coasts? “After our show last season, we took a road trip across the country. When we got to L.A. there was this romance with the city that we fell in love his idea of text, and old marquees, and Hollywood and signs,” Wolk told us backstage at the Gavlak Gallery. “We wanted to do something that was truly Los Angeles and had its roots here so we sourced the fabric in town.” Textiles for the collection were from The Fabric Store in L.A., in fact. “We had someone who makes costumes for movies make all of the clothing. Everything was inspired, created, and sewn here. We wanted to give the city a Ruffian homage. Since it’s our first collection here, we decided that it only makes sense to do our first collection in black and white. Maybe next season it will be in technicolor.”

The stunning and well-crafted collection consisted of 25 black and white looks; afew favorites included the show’s opener, a black silk crepe dress with white button down collar as well as a text print tie and a white silk crepe cape jumpsuit. The Ruffians are perpetually full of surprises, but this collection felt particularly relatable to the women we know and what they’d wear to a cocktail party or on a first date in L.A. and beyond. Some of our favorite looks also included clever words from artist Maynard Monrow.

As for the models in the show: “We wanted to work with real L.A. women and so we cast [a few non-models] from L.A.; Elizabeth Stewart helped cast the show with her daughter’s friends,” Wolk said. “We wanted real diversity on the runway.” Stewart, also the show’s stylist, saw her very own daughter, a sophomore in high school, open the show. “She was totally into it, but it was definitely par for the course, because she’s my daughter, and she’s been subjected to a lot of crazy things,” Stewart told The Daily. “It’s a family affair.” On Ruffian’s Hollywood debut, in the words of Stewart’s daughter, “We were totally into it!” There was no doubt after the show that Ruffian is welcome to stay in town for as long as they want. (But we’ll still miss them in New York…)

McGowan later hosted a private dinner for the boys (and most of their front row) at Bar Marmont with drinks provided by CIROC. We hear she and other VIP guests were ushered to the occasion by Infinity of Beverly Hills. 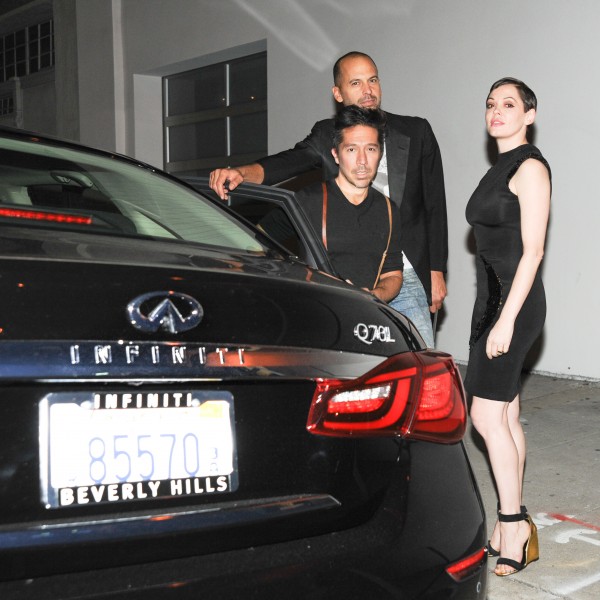 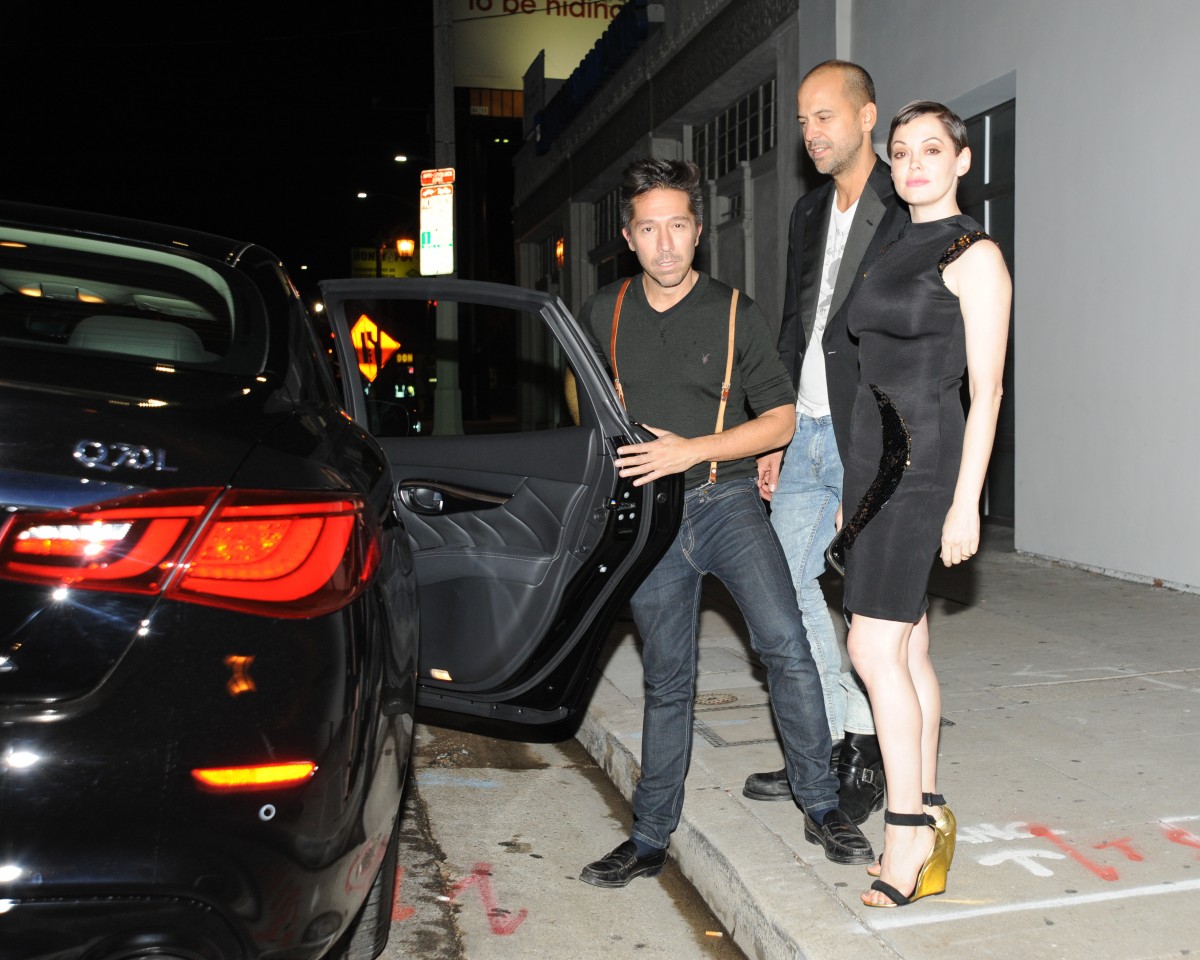